You have permission to edit this article.
Edit
Hub
News
Pets/Animals
Celebrations
Cheers!
Community Camera
1 of 4 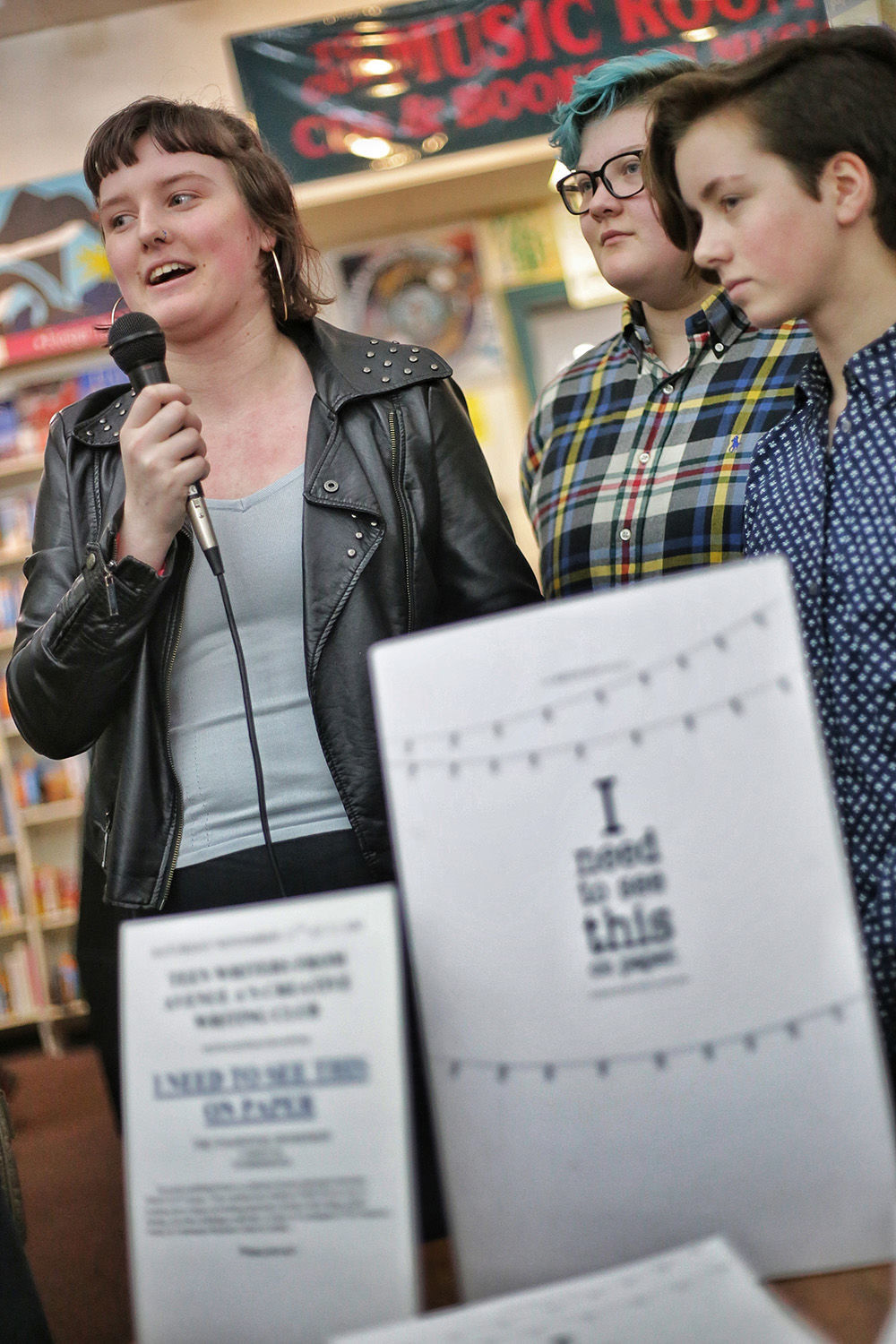 ConVal High senior Paula Kingsbury-Evans answers questions, as Gray Blake, senior, and Sarah Kingsbury-Evans, freshman, listen during a reading from a new anthology at The Toadstool Bookshop in Peterborough. 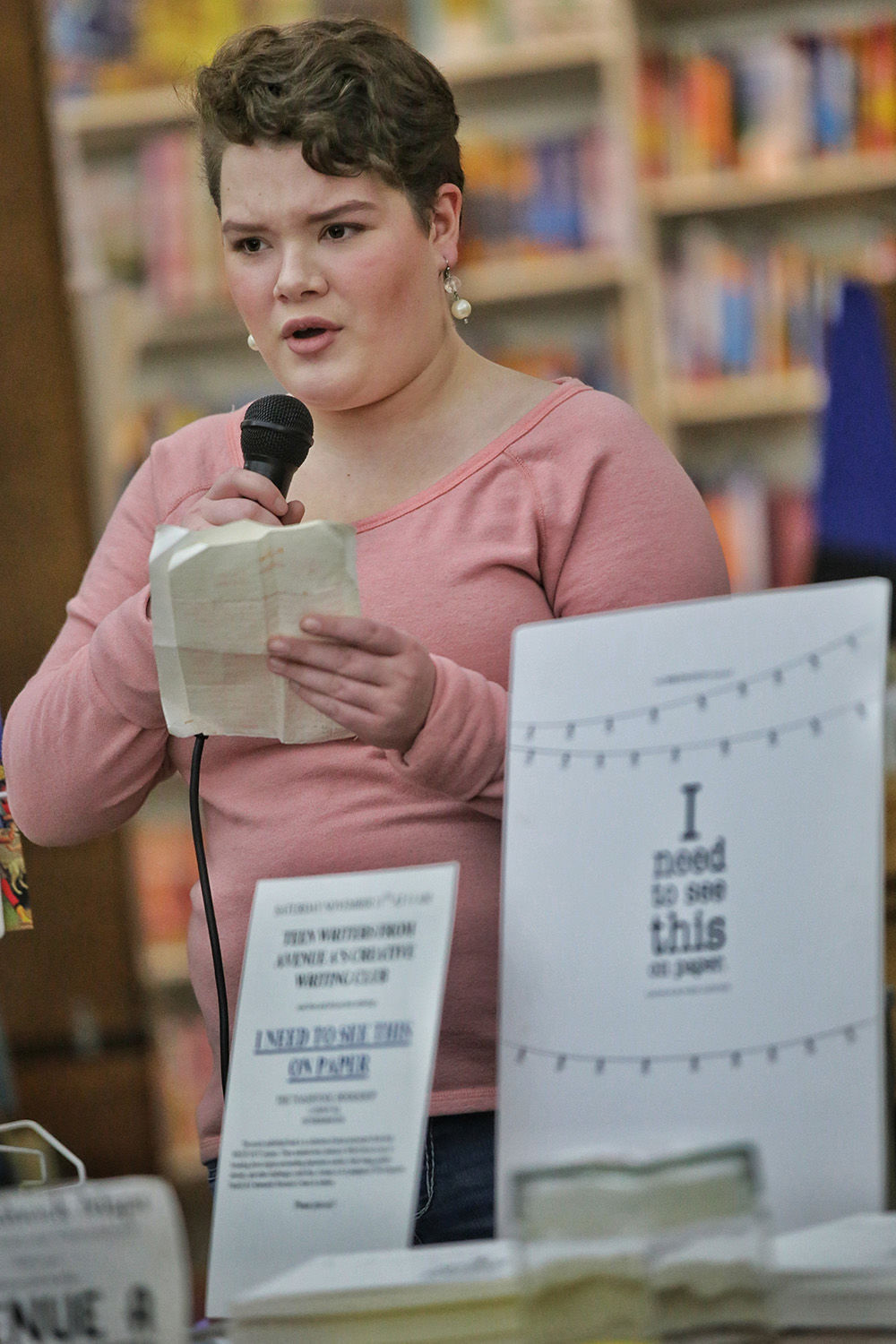 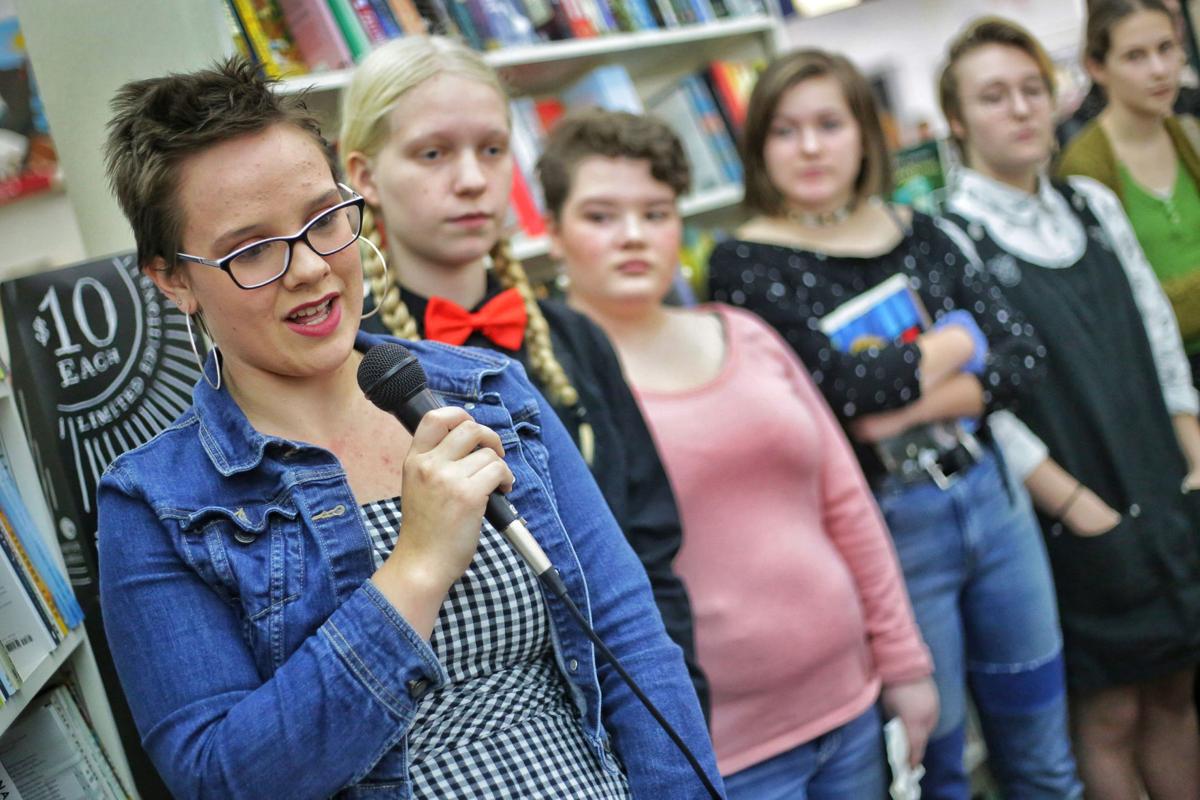 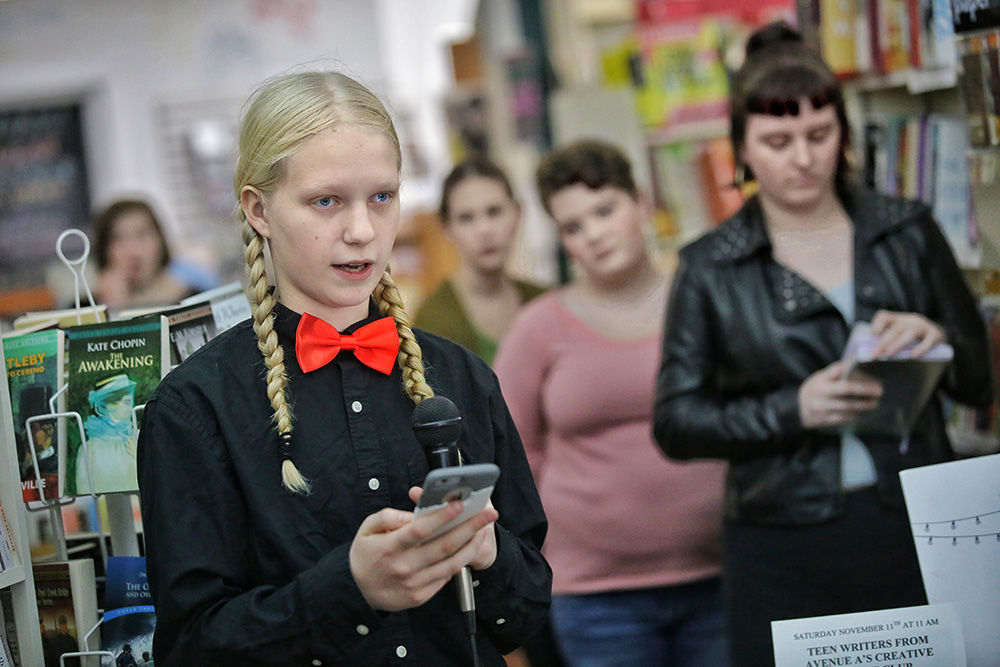 ConVal High senior Paula Kingsbury-Evans answers questions, as Gray Blake, senior, and Sarah Kingsbury-Evans, freshman, listen during a reading from a new anthology at The Toadstool Bookshop in Peterborough.

As most of you know, my pop was nominated twice for an Academy Award. James Whitmore was nominated for best supporting actor in 1950 for “Battleground” and best actor in 1976 for “Give ‘em Hell, Harry!”

Actually, I come from a family of professional artists. My son, Brennan, is a design editor with Gatehouse Media; my brother, Jim, is a television director of such shows as NCIS and Blue Bloods; my nephew, Jacob is a painter; my niece, Aliah, is a stage director; my wife, Eileen, is a professional comedienne having performed at the renowned “Ice House” in Pasadena, Calif., among other places; my other brother, Danny, is a photographer. I could increase the list ad infinitum.

Why is that germane to the incredible writing talents displayed this past Saturday at Toadstool Bookshop in Peterborough by a collection of teenaged writers? Maybe because praise from these quarters has some meaning. Maybe not. I will let you be the judge.

And praise is worthy when it comes to the new anthology of poetry and prose, “I need to see this on paper,” by eight teenagers from ConVal Regional High School. I had the opportunity to hear them with about a dozen other people read from their anthology Saturday at the Toadstool. The young writers belong to Avenue A Teen Center’s Creative Writing Club, which is part of The Grapevine Family & Community Resource Center in Antrim.

This anthology, part of the WRITE OUT! project, is not just a labor of love and support, it’s good. Really good. The writing skillset is above-average. The ability at such a young age to explore complex emotions intertwined with sadness and joy using only words captures the essence of life’s journey. The club is led by volunteer Cynthia West, a local writer, poet and publisher of “Monadnock Living Magazine.”

The anthology has received significant recognition already that includes a Bank of NH grant. The writing club has received grants from the National Endowment for the Arts award and the N.H. State Council on the Arts. The anthology will be distributed to at-risk youths across the state, including teens in the juvenile system, foster care and in substance abuse rehabilitation programs, according to West.

“It takes tremendous courage to express difficult feelings and these teens are an inspiration,” West said after the public reading at the Peterborough bookstore. The Avenue A Creative Writing Club is the only out-of-school youth writing mentorship program in the region, according to West.

The opening of the anthology sets the tone when it quotes Annie Dillard, a 1975 Pulitzer Prize winner in general nonfiction for “Pilgrim at Tinker Creek.”

It reads: “The impulse to keep to yourself what you have learned is not only shameful, it is destructive. Anything you do not give freely and abundantly becomes lost to you. You open your safe and find ashes.”

The listed authors of the anthology are Mars Bernabeo, Isabel Dreher, Paula Evans, Caroline Riffle, Georgia Stone, Rachel Sturges, Odessa Vassar and Oliver Ward. The poetry and prose are not identified with a specific author because some of the work was too personal, many of the authors said.

Stone said she found emotional stability in the writing, yes, but also in the community offered by the writing club.

“I love going to the club every week because of the support it provided me,” Stone, 17, said after the reading at the Toadstool Bookstore, 12 Depot Sq. “This will help me for the rest of my life.”

“It has been great for me, absolutely,” Dreher said. “I looked forward to it every Tuesday. It has been a fantastic outlet. It has been a super fantastic stabilizing force in my life.” (See her poem, “A Wanted Poster for the Words I Can’t Find”)

The audience also was appreciative of the work, many saying it was “significantly better than expected.”

“The quality of the work is pretty amazing,” said Peter Tuttle, a well-known local author. “I really like the fact they did the work in a non-competitive atmosphere. They’re good writers. I hope they keep at it.”

Tuttle’s work includes “The Porch of Common Prayer,” “Looking for a Sign in the West,” and a translation for the Barnes & Noble classics series of The Canterbury Tales into Modern English.

Rosalys Wilson of Peterborough said the writing was exceptional.

“I admire these teens,” Wilson said. “Their writing is special, and it takes courage to stand up there in front of us and read their work. I am impressed.”

When the program was over, and the crowd was thinning out, Jacqueline Roland, Avenue A coordinator, summed up the event, saying, the writers are “incredible.”

“I am so impressed with their work,” Roland said. “These teens are courageous and so very talented. The feeling of support they give each other is remarkable. This is one of my favorite programs at the center.”

A Wanted Poster for the Words I Can’t Find

For When You Need A Reminder by anonymous

For When You Need A Reminder

The Orange Peel by anonymous