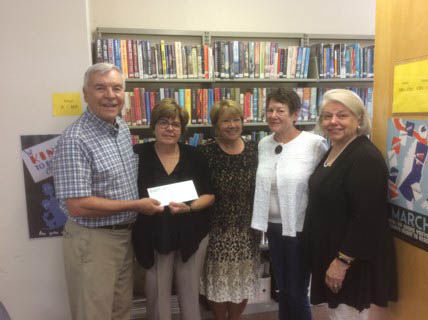 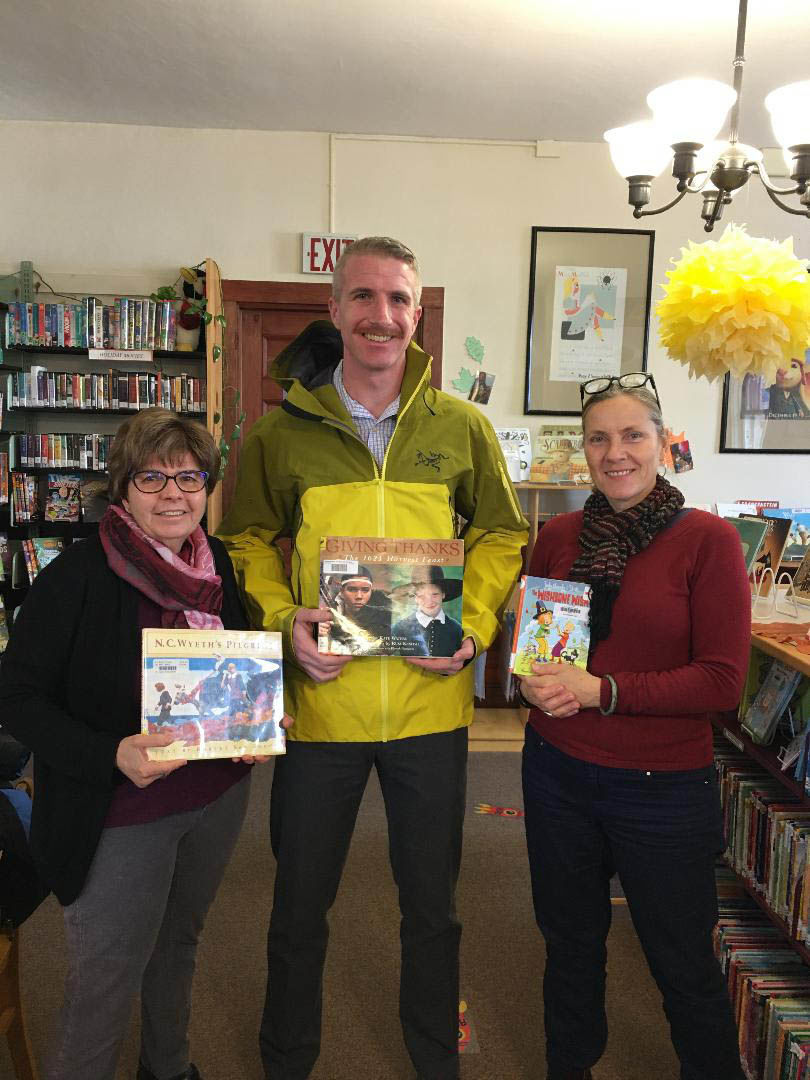 For the past year, Swanzey’s Mount Caesar Union Library has worked to raise funds for its Next Chapter Capital Campaign. Goals of the campaign are to install an elevator to all three levels of the facility, improve access to the building, develop space for community and educational meetings, historic preservation of the 1843 building, ADA compliant bathrooms, display of the town’s historic antiquities, and improvements to energy efficiency. Co-chairs Kathy Habiby and Ken Goebel announced that the campaign had received $200,000 in contributions toward the $1.5 million goal.

Recently Connor Jennings, a community relations representative of Eversource, dropped by the library to present a check for the project. Eversource joins the several foundations and businesses who have offered support to the Capital Campaign. Other contributors include Mascoma Bank, the Richards Foundation, The Epps-Jefferson Foundation, The Terra Nova Trust of the New Hampshire Charitable Foundation; The NH Preservation Alliance; The Savings Bank of Walpole; Walier Chevrolet, Frazier & Son, Park Place Veterinary Hospital, American Legion Post 84, as well as many individual donations.