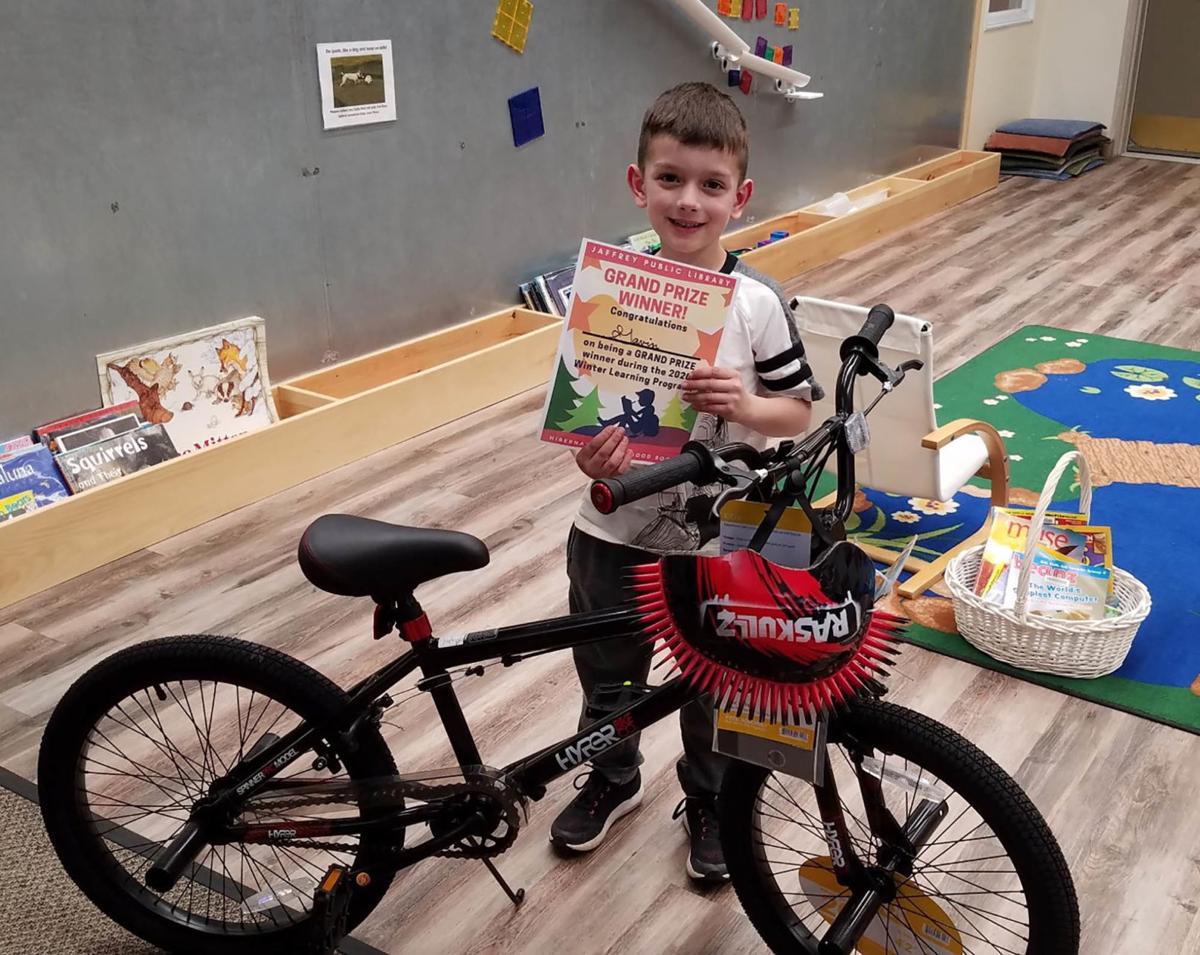 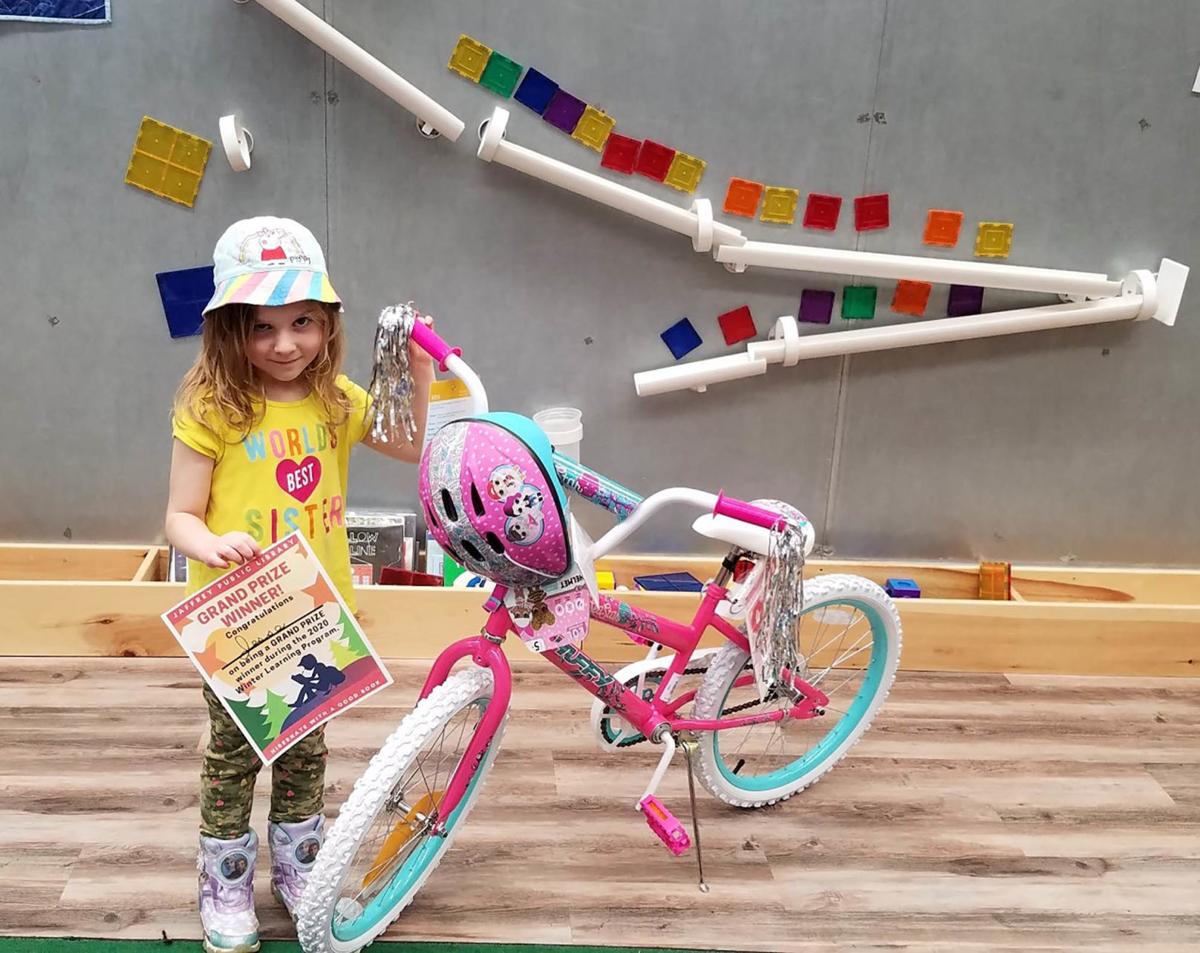 Every child and teen who completed the library’s challenges received a new book to take home along with a raffle ticket for the grand prize drawings.

This year’s grand prizes of two new bikes and helmets, sponsored by Charity Lodge of Jaffrey as part of the Masons’ national Bikes for Books program, were awarded to Jesse Levesque and Gavin LeBlanc, both of Jaffrey. An additional grand prize, a 3D pen, given to the program by an anonymous donor, was awarded to Sienna Johnson also of Jaffrey.