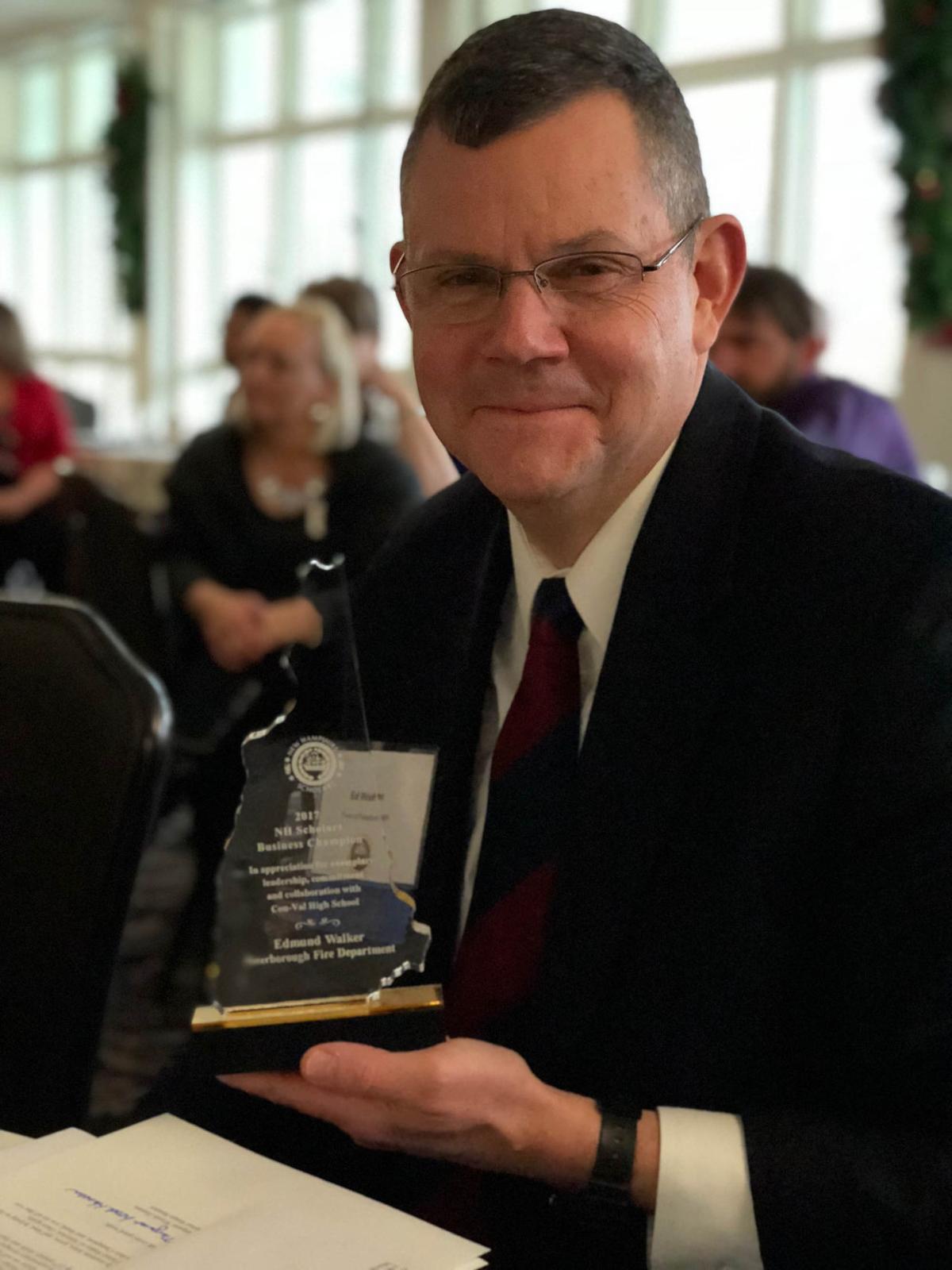 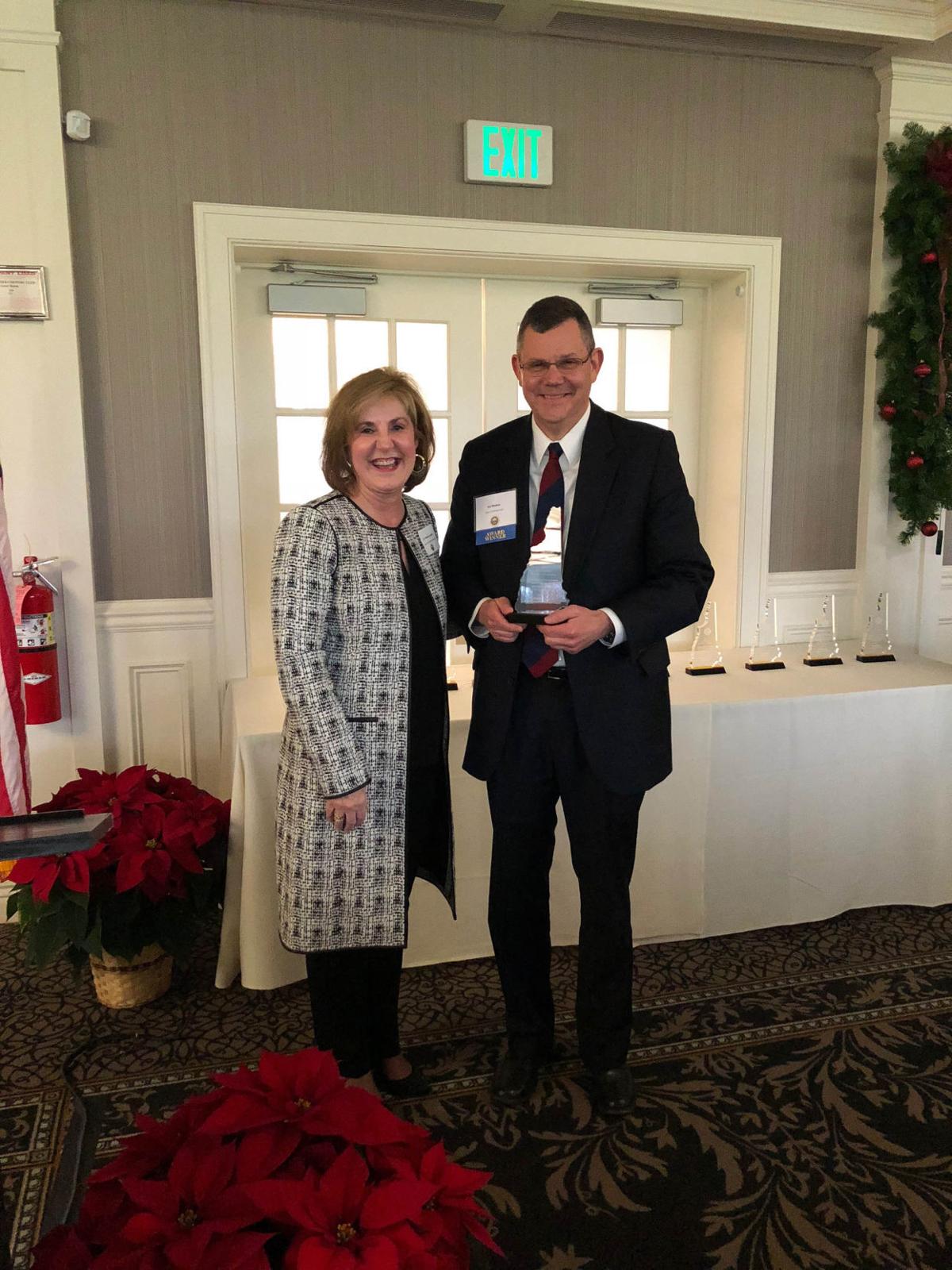 Peterborough Fire Chief Ed Walker was recognized as a New Hampshire Scholars Champion during a breakfast ceremony at the Manchester Country Club earlier this month.

The “Breakfast of Champions: Celebrating School Business Partnership” event was sponsored by the N.H. Department of Education, Unitil, BAE Systems and NH Learning Initiative. It brought businesses, educators, and legislators together to discuss emerging trends in workforce development.

The keynote address was given by former governor John Lynch. Awards were presented by Patty Lynott, president of Southern New Hampshire University, and Tom Raffio, president/CEO of Northeast Delta Dental.

Awards were presented to community leaders who exemplify outstanding business education partnerships and have a decisive impact on student success. Walker was recognized for his commitment to advancing partnerships dedicated to student success through his contributions to the new Fire Academy Program at ConVal Regional High, his work with the Substance Abuse Task Force, Youth Mental Health First Aid, and the Peterborough Rotary Club.

When it was announced in January 2016 that the fire science program serving students in the ConVal, Conant, Mascenic, Milford and Wilton-Lyndeborough communities would no longer be offered, Walker contacted ConVal regarding the possibility of Region 14 and the ConVal School District offering a new fire science program.

He was instrumental in bringing it to Peterborough, and reached out to the Monadnock Area Fire Chiefs’ Association for its support. Walker is also a member of the ConVal Substance Abuse Task Force, and has been an active participant in the Operation Santa Program.