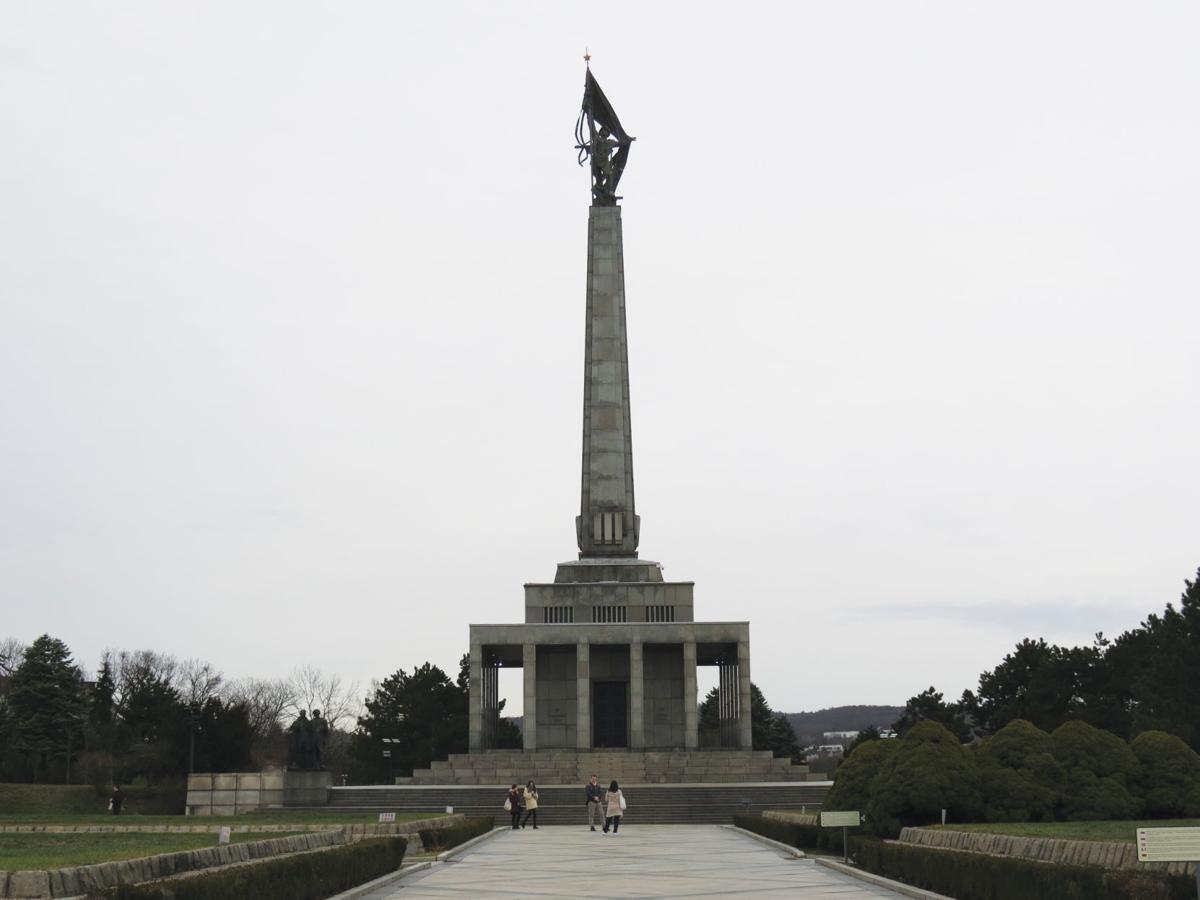 The Slavin Memorial in Bratislava, Slovakia, built to commemorate Soviet soldiers who died liberating the city during World War II. 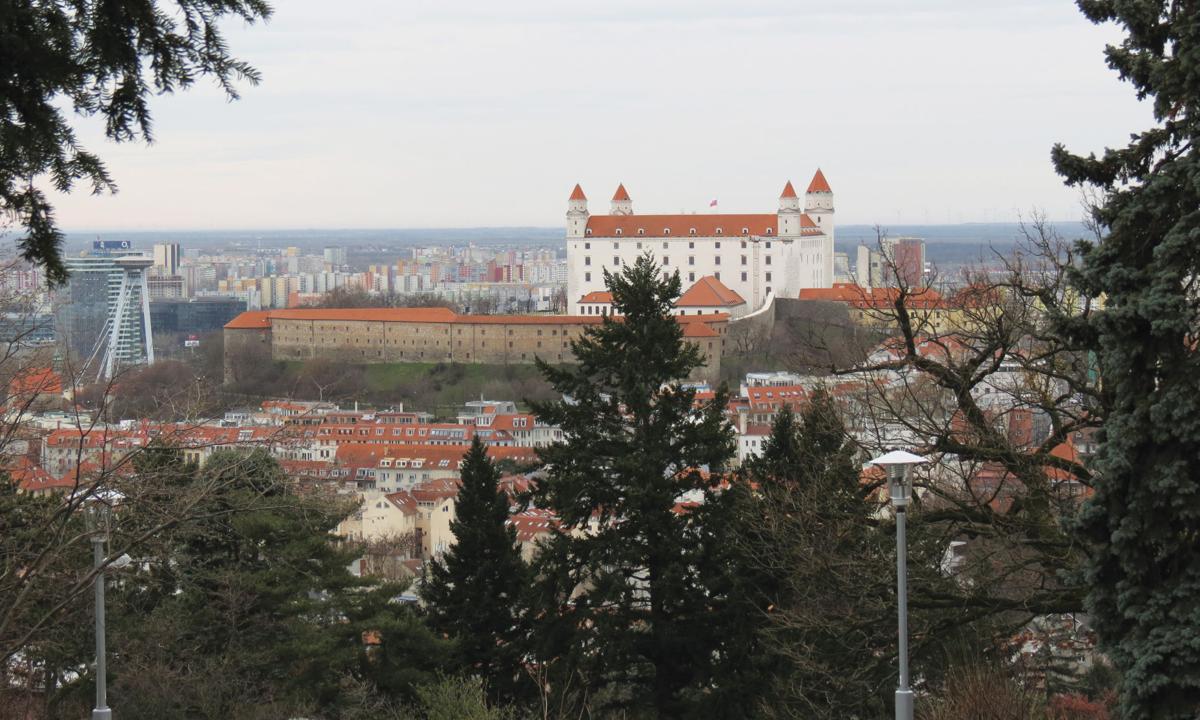 Above, the view from the Slavin Memorial in Bratislava, Slovakia. Below, the memorial was built to commemorate Soviet soldiers who died liberating the city during World War II.

The Slavin Memorial in Bratislava, Slovakia, built to commemorate Soviet soldiers who died liberating the city during World War II.

Above, the view from the Slavin Memorial in Bratislava, Slovakia. Below, the memorial was built to commemorate Soviet soldiers who died liberating the city during World War II.

A KGB officer stares at me intently as I sip on Slovak pivo (beer). The beer is light and frothy but the Soviet insignia hanging overhead casts a shadow on the table and darkens the brew.

Here in the KGB pub, tucked away in a dim cellar, crimson flags and stern portraits of Soviet leaders are merely edgy bar decorations. Communism is hip, not happening.

The KGB officer with a staring problem is just a stone bust cemented to the bar. However, I tense up as I meet his furrowed gaze.

Before the Velvet Revolution in 1989, Slovakia, then part of Czechoslovakia, was a communist country. After the defeat of Hitler’s regime in World War II, Bratislava was subsequently cloaked in red and flooded with Soviet soldiers. From there on, freedom had its conditions.

Four decades later, not a single life was lost when the Communist regime fell by the wayside. Both Slovakia and the Czech Republic have since prospered as post-communist countries, but 29 years after the Velvet Revolution, communism is still very much immortalized, though not glamorized.

Here in Bratislava, I see it everywhere. Behind the charming cobbled edges of Stare Mesto, the Old Town, stand rows and rows of communist-era apartment blocks in the borough of Petržalka, often nicknamed the “Bronx of Bratislava.” The plainly colored buildings jut high into the sky and dominate the skyline. Older generations still remember the times of Soviet domination when every aspect of a person’s life was controlled by the government. Free media was replaced with propaganda. Phones were tapped, houses were bugged, land was seized, and churches condemned. Politicians were suspicious of the citizens they were supposed to protect, and citizens feared the government they were supposed to trust.

And so, it seems so strange that one of the most beautiful sights in Bratislava is the Slavin Memorial, a monument celebrating communism and the replacement of one regime with another. Built in memory of the Soviet soldiers who perished while liberating the city from Nazi occupation, the angular statue, thin and sharp like a gleaming pin, can be seen from almost anywhere in Bratislava. It’s a tremendous sight, especially in the evening when thin veils of fog soften the glow of the flashing blue lights tucked into the monument.

In a country when the days of communism still feel so recent, surely an inescapable symbol of communism would sour the mood.

But stand on top of the Slavin peak for long enough and the immortalization of communism comes to mean something else entirely, because directly in front of the Slavin Memorial lies the soft-hearted and indestructible soul of Bratislava. The face of St. Michael’s Gate holds a compassionate expression, one that has remained unchanged for centuries. The red-roofed buildings congregating around the city’s core glow much deeper than communism and fascism ever did. Here, the true Bratislava, the true Slovakia is apparent.

At the height of communism, Slovaks could still envision a more beautiful Slovakia, even when the seemingly untouchable pillar of communism loomed over them.

A sip of communism may still linger, but the heartbeat of Slovakia is one that drums the songs of freedom, of courage, of authenticity.

And Big Brother is simply a stone bust with a staring problem.

Anna Fay is a graduate of Keene High School and Ithaca College, where she studied creative writing. Before she moved to Marlow at the age of 10, Anna lived overseas in the U.K., Singapore and Slovakia. She has now returned to her childhood home of Bratislava, Slovakia, this time as a writer and editor for the Slovak Spectator. You can read more about her adventures abroad at https://gobsmackingblog.com.