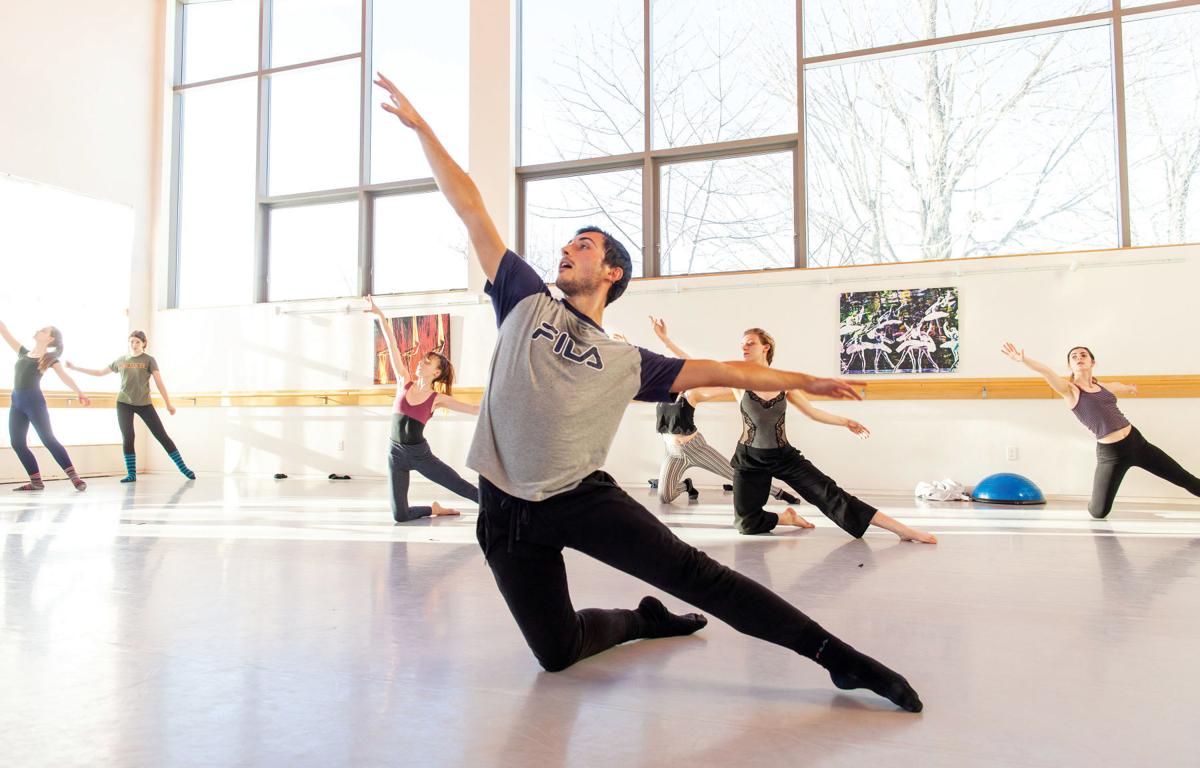 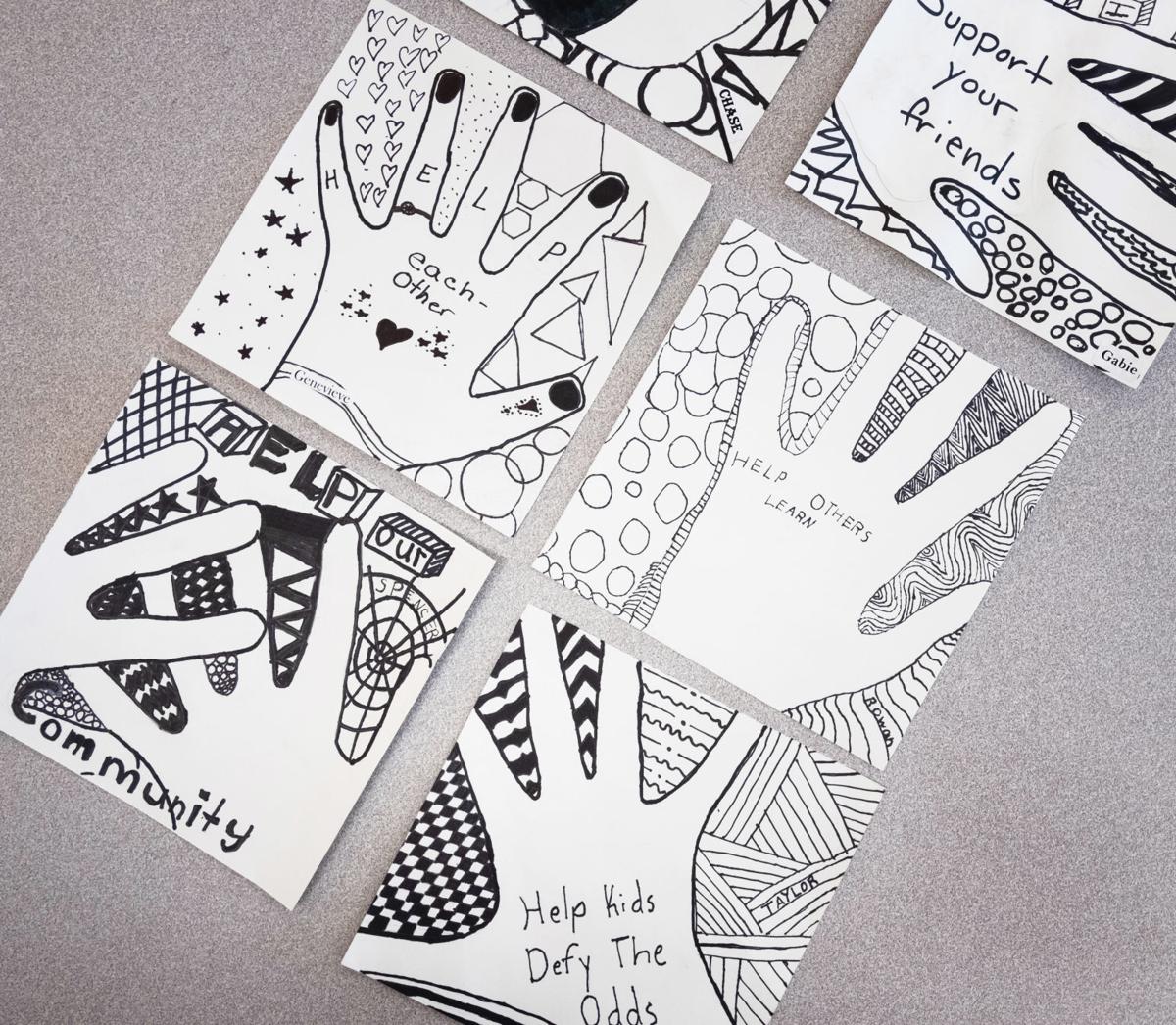 Some of the tiles created by Hinsdale Elementary School students. 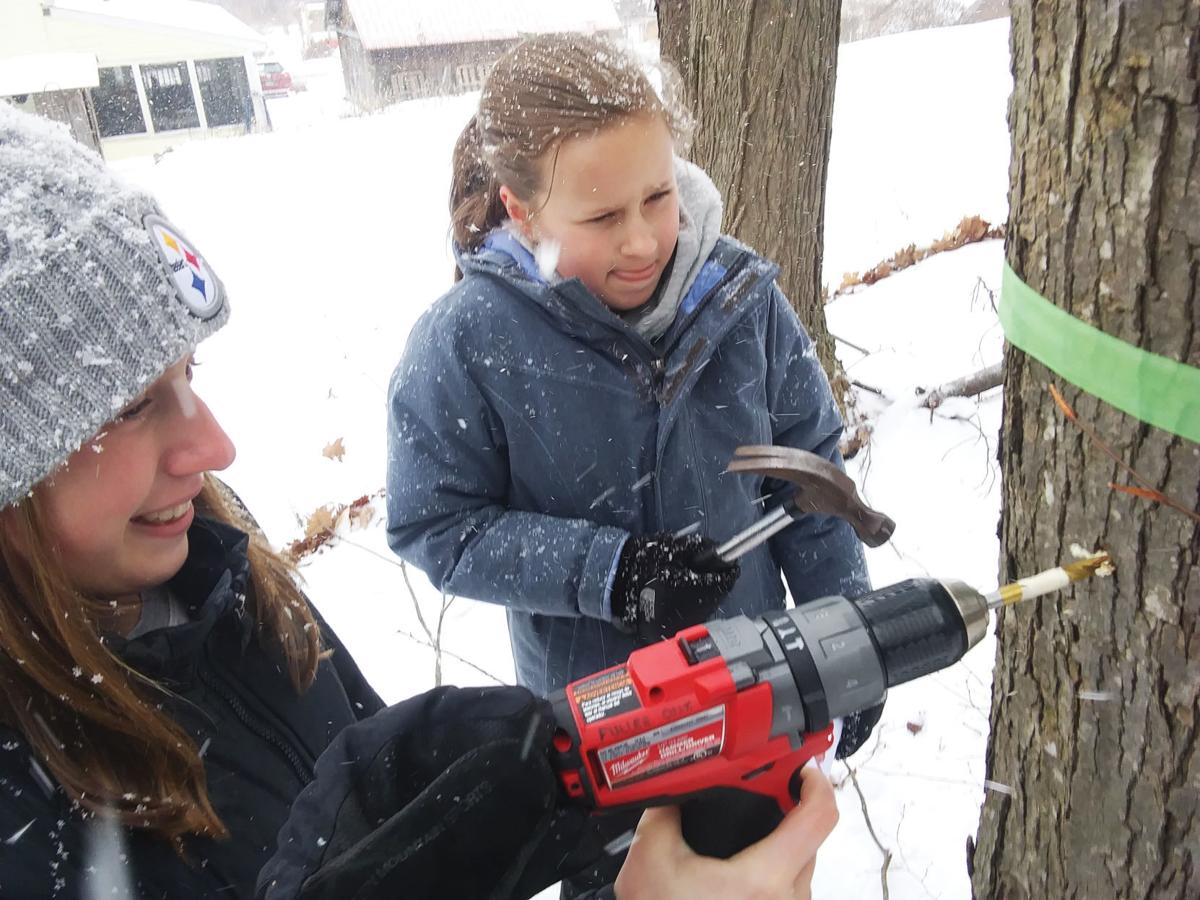 Some of the tiles created by Hinsdale Elementary School students.

Students at The Putney School got a glimpse of life in show business last month with a visit from Nimbus, a professional dance company based in Jersey City, N.J.

This is the eighth year the ensemble has visited the Vermont boarding and day high school for its week-long annual residency, which includes a series of master classes and culminates in a free public performance for the community.

Each trimester, between 30 and 50 students participate in the school’s dance program, according to Jessica Batten, the program’s director. Students can take technique classes in ballet, jazz and modern dance during the school’s afternoon activities, along with an “evening arts” class that introduces them to a range of styles, such as Latin dance, hip hop and belly dancing.

“The (dance students) look at them like they’re the top-notch superstars,” Batten said. “They actually are, but it’s nice to see the students appreciate them and see what they’ve dedicated their lives to, and also see where dance can lead you if you wish to continue on that trajectory of your training.”

This year, six students shared the stage with Nimbus to perform “Memo,” a piece that explores personal memories and individual narratives. Batten said she worked with the students to choreograph short movement sequences inspired by memories they would never want to forget, which were then combined with Nimbus’ choreography.

The night of the performance, the audience was asked to write down memories — in five words or less — that were then read aloud during the dance.

“So then the narrators on stage are actually reading back to the audience their own memories as they’re seeing the dancers perform and move to their own memories,” Batten said. “So it’s a big swirling circle, but it encompasses everybody.”

She noted that this year’s performance was especially poignant, as one of the students, Ellie Mellowship, also danced in “Memo” as the child of a faculty member when the piece was first performed at The Putney School several years ago. In addition to that piece, the show featured two other original works choreographed by Nimbus’ artistic director, Samuel Pott.

“In my opinion, it’s an art form that can be used to feel things and be moved by things and to experience things on an individual level and a subjective perspective,” Batten said. “But also when you’re watching dance, like in the case of seeing it in the performance, then it’s something that you share as a collective as well.”

This year, 5th-graders at Hinsdale Elementary School have been working together to design porcelain tiles for a new mosaic. The display will decorate the corridor of a new addition to the elementary school building, which was unveiled in September and houses six new classrooms and two rooms for the school’s music and art programs.

The class chose the theme “Helping Hands” for their mosaic. Each student created a drawing representing the theme, which will then be engraved onto a porcelain tile and incorporated into the 64-tile display.

“They knew this was more than a regular assignment because it would become a permanent part of the building,” said art teacher Jen Towle. “I was moved by their designs, which revealed how much they care for others.”

The installation is set to be unveiled in May, and each student will receive a replica keepsake of the tile they created.

Over the next seven years, each subsequent 5th-grade class will add a new section to the mosaic until each student currently enrolled in pre-kindergarten through 5th grade has added a tile to the display.

The project is supported by the Hinsdale Education Foundation. To learn about sponsoring a tile in the mosaic, visit www.hinsdaleef.org or contact the foundation at hinsdaleef@gmail.com.

Students at Fuller Elementary School in Keene are becoming experts in maple sugaring.

JJ Prior‘s 5th-grade class recently learned how to identify maple trees in the winter without their leaves. Using that knowledge, the students tapped a total of 36 trees on the Fuller School property, learning how to safely drill into the trees without damaging the bark. Each student “adopted” two trees to record and graph the amount of sap collected, and then measured the circumference of each tree and documented its GPS coordinates.

They’ll now store the sap and then boil it to the necessary density, taking it from about 1 to 2 percent sugar to 66 percent sugar. The students will continue their research this spring by choosing a topic related to maple trees or to the sugaring process.

The project was made possible by a grant from the N.H. Farm Bureau‘s Agriculture in the Classroom program, in addition to donations from The Home Depot, Walmart and Hannaford, and discounted equipment from Bascom Maple Farms in Acworth.

What’s going on in your school? Let us know! Education reporter Meg McIntyre can be reached at 352-1234, extension 1404, or mmcintyre@keenesentinel.com. Follow her on Twitter at @MMcIntyreKS.