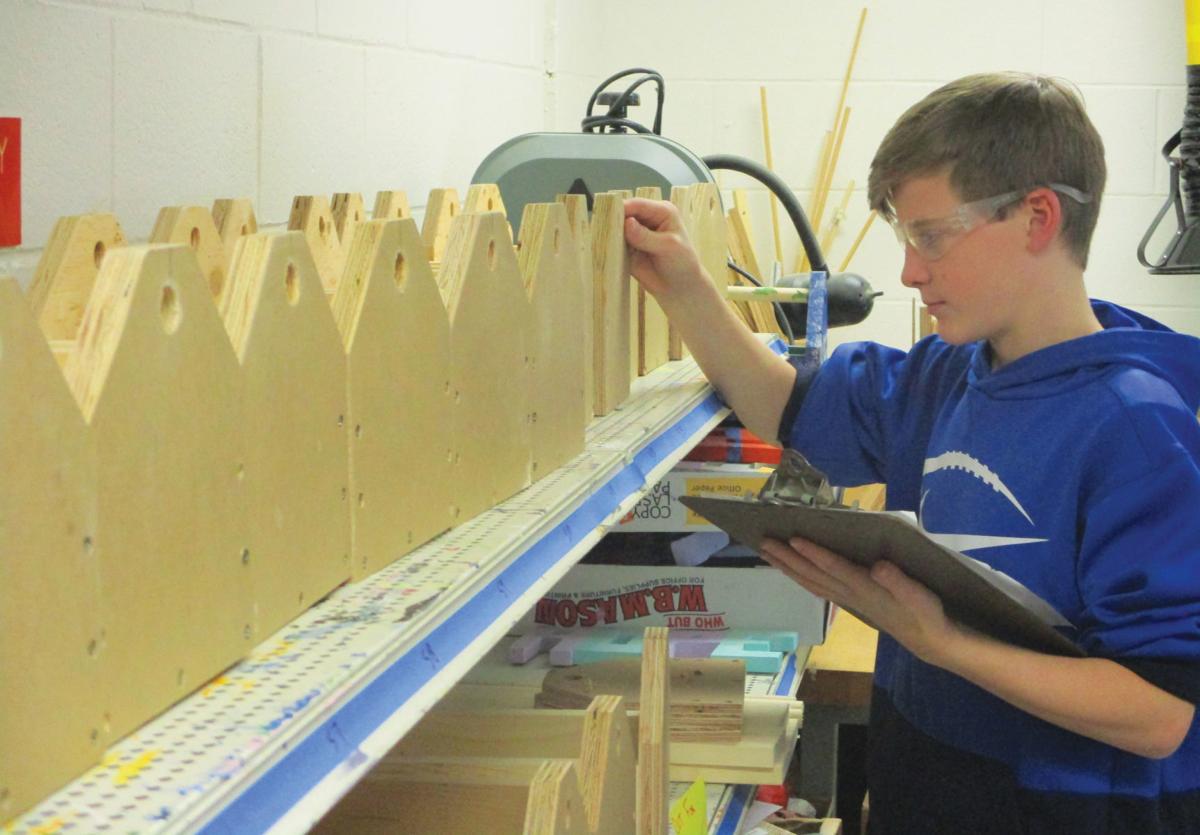 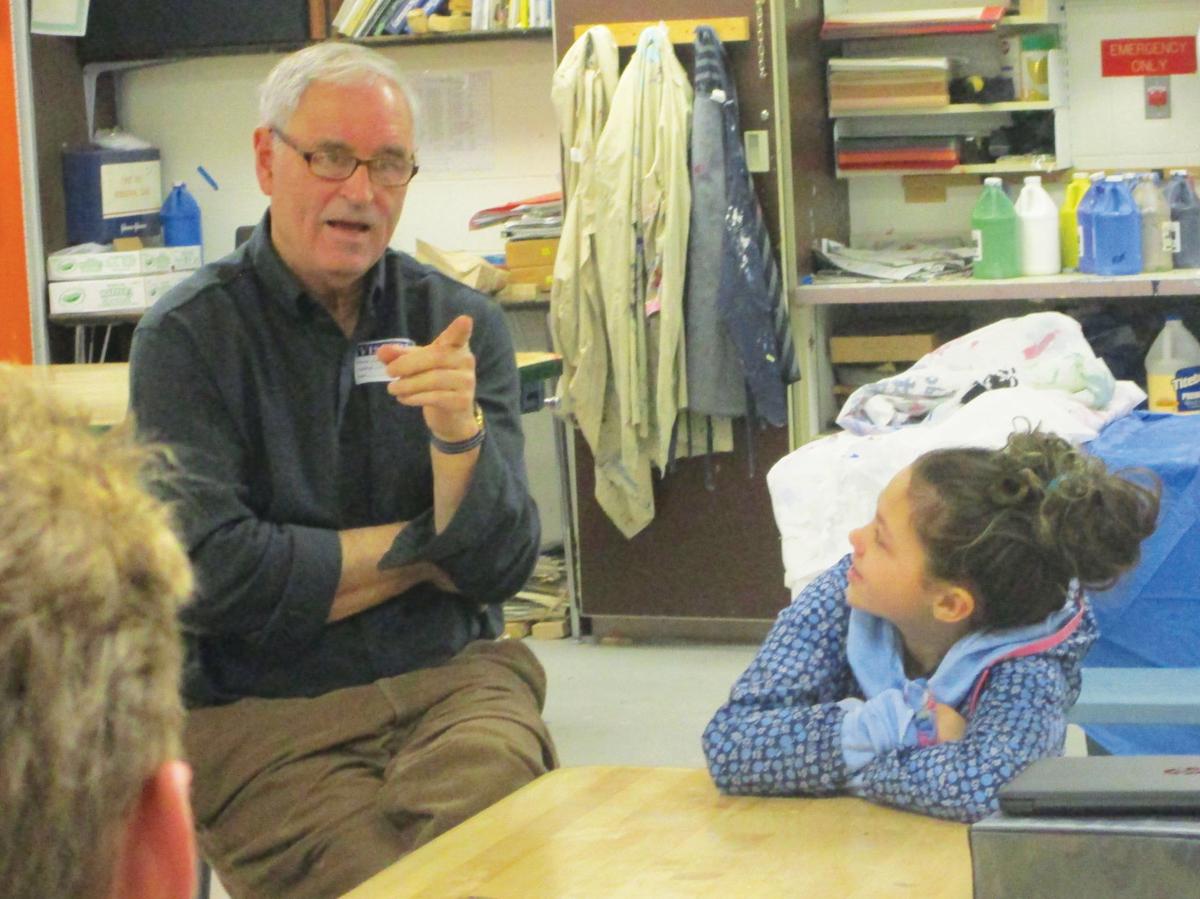 John "Chick" Colony 3rd speaks to students about the manufacturing industry and running Harrisville Designs since 1971.

John "Chick" Colony 3rd speaks to students about the manufacturing industry and running Harrisville Designs since 1971.

When it comes to making things, and to starting a business, John “Chick” Colony 3rd emphasizes the “free” in free enterprise — stressing that in America, it’s easier to do than anywhere else.

That was his message to students when he recently visited Dwain Hammett‘s 8th grade integrated art and technology classes at South Meadow School in Peterborough.

Colony, who co-owns textile manufacturing company Harrisville Designs, is one of several local professionals Hammett has invited to speak in the classes as part of their manufacturing unit. He said the idea is to give students a real-world connection to what they’re learning in the classroom.

It’s a way for them to learn about all the different jobs that are possible in the manufacturing field, he noted.

“It’s not just sitting on an assembly line; it could be accounting, it could be engineering, design,” Hammett said.

The students spent several weeks during the unit designing, constructing and painting wooden tool boxes, some of which they sold to Jaffrey-based building-supply company Belletetes. Hammett said the students rotate through different “jobs” to simulate what working for an actual manufacturing company might look like.

He has been including the unit in his curriculum for three or four years. And now that the high school has launched a manufacturing program for community college credits or apprenticeship hours through its career and technical education center, it’s a good way for students to gauge whether they’d be interested in pursuing the field further, he said.

Locally, there has been a longstanding and well-documented need for skilled employees in area manufacturing companies.

“There’s a demand for workers. Not that that’s what they’re going to do, but they’ll know about it,” Hammett said of his students. “They’ll know what it takes to make something, and meanwhile they’re learning the skills.”

During Colony’s visit, he spoke with students about the costs of production and running a business, using the cost of producing an iPhone as an example. He said his goal was to help the 8th-graders understand the opportunities available to them if they have an idea and want to start their own enterprise.

“It’s not just kids. Most people don’t realize what you can do if you want to do it,” he said. “There are no constraints to this, starting a business.”

For the second year in a row, Wheelock Elementary School physical education teacher and Keene High School gymnastics coach Amy Ballou has been nominated for the LifeChanger of the Year Award.

The award is presented by the National Life Group Foundation and recognizes K-12 educators and school district employees who have made a positive impact on students’ lives.

“Amy Ballou has been our assistant coach for gymnastics at Keene High School for several years. She took over as the head coach two years ago and has done a terrific job with bringing new KHS students into the sport,” said Mike Atkins, director of athletics at Keene High School, in a news release. “She is supportive, outgoing, approachable, and a positive role model to all her students/athletes.”

The grand prize finalists will be honored at a national awards ceremony in the spring.

Registration is required and can be completed in person at 312 Washington St. or online at https://keeneparks.recdesk.com/Community/Home.

What’s going on in your school? Education reporter Meg McIntyre can be reached at 352-1234, extension 1404, or mmcintyre@keenesentinel.com.