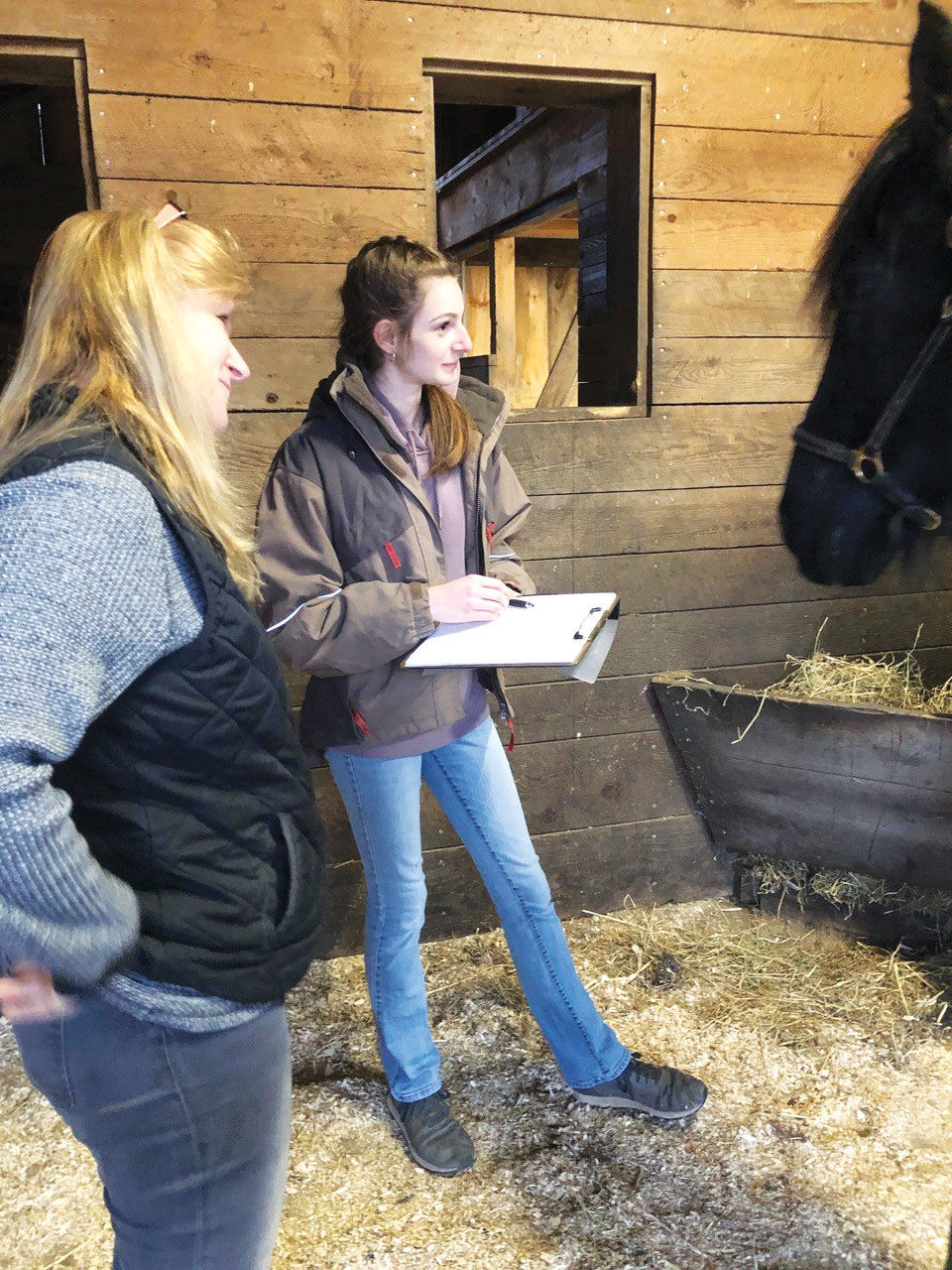 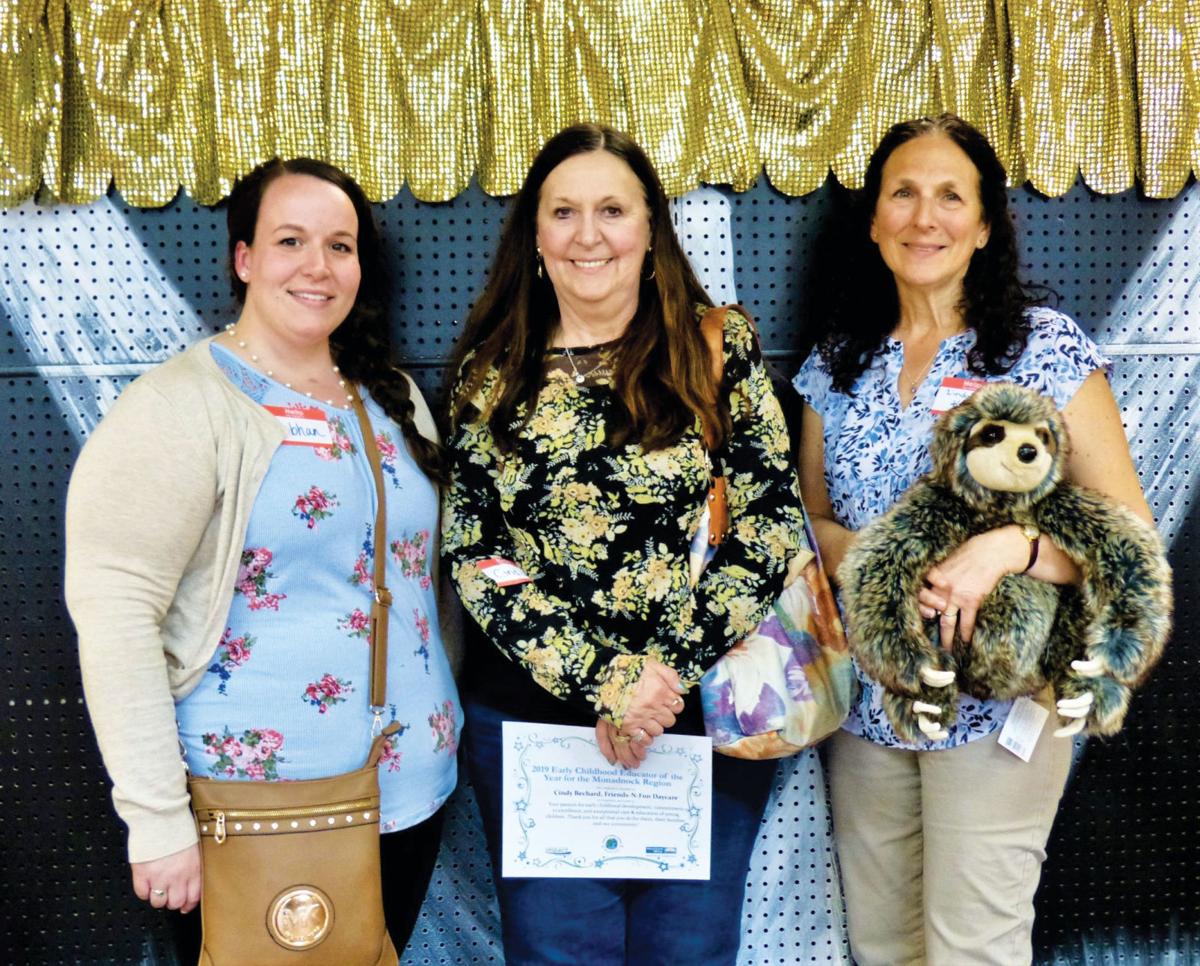 Siobhan Raymond, Cindy Bechard and Linda Kinson were named Early Childhood Educators of the Year for the Monadnock Region. 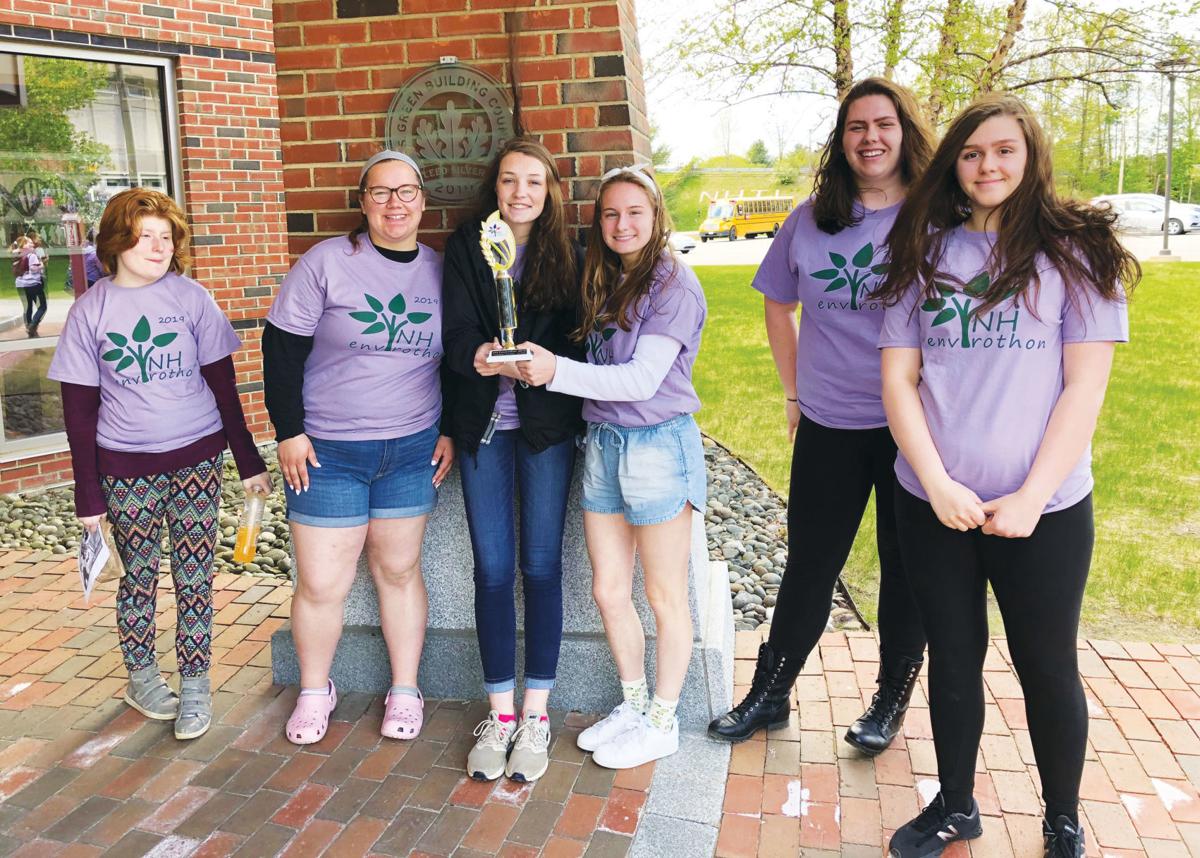 Siobhan Raymond, Cindy Bechard and Linda Kinson were named Early Childhood Educators of the Year for the Monadnock Region.

She started out as a kindergartner at Surry Village Charter School, which her mother, Matora Fiorey, helped found and who has been the director since its inception in 2006.

Tori was the first student to complete kindergarten through 8th grade at Surry Village, she said. And when it came time to decide where to go to high school, MC2 was just starting in Keene — so she opted to continue on the charter school path.

“When I went and ‘graduated’ 8th grade, as you say, it seemed unnerving to go to Keene High just because I had never been in a school over 100 kids,” Tori said.

At MC2, she enjoyed the freedom to come up with projects and research topics independently. But Tori said she sometimes struggled with self-direction and motivation to complete her assignments.

It’s a challenge she might not have encountered in the same way in a traditional high school, she said — and something she had to work hard to overcome. But she learned a valuable lesson, she said:

There are parts of the traditional high school experience she sometimes wonders if she missed out on — like prom and Friday night football games — but overall, she’s glad she opted to continue in charter schools. That’s because of the close relationships with teachers and sense of community she found, along with the opportunities to participate in internships, conferences and other types of real-world learning.

Tori is still deciding what she wants to do next, and for now, she is working part-time at Surry Village Charter School and continuing an internship she began while at MC2 working with horses at Meadowmere Farm in Vernon, Vt.

She doesn’t think college is the right path for her, but she might consider trade school or another path to a hands-on career.

“I like to do a lot of the hands-on work, so if I could do a job that just has me do apprenticeships and internships sort of deal — I really thrived in doing that hands-on kind of learning,” she said.

The Rindge Woman’s Club is offering three scholarships for Rindge residents for the 2019-20 academic year.

Two of the scholarships, each $1,000, are open to adult women who plan to return to school to gain new skills for employment or career advancement. The funds can be used for a certificate program, or for an associate degree, bachelor’s degree or master’s degree at an accredited institution. Preference will be given to women seeking an undergraduate degree.

The third $1,000 scholarship will be awarded to a Rindge resident who is studying plumbing or electrical trades. Adults or graduating high school seniors may apply, and the scholarship can be used for a full-time accredited program at a two- or four-year college or technical school.

The deadline to apply is July 31. Applications are available at www.rindgewomansclub.org. For more information, contact rindgewomansclub@gmail.com or Sarah Dengler at sarahjdengler@gmail.com.

Participants are selected based on their leadership abilities, academic achievement and interest in government and current events. The program is open to girls who have completed their junior year of high school.

During the week-long experience, students from across New Hampshire will learn about how state, town and city governments work. They will elect their own town, city, county and state officials, hold a caucus and primary elections, and participate in a convention rally and general legislative sessions. They will also introduce and debate their own bills.

Two outstanding participants will be selected to attend the American Legion Auxiliary’s Girls Nation event in Washington, D.C., in July.

Three area educators were named Early Childhood Educators of the Year for the Monadnock Region by the Cheshire Children’s Museum and Impact Monadnock/Monadnock United Way. Siobhan Raymond of Jaffrey Head Start, Cindy Bechard of Friends-N-Fun Daycare in Marlborough and Linda Kinson of Keene Montessori School were honored on May 7 during a celebration for early childhood educators at the Keene museum.

The Keene High School Envirothon team took third place at the state Envirothon competition at NHTI in Concord last week. The team — Olivia Auger, Denali Croteau, Emily Fowler, Meredith Lewis, Elizabeth Parshall and Lindsey Walker — competed in four rotations in which they had to demonstrate their knowledge in forestry, soil science, aquatics and wildlife. They placed first in the aquatics and soils division.

The students also had to give a presentation on an environmental topic, and chose to research and present on advancing technology in agriculture. Twenty-two teams from across the state competed.

What’s going on in your school? Education reporter Meg McIntyre can be reached at 352-1234, extension 1404, or mmcintyre@keenesentinel.com.