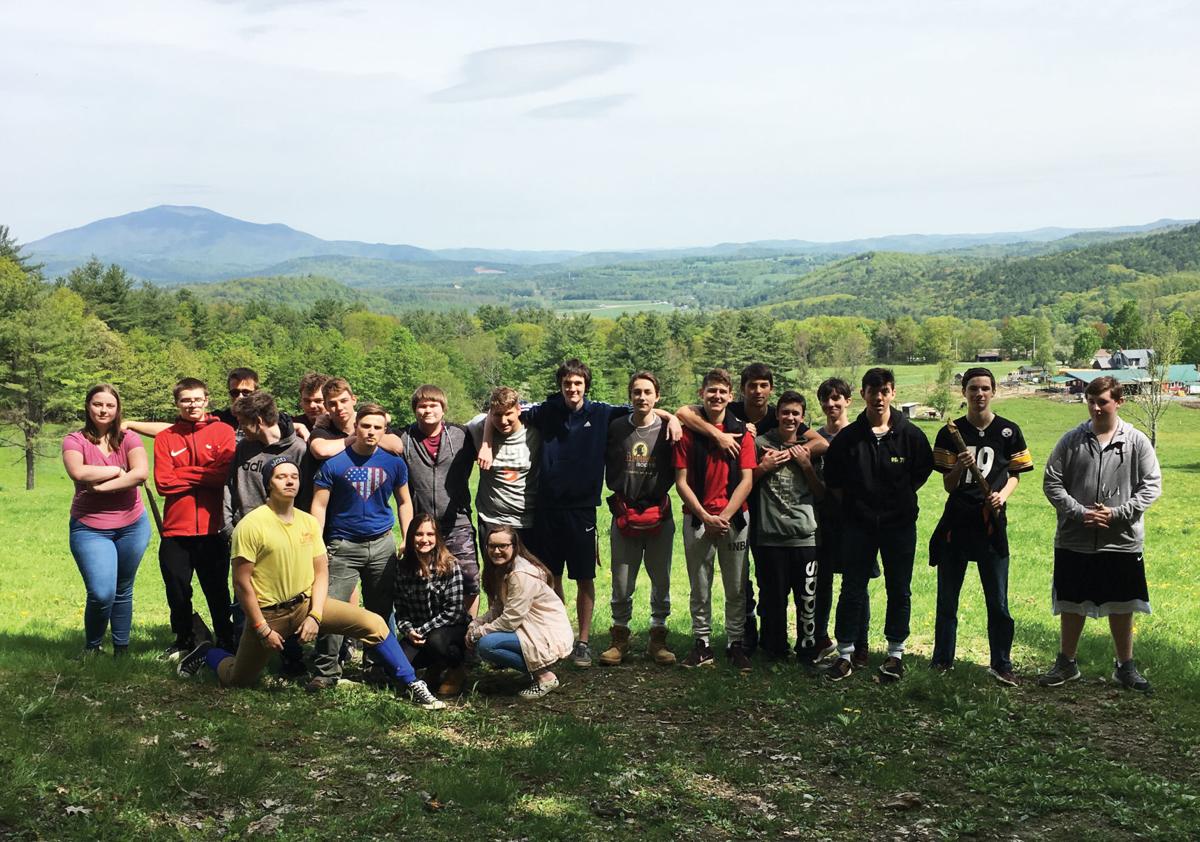 Fall Mountain Regional High School students take a break after collecting several soil samples during a trip to Long View Farm in Charlestown, where their teacher is a farmer. 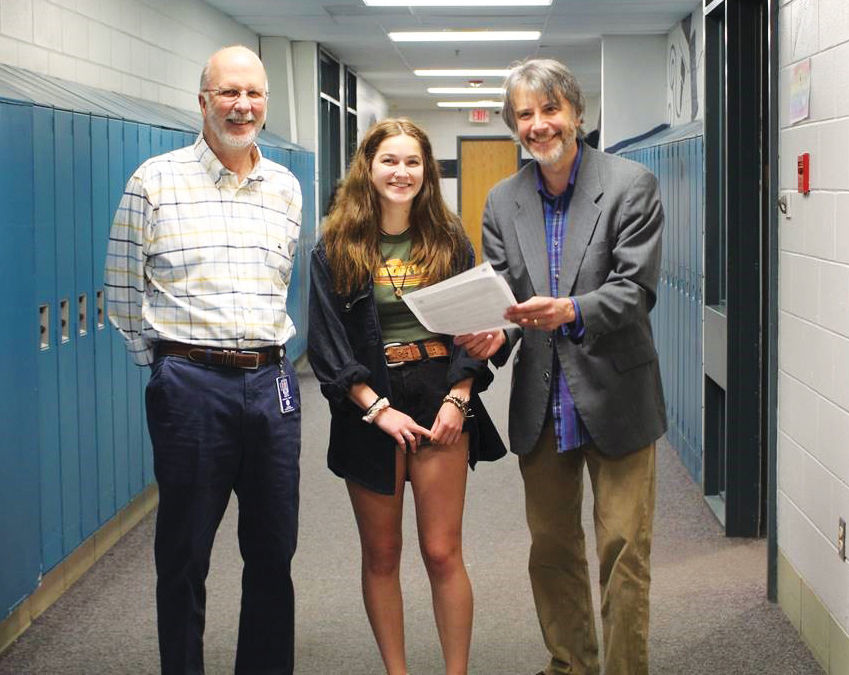 Fall Mountain Regional High School students take a break after collecting several soil samples during a trip to Long View Farm in Charlestown, where their teacher is a farmer.

Last month, students at Fall Mountain Regional High School traded a day in the classroom for a day on the farm.

Twenty-five biology students in 10th and 11th grades visited Long View Farm in Charlestown with their teacher, Jay Fisher, who is also a farmer there. Fisher said he’s brought environmental science classes to the farm in the past, but this is the first time he’s crafted a biology field trip to the property.

After a brief lecture in the outdoor classroom on Fisher’s porch, the students visited the farm’s hay fields to collect soil samples, learned about the history of the land and toured the farm buildings to learn how they were built with sustainable and restorative methods.

The trip was an opportunity for them to see real-world examples of nutrient cycling, food webs and other biology topics, Fisher said. For example, the students learned about ecological succession — progressive change in an ecological habitat — by observing pine trees that were once alone in a field but are now surrounded by forest.

“The great thing was, I was able to throw so much content at them in three hours on the farm. And I’m convinced that it sticks better because they have context for it,” Fisher said. “They now think ‘ecological succession’ and they’re thinking about that tree that we stood under and that forest.”

Students also got the chance to meet Long View Farm’s draft horses and learn about their different jobs on the property, from harvesting lumber to acting as “ambassadors” for visitors, he said.

Looking to the future, Fisher said the farm intends to continue emphasizing education through field trips and seminars. He’s interested in expanding visits to the farm to other schools, or perhaps developing an extended learning opportunity (ELO) for students to gain school credit there.

“This was a pretty perfect field trip that I think I could repeat with any biology class. It would work for environmental studies, we could do physical science on the farm,” he said. “I hope to have it available for homeschooling students and even seminars.”

For more information about visiting the farm, contact Fisher at longviewfarminc@gmail.com.

A student at ConVal Regional High School in Peterborough is one of two Granite State teens chosen to serve as New Hampshire Youth Poet Laureates for 2019-20. Rising ConVal senior Rachel Sturges and Littleton High School student Falon Smith will serve in the position for one year to act as ambassadors for youth poetry in the state.

Filmmaker Ken Burns, whose production company, Florentine Films, is based in Walpole, has awarded The Grammar School in Putney, Vt., a $50,000 matching grant to bolster donations toward the school’s annual fund.

“The Grammar School is flexible enough to understand that we move a class through the system but we also move individual students in that class through that system,” Burns said in a news release from the school. “That’s pretty impressive and I haven’t seen that anywhere else.”

Quick Studies is going on summer break! See you in the fall! Meg McIntyre can be reached at 352-1234, extension 1404, or mmcintyre@keenesentinel.com. Follow her on Twitter @MMcIntyreKS.