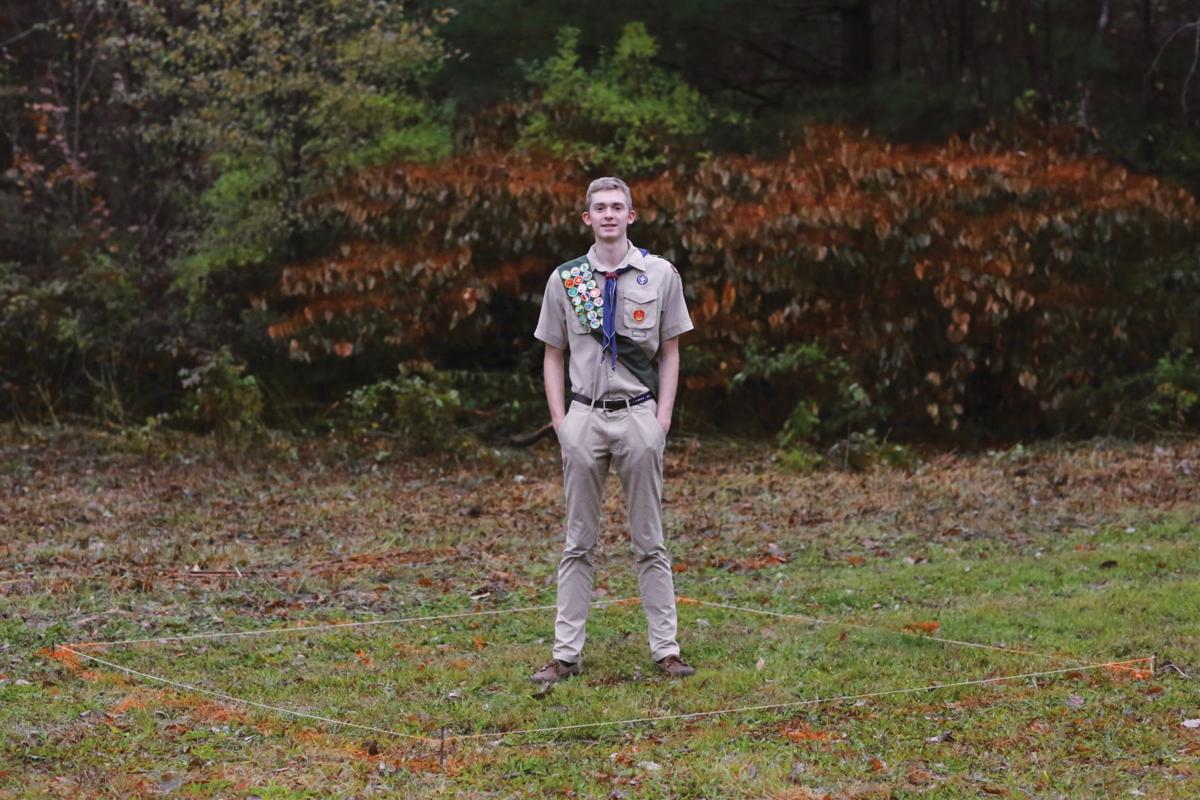 Wyatt Switzer stands in the spot in Marlborough where he will construct his Eagle Scout project, a veterans war memorial. 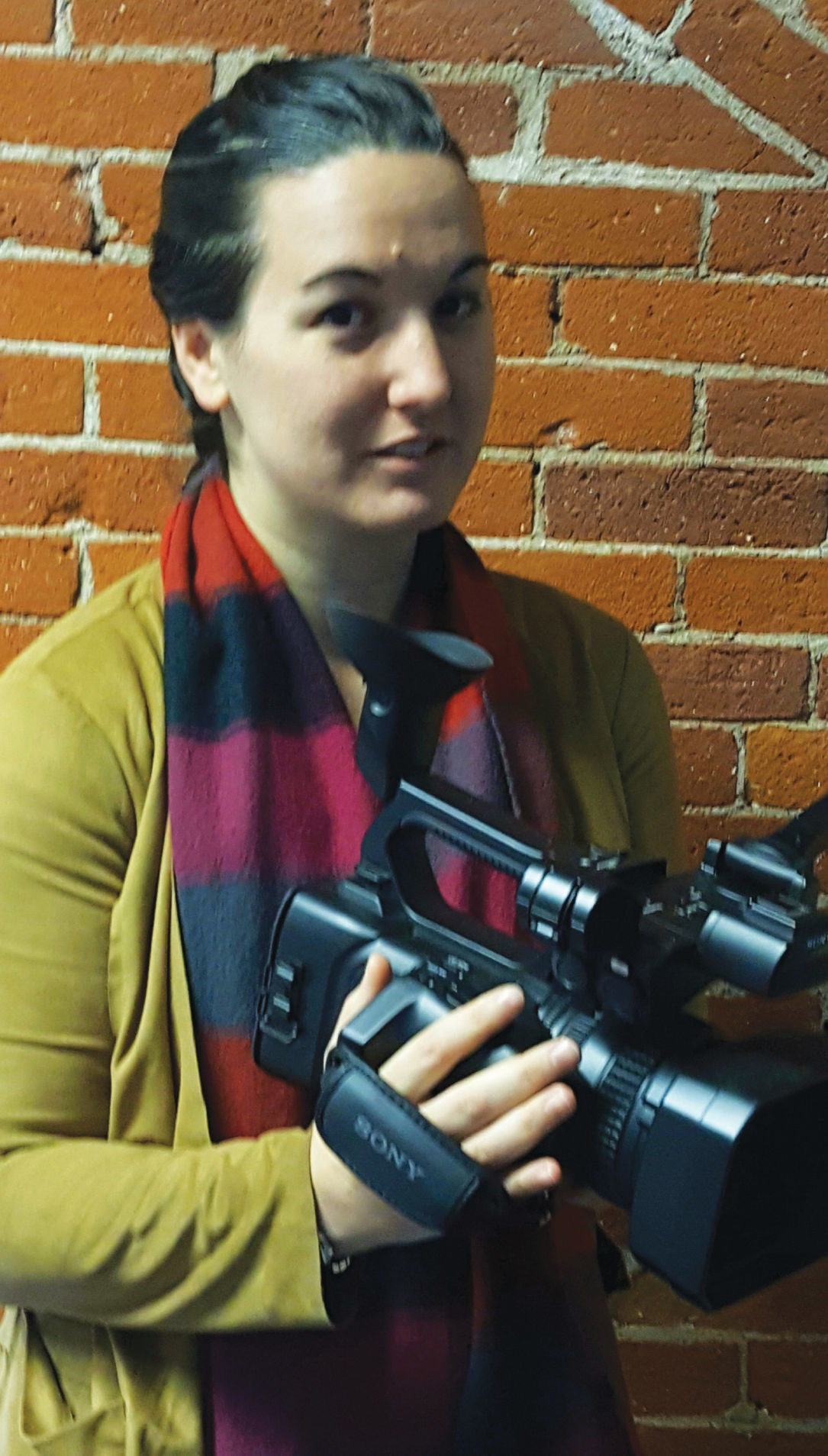 leadership award and grant to develop a mobile media lab.

Wyatt Switzer stands in the spot in Marlborough where he will construct his Eagle Scout project, a veterans war memorial.

leadership award and grant to develop a mobile media lab.

Wyatt Switzer, a Dublin School senior from Marlborough, is a Life Scout in Marlborough’s Troop 14. This month, he plans to build a veterans war memorial near Marlborough Elementary School as part of a project to earn his Eagle Scout rank.

He chose the project in part as a way to give back to American Legion Post 24, which sponsored his Cub Scout pack and helped fund some of the pack’s scouting activities, he said.

“Obviously I can’t really repay them for that; no monetary value or physical value can give that back to them,” he said. “But this is me just trying to do something to thank them for what they’ve done for me and a lot of my friends growing up.”

The memorial will be a 10-by-10-foot patio made of red bricks surrounded by granite pavers, with a 25-foot flagpole in the center, according to Switzer. It will take about 450 bricks and 40 pavers to construct, he said. Once completed, the memorial will provide a place to host commemorative events on holidays such as Flag Day and Memorial Day.

To help with the cost of the project, Switzer held a “buy a brick” fundraiser last month selling bricks and pavers to be engraved and included in the memorial. He sold 42 bricks and 11 pavers — raising $3,800 — that will be etched with special messages memorializing individual veterans and thanking them for their service.

Weather permitting, Switzer hopes to have the memorial completed by Veterans Day on Nov. 11, when it would be dedicated to the American Legion.

For Switzer, who has been involved in scouting since 2nd grade, completing his Eagle Scout project is exciting. He recalls meeting a recently graduated Eagle Scout when he was in 3rd grade and immediately admiring the older scout.

“The way he held himself was something I’ve looked up to for a long time now,” he said. “Now to be kind of in his position, where I’m working on this — it’s pretty surreal and it’s something I’ve worked for for 10 years to get to now.”

Elizabeth Cardine, lead teacher at Making Community Connections (MC2) Charter School in Keene, has been selected by the Nellie Mae Education Foundation as a recipient of the Lawrence O’Toole Leadership Award.

Cardine was nominated for the award by Kim Carter, MC2’s CEO, and selected based on her proposal for how the school would use the $15,000 grant that accompanies the honor.

She worked with Owen Steelman, a phase two student — roughly comparable to a sophomore at a traditional high school — at MC2, to develop a proposal for a project she describes as “Change.org meets StoryCorps.”

The funding will help the school purchase a mobile media lab that students will use to record and produce video interviews with their peers about experiences with learning and student-centered practices in schools.

“Maybe they’ve had a great learning experience in their life and they want to share it, or maybe they want to speak out about what they think students need more of in their schooling,” Cardine said.

The goal is to speak with students across the country, not just locally, and Cardine and Steelman have already made plans to attend a student conference in Washington, D.C., to collect student stories there, she said.

Cardine noted that she submitted the proposal in early 2018, at a time when students nationwide were becoming particularly active following the deaths of 17 students and staff in a shooting at a high school in Parkland, Fla. This idea is that this project — which the school hopes to publish once it’s completed — can be a way for students to channel storytelling into advocacy and activism on their own behalf.

“Time and again, whenever you want to build empathy you do it through storytelling,” she said. “So we’re really hopeful that in trying to promote storytelling and sharing of experiences across diverse geographic, socioeconomic, experiential backgrounds, that kids and adults can start learning to understand each other better and start to work towards solutions in a larger context.”

Though Cardine said receiving the award is a “strange honor,” she said it’s also a testament to the strength and focus of MC2’s program.

“We strive to be intensely student-centered here at MC2, and the fact that a student helped me fashion this project and they’re helping me execute it, and that Nellie Mae saw value in this idea of sharing stories and hearing from the kids directly — it’s very affirming to the work we do,” she said.