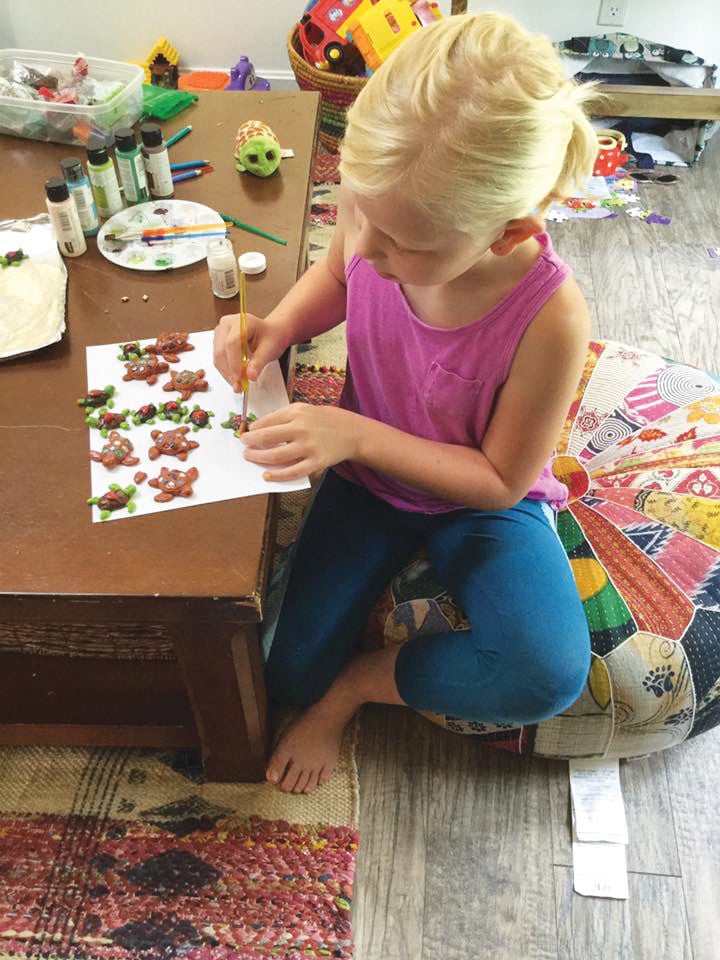 Heidi Bell, 10, of Peterborough makes some of the crafts she sells to raise money to help the endangered sea turtle. Below, Heidi meets a sea turtle at the New England Aquarium. 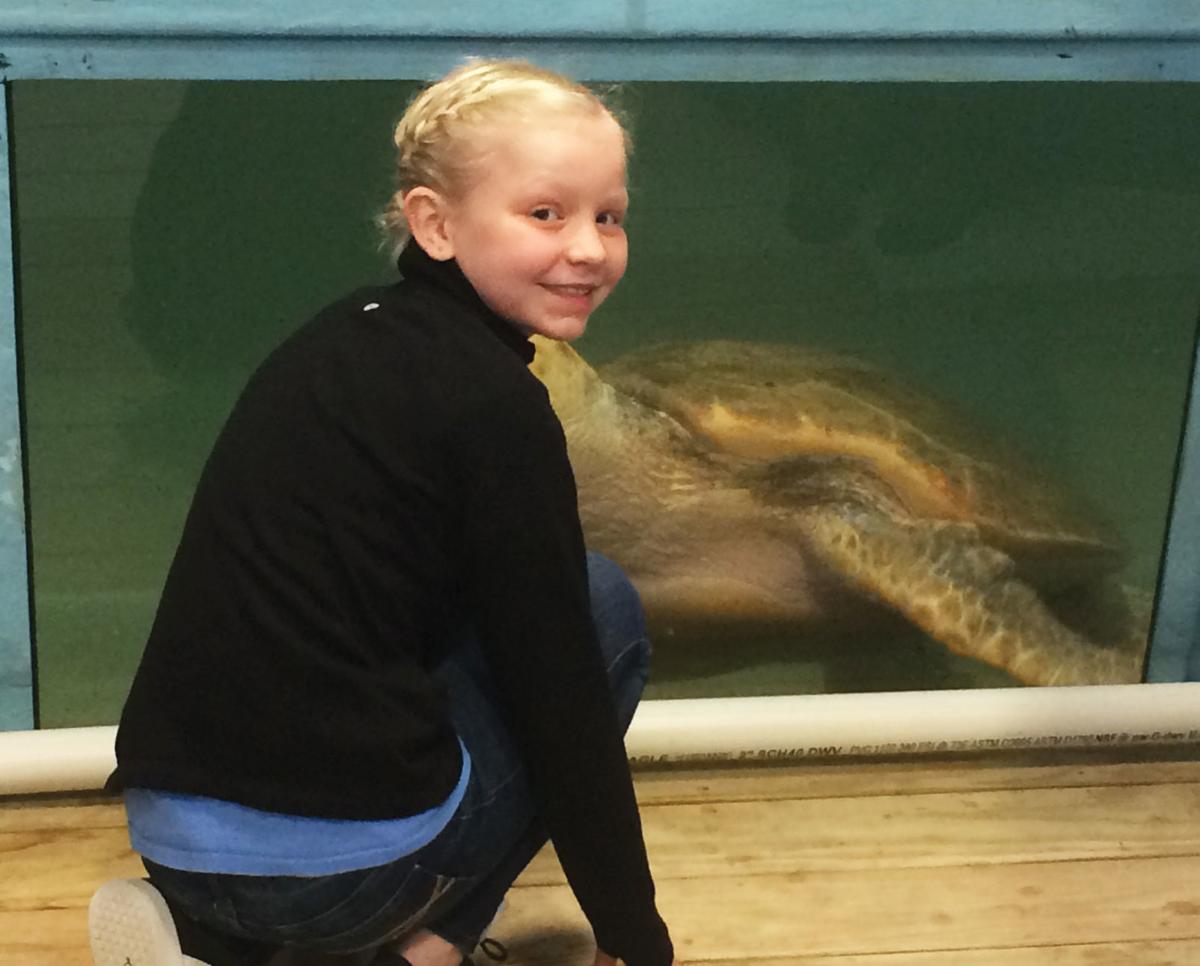 Heidi Bell, 10, of Peterborough makes some of the crafts she sells to raise money to help the endangered sea turtle. Below, Heidi meets a sea turtle at the New England Aquarium.

Ten-year-old Heidi Bell has two main goals: save the sea turtles, and learn as much as she can about octopuses.

“They’re very unique, and they’re very different from us humans,” she said of the tentacled creatures. “And there’s very little known about the octopus.”

Clearly the aspiring marine biologist from Peterborough is well on her way to achieving the second goal — and she’s made big strides toward the first, too. Since July, Heidi has been carefully crafting handmade bags, jewelry and figurines to raise money for the endangered reptiles.

The South Meadow School 5th-grader was inspired to begin advocating for animals after naturalist and writer Sy Montgomery of Hancock spoke about her books (which include National Book Award finalist “The Soul of an Octopus”) last year at Heidi’s elementary school.

Heidi and Montgomery began emailing back and forth, and the 10-year-old decided she wanted to do something to help one of her favorite marine animals, the sea turtle, which she’d been learning about in an independent project for school.

In addition to the shopping bags — some of which are decorated with a colorful turtle design painted by Heidi herself — the 5th-grader has also been making bracelets, rings and turtle figurines that she sells outside Joseph’s Coat in Peterborough, usually during town events.

Montgomery put Heidi in touch with the New England Aquarium‘s marine animal hospital in Quincy, Mass., where Heidi has donated the funds she’s raised so far — about $1,800 in all.

In recognition of her generosity, the aquarium invited Heidi and Montgomery for a behind-the-scenes tour of the hospital last month, where she examined sea turtle X-rays, observed a veterinary examination and met a 300-pound loggerhead turtle named Munchkin.

For Montgomery, it’s been heartening to see someone so young become so passionate about preserving an endangered species and its environment.

“As a writer, sometimes you just don’t know if what you’re writing has any effect. My books are not just there to inform or entertain, they’re there trying to make a difference in the world,” Montgomery said. “Well, having someone like Heidi in my life completely validates my work.”

And Heidi isn’t done. She’s working on a website for her organization — Heidi’s Helping Hands — and hopes to continue selling her creations at upcoming events in Peterborough. When she’s old enough, her goal is to become a volunteer at the New England Aquarium.

“I have always thought and said that young people aren’t just the leaders of tomorrow. They are the leaders of today, and Heidi’s proof of that,” Montgomery said. “She is an inspiration, not just to other children, but to all of us. Because if she’s doing this at age 10, what should we all be doing?”

More information is available on Heidi’s Facebook page at www.facebook.com/heidishelping/.

The Keene High School Drama Club was recently named a winner of the national Razzle Dazzle Competition. Sponsored by theatrical publisher Samuel French, the competition selected 10 high schools across the country to receive a three-performance, royalty-free license for the high school edition of the musical “Chicago.”

To enter, the Keene High students completed a questionnaire and essay explaining how musical theater impacts their lives. The club, which has about a dozen members, plans to produce the show in the fall.

Named for a popular song from “Chicago,” the competition was created in honor of composer John Kander’s 90th birthday.

The Jaffrey Public Library recently hosted a Blanket Fort Reading Party for local families. More than 40 people attended the event, all of whom had completed the Children’s Literacy Foundation‘s Lights Off Challenge, a family literacy initiative sponsored by a grant awarded to the library.

The Conant High School Interact Club set up blanket forts where families could read by flashlight, and librarians led special storytimes with participants. Attendees also enjoyed cake and ice cream provided by the Friends of the Library.

What’s going on in your school? Education