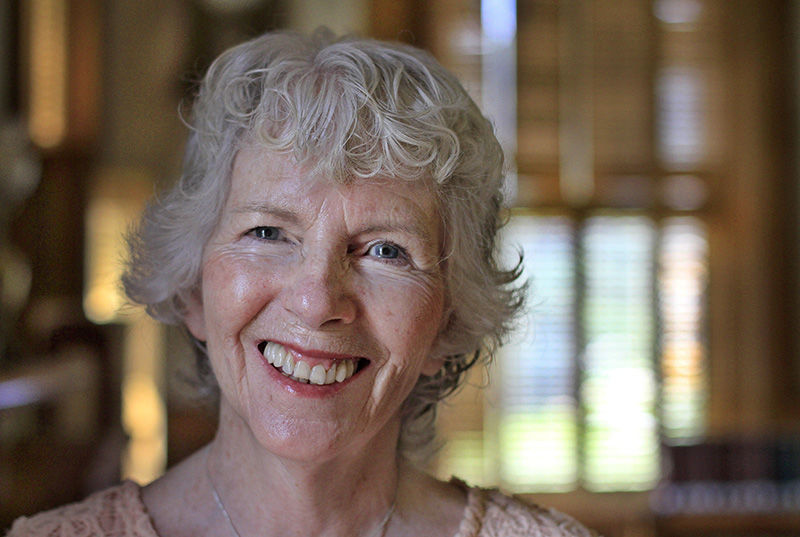 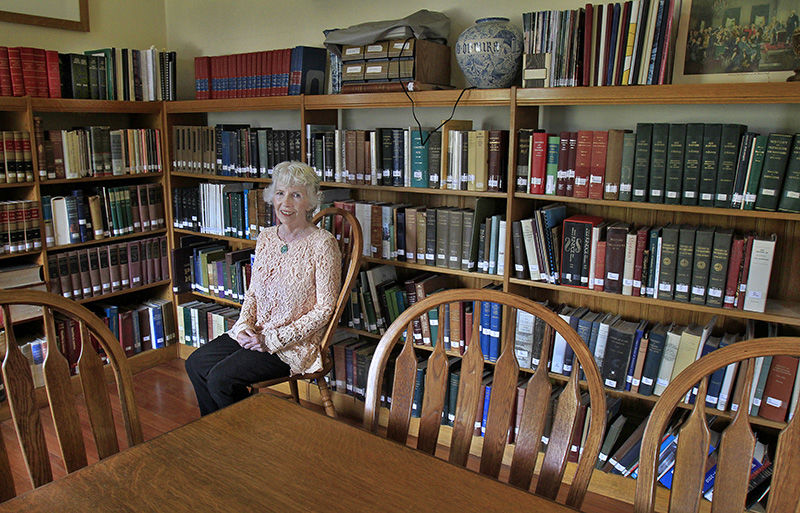 Pat Martin in the Ingalls Memorial Library in Rindge.

Pat Martin in the Ingalls Memorial Library in Rindge.

Patricia Martin still remembers the oil crisis of the 1970s. The gasoline rationing, the long lines at gas pumps.

Martin, then a young woman, also absorbed something else: “All the people talking about, ‘It doesn’t have to be this way.’ ”

It stayed with her. In the decades since, Martin has continued to think about energy issues and work on them in her spare time. Now, with humanity facing a much more severe crisis — that of climate change — she’s drawing on a lifetime of passion and expertise to tackle the issue on the local, state and regional levels.

Martin, 69, a Rindge resident, chairs her town’s energy commission. She gives to national climate-advocacy groups. She has been arrested twice in acts of climate-motivated civil disobedience.

Several years ago, she helped fight off the proposed Northeast Energy Direct gas pipeline, which would have run through Rindge and other Cheshire County communities. She tracks N.H. Public Utilities Commission dockets and comments on proposed fossil-fuel projects. She’s involved in efforts to bring more solar power to the Monadnock Region.

These days, much of her energy goes toward working with a group called Mothers Out Front, a national organization advocating for a transition to clean energy.

“It’s mothers from all different backgrounds who are banding together to mobilize for a livable climate for our kids,” Martin said.

Martin attended the University of Massachusetts, bouncing between different majors before leaving to enlist in the U.S. Air Force.

“The draft had just ended, and I thought to myself, ‘Nobody’s going to care that I’m a woman,’ ” Martin said. “ ‘They’re gonna be interested in replacing all the college guys that they can’t draft out of school for technical jobs.’ ”

Through the military, she studied electrical engineering, and later attended the University of New Hampshire. She fell in love with the subject.

“Designing electronics, to me, is like logical sculpture,” she said. At UNH, a professor would assign students to create, say, a device to time ski races. They would have to figure out the right components for each task and how to fit them together in a small, light package.

“To me, it was magic, to basically take an idea and burn it into silicon,” Martin said.

One of a handful of female engineering students at the time, Martin sought out other women in the field. She said they often felt isolated, and she went to the dean.

“I said, ‘One of the biggest complaints is when the summer comes, the guys all get internships and engineering jobs in the summer, with firms that their fathers own, or somebody … and we’re all scooping ice cream at restaurants,’ ” she said.

The dean suggested she come up with an engineering project for the summer and hire other women students. He connected her with the university’s facilities manager. The group spent the summer conducting energy audits at a number of different colleges.

Martin went on to work for Wang Laboratories in Lowell, Mass., helping to design portable computers. In the 1990s, she shifted careers: she went back to school, for nursing.

She moved to Rindge in 1999. From 2001 to 2006, she worked at the Crotched Mountain Rehabilitation Center in Greenfield. Her main job involved helping people with disabilities communicate via technology.

Along the way, she stayed active in energy-related issues, serving on local energy committees.

Now retired, Martin has thrown herself into various energy-related causes, including running for the N.H. House three times.

“She’s a major force in Rindge, for one thing, and in the environmental community in the whole area,” said Catherine Owen Koning, a professor of environmental science at Franklin Pierce University in Rindge.

Koning, who is involved in sustainability efforts at Franklin Pierce, said Martin reaches out to her with ideas about reducing the school’s carbon footprint. She also volunteers for the students’ annual trash-pickup outing every Earth Day week in April, Koning said.

Koning praised Martin’s preparation and attention to detail. For example, in the fight over the NED pipeline, Koning recalls that Martin looked into the financials and argued the project made little economic sense because the demand wasn’t there.

“She looked at all the pipeline projects that were planned for the region, within the Northeast, and she kind of added it all up and she said, ‘Where is this all going?’ ” Koning said.

Martin’s interest in detail surfaces quickly in conversation. She’ll talk about the moral imperative of addressing the “climate crisis,” then dive into nitty-gritty specifics about energy subsidies, the efficiency of biomass plants or the details of a major proposed solar project.

One of her preoccupations is natural gas, which accounted for about half of New England’s energy generation last year. She’s submitted detailed comments to state regulators on Liberty Utilities’ proposed Granite Bridge pipeline between Manchester and Exeter, as well as the company’s plans to convert Keene from a propane/air system to natural gas.

“You can’t just look at it produces less carbon to produce gas,” Martin said. “You have to look at what happens when we have methane leaking from every connection.”

For all her in-the-weeds talk, Martin doesn’t lose sight of the real human impacts. Asked what motivates her work on climate change, she linked it to a broader ethic of social responsibility, mentioning the people she worked with at Crotched Mountain.

“Those people, and the most vulnerable in our society, will suffer the most in the face of climate crisis,” she said. “And that’s why I think it’s fundamental, and has to be not just mine, but everybody’s highest priority. Because when you can’t move and it’s 103 degrees …”

She didn’t finish the sentence.

Martin sees a transition to clean energy as a potential economic boon for rural places like the Monadnock Region, where cheaper land could attract more large-scale solar. And she’s ultimately hopeful that society can make that transition.

She said her experience with computer design showed her the potential for progress.

“We were told at the beginning, ‘Oh you can’t do this. This thing is gonna fail,’ ” she said. “And I just saw, where there’s a will there’s a way, and there’s a lot of innovative, creative people out there.”