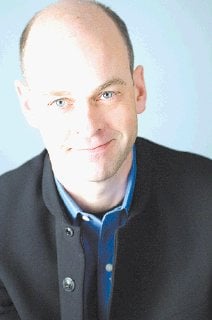 Gil Rose, above and at right, is Monadnock Music’s new artistic director and conductor. 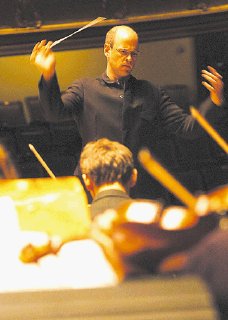 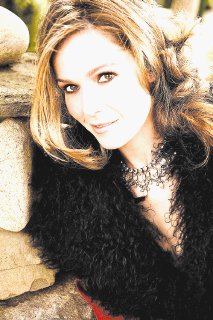 Gil Rose, above and at right, is Monadnock Music’s new artistic director and conductor.

“I had a clear image in my mind,” he said. He knew of the institution’s reputation for presenting a wide array of classical music in intimate settings that separate the distance between artist and music lover. That was James Bolle’s mission when he founded Monadnock Music in 1966.

Rose, a three-time Grammy Award nominee and former artistic director for Boston Modern Orchestra Project and Opera Boston, has followed that reputation to the Monadnock Region to carry on and strengthen that mission as Monadnock Music’s new artistic director and conductor.

He signed on to his new position in early February, and was quickly at the helm planning the 2012 season.

Bolle, founding director and conductor, grew Monadnock Music around the concept of musicians developing a relationship with their audiences while performing at small venues around the region at its annual summer festival. The goal was and is to avoid the stereotype of “stuffy” chamber music through a range of offerings across a spectrum of periods and styles.

In past years, listeners could hear world and experimental music, jazz and even a little country along with more traditional genres.

This season will also prove to be anything but stuffy.

William Chapman, Monadnock Music’s executive director, said that through a grant from a national foundation, plus donations, the organization has been able to increase its budget by 25 percent, allowing for a greater investment in concerts.

The focus was to streamline. “More is not more,” Rose said. “Better is more.”

While the season normally consists of about 30 concerts, this year there will be 18. Five are ticketed events, and 13 are included in Monadnock Music’s annual village concert chamber music series in historic meeting houses around the region.

Chapman, who started his position in 2010, was the organization’s first executive director in three years. One of the things he did as part of a five-year strategic plan was to survey members of the community.

“We got a sense of things people missed,” he said. The survey results have been taken into consideration in planning the 2012 summer festival.

Highlights of the upcoming lineup include the season opener Friday, July 6, and Rose’s conducting debut with a program commissioned by Martha Graham for her dance company, including Aaron Copland’s “Appalachian Spring,” at the Peterborough Town House.

Opera, which has been featured in past Monadnock Music seasons, will return this year with two one-act chamber operas on July 29 — “The Boor” and “A Water Bird Talk,” by American composer Dominick Argento — at the Colonial Theatre in Keene. The operas will be recorded, marking the first time an Argento opera has ever been recorded, Rose said, and released by next summer on CD on Monadnock Music’s new recording label.

This summer is a season of several other Monadnock Music firsts, including a featured composer. This year it’s American composer Virgil Thomson. Rose said about 80 percent of Thomson’s music will be performed throughout the season, all of which will also be recorded and released on CD next summer.

Other firsts include the debut of Monadnock Music’s resident Monadnock Quartet, comprised of cellist Raphael Popper-Keizer, violinist Gabriela Diaz, violinist Charles Dimmick and violist Wenting Kang. And there will also be performances of works composed by current MacDowell Colony residents.

Grammy and Emmy award-winning baritone Sanford Sylvan will appear in Schubert’s “Winterreise” Aug. 4 at the Peterborough Town House, and The Lorelei Ensemble will make its first appearance with Monadnock Music, performing new and early music for women’s voices Aug. 10 at Peterborough’s All Saints’ Church.

In a time when economic hardship means funding for the arts is being cut, Chapman said, Monadnock Music is going all-out.

“Not taking a risk is dangerous,” Chapman said. “People don’t want to spend their leisure time playing it safe.”

Rose believes an arts institution needs to be ahead of the curve. “You always have to be changing to stay relevant,” he said. “And perhaps you need to create that change.”

u For a complete schedule of Monadnock Music Festival’s 2012 season, go online to www.monadnockmusic.org.

Meet the winners of this year's Ewing Arts Awards!

It's Back! Enter a photo of your patriotic pets in the Pet Palooza Independence Day contest!