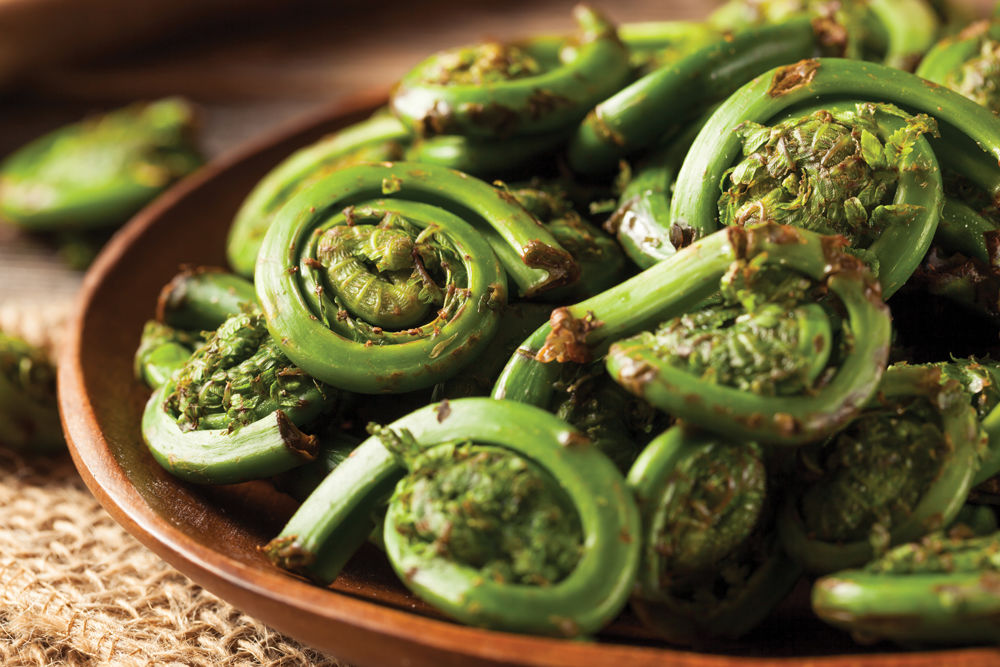 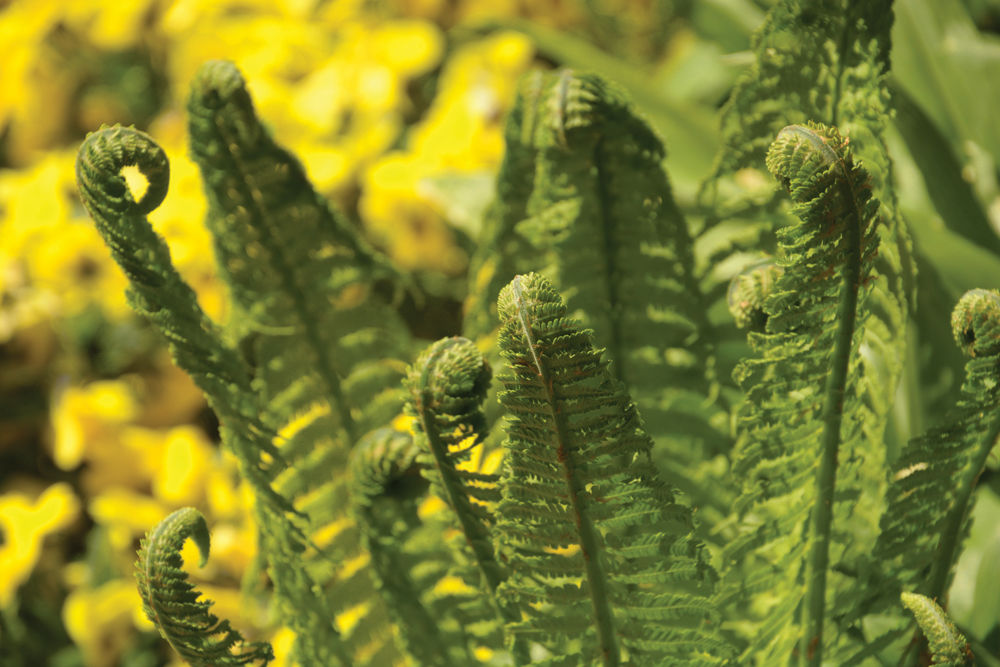 Growing up on a family nursery, I got familiar with a lot of nature’s bounty. All kinds of berries and mushrooms, particularly, and I’ve always admired folks who have the knowledge and wherewithal to locate and harvest stuff from the forest. I remember a lady who lived up by the lake, Georgette, who was an avid mushroom person and she would hold small group classes that would often congregate at my parent’s kitchen table after a foraging session. It was fascinating. I think my favorite wild mushroom to eat was called “hen of the woods” and when sliced and fried in butter, was heavenly.

Another wild edible that came around for a very short time every year was fiddleheads. These are the immature fronds of the Ostrich Fern (Matteuccia struthiopteris), which is one of the most common ferns here in New Hampshire, and one of our most beautiful in my opinion. They can grow up to 5 feet tall and look terrific along old stone walls and riverbeds.

I’ve got a bunch of Ostrich Ferns on my property in Dublin. At least I’m pretty sure they’re Ostrich Ferns. Not sure enough though to try harvesting my own fiddleheads. A couple of different articles I read on wmur.com and nhpr.org were written by authors who had the advantage of accompanying experienced wilderness foragers for an afternoon. It’s important to get the right fern because there are toxic varieties out there and most all ferns start out in the spring as fiddleheads. One of the articles mentioned that even Ostrich Fern fiddleheads are somewhat toxic if eaten raw. If you come across fuzzy fiddleheads, pass them by. An Ostrich Fern fiddlehead is typically wrapped in a brown parchment paper kind of covering them, and you want to get them before they’ve begun to unfurl so they’re at their tender best.

My family always just boiled or steamed fiddleheads, adding butter at serving. I often drizzle a little balsamic vinegar over them. They taste kind of like a cross between asparagus and spinach but with a nutty flavor. A little slippery in your mouth and feel kind of squeaky when you bite down on them. Another preparation method I came across was par boiling the cleaned fiddleheads and then sautéing them with butter and shallots. Sounds yummy!

A blog post I read on nhgardensolutions.wordpress.com also said you can harvest Lady Fern fiddleheads. These, also called Athyrium filix-femina, have brown/black scales on their stalks. Again, I’m referring to just one article, so please don’t try to eat any fiddleheads unless you’re absolutely sure you know what you’ve gathered. My guess is you wouldn’t die from eating the wrong ones, but you might have a very upset stomach.

Oh, and another good point about foraging for fiddleheads… on any one fern plant, the crown usually produces 6 to 10 stalks that will eventually turn into the majestic Ostrich Fern. When harvesting, only take 2 or 3 per crown so that the fern still carries on to reach its beautiful maturity and will return the following spring to produce more fiddleheads.