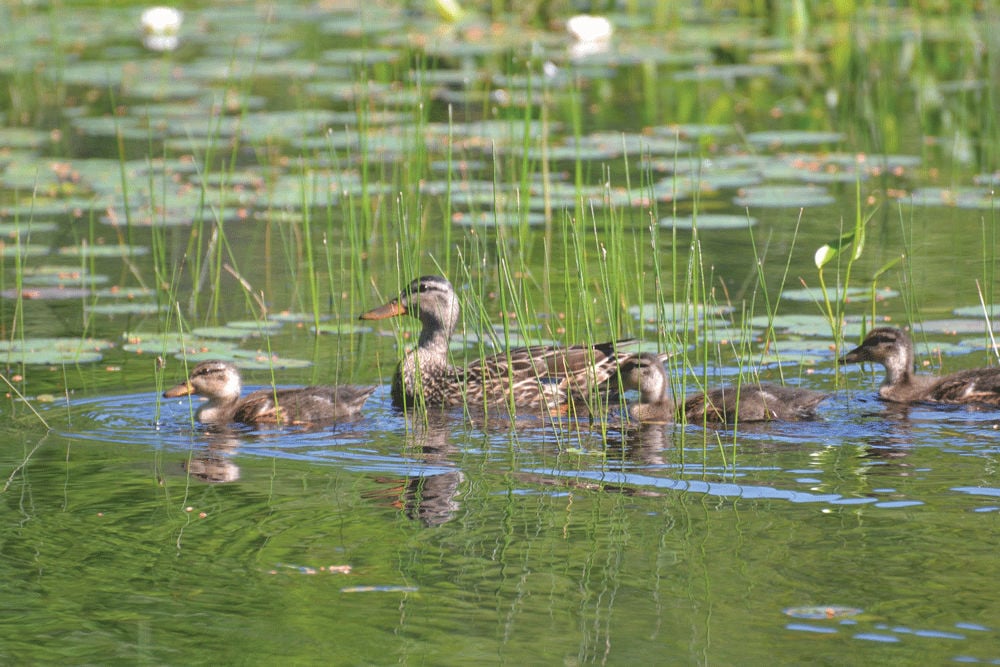 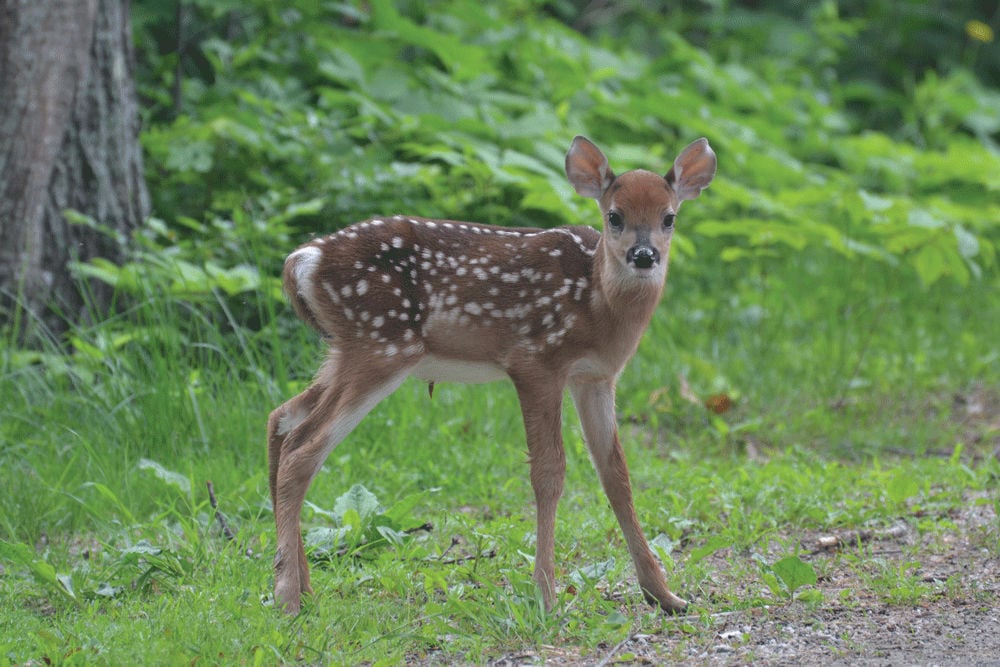 On my way home from a recent trout fishing trip, I stopped to watch a doe walking across a pasture, accompanied by a newborn fawn scampering to keep up. As I watched, the doe stopped to let the fawn nurse. Just a little farther down the road, I stopped again at a small beaver pond to look at a pair of Canada Geese with newly hatched goslings and noticed a snapping turtle depositing her eggs in the soft shoulder of the road. Some might say I was dawdling, but I considered it time well spent and excellent entertainment.

Watching wildlife is the most popular form of outdoor recreation, eclipsing other outdoor sports like fishing and hunting, according to the folks who study such things.

Every 10 years the U.S. Fish and Wildlife Service conducts a study on the value of wildlife-associated recreation. In 2011, that study determined that American anglers, hunters and wildlife viewers spent $145 billion on those activities. The largest share of that money – $55 billion – came from wildlife watchers, and 71.8 million Americans (more than 1 in 5) took part in this activity.

Many of those watchers are also feeders of wildlife, especially birds. Some of those people are homebodies, who like to view from the comfort of the indoors. Others, including dedicated birdwatchers, spend a significant amount of time outside in search of new species.

For those who are housebound, one option for wildlife observation is social media. There are a number of sites that specialize in photos and videos of wildlife. One such local site is NH Wildlife Snapshots; another, designed for hunters, is NH Deer Hunting, which airs a lot of game camera shots. Sites like these are entertaining even for active outdoorspeople. I’ve never seen a timber rattlesnake in the wild in New Hampshire, but I’ve seen them in videos that have been shared to these sites.

As entertaining as videos might be, though, there’s nothing quite like seeing wild creatures in the wild. Right now is a good time for viewing wildlife because they are having and raising their young. This means that in addition to feeding themselves, they have to feed the family, which can be a full-time job.

Animals that are normally nocturnal are often out there in broad daylight these days. And people who feel bad about taking down their birdfeeders to avoid black bear conflicts just need to grab a pair of binoculars and go for a walk. Those birds are working overtime to feed the mouths of hungry young’uns.

That said, the best times to see many types of wildlife are the edges of the day – early morning and the hours just before nightfall. While birds are active throughout the daylight hours, other creatures, like predator and prey animals, tend to be nocturnal, but often start early (before dark) and stay late into daylight in the morning. If you want to see critters like deer, moose, coyotes and foxes, your best opportunities will be the hours just before darkness and right after daybreak. If you normally take a walk during the day, try shifting to the edges of the day to see more wildlife.

Some habitats are better than others at attracting wildlife. So, the places a person chooses to walk determine the likelihood of encountering wildlife. I have a couple of trails I enjoy because they skirt wetlands and I always see waterfowl – ducks, geese and herons – in addition to basking reptiles like water snakes and turtles, as well as the possibility of beaver, muskrat or otter activity.

Hayfields attract deer during the summer. If deer are what you want to see, drive past hayfields in the evenings. Later, when mast such as acorns and apples are falling, this won’t be as good an option. The places to see wildlife usually change as the seasons and food sources change. For instance, the abundance of crickets and grasshoppers in the grass of the road shoulders brings wild turkey broods into close proximity to passing traffic in the fall. You’re likely to find bears close to the blueberries and corn fields in late summer and around the beech groves and apple orchards in early fall. Amphibians like wet nights.

Sometimes it’s best to have a guide who knows the places where wildlife congregates. The Granite State’s North Country is the best place to find moose, which often visit roadside wallows, but if you don’t know where and when to look, those moose can be downright elusive. For people who don’t want to invest the time to do the necessary scouting, there are guide businesses such as the North Conway Moose Safari Tour and the Moose Tour bus in downtown Gorham.

Wildlife viewing is best done at a distance. It’s safer for both the viewer and the animals and people are less likely to frighten wildlife away. It’s best to bring them in close with good optics such as binoculars or a spotting scope. A camera with a long lens will let you share the experience with others. Sometimes, with creatures including wild turkeys, you can call them in close. You can also do this with bull moose in late September and early October, but it’s a good idea to have the safety of a sturdy tree nearby when one shows up.

Aside from an angry, disappointed rutting moose, there aren’t many reasons for a person to fear for their safety in the pursuit of wildlife to watch. It’s the other way around. Almost all wildlife knows to be afraid of people. For that reason, watchers won’t find much to watch on the popular, well-travelled trails in the region. It’s the less used paths where you’ll likely encounter wild animals. While an ATV will get you there faster and easier, it’ll also scare the game away. And a canoe or kayak is a better choice than a motorboat when seeking wildlife on the waterways.

Hunters and serious wildlife photographers know that any human movement sends wildlife running or into hiding. They target the prevailing food source in the right habitat at the right time of day for the best chance at seeing target animals. They employ stealth, silence, scent control, patience and lack of movement to avoid frightening animals away. Those same techniques work for watching wildlife. Pay attention to the breeze. If you walk into the wind, rather than with it, you’ll see more wildlife.