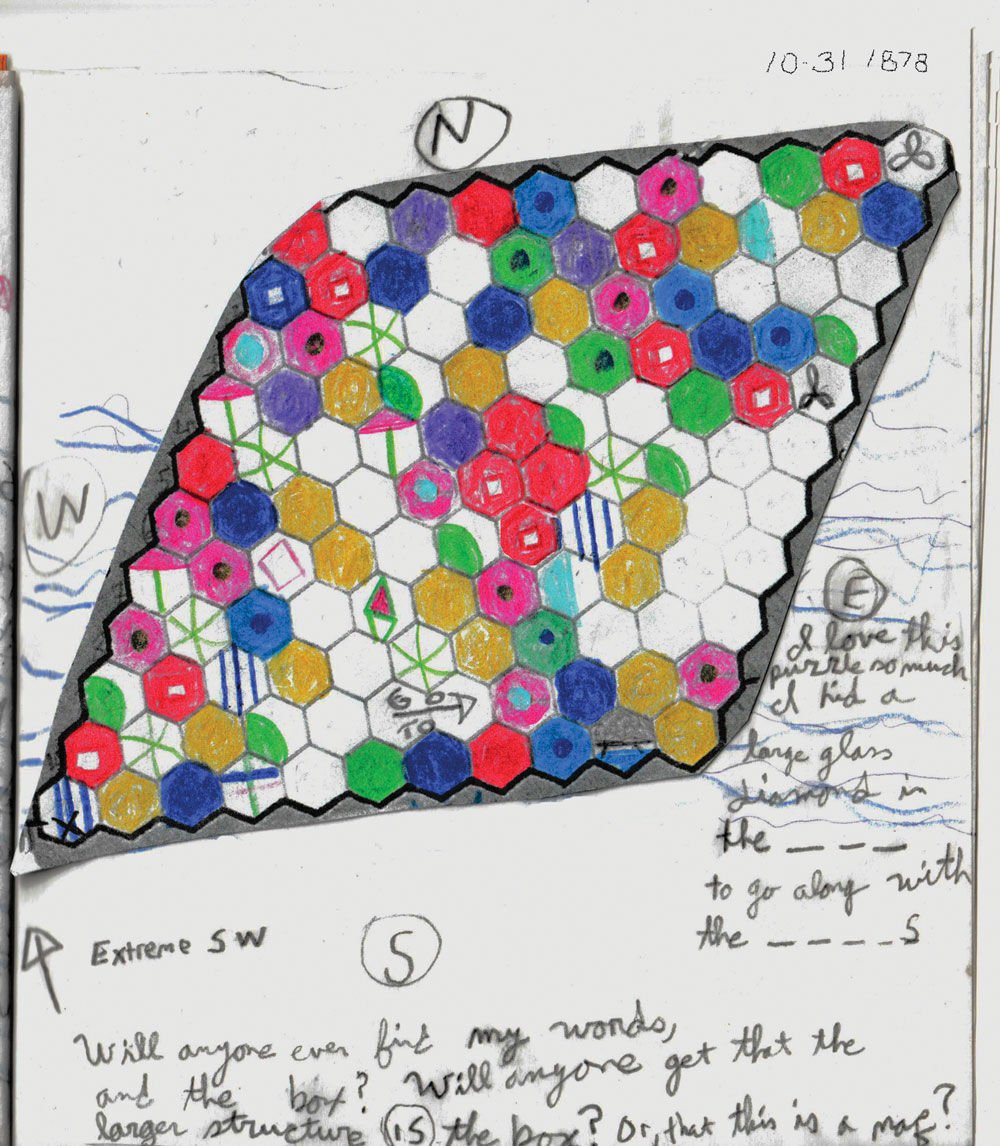 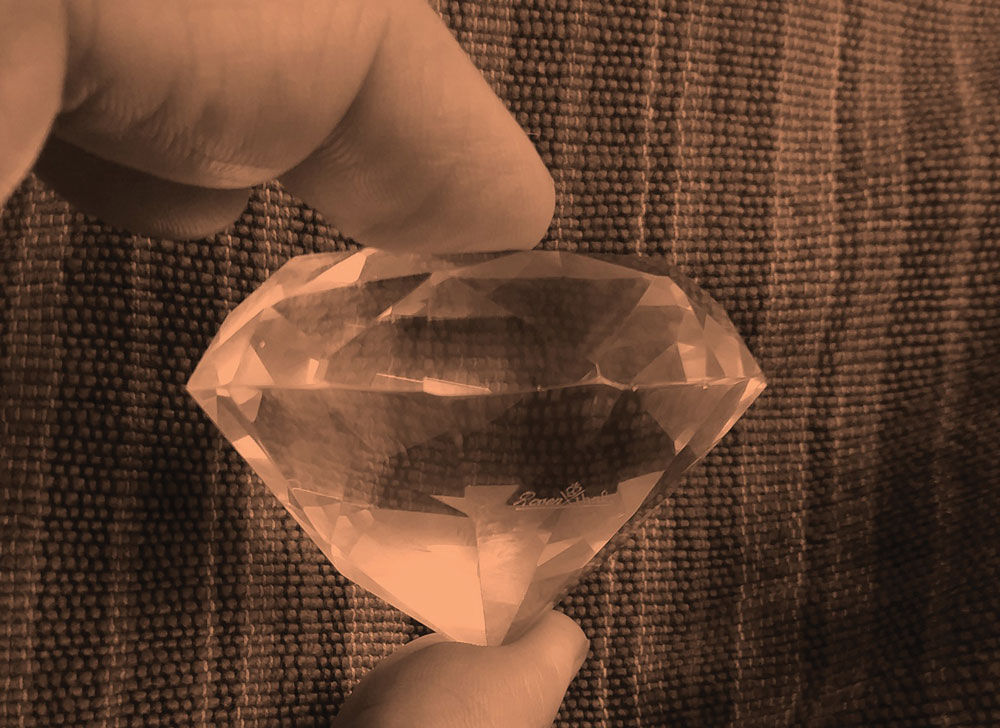 Readers of this column are by now familiar with the work of Dr. Balderdash, of the University of Brattleboro, on T. P. James’ notebooks. But for new readers, we can simply say James was a spiritualist hoaxer who lived in Brattleboro in the 1870s. His existence and life’s work are well documented.

According to Dr. Balderdash, James also left many treasures hidden in the southern portions of Vermont and New Hampshire. This month, Dr. Balderdash has selected a puzzle from James’ notebook that was never completed. The treasure was laid out (perhaps in the year 1878) and the coded message was written, but the final draft was never finished.

However, there are several features of this puzzle that Dr. Balderdash says make it especially worth publication. “At first glance, there is no obvious way into any message hidden among the colored hexagon tiles,” he said as we shared a cup of tea in my office last week. “I love that.”

Once the patient puzzle solver figures out the nature of the hidden message, it proves to be a relatively easy example of this sort of code. Dr. Balderdash also reveled in revealing the incomplete puzzle offers what completed ones never could: working notes of James.

“We get these tantalizing clues and hints of his frustration in the middle of the creative process, written in his own hand, in the margins of the page,” Dr. Balderdash said. “’Will anyone find my words, or the box?’ ‘Will anyone figure out the larger structure is the box?’ ‘Or that this is a map?’”

“So,” according to Dr. Balderdash, “that tells us a lot. T. P. James probably had a grand vision to make this into more of a treasure map. And he hid the treasure in a box. Whatever he means by ‘the larger structure’ is a complete mystery, until you crack the code. But that’s what makes this such a good puzzle.”

Finally, there is nothing in the notes indicating what the original treasure was, but in the margins we can read, “I love this puzzler so much that I added a large glass diamond to the _ _ _ _s in the _ _ _ .” This was yet another reason Dr. Balderdash chose this puzzle.

“Don’t you love those giant glass diamonds? And so perfect for T. P. James, don’t you think? Not the genuine article, but so satisfying to find, don’t you agree?” Dr. Balderdash said with his rapid-fire questioning and hearty laughter.

The only obvious indication to any map is the marking of the four directions — north, east, west and south — around the colored hexagons, marked in the conventional way with “north” at the top of the image. There is also a note in James’ handwriting at the lower left corner that says, “extreme southwest.” When I pressed Dr. Balderdash as to what this might mean, he just smiled. After I persisted, he noted, “If you can find his words among the hexagons, I think it will all make sense.”

As always, before you set out to find this treasure, bring a replacement treasure along with you. Get one (or make one) out of all-natural materials. If you buy it, go to Experienced Goods in Brattleboro or More Than A Thrift Store in Keene. Be sure to wash it with alcohol, just before you set it out. That’s an unusual request, but we live in unusual times.

And if you find the treasure, please email a photo of it to booksfromvermont@yahoo.com. Be sure to put “TREASURE” in the subject line. Thanks, good luck and I hope you have a good time with this.