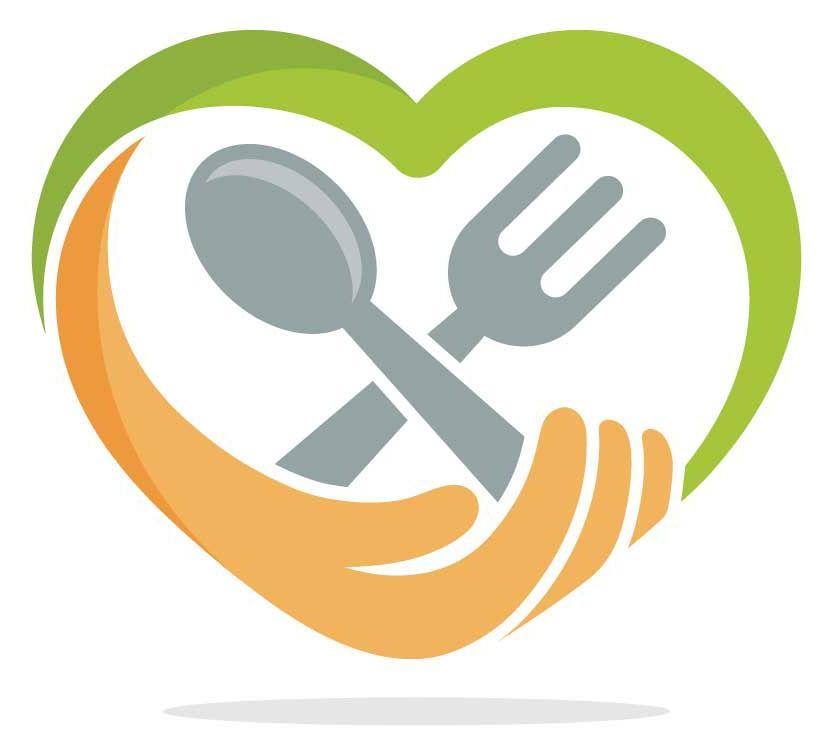 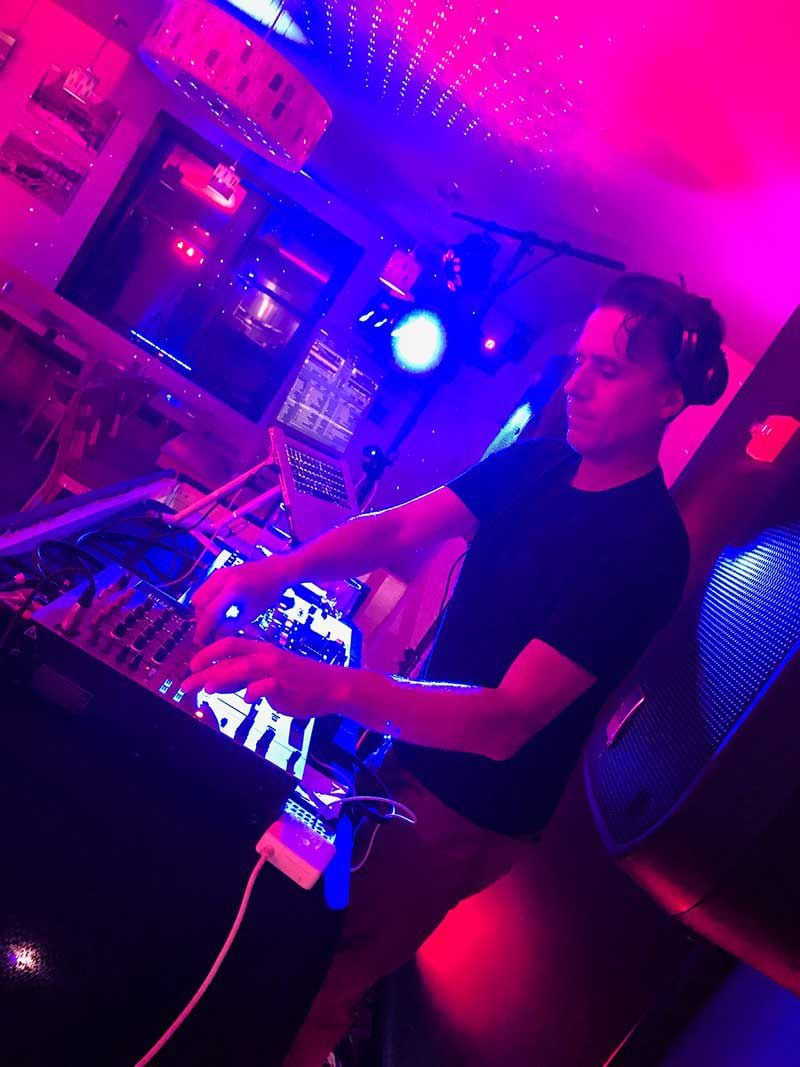 DJ Chris Hamilton gets the dance floor moving at Piedra Fina’s inaugural Community Night Out, a dance night for the LGBTQ community (and everyone) held on the last Friday of the month for the benefit of PFLAG Keene. 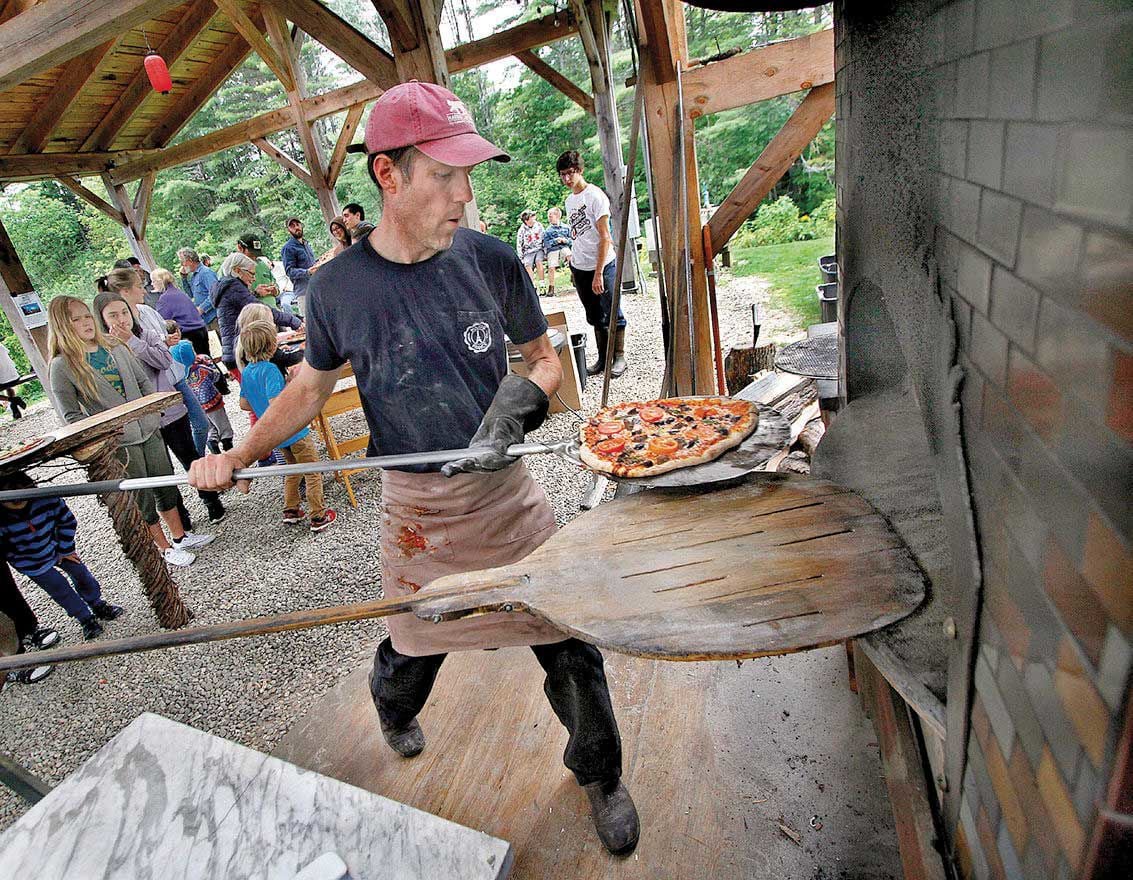 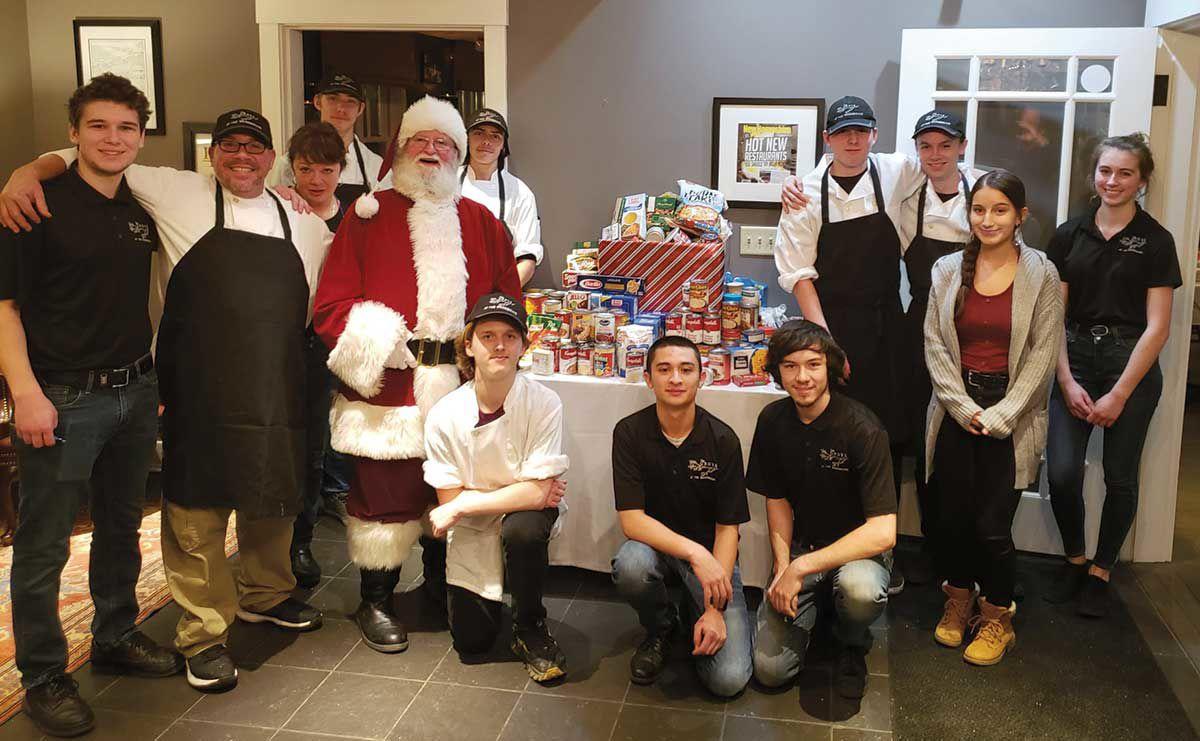 Enjoying a night out and a delicious meal is fantastic enough — doing so while supporting a great cause is the cherry on top.

Several restaurants in the area use some of the fruits of their labor to give back to their community.

The Woodbound Inn in Rindge is one such dining establishment that has donated a portion of each plate on its weekly Wednesday buffet to a different nonprofit organization for the past year and a half.

The menus are posted each week on the inn’s Facebook page. For each buffet plate (the restaurant and bar seat 85), the inn donates $3 to the organization sponsored that week.

“We thought it was important to be involved and this is a good way to do it,” said Max Mitchell, Woodbound Inn manager.

The inn has donated profits so far to a number of school organizations, veterans’ groups and animal rights nonprofits in the area. To be considered as a recipient, the organization fills out an application and is entered in the weekly schedule — so far, the calendar is booking a few weeks out and the restaurant and bar normally fill up.

“It’s an opportunity to promote your organization and a great marketing tool for us,” said Mitchell. “People who may not have been here come for lunch — it’s a win-win.”

Locally, there are a few other restaurants that donate a portion of the tab and/or host regular community events:

How it works: Every beverage sold is served with a token. Three jars are displayed, with each representing a local charity or organization. Customers are invited to drop their token(s) into the jars of the organizations they wish to support.

For each token, the restaurant makes a donation on that patron’s behalf to their cause of choice. So far, the business has donated nearly $30,000 to local nonprofits, including social services, arts, animal rights and environmental organizations.

• Fireworks Restaurant in Keene, which serves Mediterranean cuisine, donates a portion of each party’s bill on its Community Nights to the hosting organization. The November event benefitted The Greater Keene Rotaract Clubs’ Operation Elves program. Nonprofits work with the restaurant to schedule a date for their Community Night — past recipients have included the Monadnock Conservancy and Keene’s Partner City (Einbeck, Germany) Committee.

• Though not a restaurant per se, Orchard Hill Breadworks has hosted a Pizza Night for the past 13 summers. The bakery, which hosts other annual events including a Mother’s Day Brunch and Autumn Harvest Celebration, provides crusts, sauce, cheese and the pizza oven, and attendees provide the toppings, beverages and picnic blankets.

The weekly events on Tuesday nights have attracted hundreds of guests, and all profits are given to a different local nonprofit — recipients from the 2019 season included Monadnock Waldorf School, Community Asylum Seekers Project and Harris Center for Conservation Education.

• The local LGBTQ community has a couple of options for meeting people in their area. First is at Pride Night, every Thursday at Willie Mac’s in Keene, during which patrons are invited to come and mingle, order off the restaurant’s pub menu (including nightly specials), enjoy a selection from its full line of draft beers and play a round of ping-pong, pool, darts, cornhole and board games in the game room.

• Piedra Fina in Marlborough, an authentic tapas restaurant and bar that serves Latin American cuisine, hosts an LGBTQ Community Night the last Friday of the month. On the list of offerings for the night at this self-proclaimed “safe and welcoming place” are tapas, of course, drink specials and dance music provided by a DJ. While there is no cover charge, donations may be made to support PFLAG of Keene.

Mitchell, who moved to the Rindge area from Boston, said it was an unexpected surprise to work in a charitable environment.

“I quickly adapted to being connected to the community,” he said. “Here you have a voice and can make a difference.”