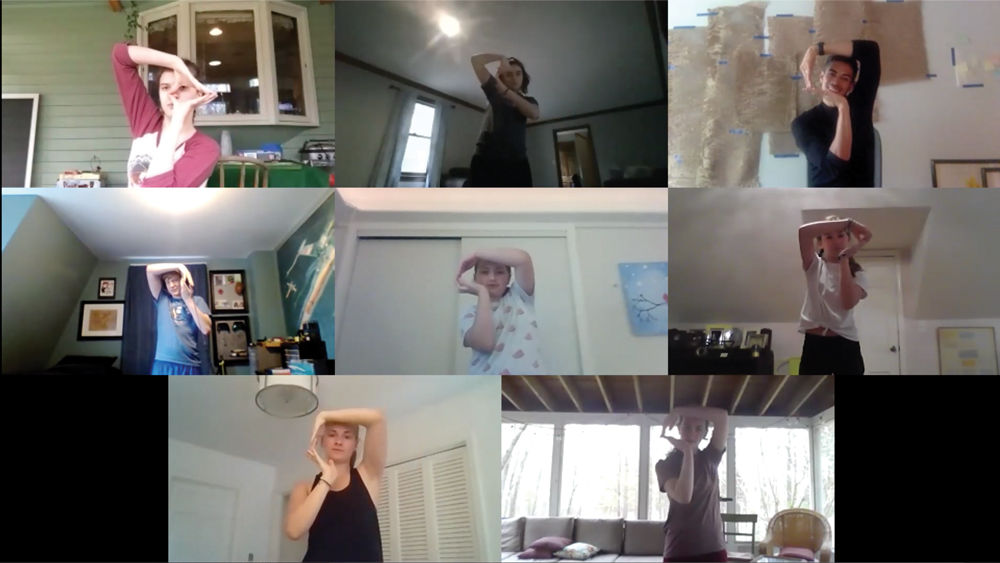 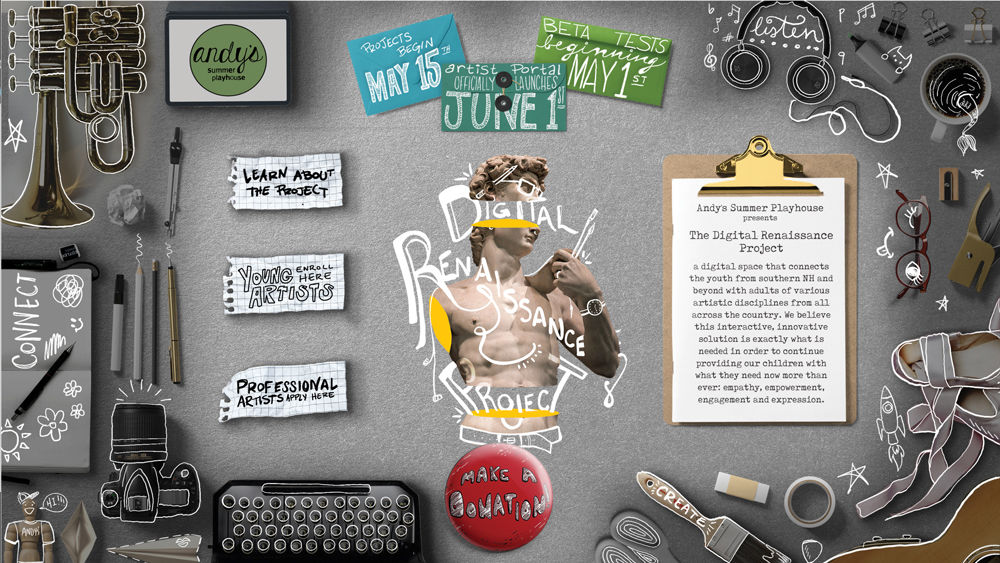 Andy’s Summer Playhouse has done so much more than take lemons and make lemonade -- the theater has completely re-imagined what it means to make art in our new world.

The first day of June will be the official launch of the Digital Renaissance Project, an innovative response to the pandemic, also in celebration of the Wilton Theater’s 50th anniversary.

Andy’s Summer Playhouse is a summer youth theater located in southern New Hampshire that produces original works performed by local artists aged 8 to 18, with direction and mentoring by professional artists from New Hampshire and beyond.

According to producing artist director Jared Mezzochi, the entire season had been planned before the pandemic arrived.

And schools were already shutting down for the year.

“I thought about [the teenagers] who at least had Andy’s in the summer,” he said.

During an emergency board meeting in March, it was realized they wouldn’t be able to give the kids who attend the summer theater program the same experience without the theater, and it was agreed that a way to get ahead of this was sorely needed. It was also decided this new way had to be completely different.

“We talked about what hasn’t been explored that is something we could do [as a theater program],” Mezzochi said.

Conversations with professional artists who work in every discipline began.

“We asked what they would do if given space online,” he said. “Then came the discovery that ideas could be spread in a different way than originally thought.”

From those conversations, the Digital Renaissance Project was born. So far, more that 100 artists are on board and it’s growing exponentially, Mezzochi added; 30 children have paid their registration fee to participate.

It’s a new website that will serve as a digital platform connecting youth in southern New Hampshire and beyond with adults of various artistic disciplines from across the country. It’s meant to be a solution to what is needed. Mezzochi wrote on the theater’s website, “In order to continue providing children with what they need now more than ever: empathy, empowerment, engagement and expression,” which happens “when adults and children alike discover their voice, deepen their empathy and engage daily in creative problem-solving and self-expression with people of all ages.”

Within this online platform, kids will have the opportunity to work with other children of similar ages, and they will also be able to work eye-to-eye with adults who are leaders and innovators within their artistic field in site-specific performance. This is a type of performance created in response to the environment and architecture of the space that the performers and audience inhabit. The Digital Renaissance Project serves as an opportunity to explore what it means to create art in a digital space for a digital audience.

The digital platform will be much like a bulletin board at a cafe, in which ideas are posted for people to inquire about, sign up for and show support. The projects can be proposed by either adult or youth artists. Once a project has gained enough support and has been selected as a project, it will be moved into the theater’s weekly schedule. Once it becomes a part of the schedule, the project is granted access to video conferencing, text documentation and sound/audio recording.

Projects will be divided between two types of programs: the exchange (skill builders) and the stage (performance builders). Exchange projects will be similar to a classroom experience, focused on hardware (for example, building, sewing, character mask-making) and software skills (for example, Photoshop, Ableton Live and Isadora). Alternatively, stage projects follow a collecting, organizing, polishing, performing process. They will focus on how to create an environment and an experience that can involve an audience.

There will be several timeframes for projects, with flexibility within those timeframes on how often/how many hours met.

Projects will begin this Friday, May 15, with a full artist portal launching June 1. The end date will be Sept. 4, at least for a month or two.

“It’s in our best interest to continue [the project],” he said.

Everything created will be available to the public to access in the archives.

While the intention is also to serve as a national model, Mezzochi said that will be down the road a bit.

“First and foremost is the Andy’s community,” he said, “it’s really important the momentum and engine belongs to southern New Hampshire.”

The most important part of the Andy’s community, he went on, is the children the summer program serves.

“They can’t socialize right now -- that can be detrimenal,” he said. “We stand by them very strongly by giving them [an expressive] platform. It could be life-saving.”

For more information about the Digital Renaissance Project, including a video, visit andyssummerplayhouse.org.