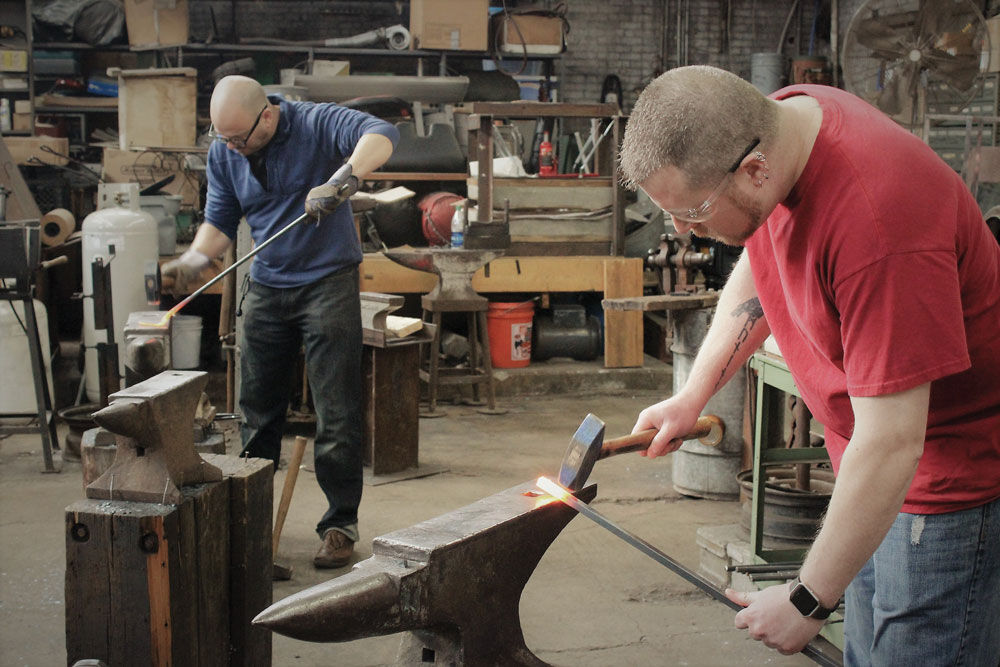 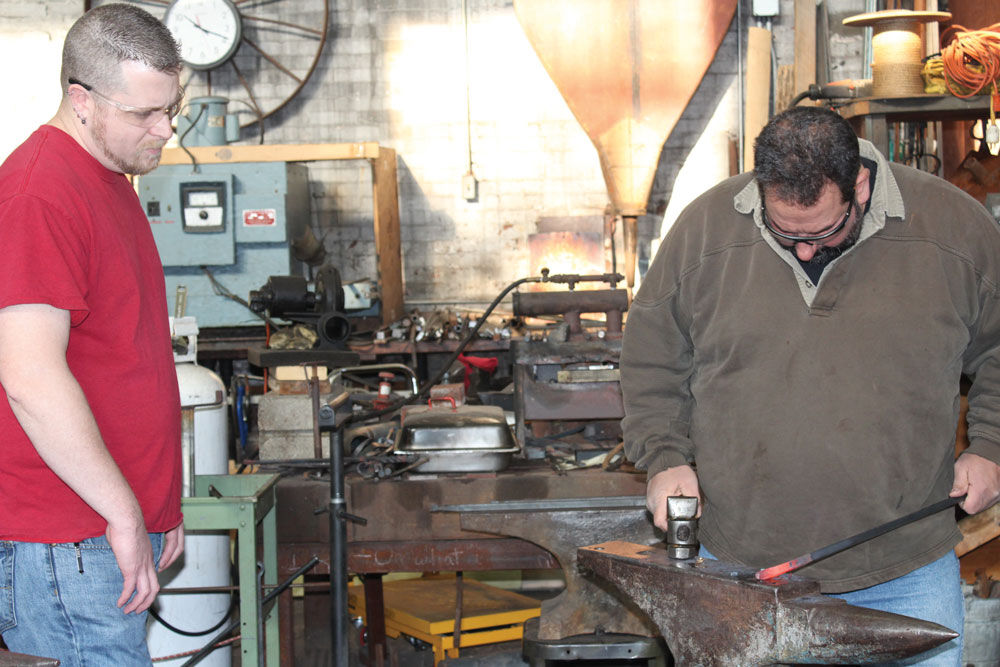 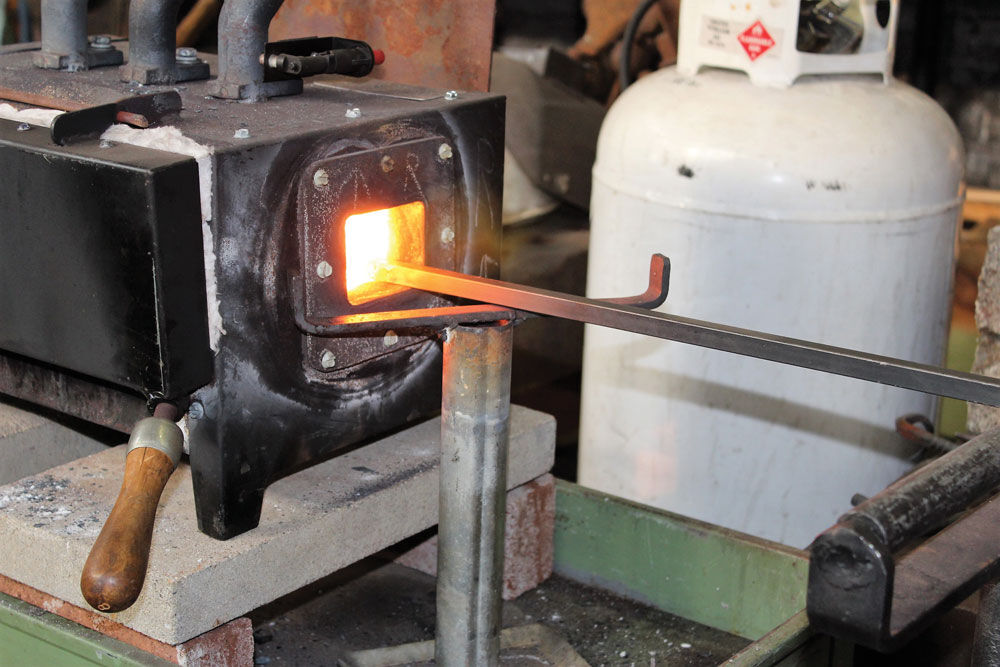 If you can create something out of steel and fire using your own hands, you’re a jack-of-all-trades in Vincent Anfuso’s view.

Anfuso is owner of Greenfield Forge Blacksmithing Shop, which opened a Greenfield, N.H. location this summer and offers hand-forged products, custom designs and restoration as well as classes. His history with blacksmithing is a lot longer. He has operated a blacksmithing shop in Milford for the past 20 years. A decade earlier than that, he was a full-time martial arts instructor also studying the art of knife fighting. That led to blade making, which led to blacksmithing. In 2000, he became a full-time knife maker and blacksmith.

The Milford location he uses primarily for creating larger pieces such as gates and handrails, while the Greenfield location is mainly a teaching facility (although he offers classes in Milford also).

The Greenfield location has its own history. Built in 1820, it was a blacksmithing shop for around 100 years. The building’s owner Ray Cilley, a master blacksmith and founder of Greenfield’s American Steel Properties, thought the vacant building (most recently an auto garage) at 792 Forest Road would be a great location for a blacksmith shop. He contacted Anfuso soon after deciding to purchase the property, after meeting him years ago when Anfuso completed some custom metalwork on Cilley’s farm.

Upon completing substantial renovations to the building, bringing in an anvil and installing two coal forges, Anfuso was in business in Greenfield this past August.

The forge area stands right behind the shop’s double doors so passersby can watch. Future plans include a two-story gift shop and wrought-iron staircase that Anfuso will furnish. The building’s original beams are featured prominently inside. There is also a large classroom space. Anfuso offers six-week private and group classes in basic and advanced blacksmithing for ages 12 and up. The curriculum is designed for beginners who want to learn to make small items such as door hinges, hooks, handles and ornamental projects (scrolls, leaves, etc.).

Anfuso also offers a blade making class. Students use all of his equipment.

“All [students] need is a pair of safety glasses and some work boots to attend,” he said, adding this makes the class feasible for parents to send their children. Some have even gone on to work as Anfuso’s apprentice.

About half of his students (he has had both men and women in his classes) continue to his second blacksmithing fundamentals class, in which they learn more about tool making.

“They make certain things like tongs, a center punch or chisel,” he said. He also sells forges and hand tools.

Blacksmithing has been referred to as the “king of all crafts” because all tradesmen needed a blacksmith to forge their tools: the stone mason, butcher and carpenter among them. The blacksmith was the only craftsman who did not have to obtain his tools from someone else — he made them himself.

“[Students] learn what happens to a hot piece of steel when hit with a hammer, how to manipulate the mass, changing its shape and density and structure,” Anfuso said, “bringing it from room temperature to 2,500 degrees back to room temperature.”

The science of metallurgy teaches math, physics, chemistry and even engineering because students create a blueprint of their creation before they begin. Today, blacksmithing is a foundational skill for many professions.

“Some go into an industrial arts-related field: machining, welding or investment casting,” Anfuso said. Most of his students want to be home hobbyists. “People get their own anvil and forge and set up a hobby shop in their garage.”

For more information about Greenfield Forge Blacksmithing Shop and blacksmithing/blade-making classes, visit greenfieldforge.net; contact Anfuso on Facebook (facebook.com/greenfieldforgeblacksmithingshop) or call/text him at (603) 547-5226.