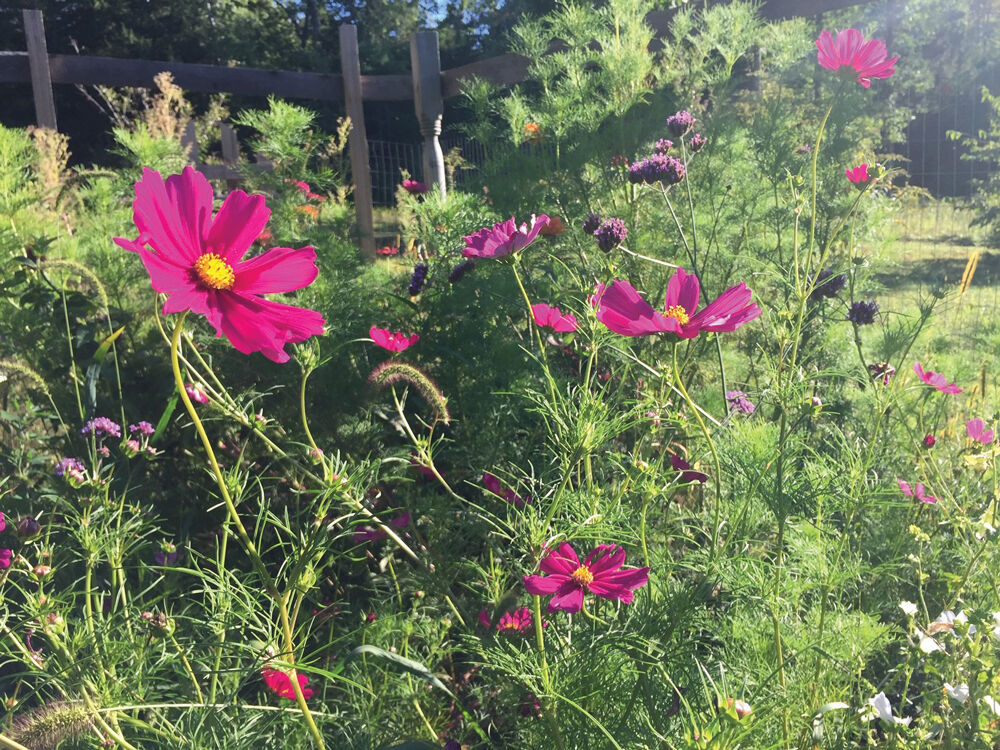 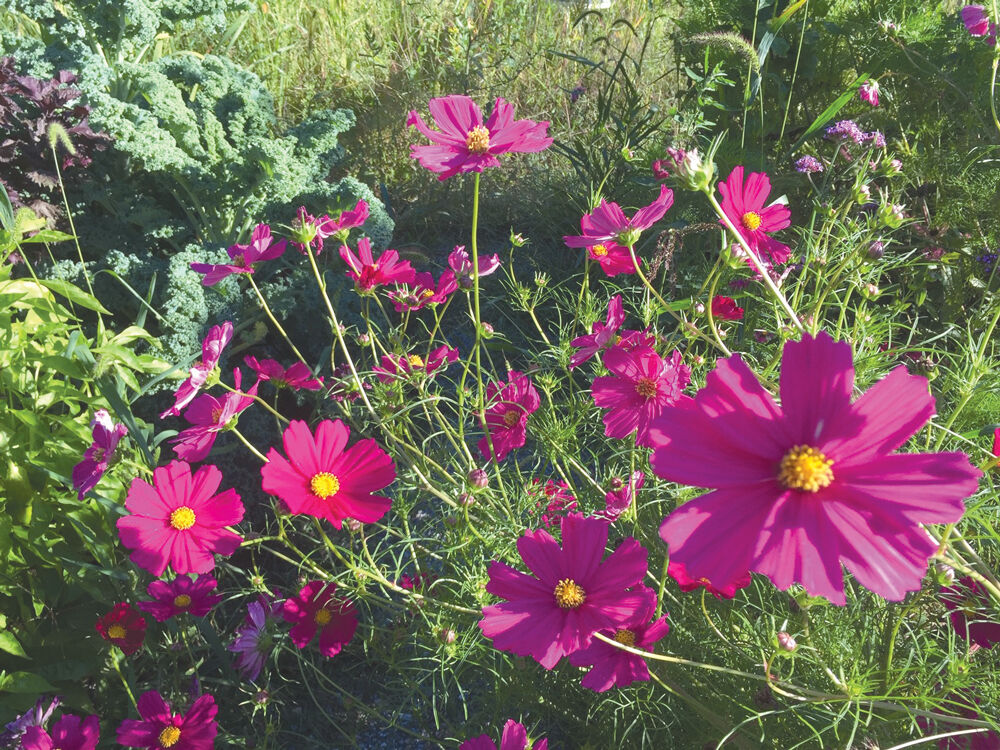 Partner, Joe, had given me a short list of chores to prep for a small dinner party we were having the other night. Butterfly and pound the chicken breasts, then grab some heirloom and grape tomatoes out of the garden. I should grab some parsley too. Though I’d planted curly leaf parsley, he swore he saw a flat leaf plant and that was his preference. It has more flavor.

Well, when I got out to my enclosed garden, most of the Brandywine tomatoes were past their prime. Ugly, black spots and evidence that the meadow mice (voles) had been busy. I managed to grab a few that were salvageable and there were still plenty of grape tomatoes; my favorite is Sungold. The only parsley I could find, though, was the curly leafed variety so I skipped it. Then I turned to the parallel bed of cutting flowers. The zinnias were still gorgeous, but the dahlias had been ravaged by Japanese beetles. I’m not sure if I’m going to keep trying dahlias since this had been my second year trying them and they’ve just been completely devoured again.

What I was probably most struck by in the garden was how beautiful the cosmos were looking. I hadn’t grown any in years, but I knew they were supposed to hold up well in a vase. Big, lush bushes of them, leaning on one another from their sheer mass, I always love both the needle-like foliage of cosmos as well as the cheery pink and deep rose-colored blossoms. They’re such a common annual, much like my favorite zinnias, yet I realized I knew virtually nothing about them.

According to “Cosmos Produces Cosmic Beauty” at aggie-horiticulture.tamu.edu and “All About Old-time Cosmos Flowers” by Amy Grant at gardeningknowhow.com, cosmos are native to Mexico and South America. Brought back to Madrid in the 16th century by Spanish explorers, the wife of the English ambassador to Spain brought cosmos seeds back to England in the late 17th century. Interestingly, Spanish priests were so impressed by how evenly placed the petals were arranged, they christened the plant “cosmos,” which is the Greek word for “ordered universe of harmony.” It would be another 50 years before cosmos were introduced to the US. Kind of a circuitous route, I’d say!

Cosmos come from the family Compositae and is comprised of 20 species, two of which are annuals — C. sulphureus and C. bipinnatus. I’ve got C. bipinnatus in my garden and it’s the variety I believe is the most common. Along with its fern-like wispy foliage, it has a nice array of flower color from pure white to pink to deepest rose. Now, C. sulphureus sounds interesting, too, and I’m going to try to remember to seek it out next spring. It has long leaves with hairy margins and its color range is yellow, orange and red. Both varieties can get fairly tall too. I’d say mine are about 48 inches right now.

Cosmos are about the easiest flower there is to grow. They don’t need to be fed and are probably of most value to us gardeners as our summers seem to be getting hotter and drier — they are extremely drought-tolerant once established. They need moisture to germinate but in fact hate to be over-watered. They’re heat lovers and perform best if just left alone. One of the articles I read said only water cosmos if they are visibly wilting, which they rarely do. Well, hallelujah to that!