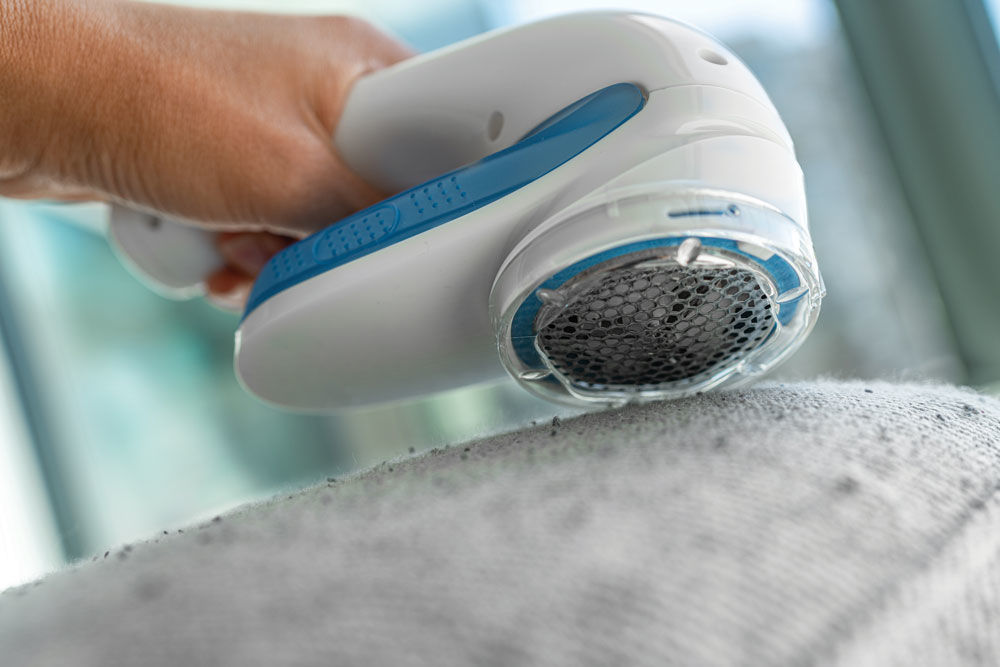 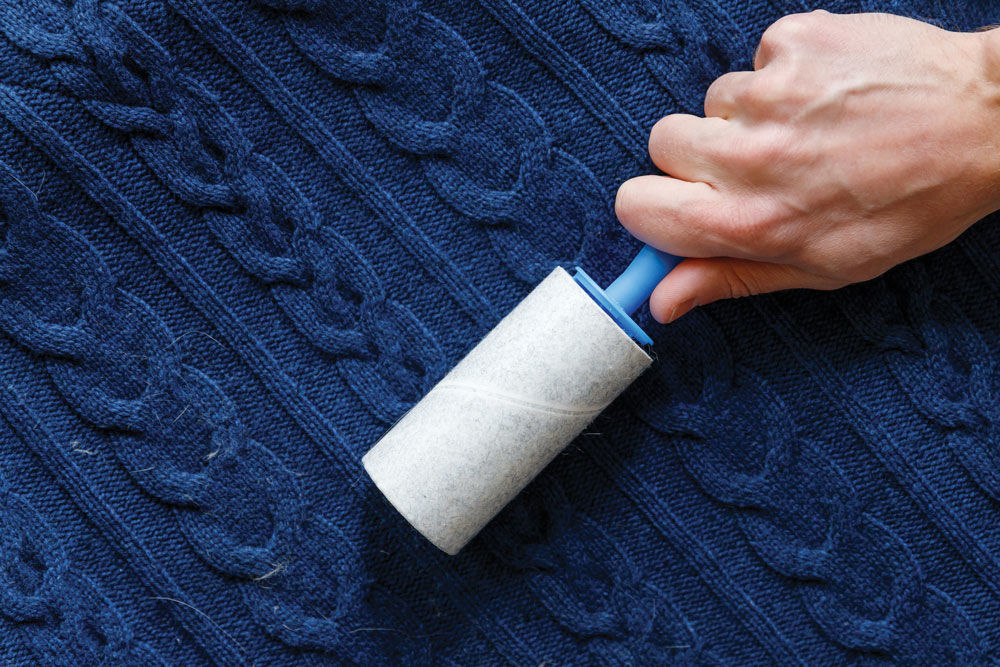 One of the things I actually like about winter is the different variety of clothing I get to wear. Just when I’m getting really sick of the new office-casual polo and khakis of summer, along comes fall and winter and out comes the wool. Tropical wool slacks give way to heavier, denser wool and the polos and lightweight dress shirts become sweaters and sweater vests. Now, I’m no Mr. Rogers so don’t think of cardigans, but I do love a nice fine merino wool v-neck sweater or sweater vest. And I’ve got a pair of herringbone wool cargo pants that I’ve had for probably 30 years and they’re still looking pretty stylish. Well, except one thing. Actually two things.

First, the legs are a little bit flared… not full-blown bell bottoms from the ‘70s but definitely wider than the current slim fit that I also love. Second, there’s a little problem that I’ve dealt with to varying degrees with favorite clothing items over the years… pilling! Those little attached fuzz balls that accumulate over time on virtually any fabric drive me crazy! For some reason, I used to have it in my head that this only happened with synthetic fabrics like polyester. Maybe because you’ll often see pilling on upholstered furniture that’s wrapped in a Dacron or similar rugged, synthetic upholstery fabric. But, no. Pilling happens to the finest of cashmere, too, and just about any fabric with a looser weave than, say, denim. You never see pills on denim, do you? The tighter the fabric weave, the less pilling you get.

Now, you might wonder what this article about fabric pilling is doing in our antiques column, Pickin’ & Pokin.’ Well, I recently dragged out my old sweater shaver from the ‘90s and got to thinking about its origin. It turns out, there’s not a lot of history behind sweater shavers to be found online.

What you can find in multiple articles on the web is the origin of the lint roller or lint brush. According to “Lint, Filtered” by Ernie Smith at tedium.co, Nicholas McKay had to chaperone a school dance with his wife, Helen, back in 1957. Well, he hadn’t had his suit dry cleaned in some time so it was pretty dusty and dotted with lint. He had some sort of familiarity with engineering so on the spot he took a toilet paper cardboard tube, a bit of wire and some masking tape and invented the first lint roller! He received a patent for it in 1963. The same basic components of the lint roller are still in use today, as is the lint brush.

I didn’t get into researching that fabric-covered brush where you rub it one way across fabric to receive the lint on clothing and the other way with your fingers to remove it. It’s also a great thing in the world of fabric care, and for those of us who might have a certain sartorial style or at least an appreciation for things well kept. I use a lint brush all the time on my thick wool winter pea coat. Living with two dogs and two cats… you can just imagine. I’ve got one at home and one in the office.

The sweater shaver is a horse of a different color though. There’s virtually nothing about its origin online. I remember first being enamored with these little hand-held electric devices back in the ‘80s. Wikipedia has the briefest of entries about it: “The fabric shaver (also known as a lint shaver or fuzz remover) is a hand-held electrical device that has a rotating blade underneath a blade net. It allows users to remove fuzz and textile pilling on a fabric without damaging the fabric. It can be applied on different fabric-made items such as bedding, curtain or carpet, but mostly used for removing fuzz on clothes, especially sweaters, hoodies or clothes made of wool, angora or cashmere.”

Pilling essentially occurs from fabric being rubbed repeatedly. The looser the weave and the shorter the thread, the more likely it is to pill. Rubbing the fabric pulls the loose, short-ended fibers to the surface and, although still somewhat attached as part of the weave, a ball of fuzz forms on the fabric surface. Think about where this usually occurs on a sweater per se. Where your arms rub your sides, on your stomach and around the shoulders where we’re constantly pulling an outer layer on and off. Sofas and chairs often have pilling over time. I formerly thought it had to do with the cheapness of the fabric but really, it has everything to do with the looseness of the weave and length of fabric fibers.

So, when I dragged my sweater shaver out of the nightstand beside the bed the other day, of course the batteries were dead. I went and got some new ones from our battery drawer in the laundry room (yes, we’ve got a drawer dedicated to just batteries). I turned the device on and went to town on a sweater that I’d laid on the back of a chair in the bedroom one night getting undressed.

Aside from returning a favorite clothing item back to its crisp, pristine shape, there’s also something very therapeutic about shaving the pills off your sweater or upholstered chair. There’s something calming and restorative about it. It’s tedious, mindless work but also rhythmic and relaxing. And, in the end, it’s worth it when that navy blue J Crew v-neck sweater looks virtually just like it did when you first put it on.