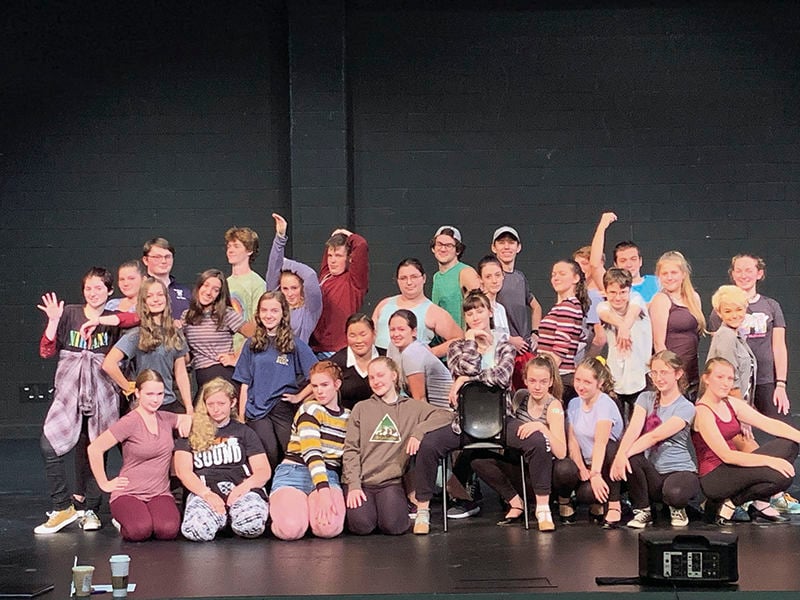 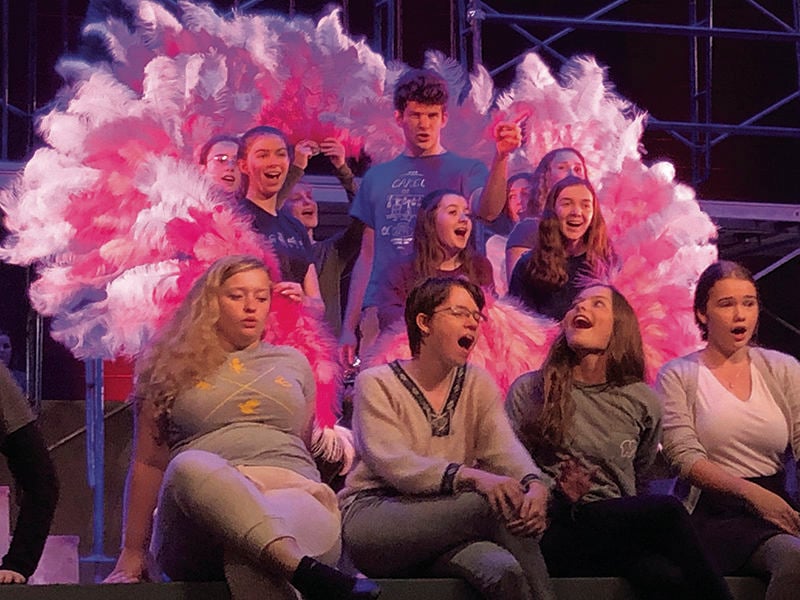 A group of students “razzle dazzled ‘em” early this year. The result? Free rights to the longest-running American musical in Broadway history.

“Chicago: High School Edition,” staged by the Keene High School Drama Club, opens this evening, Nov. 7, with the first of three performances in the auditorium.

The club was recently named a winner of the Razzle Dazzle Competition (named for one of the numbers in the show), held by The Samuel French organization, which holds the rights to numerous musicals and plays. Keene High was one of 10 U.S. high schools awarded full rights and royalties to the recently released high school edition of the musical “Chicago,” in honor of its composer John Kander’s 90th birthday.

The contest consisted of an essay about how receiving this award would help the students “razzle dazzle” both the school and the greater community by demonstrating how musical theater impacts their lives. The essay contained words of more than a dozen club members.

The musical, with lyrics by Fred Ebb and book by Ebb and Bob Fosse, is set in Jazz-Age Chicago The original Broadway production opened in 1975 and ran for 936 performances until 1977. It was revived on Broadway in 1996, and a year later in the West End.

Staged in numerous productions around the world, the musical has toured extensively in the United States and United Kingdom. The 2002 film version of the musical, starring Renee Zellweger, Richard Gere and Catherine Zeta Jones, won the Academy Award for Best Picture.

Fosse choreographed the original production, and his style is strongly identified with the show.

It follows Roxie Hart (played here by Ashlee Discenzo-Knapp), who winds up on Murderess Row in a Chicago prison after murdering her lover and being given up to the police by her pitiable husband Amos.

She and another “merry murderess,” Velma Kelly (Sarah Hansel), vie for the spotlight and the headlines (helped along by their slick and fiendishly clever lawyer Billy Flynn, played by Logan Phillips), ultimately joining forces.

“Chicago” is based on a 1926 play of the same name by reporter Maurine Dallas Watkins about the crimes on which she reported and is structured as a series of vaudeville acts. The high school edition was adapted to be content-appropriate, accommodate teen voices and be flexible in casting and staging.

The story is meant to be a satire on corruption in the administration of criminal justice and the concept of the “celebrity criminal.” A lobby display highlighting the show’s timeless message of sensationalism of the press will feature such modern celebrity criminals as Pamela Smart, O.J. Simpson and Tonya Harding.

“What happens here (in the show) is happening right now (in the world),” said senior Niko McPherson, who plays the Master of Ceremonies.

Part of the job of his character, which was created especially for him (the character is in the film in a different iteration but not the stage production), is to move the action along in-between scenes and introduce the different acts. He also works to stand out in the cast of 33 on-stage and he serves as band leader.

“I break the fourth wall,” he said, meaning he speaks directly to the audience throughout the show. “I’m playing with the role.”

The orchestra, which is the house band on-stage throughout the show, began rehearsing over the summer, said director Beth Hansel. Freshman Elizabeth Doyle, a member of the ensemble, has enjoyed being part of such a sophisticated production.

“The upper-classmen incorporate you like you’re one of them, which makes you feel really good,” she said. Doyle started in theater as a toddler with MoCo Arts and has since played roles in such musicals as “Les Misérables,” “Grease” and “Singin’ in the Rain.”

She sees the major theme of “Chicago” to be manipulation of the court system.

“It’s about this stereotypical dumb blonde who essentially gets away with murder with her heartthrob of a lawyer,” she said.

While she admits her character isn’t the most scrupulous, Sarah likes Velma.

“I love her independence,” she said. “I try and bring her energy and attitude to my character.”

Once Velma realizes she’s no longer the biggest star in prison (once Roxie Hart arrives) and the focus is off her, she will stop at nothing to regain the spotlight.

“It’s a part of the story that shows even if you become famous you won’t stay famous,” Sarah said.

She sees “Chicago” as shocking.

“In the end we realize (Roxie and Velma) duped us, the audience,” she said. “They made us root for them and they’re horrible people. Then again, that’s the whole point of the show.”