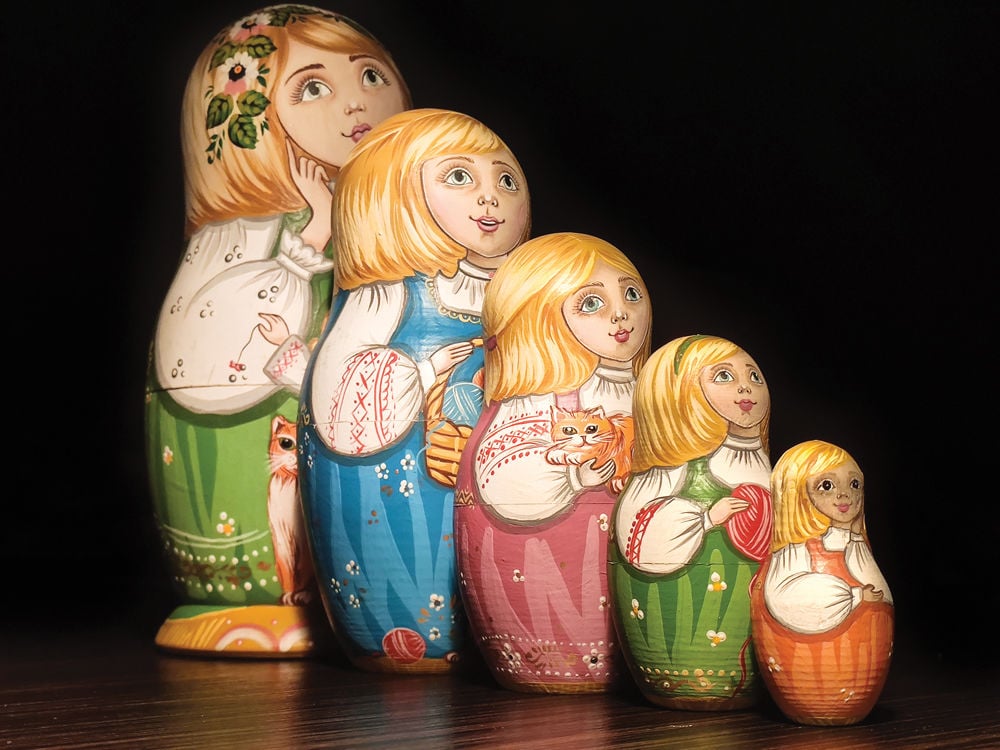 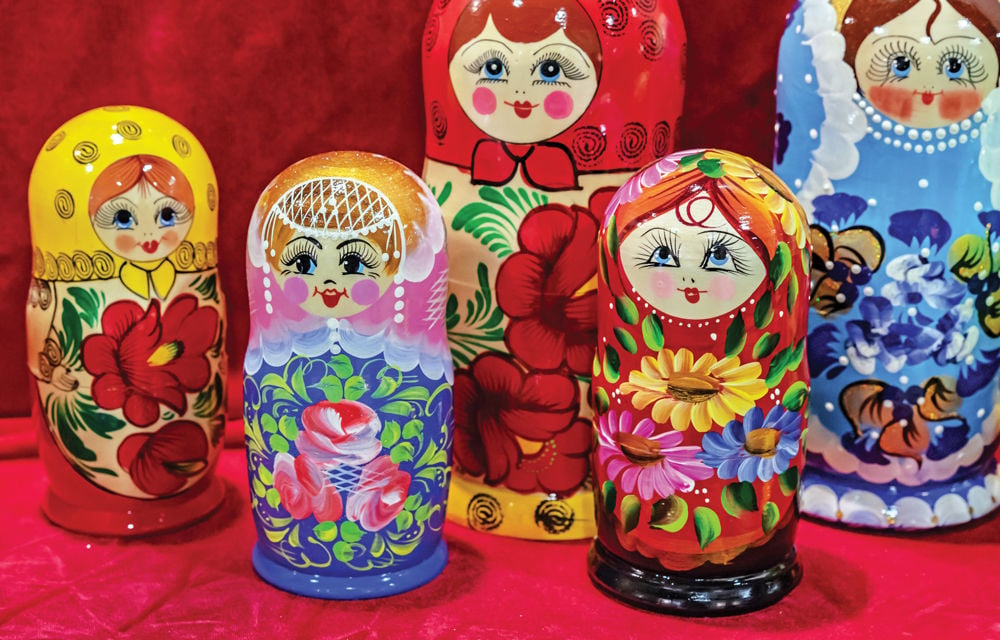 Russian nesting dolls – traditionally known as Matryoshka dolls – have a special place in my heart. Several years ago, I worked in the public relations department of the Moscow Ballet. Honestly, it’s one of the coolest jobs I’ve ever had.

The company is based in the Berkshires of western Massachusetts. To those wondering how an international dance company as its founders (graduates of the renowned Juilliard School) are natives to the area. The perks of this job were unlike any others I’ve ever had… free tickets to any show – namely its “Great Russian Nutcracker” annual holiday performance that tours all of the U.S. and numerous places in Canada – forming friendships with the lovely Russian (and countries around it) ballet dancers, and being able to share the experiences with my young nieces, who as children loved it. And what 6- and 8-year-old ballet enthusiasts wouldn’t?

So back to the Russian nesting dolls. They’re a set of wooden dolls of decreasing size that are placed one inside another. Their original name – Matryoshka – literally translates to “little matron,” which is a diminutive form of the Russian female first name Matryona or Matryosha. The first set was created in the late 1800s by Vasily Zvyozdochkin, a wood craftsman and carver, based on a design by folk crafts painter Sergey Malyutin.

“The Russian Store” notes that “given their unique shape, illustration and caricature, people often associate nesting dolls with various things” and interpretations such as a maternal connection where the outermost doll represents the mother and the smaller dolls her children; each layer representing a different part of people’s personalities; and the entire set of dolls representing “rebirth or constant change, where the shedding of one layer reveals the next which is a new ‘fresh’ version of the previous.”

According to Wiki, traditionally, the outer layer is a woman dressed in a sarafan, which is “a long and shapeless traditional Russian peasant jumper dress.” The figures inside are potentially of any gender, with the smallest, innermost doll a baby created from a single piece of wood. The elaborate artistry resides in the painting of each doll. They often follow a theme – anything from fairy tale characters to Soviet leaders. In the western region of the country, Matryoshka dolls are often referred to as babushka dolls, which means “grandmother” or “old woman.”

Being able to learn about and acquire these dolls was another of the perks from my time at the Moscow Ballet. I now own very traditional and unique Matryoshka dolls. I consider them prized possessions, and my time with this world-renowned ballet priceless.