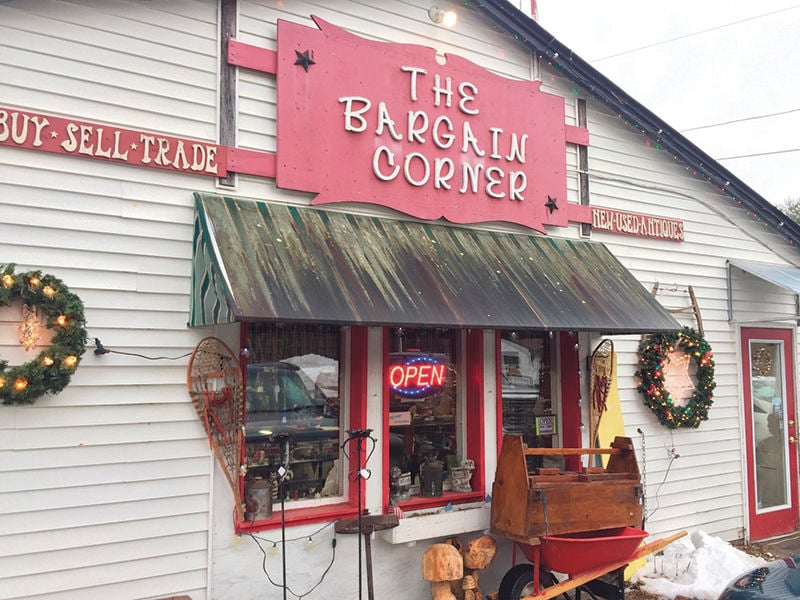 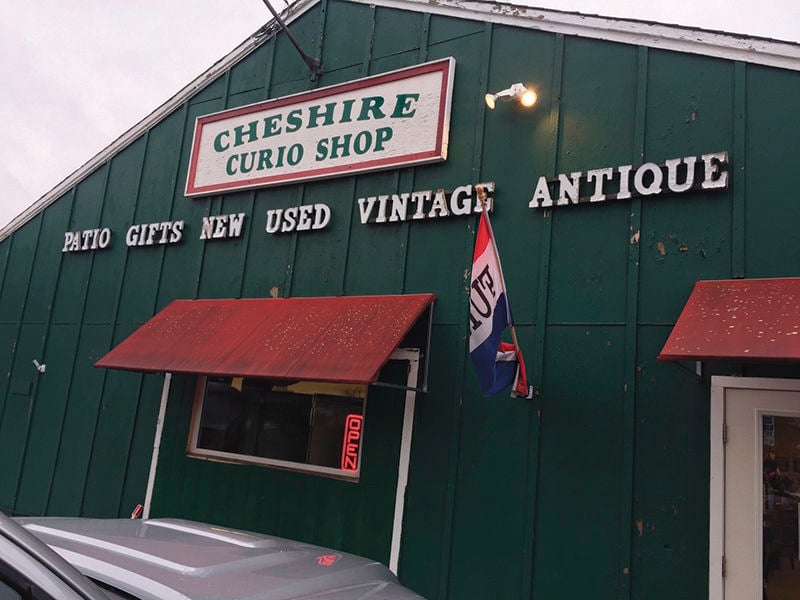 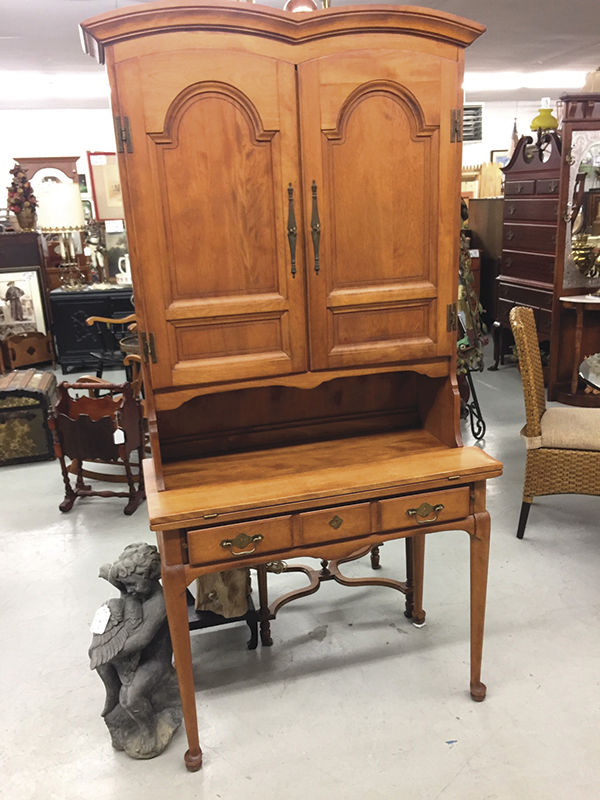 I had a couple days off from work following Christmas which was nice and relaxing. The first day I spent tidying up the house from all the festivities and then hitting some of the big box stores with my friend Roger for their after-Christmas sales on all things holiday — 50 to 70 percent off on Christmas tchotchkes, you can’t beat that!

Though my side gig is primarily selling vintage and antique items, you’ve got to sprinkle in the newer holiday décor during November and December since that’s what folks are primarily buying. The second day off, I boxed up all the new Christmas items for next year’s sales and packed it all away in a closet in the study. If you’re in the retail world, by the time Dec. 26 rolls around, you’ve just about reached Christmas décor appreciation limit.

Next, I headed out in my VW wagon for some actual antique shopping therapy. I decided to visit an old standby — Fairgrounds Antiques in Keene (actually East Swanzey but you know what I mean). It was a cloudy, drizzly December day. It was above freezing but I was still feeling pretty frozen, so I cranked up the heat and the defroster and off I went.

I’ve been an occasional customer at Fairgrounds Antiques for more than 30 years and have bought everything from simple vintage suitcases to a massive antique golden oak corner cabinet of drawers and glass doors that is our liquor, wine and barware station in the kitchen (It’s a nice foil for the white walls and black cabinets.)

Fairgrounds is a traditional, multi-dealer antiques-only shop with a LOT of booths. It’s easy to spend a good two hours just perusing the offerings. From antique furniture to old tools to vintage dishware, there’s a lot to look at.

As someone who’s been shopping antiques for many years, it’s easy to make the mistake of just scanning a booth quickly while roaming the aisles. I always have to remind myself to look a little deeper — check under the tables for some of the more rugged, farm-oriented or industrial stuff that often lives there.

I spotted a pair of old horse hames and initially I had no idea what they were. I appreciated the brass ornamentation on the rugged wooden pieces with lots of iron rings. An old friend from many years in the local antique business was presiding over the front counter and she told me they were part of the gear for work horses. I need to do a little research, and I can’t wait to polish that old brass.

I’d also spotted two vintage wool blankets at a good price. I was pretty sure I wanted them and added a mental note to go back once I’d gone through the whole shop. Now, this is a danger zone I often enter. My instinct was the wool blankets were in good shape and priced right for me to resell, but I still had more than three quarters of the shop to cover.

What if someone behind me grabs them? I’d even arranged them nicely for a photo so I’m imagining I’ve somehow channeled some psychic energy into their appeal. This fear would follow me through the rest of my tour, but luckily both blankets and the old horse gear were still there when I circled back.

I also had my eye on an old glass-paned door that either was originally part of a cabinet or was indeed a very small half of a casement window. The two top panels were slag glass and the bottom single panel appeared to be an advertisement for a French bakery. Something about it just didn’t feel right so I passed it by.

After that, I went next door to The Bargain Corner and met the friendly proprietors, Jay and Kristie. The Bargain Corner is another massive space that Cheshire Furniture used to occupy. It’s a mélange of newer and vintage furniture and home décor. With country music playing in the background, it was a warm, pleasant store and one in which a first-time home buyer or renter could easily furnish their home with on a budget.

Tip: if you’re looking for a hutch or a china cabinet, this place is loaded with them. I hadn’t seen that much rock maple in quite a while. Those pieces are built to last.

There were plenty of dining sets as well. Jay gave me his store card when I explained I was writing a piece on the fairgrounds group of shops. He explained to me that The Bargain Corner has a sister shop in Chester, Vt., owned by his father, I believe he said. Nice folks in there and tons of inventory.

I also really liked a large pellet furnace they had in the back wing. Smart on their part ‘cause I can only imagine what it might cost to heat the place.

Right next door to The Bargain Corner, I wandered into Cheshire Curio Shop. It’s in what was formerly an annex space of Cheshire Furniture (and before that, if you’ve been around the area a while, Lisa’s Wicker). Big and bright, I told the proprietor what a nice job he does displaying his wares.

And what a fun assortment of wares it is. His card reads “Unique Finds from the Past to the Present” and unique they certainly are. High-quality used furniture mixes with a nice selection of newer exotic pieces, from Asian-inspired to Bombay styles, and a smattering of good vintage pieces. Everything is clearly marked and I chuckled a bit at how, like I tend to do in my booth, most tags begin with the words “beautiful” and “terrific” as if the tag description might confirm what hopefully the customer already sees.

His prices are very reasonable, and it was the kind of place where you’d find what I’d call signature pieces for your home — a beautiful Bombay console table for a front hallway, for example. I give the owner extra points for being very attentive to his customers without being overbearing.

It was still cold and drizzly when I left the complex and I wasn’t surprised to find I’d spent a solid two hours browsing. Time well spent, though.

A treasure hunt combined with some warm conversation. What better way to while away some winter hours?