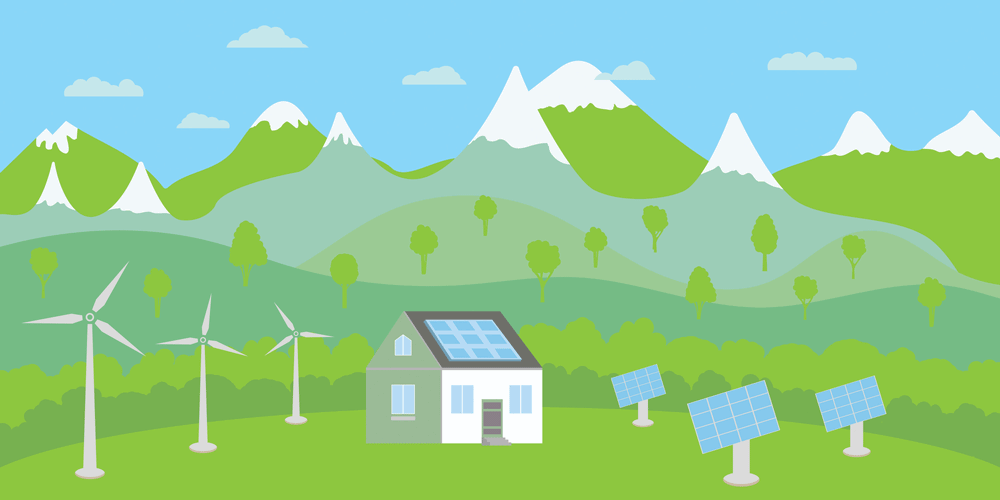 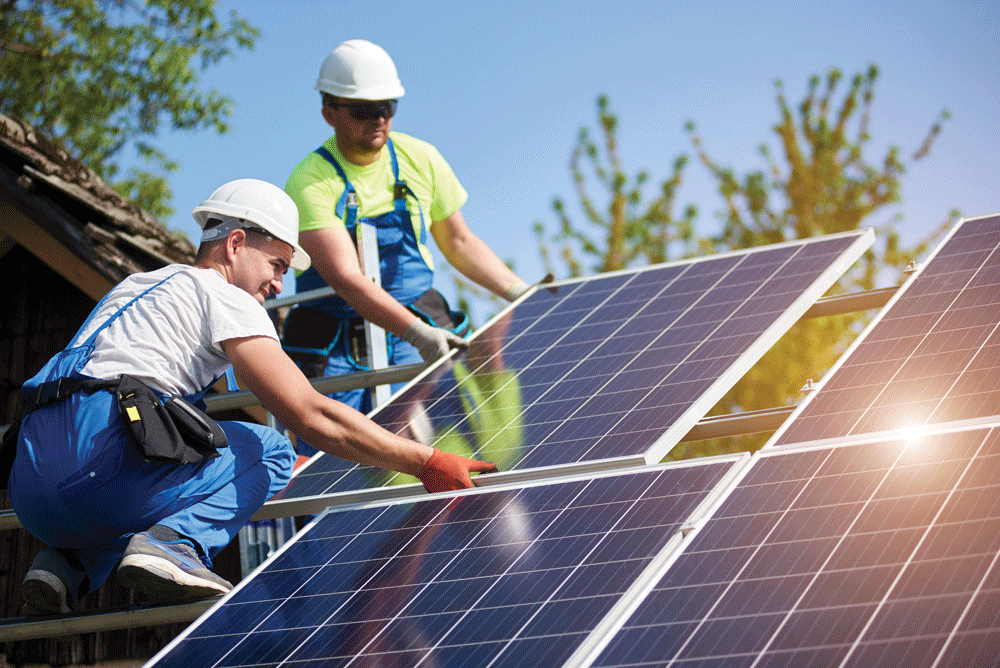 "We are in an unprecedented crisis, and if we don’t take really bold action now, like right now, it’s going to be devastating,” said Dori Drachman, an educator, naturalist and lead member of Peterborough Energy Action (PEA).

According to Annie Henry, PEA member and program manager at Monadnock Sustainabilty, “relative to our New England neighbors, New Hampshire is far behind when it comes to a much-needed clean energy transition.” That’s why PEA, a grassroots organization, has been working with the community and town officials to drive a plan for 100 percent clean, affordable and renewable energy for all.

Henry said it’s an effort “for the benefit of not just planet Earth, but for our local economy and community’s resilience.” Already, Peterborough has had some major wins in this realm. For instance, in 2015, the town installed a 1 MW solar array, which now saves Peterborough $18,000 a year on municipal energy costs. And during its recent library renovation project, the town won a grant to include solar panels there as well.

“I think we’ve got dedicated staff that really want to prioritize being sustainable,” Drachman said. For example, she noted that Peterborough’s recently retired town administrator was incredibly supportive, and the new person filling that role is equally involved.

As a next step, PEA plans to submit a Warrant Article to Peterborough’s 2021 Town Meeting, which is typically held in May. According to a recent press release, the Warrant Article will ask the community “to commit to a goal of 100 percent reliance on renewable sources of electricity by 2030 and renewable sources for all other energy needs, including for heating and transportation, by 2050.”

“It may seem like a big goal, but there is a feasible pathway to reach it,” Henry said. “It will just require all parts of the Peterborough community (residents, businesses and municipal members) to work together.”

If approved, the next step would be to appoint a committee and create an initial plan by December 2022. In the meantime, Drachman and her team are actively working to spread the word about the Warrant Article, discuss exciting possibilities, and address any concerns. Last week, they began hosting a series of virtual Community Dialogue sessions and plan to continue connecting with the public through spring. The idea is to answer logistical questions such as, how will I have enough money to buy solar panels? The answer: You won’t need to.

“There is a law that got passed in the fall of 2019 called Community Power, which allows for towns to buy electricity on behalf of all of their residents and businesses in the form of a bulk purchase,” Drachman said.

The program leverages the collective electricity load of the community to negotiate lower prices. The best part: the town can choose where their electricity is coming from.

“So, they can choose to buy electricity from renewable sources,” Drachman said. Anyone who wants to participate can, and there is an option to opt out. But to Drachman, it’s truly a win. “It doesn’t matter your income level, and it doesn’t even matter if you own a house,” she said. “If you’re paying for electricity, you can do this.”

Another point PEA has clarified is that the Warrant Article clearly states the plan is an aspirational commitment, not a legal one. So, no one would be held legally liable if the goal is not met fully. However, that doesn’t make it any less meaningful.

“By 2030, if we have only 85 or 90 percent of our electricity from renewable energy, then okay, we’ll try to get that last 10 percent. But it is leaps and bounds further along than we would have been had we not had this goal,” Drachman said.

“Such a transition would also help localize our energy sector,” Henry added, “which means more local jobs and more of our dollars spent on energy staying in the New Hampshire economy. Not to mention fewer pollutants in our air!”

Stay tuned for opportunities to join the conversation by visiting the “News & Events” page at peterboroughenergyaction.org. There, you can also learn more, get involved and follow along via social media.