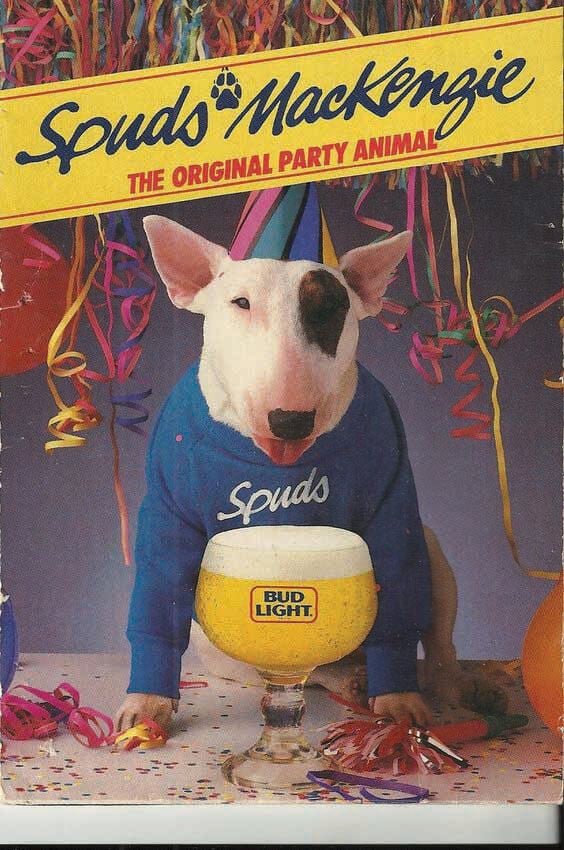 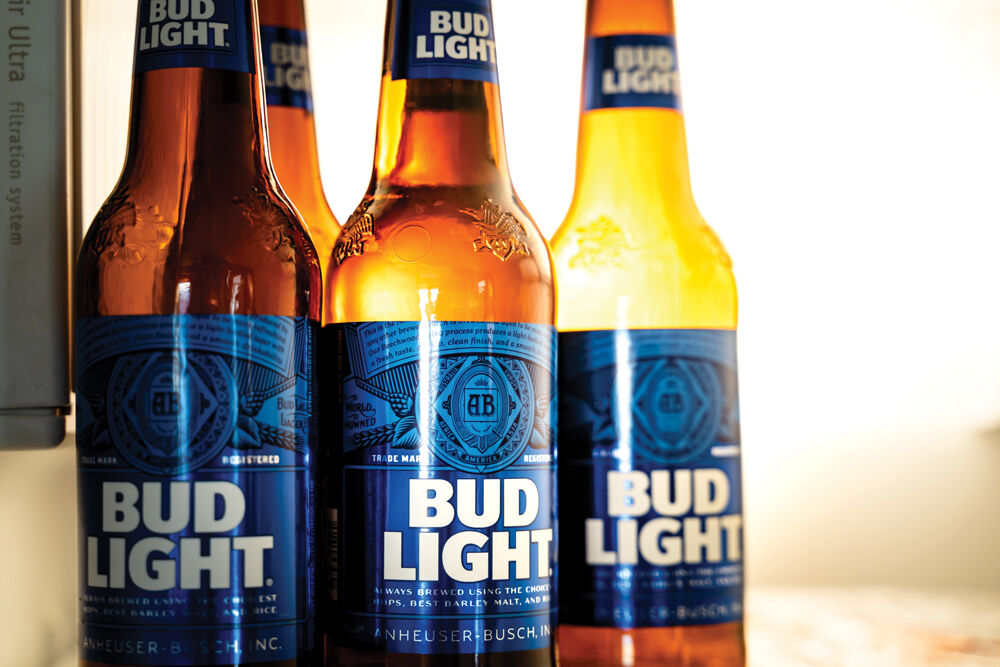 In the late 1980s, Bud Light beer’s mascot was as popular as the brand itself. Spuds MacKenzie, a bull terrier, became a near-instant hit after debuting in a TV commercial during Super Bowl XXI.

Part of an extensive advertising campaign from 1987 until 1989, Spuds was a female named Honey Tree Evil Eye — nicknamed Evie — from Illinois. In ads, she portrayed a male dog, something that came out later on in the campaign.

Spuds was coined Bud Light’s “super party animal” and “the guru of good times” in the commercials, which featured her entertaining people at parties and other events. But not traditional “dog tricks” entertainment. She was a drummer at a summer BBQ one time; she rode around in limousines alongside a troupe known as the Spudettes; she was bellied up to a bar with new friends at one point too. She even competed in the pole vault competition in the 1988 Summer Olympics in Seoul, South Korea. Given the crowd’s reaction in the commercial after her vault, I think she won gold… or at least placed.

Spuds and the commercials were so popular, they helped increase Bud Light’s sales by about 20 percent between 1987 and 1988, according to the New York Times. The mascot was on t-shirts, posters, beer steins and glasses, pins, keychains and beach towels.

But as popular and loved as Spuds was, she, and Bud Light, fell into controversy.

In late 1987, Republican Sen. Strom Thurmond spoke on the Senate floor about the Spuds ad campaign, accusing Bud Light and its parent, Anheuser-Busch, of marketing to children by encouraging and “glamorizing” alcohol; he noted as examples Spuds stuffed animals and shirts in children’s sizes. A holiday commercial that same year featured Spuds dressed as Santa.

Mothers Against Drunk Driving also accused the beer brand of marketing the mascot to children and glorifying alcohol. Bud Light soon began a series of commercials — including one in which Spuds is playing the guitar for human friends in front of a fireplace during a house party — that ended with, “know when to say when” to alcohol consumption.

While Anheuser-Busch disputed the allegations, the brand retired the Spuds campaign in 1989 — among all of the controversy, the character’s image began overshadowing the brand.

The beloved mascot was resurrected in 2017 during Superbowl LI, which coincided with the Bud Light ad campaign’s 30th anniversary. In the commercial, Spuds appears as a ghost helping a man who was opting for a night at home to instead reunite with his friends — according to Ad Age, this was meant to tie into Bud Light’s “Famous Among Friends” campaign. Before ascending to Heaven, Bud Light in paw, the announcer says, “that was Spuds MacKenzie reminding you, you’re not just here for the parties, you’re here for the friendships.”

Spuds may be gone, but clearly she’ll never be forgotten.