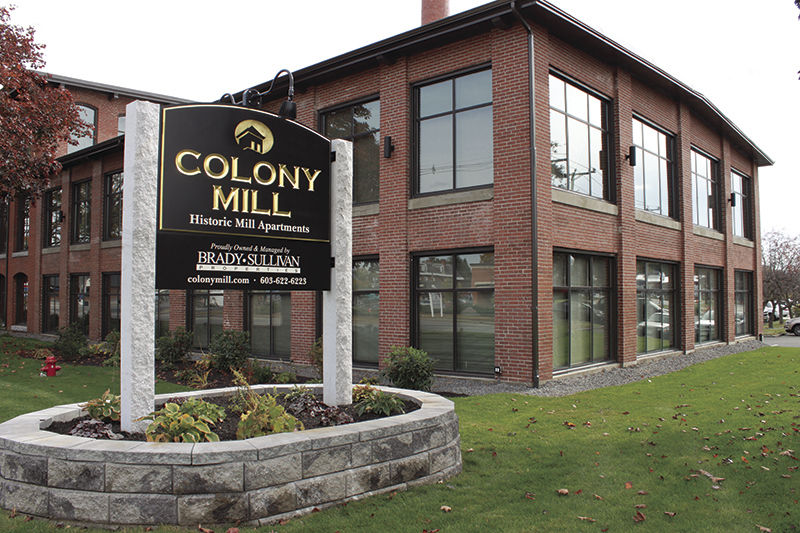 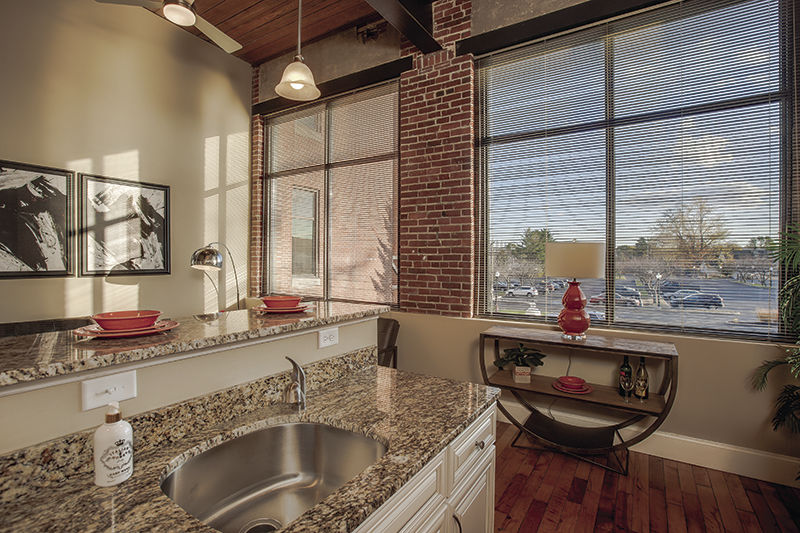 I’ve often thought that when I got older, I’d like to live in a more urban environment, convenient to all the things I imagine I’m going to want to spend my time doing — restaurants, theater, library and shopping.

Ideally it would also be within close proximity to the people I want to spend time with, kind of like cluster living. Everybody would have their own private home but be close enough to walk to for a cup of coffee or evening cocktail.

Now, don’t get me wrong. I love living in the country right now in Dublin. I can’t really imagine giving up the gardens and wide-open spaces. At the same time, I’d love to spend three or four months during the winter somewhere warm.

While the prospect of owning three different homes is highly improbable, there’s always opportunities ahead of us and one just recently emerged in Keene. The gorgeous old Colony Mill Marketplace on West Street has now been reborn as 89 urban loft style apartments.

I’d been dying to get a peek inside, and I finally did.

Years ago, I saw a Jane Fonda movie, a thriller called “The Morning After,” and in it, her character woke up next to a dead man in her bed. As exciting as that was, I was actually more mesmerized by the character’s apartment — sandblasted brick, high ceilings and an industrial-style elevator. So cool!

Now, Keene is no stranger to loft style living spaces. Many, many years ago The Carriage House and The Cracker Factory on the downtown end of Church Street introduced the whole sandblasted brick/vast windows/converted factory space to town with high-end condominiums for sale.

Years after that, Mitch Greenwald converted an old mill building on Emerald Street into student apartments. And now we’ve got upscale living in what was once a beloved converted mill shopping mall. Change is constant and it was horrible watching the once very desirable shopping mecca slowly lose its way, so I hope everyone’s excited that new life has been breathed into those brick walls.

Developer Brady-Sullivan has converted 22 old mill buildings into apartments throughout New England and they know what they’re doing. I first visited the second-floor apartment of my friend David just before Christmas. He’s pretty sure he’s got the best apartment in the whole place with huge windows on three sides of his apartment.

One of the first things I noticed was the tall, tall interior doors they used. They perfectly complement the tall ceilings. His wood floors are gorgeous and the whole place seems big and airy.  Granite countertops and sleek appliances help with the industrial feel I love.

And the windows. Oh, my goodness, let the sun shine in!

David took me around the whole complex and it was so weird to wander the familiar hallways that were now leading to apartments and not stores. The office is open seven days a week for tours and is in the space most recently occupied by Winchendon Furniture.

There’s a gym with treadmills and other equipment, a theater with comfy seats and a big screen TV and there’s even a community room right about where Zenus is Jewelry used to be, complete with a kitchen and pool table. It was being used for a family get-together as I walked by and I noticed a roasted turkey amongst the offerings.

All the common spaces are accessed by key cards and when I went back for a tour the other day, friendly property manager, Erica, took me into more of the units available. The cool thing about converted mill apartment complexes is that, due to the uniqueness and intricacies of the old building, no two units are alike.

One might have an old iron plate affixed to a brick wall and another might have a huge old pipe running across the ceiling.  What they do all share in common is high ceilings and vast windows.

Erica shared with me that the old carriage that used to adorn the courtyard of the food court has been refurbished and is soon coming back to the mill and will be placed inside in one of the common areas. What a neat thing to do!

Other amenities include parking and visitors can press an apartment’s button which rings the tenant’s cell phone or landline. I don’t know how folks will resist spoiling themselves by frequent dining at Elm City Brew Pub downstairs and there’s a new NBT Bank branch in the old Ye Goodie Shoppe building.

If I had my druthers, I’d love to see the former restaurant that’s now a casino converted back to a restaurant. I’m thinking Keene needs a French restaurant, but that’s just me.

Oh, and you know what else? Colony Mill is pet-friendly! Yes, you can have a dog or a cat and other small animals are considered on an individual basis. They also offer six-month leases which is handy.

I speak frequently to the marketing folks at Brady-Sullivan because they’re faithful ELF advertisers and my friend Holley summed it up nicely in describing the Colony Mill apartments. Appealing to professionals of all ages, these upscale apartments are industrial elegance and I found the whole place to have a warmth about it.

I’m awfully happy the old mill will be well-loved again for many years to come. Even if you’re just curious out of nostalgia, go take a tour and see if you can figure out where Kristin’s Bakery once stood (I did) and where Nick DeNucci used to sit at the grand piano and play his heart out for all the shoppers.

Who knows… maybe they’ll bring back a grand piano some day!