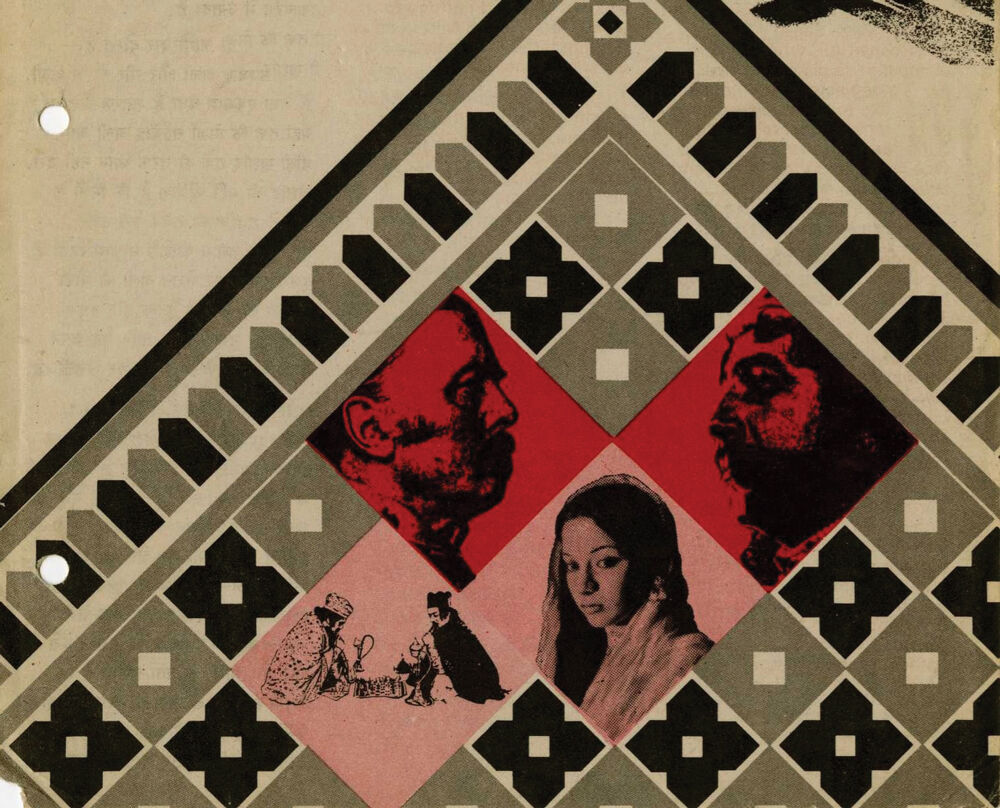 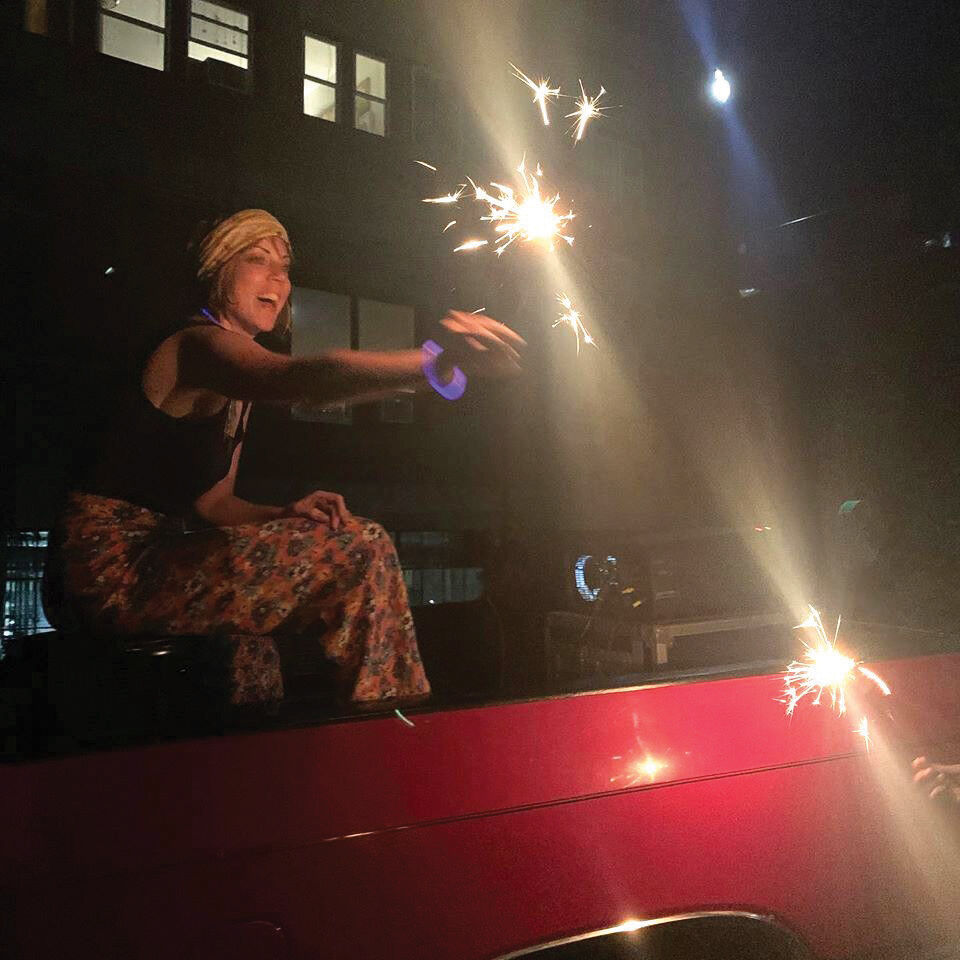 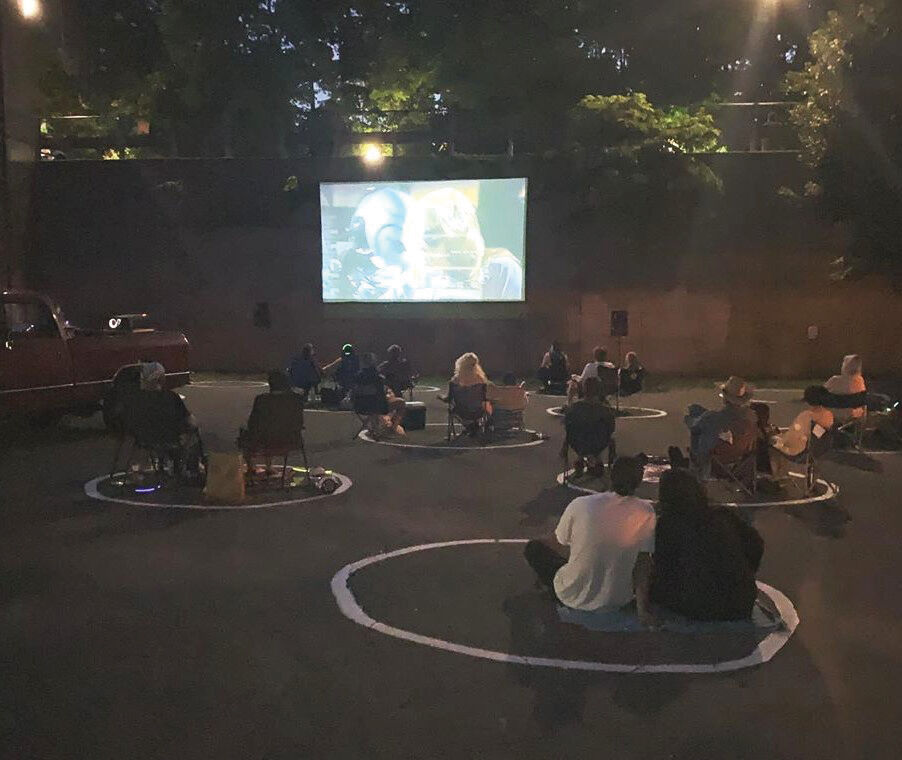 While the majority of movie theaters around the country remain closed this summer, a local nonprofit is showing films drive-in style… outdoors under the stars, minus the cars.

Epsilon Spires, an arts organization in Brattleboro that also hosts live performances, launched its inaugural Backlot Cinema series this month. It consists of socially distanced outdoor film screenings on Friday nights (through August) in its parking lot. They are features paired with film shorts, live performances and other contemporary art surprises. Raffles for gift certificates from local partners are part of each screening event, and food vendors are paired with the film themes for a multi-sensorial experience.

The program celebrates cinema past and present, popular and experimental, highlighting voices from around the world.

The mission of Epsilon Spires, founded last summer, is to operate at the intersection of art, science and sustainability. The nonprofit organization works to build these connections by providing interactive art installations that experiment with sound, light and sensory perception, all while encouraging inquiry and discourse by integrating diverse forms of expression.

The name Epsilon Spires, which also refers to a performance series, combines a reference to the architectural structure of its building — the First Baptist Church on Main Street — and Epsilon, which, when applied in physics, can be understood as “pushing the envelope.” The organization’s 1868 High Victorian Gothic church home, with its historic Estey organ, has a 425-seat sanctuary (although 75 is the maximum occupancy allowance right now), double balcony and exemplary acoustics for cutting-edge performances, rarely-screened films and interactive art installations.

“It’s Important to provide a safe way for people to get together and see something innovative in this time,” said Epsilon Spires Creative Director Jamie Mohr. “Everyone’s sick of Netflix and want something different to do. So, we’re [the Epsilon Spires board] exploring new platforms and we’re being interactive and thoughtful about that exchange.”

Films are projected on a large outdoor screen in the back lot, which is empty of cars. Instead, a series of circles of different sizes (to accommodate different-sized groups) have been painted on the ground with seven feet between them on all sides.

“There’s a maximum sight line for the screen so no one blocks anyone’s view,” Mohr said. “It ensures people who come have the best experience.”

“People lit sparklers [in honor of Independence Day] and they were cheering during the credits,” Mohr said. “It felt like togetherness maybe more so than going to a movie normally.”

Last weekend, the series hosted an Afrofuturist double feature program with the short film “Afronauts,” along with a brand new Ethiopean sci-fi comedy feature. An Ethiopean food truck based in Burlington, Vt., was parked in front of the church, serving cinema customers and those on the street.

“We’re showing subculture that normally doesn’t have this platform,” Mohr said. “We’re pivoting to show [film] in Brattleboro that isn’t even being seen in major cities.”

Next up this Friday, July 17, will be a showing of Satyajit Ray’s “Shatranj Ke Khilari (The Chess Players),” a complex historical narrative that offers an unflinching look at collusion between the colonizer and colonized elites. The film will be introduced by Vidhi Salla of the Mumbai/Brattleboro radio show Vidhi’s Bollywood Jukebox on WVEW 107.7 FM.

“It’s multi-layered,” said Mohr of the 1977 non-traditional Bollywood film — the first by famous art house Indian film director Ray. “It has the dance numbers and costumes but there’s a subtext about the collusion between the elite in India and the British [East India] Company.”

Salla, who co-curated the Backlot Cinema series, will provide contextual background to deepen the experience. Shital’s Indian Vegetarian Food, based in West Dover, Vt., will be on hand serving dinner.

Future Backlot Cinema events include Muscle Beach: A Tribute to the Films of Robert Fiore, featuring the documentary “Pumping Iron,” on July 24.

Mohr has other ideas in the works in planning the series, including showing a documentary highlighting the characters in a parking lot before a Judas Priest concert; a 16-millimeter film night; and a screening on the river for boaters.

“It’s all about creating experiences people won’t forget,” she said. “We’re trying to build a following where people come back again and again because they know what to expect… something intriguing and intellectually stimulating.”

Doors open at 8 p.m. for all Backlot Cinema screenings. Space is limited and advanced booking is encouraged. For the most up-to-date event scheduling information and to purchase tickets, visit epsilonspires.org.