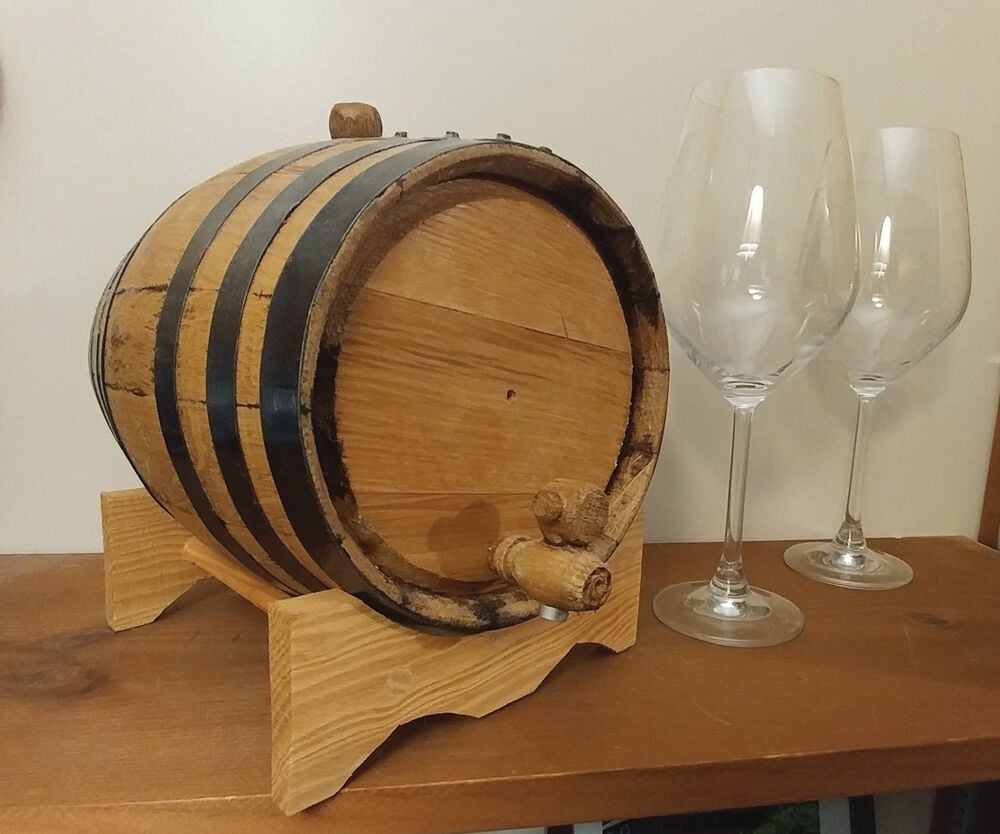 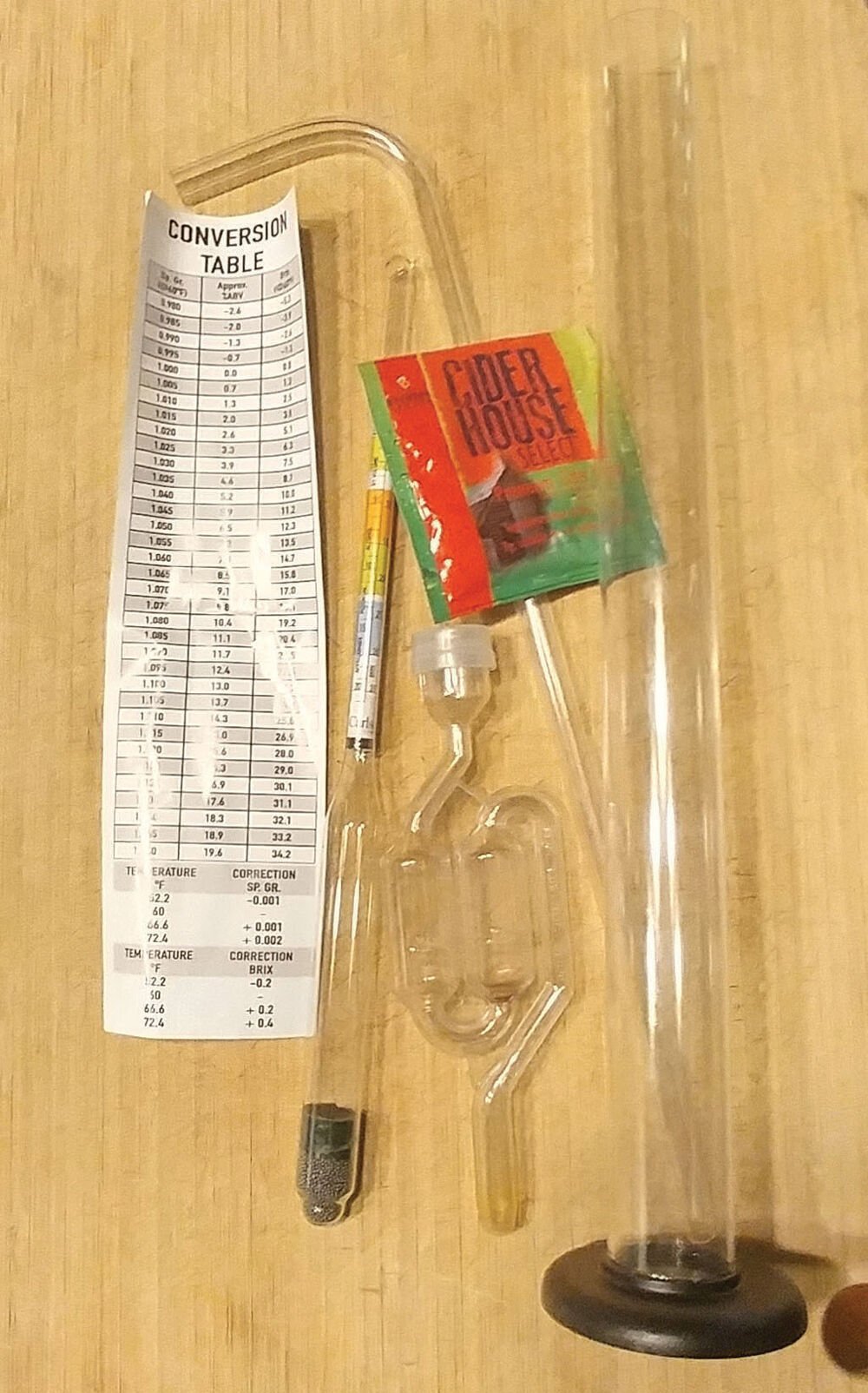 Take your best shot at imagining a Neolithic Chinese village. Somewhere amongst the toil of ancient human life, someone found time for fermenting grapes, hawthorn berries, honey and rice to make ancient wine. Picture that early vintner storing their creation in clay pots that soaked up some of that refreshment, locking it in the porous pottery walls. About 9,000 years later, archaeologists dig up shards of the pottery and chemically analyze it to find signs of that 6650 BCE vintage. The evidence of ancient alcohol doesn’t stop there — all over the world humans have independently discovered and fermented beverages from whatever was available.

Fast forward to New England’s history of fermenting the most available foodstuffs. In colonial times, New Englanders had access to local fruits, berries and grains, and most alcohol was made and drank locally. They also had access to byproducts of the sugar trade, from which they could (and did) make rum. Hard cider and rum were actually the most commonly made up until prohibition, but whether it was cider, wine, beer or rum, it was very common to make it at home from whatever was available.

A few years ago, I found myself in a similar situation to those colonists, with access to a surplus of local fruits. For me, it was blueberries and apples. Having a taste for alcohol and homemade things in general, I decided to become a Neolithic Chinese villager and take time out of busy ancient modern life to try my hand at making wine. With a freezer full of blueberries and some basic brewing supplies, all I needed was a recipe and I was off to the races.

So, on a glowing summer afternoon, I smashed together blueberries, water and sugar in a fermentation vessel (a really clean five-gallon bucket with a special lid). Next was to inoculate the sticky sweet juice with wine yeast, all the while making sure everything that touched the wine-to-be was uber clean so that my new yeast microorganism buddies didn’t have any competition while they turned sugar into alcohol and carbon dioxide.

Then came the special air-lock lid; I just had to let the whole thing sit somewhere quiet. The special lid releases the pressure that builds as yeast produces carbon dioxide, but without letting in outside air (and anything in it). That lets the yeast march forward without interruption from other microorganisms as they transform the sweet juice into a much dryer adult beverage. Once the fermentation starts to dwindle, all of the liquid is siphoned to a secondary fermentation vessel, leaving behind any fruit sediment or old yeast for the remainder of the fermentation and improving the flavor.

Of course, there are ways to build on a simple process like that. Barrel aging, rigorous temperature control or even stopping fermentation early are all ways to influence the flavor of the end-product. A clever friend of mine hacked a chest freezer to keep his fermenting beer at a constant temperature. It must help because his beer is always really tasty.

My fiance enjoys very sweet wine and cider, and that requires controlling the yeast population during the fermentation so they leave some sugar behind. My dad likes to work his love of history into the labels of the beer he brews. Making wine yourself is great because it is easy to get started and have good results, but if you get bored with that, there are so many ways to advance your wine making and grow your skills.

Or, you could branch out into making more than just wine. I’ve made hard apple cider, as well, and the process is very similar. They both start with some sort of sticky sweet fruit juice pressed from apples, blueberries or grapes, etc. The sweet part is actually the important part, at least for the fermentation.

We covered that sugar+yeast=alcohol and carbon dioxide. In that equation it’s the sugar that controls the amount of alcohol, so the sweeter your starting juice, the more alcoholic the end product could be. That’s why wine grapes have been cultivated to have a much higher sugar content than normal grapes, and why hard cider is not as strong as wine. You can boost the alcohol content by adding something sweet to your starting juice — sugar, honey or maple syrup. Sugar will affect the taste the least, but choosing your own sweet ingredient is a way to make your batch unique and potentially improve it.

Blending different juices can also mix things up. Cider is commonly made with a blend of juice from different apple varieties. I’ve mixed sour apples from a friend’s garden with bitter crab apples from an orchard and apples from a Macintosh tree at my parent’s place. When I made cider for the first time with a friend, we went wandering through abandoned orchards looking for wild apples and concord grapes to personalize our batch.

That reminds me of my favorite way to make any batch of anything better (whether it came out good or not so good)… just share it with friends and family. That concord grape batch actually failed but it was one of the most fun to make because of the people I made it with. Celebrate the good batches, laugh at the other batches, and enjoy them all together (even if you have to do it virtually).

I really can’t recommend it enough. Drinking homemade stuff seems to make you feel even warmer and fuzzier than usual. If you’d like to give it a try, let me suggest (from one beginner to another) that you find a good recipe or even better yet, a kit with good instructions. That will make the first batch easy, and the key to success is patiently following those instructions and keeping things clean. That ensures your little yeast buddies have a comfy place to work their magic without disruption from other meddling organisms that aren’t nearly as tasty. But blueberry wine surely is, or cider, beer, etc.

Make like a colonist and use what speaks to you and what is available. After all, we humans have been making wine for at least 9,000 years, so it’s probably in our blood at this point.