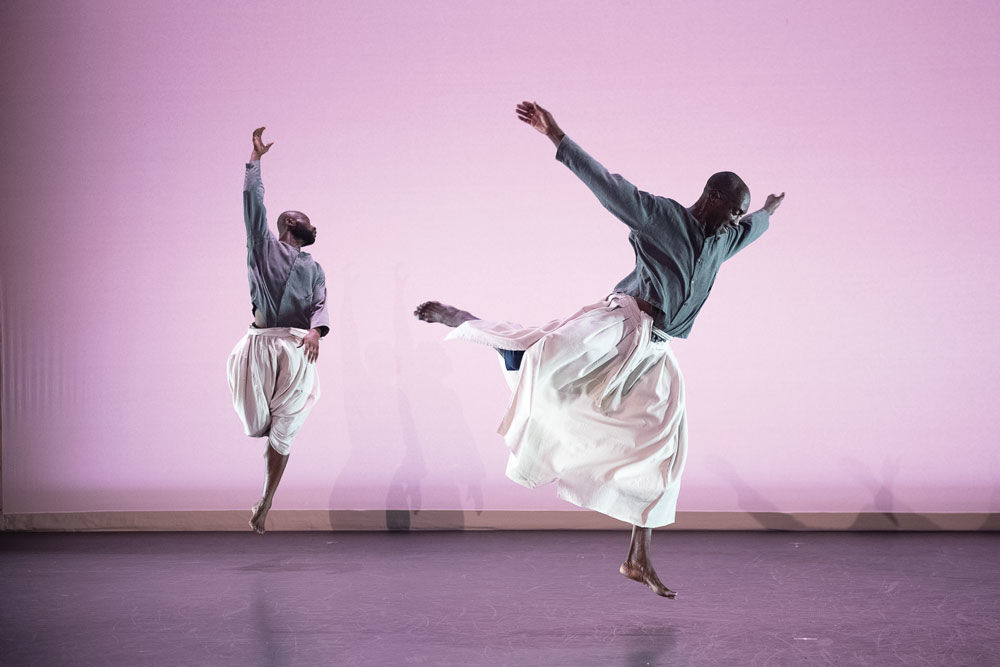 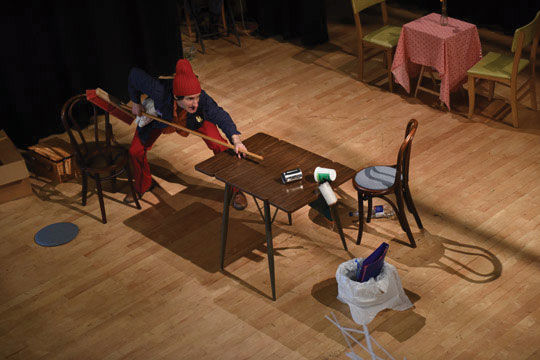 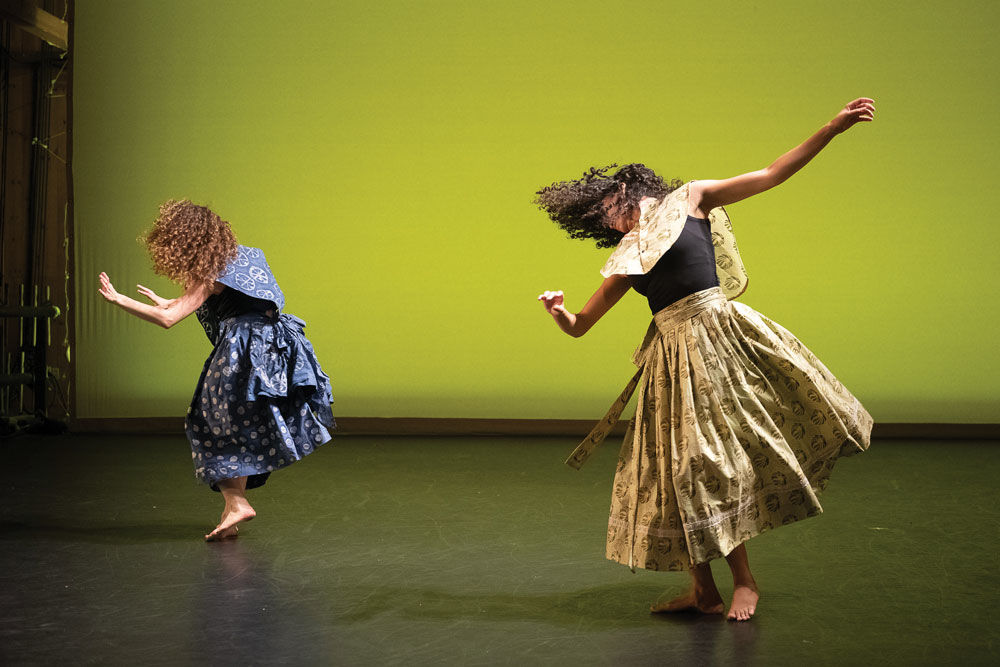 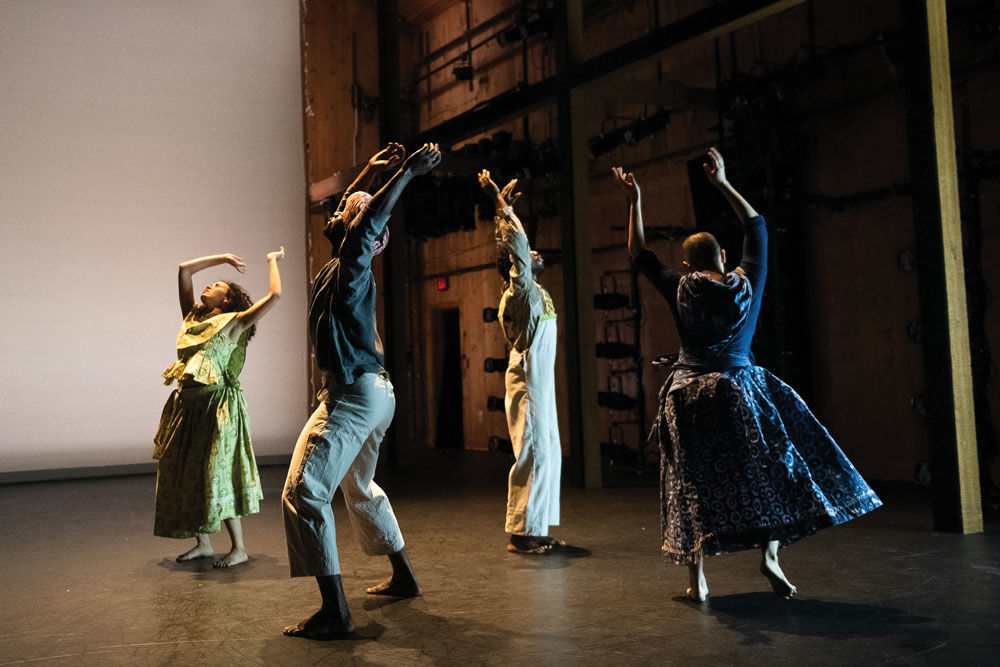 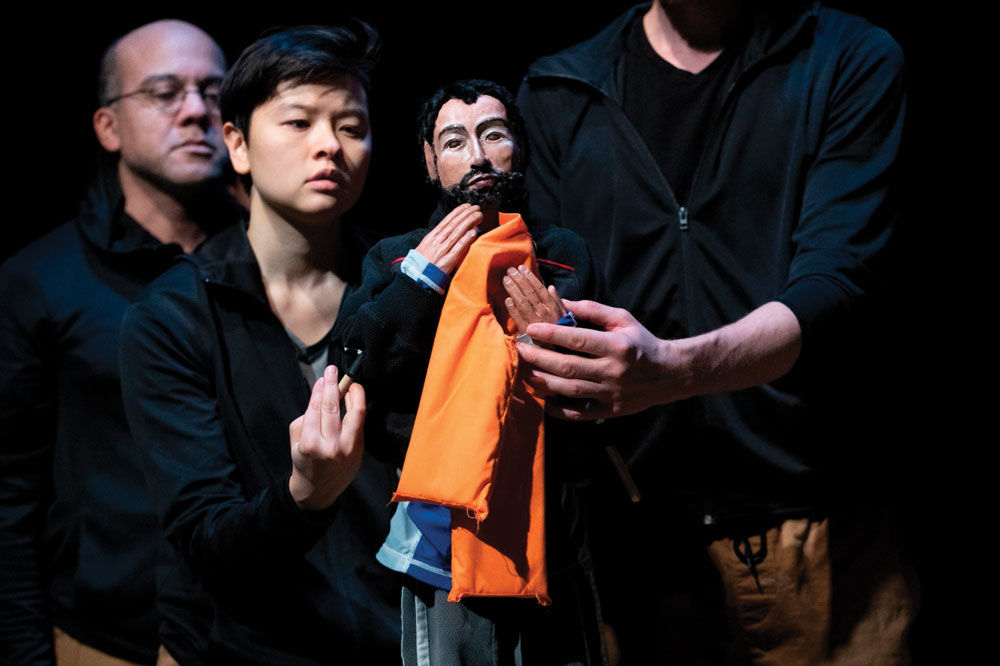 The Redfern Arts Center at Keene State College is gearing up for another rousing spring! The Redfern Family Series will host the Swiss-American Piti Theatre Company presentation of “Sammy and Le Grand Buffet” at the Alumni Recital Hall on Feb. 22 at 11 a.m.

The show tells the story of Sammy – played by Piti Co-Founder and Artistic Director, Playwright, Performer and Teacher Jonathan Mirin – an American clown living in Paris who is trying to prepare a feast... or be fired. According to information from Sharon Fantl, assistant director of Redfern, Sammy “does his best to follow the [dinner preparation] list à faire with his limited French and clowning antics, but it’s anyone’s guess if he can get it all done in time. The title character has been inspired by renowned physical comedians Charlie Chaplin and Buster Keaton, as well as the Calvin and Hobbes comic strip, 1947’s “The Secret Life of Walter Mitty,” and Mirin’s own experiences while living and working in French-speaking Switzerland.

The show is being directed by Godeliève Richard, co-founder of Piti, and developed in collaboration with Swiss Director Dominique Bourqin and Avner Eisenberg, who is “considered one of the world’s great clowns.”

The Piti Theatre Company (an award-winning group based in Shelburne Falls, Mass., and Switzerland) will also present a workshop – Interaction: What an Actor Knows About Communication and Conflict Resolution in Community – on Friday, Feb. 21 on the Keene State campus.

The workshop, part of the Creative Connections program at Keene State, will be led by Mirin, who, in addition to his work with Piti, is a trainer with Power+Systems, a Boston-based non-profit consulting company. He will draw “on the work of systems thinking pioneer Barry Oshry, improvisation master teacher Keith Johnstone and more than 20 years of writing, acting and directing professional theater,” according to the Redfern, offering “a customized experiential workshop full of tools, techniques and ways of thinking about our stories that can be put to immediate use.”

Another workshop to be held at Redfern in the spring – Refugee Journey – will be led by Sandglass Theater. Created by Laurie Stavrand, community partnership coordinator for the U.S. Committee for Refugees and Immigrants Vermont Refugee Resettlement Program, Refugee Journey will be held on Tuesday, March 10 at 2 p.m. at the Thorne-Sagendorph Art Lab. It will lead participants through “facilitated discussions that stem from a board game designed to share parts of true refugee stories and personalize the refugee experience in all its danger, unfairness and bureaucracy.”

A roundtable conversation – Gifts of Power – on Tuesday, March 31 at 12 p.m. at the KSC Thorne-Sagendorph Art Lab will be feature Choreographer Reggie Wilson, along with dance scholar Sandra L. Burton (Lipp Family director of dance and chair of the dance Department at Williams College), and Shaker scholar Mary Ann Haagen. According to Fantl, the trio will “explore aspects of the Shaker religion and affinities between its practices as they are more widely understood with the spiritual practices of the African diaspora.”

And Wilson, along with the Fist & Heel Performance Group, will offer a dance masterclass at the L.P. Young Student Center on Wednesday, April 1 at 10 a.m.

For more information about these and other programs, workshops and performances at KSC’s Redfern Arts Center, visit www.keene.edu/arts/redfern or call (603) 358-2168.