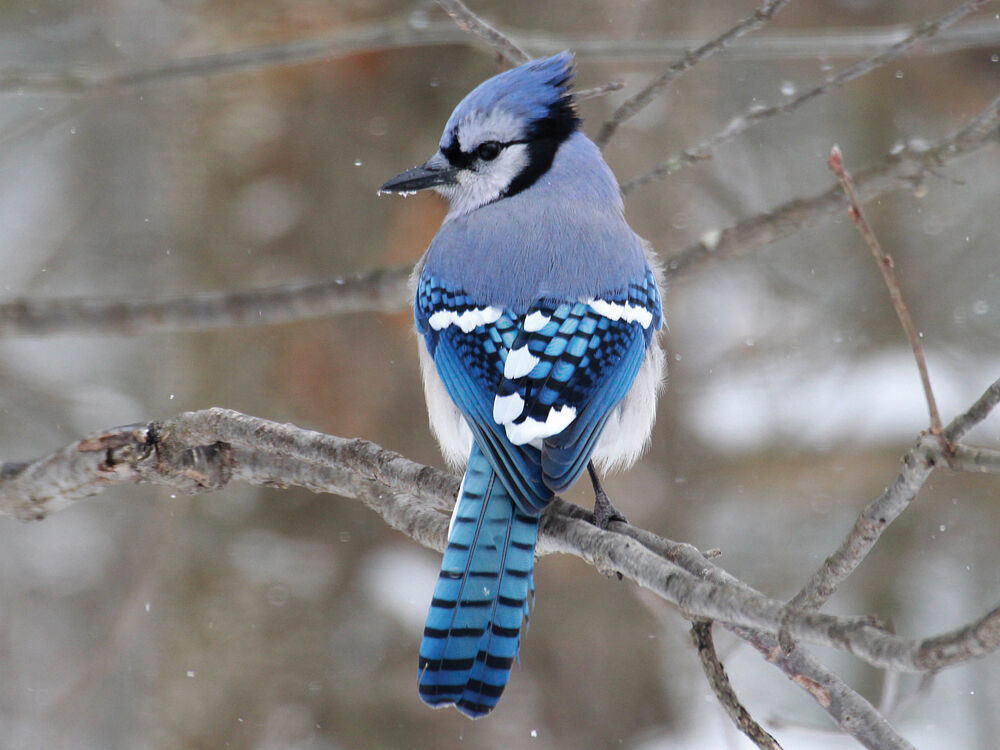 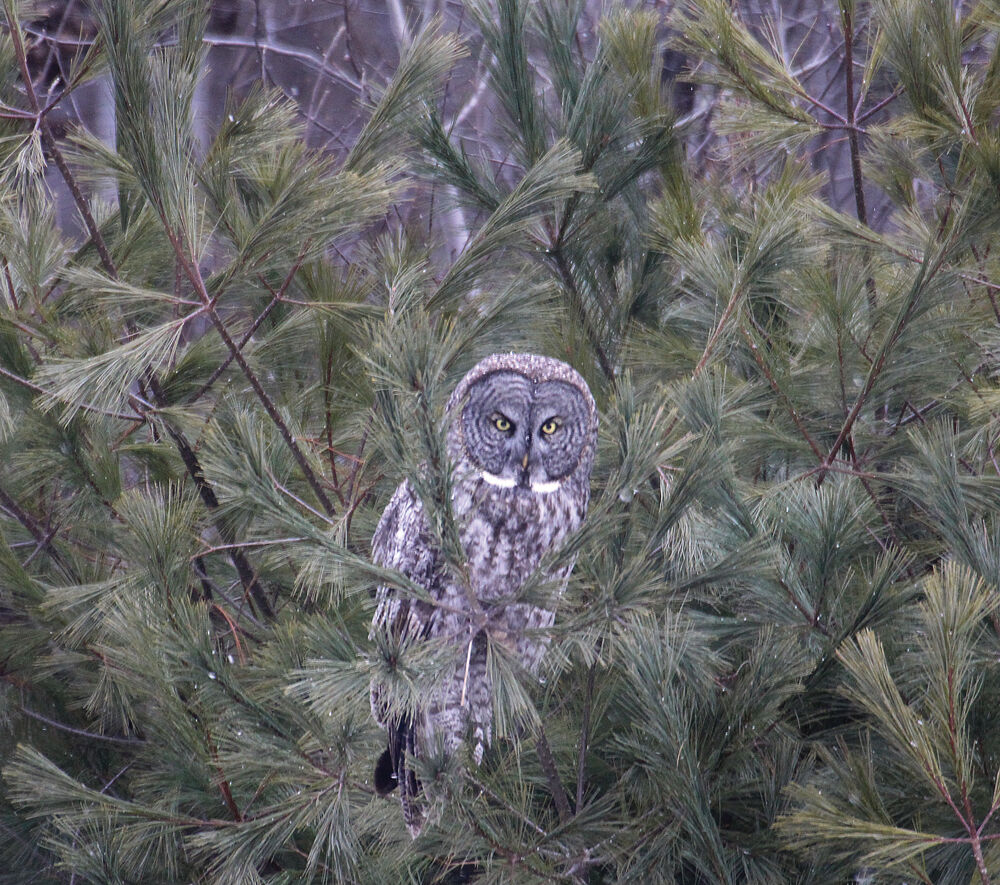 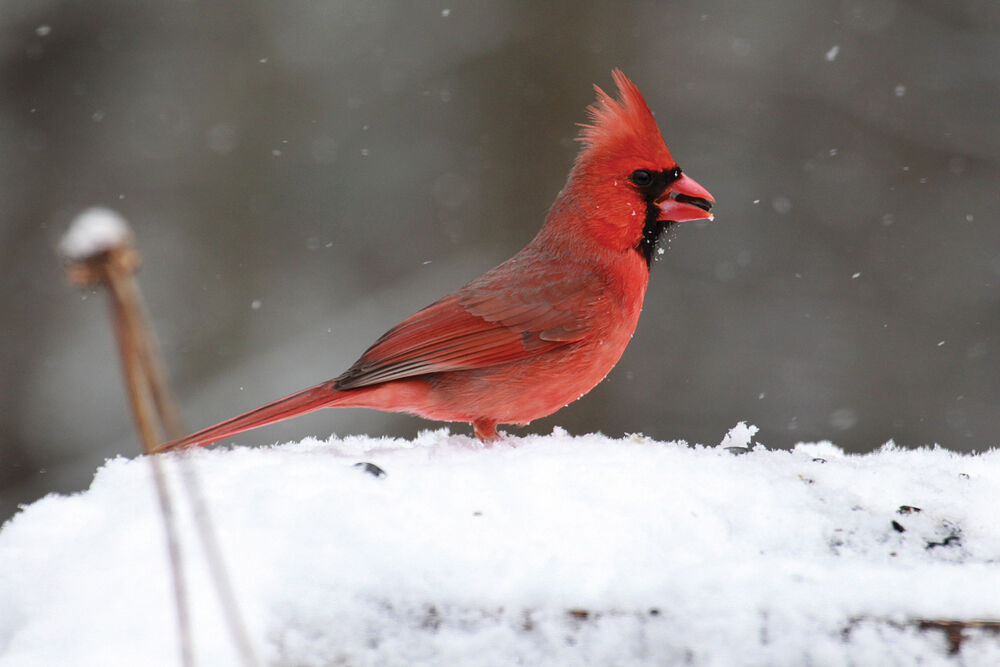 New Hampshire has plenty of reliable year-round birds that may be seen on the coldest of days. Black-capped chickadees, tufted titmice, white-breasted nuthatches, northern cardinals, blue jays and downy woodpeckers never fail to brighten up a frigid, gray day.

But those hardy-feathered favorites only scratch the surface of the winter adventures that await equally resilient birdwatchers in New Hampshire. Opportunities abound even as nature puts the Granite State in a deep freeze and covers the landscape in a blanket of white.

The rewards of winter birdwatching are great, even if the total number of species likely to be found are fewer than during other seasons. Whether in the woods, on the shore of an unfrozen lake or at the kitchen table with a view to the backyard, birdwatching is just the activity to ward off the winter blues. The only equipment necessary are warm clothes, a field guide and binoculars. And a spotting scope comes in handy when looking at distant waterfowl on open water.

If the destination is outdoors, birdwatchers must dress for the occasion. Steven Lamonde, a local birdwatcher and adjunct professor at Antioch University New England, suggests wearing several layers, which may be shed as the day progresses.

“If you start before sunrise, it can be four degrees outside. By the afternoon, it may be 25 degrees and you can take off a few middle layers,” he said. “A thick jacket and ski pants are really helpful. Footwear is key. Hiking boots will suffice on some days, but you really want to think about traction. That’s where crampons or micro-spikes are useful. Snowshoes are great when the snow is deep.”

Great rewards and surprises await birdwatchers in the winter. Irruptions of species such as snowy owls, pine siskins, common redpolls, crossbills and grosbeaks make the season unpredictable. An irruption is when a bird species comes down into New England from Canada in numbers far greater than a typical year. The irruptions are believed to be linked to food availability up north. This year, large numbers of evening grosbeaks, red-breasted nuthatches, red-winged crossbills and common redpolls are being spotted throughout the Monadnock Region.

According to Phil Brown, director of land management at New Hampshire Audubon and the organizer of the Keene Christmas Bird Count, a record number of species (62) and individual birds (9,478) were spotted during the count held a few weeks ago. The CBC is the longest-running citizen science bird census project in the world. (Keene was part of the original CBC in 1900.) A red-headed woodpecker and long-tailed duck were spotted for the first time ever in the Keene CBC this year.

“There were a slew of records in the Monadnock Region this winter,” Brown said. “It’s been interesting and keeping us busy.”

Keene birders counted a record number of individual birds for 24 species, including red-breasted nuthatch, red-bellied woodpecker, barred owl and eastern bluebird. They also found 131 evening grosbeaks, the highest total since 1991. Evening grosbeaks are large yellow, white and black birds that were once abundant in New Hampshire but have declined in recent years.

Habitat is key for birdwatching, regardless of the season. In the winter, much of the Monadnock Region is frozen and inaccessible, adding to the challenge of the hobby. Looking in the right places will greatly enhance your odds of seeing birds.

“You need a little cold tolerance. It’s not for everybody,” Brown said. “The places you go in the spring and summer are not as accessible [in the winter] and there may not be many birds there. But winter birdwatching offers a lot of rewards if you’re willing to put in the effort.”Brown added that the spruce forests atop mountains including Monadnock and Pack Monadnock are magnets for birds such as red-winged crossbills, white-winged crossbills, red-breasted nuthatches and pine grosbeaks. Boreal chickadees, a highly sought-after bird of the Boreal Forest, have been found locally this winter in the spruce forests.

If open water remains, it is almost certain to hold ducks, geese and other waterfowl. Spofford Lake was a hot spot during the Christmas Bird Count with species such as common loon and long-tailed duck, an oceanic bird formerly called oldsquaw.

The Hinsdale Setbacks are another reliable place to look for waterfowl and bald eagles in the winter, Brown said, as are spots along the Connecticut River in Westmoreland and Walpole. He also suggests winter birders check out Keene Dillant-Hopkins Airport, Edward MacDowell Lake and Willard Pond. Town centers, with abundant fruit trees, can attract a variety of birds, as well, including bluebirds, cedar waxwings, pine grosbeaks and American robins. Long considered a harbinger of spring, the American robin is a year-round bird in New Hampshire, although they are not seen as often as in the summer.

Birders can explore parks and conservation areas close to home too. eBird, an electronic database in which users post their bird sightings, is a good place to check for rarities in the area. Visit nhbirdrecords.org for sightings and field notes.

Watching bird feeders from the comfort of your home during the winter is a great way to study birds and get to know their habits.

“Watching bird feeders has inspired many young people to become naturalists,” Brown said. “It’s a great way to connect with nature and there’s always a chance to see something unexpected.”

In addition to the reliable year-round species, Monadnock Region bird-feeder watchers have been delighted by high numbers of evening grosbeaks, red-breasted nuthatches and common redpolls.

Winter is the ideal time to look and listen for owls. Lamonde said winter’s long hours of darkness offer birdwatchers greater opportunities to find these popular nocturnal birds of prey. The barred owl is the most commonly found owl in the Monadnock Region. Additionally, great-horned owls, saw-whet owls and screech can be spotted. There are also surprise visits from species such as snowy owls and great gray owls. In 2018, a snowy owl thrilled birdwatchers in Keene with an extended stay in a highly developed area. In 2017, a great gray owl drew birdwatchers from far and wide to Newport.

Lamonde, a self-proclaimed early riser, starts his “owling” several hours before sunrise. He practices his owl calls at home and tries to get the birds to respond to his calls in the woods.

“It’s so rewarding just to hear an owl and even more so to see one,” he said.

Winter offers the opportunity for birdwatchers to give back to the hobby by participating in the Great Backyard Bird Count (GBBC), which takes place annually in the middle of February. The 2021 version is set for Feb. 12 to 15. Once a modest North American undertaking, the GBBC has become a global citizen science project. The results are sent through the GBBC website to the sponsoring organizations, which include The Cornell Lab of Ornithology, National Audubon Society and Birds Canada. For more information, visit birdcount.org.