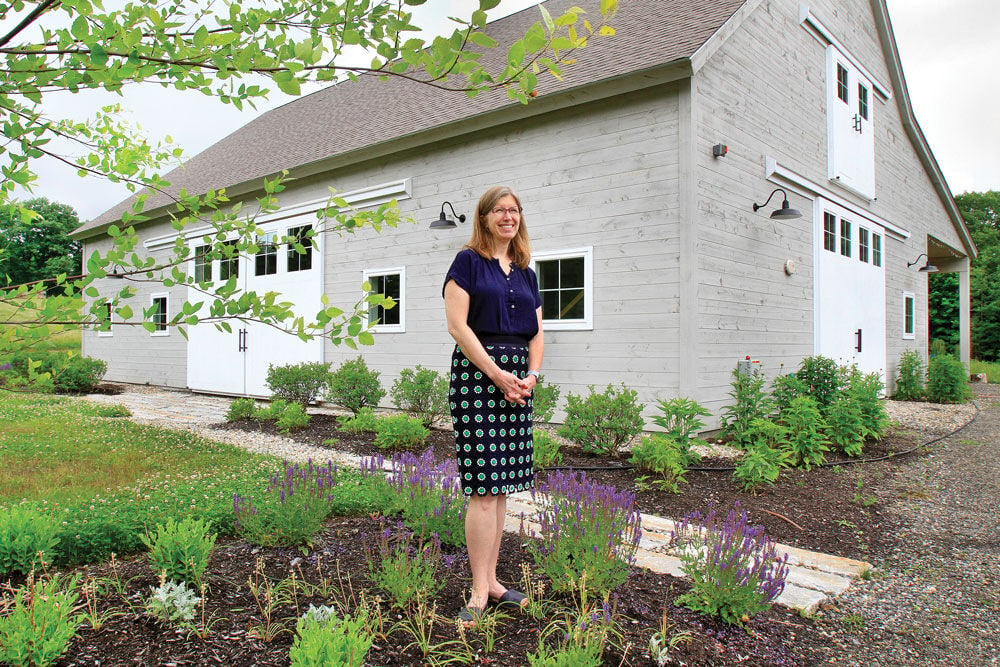 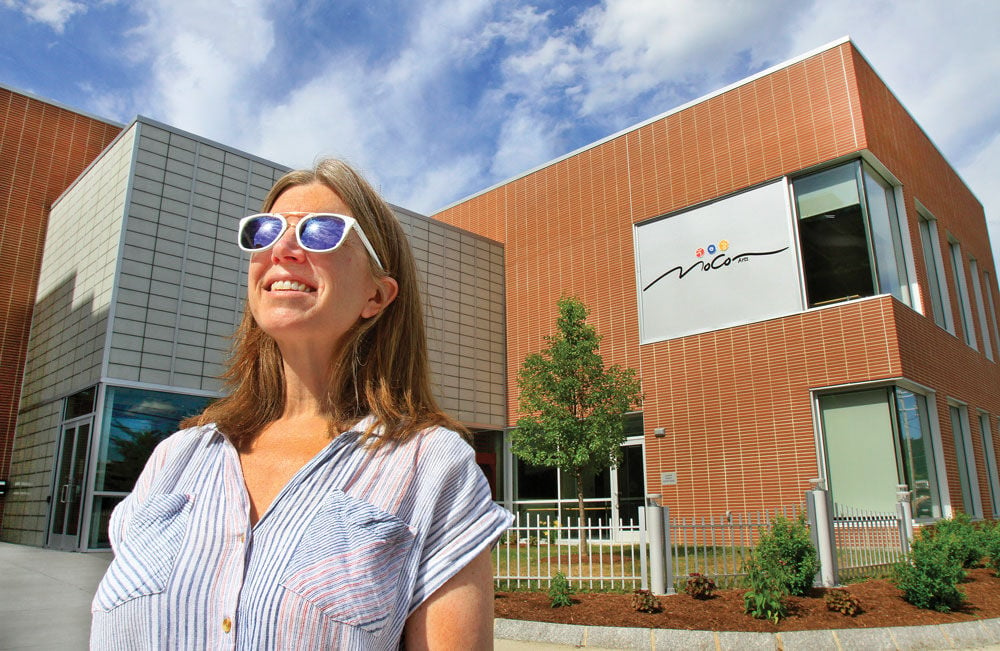 Katie Sutherland thinks about those who inspired her pursuit of architecture and its artform, recalling first a curious neighbor who lived across the street.

He was a “funky artist,” she remembers, a painter who spent summers in Sutherland’s Kentucky neighborhood and traveled to Key West for winters. An intriguing individual, the gentleman’s home was overgrown; goats roamed his plot of land, dressed up in clothing from time to time. It’s said one of his goats favored bourbon.

It turns out, the neighbor was a friend of poet Tennessee Williams, so he was more than just a casual artist. Bohemian? Probably. Creative? Assuredly. Talented? Certainly.

Sutherland admired his paintings. “He was a big inspiration,” she says.

Years later, on a trip to the Florida Keys, Sutherland visited the Ernest Hemingway Museum in Key West. Above the famous author’s bed was a painting of Hemingway’s house - with cats in the front yard. She knew it right away.

“That’s a Henry Faulkner painting,” she said, noting it was a work by her most interesting neighbor.

Faulkner, who died in 1981 in an automobile accident, was prolific in his art. His works hang in galleries and private collections throughout the U.S. and abroad. He was but one of several well-known creative spirits who would invigorate and nurture Sutherland’s interests and talents, helping to deliver her to lofty achievements of her own.

Sutherland, then Cassidy, grew up in Lexington, Ky., in an historic neighborhood before gentrification became popular in the 1970s. Her family rehabbed a couple of homes. The “transformation” was inspiring, she says.

In 1993, she attended Barnard College in Manhattan and eventually, Yale graduate school, the same university from which Keene architect Dan Scully graduated and at which Dan’s father, architectural historian Vincent Scully, taught. A Sutherland-Scully connection was not made at Yale; that came later.

While at Barnard, Sutherland worked for one of her professors, Andrew Tesoro, in New York. Tesoro would become well known for publicly claiming Donald Trump cheated him out of thousands of dollars in fees for designs he made for Trump National Golf Club in Westchester. The dispute almost bankrupted Tesoro’s business. The accusation was later brought up by Hillary Clinton during a debate with Trump in 2016. But Sutherland knew Tesoro for other things.

“He was a wonderful teacher,” she said. “He taught me how to draw beautifully. I came from the school that we drew everything. It was the way to present our case and our design. Working in New York City where space is a premium, you became effective at fitting things in in an effective way, maintaining a level of beauty in that space,” she says of her time at Tesoro’s small firm.

In 1996, Sutherland enrolled in the master’s program in architecture at Yale and won a fellowship in the summer of 1998, which took her to Osaka, Japan, where she worked for the large design-build firm, Takenaka.

“[I] loved the juxtaposition of new and old, with so many things, including obviously the architecture,” she noted about that time and its influence on her. “It was a common site to find young women wearing traditional Kimonos while boasting their Hello Kitty cell phone cases.”

Upon graduation from Yale, she left the U.S. for Amsterdam.

“I was just really inspired by the work they were doing in Amsterdam and the Netherlands at the time,” she says. She didn’t have a job, just friends there, so she banged on doors at architectural firms and was hired at Venhoeven CS.

“I rode my bicycle to work. No helmet,” she says. “The work that we did was sculptural and exciting and amazing. In our country, everyone tries to make things fit in. There, they try to complement what’s there without mimicking it. They let things kind of be modern in a different way than we do here.”

After about a year and half, Sutherland returned to the States, landing a job in New York at another small architectural firm — on with a big name: Francoise de Menil. De Menil is one of five children born to the late Dominique and John de Menil, who, in their day, were leading art collectors and philanthropists from Texas. The Menil Collection, in Houston, is a museum of 17,000 paintings, sculptures, prints, drawings, photographs and rare books, which were collected by the couple.

Among her many projects, Sutherland worked on Francoise’s modern renovation of his own home.

Following terrorists’ attacks on the World Trade Center in 2001, she was anxious to leave New York and found work in Portsmouth. She also met Robert Sutherland, through his sister with whom she attended high school. Robert had been working as a consultant in Portsmouth. The two married in 2003.

Portsmouth, while pleasing as a place to live, was not fulfilling professionally. Turner Brooks, a professor of Sutherland’s at Yale and a former classmate of Scully’s, recommended she talk to Dan. On a trip to Bellows Falls, Sutherland stopped in to meet Scully, also a winner of a Ewing Award.

“He ended up offering me a job, she said. “I worked for Dan for 13 years before I went out on my own. He was great.”

Sutherland founded kcs ARCHITECTS in 2014 (it was officially formed in 2015), which employs four full-time architects in offices at 310 Marlboro St. in Keene. Her desire to start her own business was driven by a need for something new.

“I just needed a new challenge,” she says. “My dad said it’s time you just did this. You should just go for it. He had confidence in me, so I just went for it. I’m glad I did; I have really great people working for me.”

Among her office’s most notable work is the design and development of the MoCo Arts education building on Roxbury Street in Keene. The work on that multipurpose arts center was done in partnership with H3 Hardy Collaboration Architecture and has dramatically changed the face of that section of the downtown.

“There is always a client and program at hand. It’s always a collaboration,” she says. “The overarching idea really in my mind comes from trying to find a sublimity or beauty, something that really causes you to reflect and be inspired by a space. You want someone to experience something when they walk into that space and to be moved by it in some way. Not that I’m looking for stillness, but a place for reflection or a place that can host a lot of movement, inspire a feeling of movement.”

These days, during a time of a pandemic, Sutherland finds herself thinking about design and space amid dramatically changing work settings. She elaborated:

“I am reminded of my time working in Japan. There was something that I really appreciated about their traditional architecture, which was called engawa. This was a transitional space between the inside and the outside that would form the perimeter of the building, a place of circulation and separation, a place that gives more privacy to the sanctuary inside.

She continued, “…I think these kinds of transitions in space are perhaps more important now, and that we need to think about layers of protection and privacy differently than we did before. At the same time, that it provides seclusion, engawa is visually open and constructed of natural and tactile materials. Once inside, you may find a private garden, where you are once again outside. I think that this concept of layering, and sometimes exchanging, inside and outside is an important one, and one I like to consider in my work.”

Sutherland, her husband and their two children, Izzy, 15, and Nash, 13, live in Keene. She’s thinking about designing a dream home for the family, a topic about which all family members have opinions — a true collaboration. It’s a project not that far off, she suggests. In the meantime, she finds herself attending to another form of architecture that encompasses movement and sanctuary, but wariness too.

“Nash got me to buy him a beehive a few years ago,” she says. “It was a terrible parent decision because I’m a beekeeper now.”