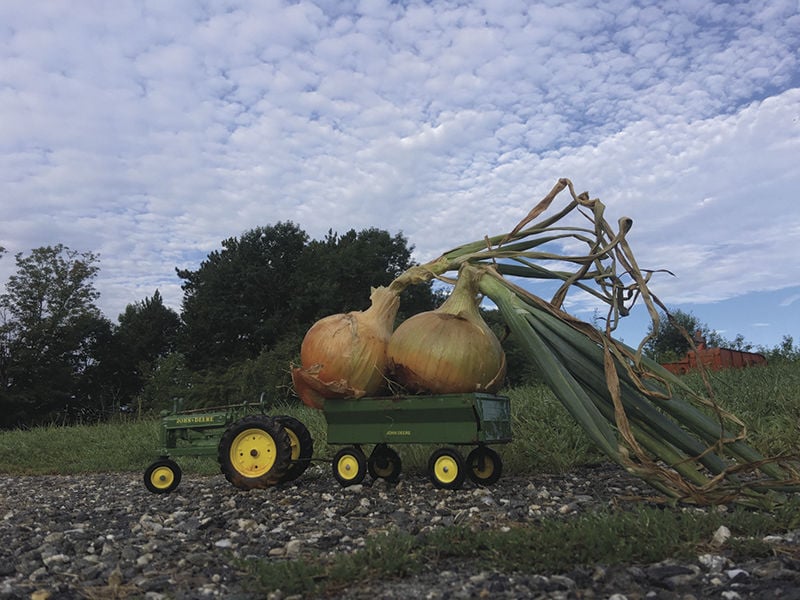 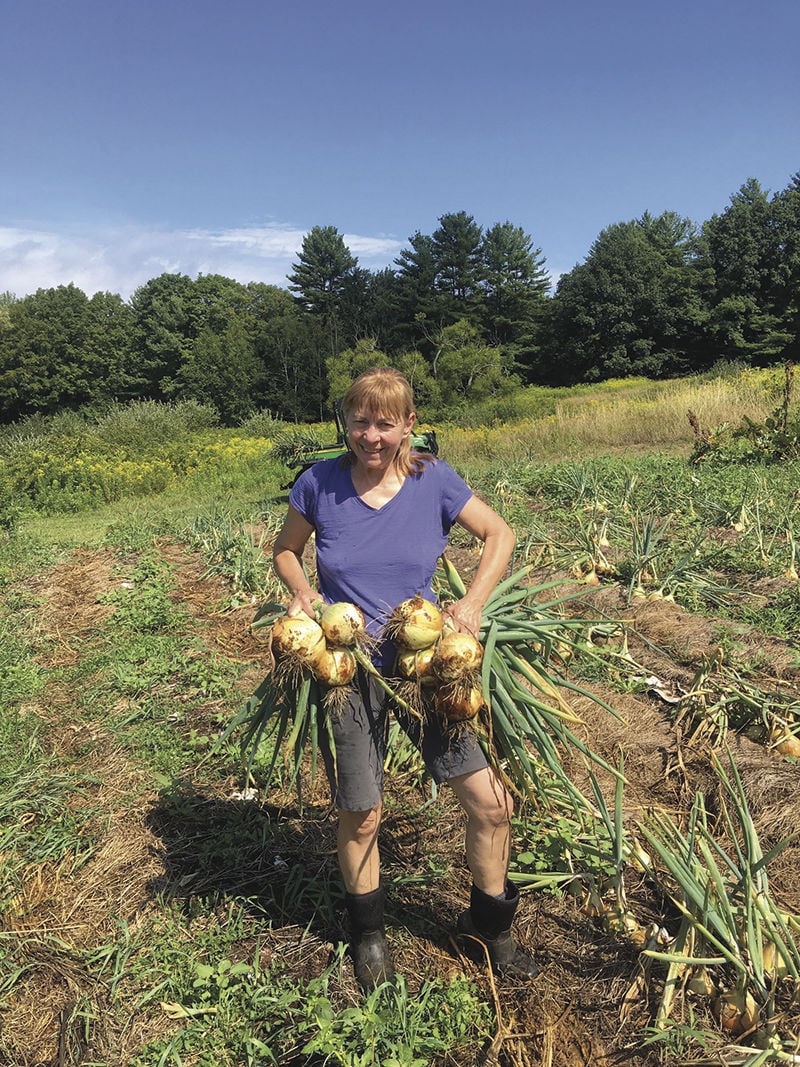 Onions are one of our most ancient vegetables, going back some 5,000 years. Their origins are a bit fuzzy, but it’s generally agreed that they originated in central Asia.

The Sumerians and Egyptians were particularly fond of them, and they were also eaten widely in Roman society. In fact, Pliney the Elder speaks of them growing in Pompeii in the first century A.D., before Mount Vesuvius wiped him out and pretty much everyone else on the island.

For the last few years, Jean Balamuth has been concentrating on cultivating these ancient plants on Cook Hill Farm in Alstead, a property that she shares with her husband, Michael.

“My husband bought this wonderful property back in 1996,” Balamuth said. “He and I met at a party, we just clicked, and a few years later I moved in.

“When he retired, he suggested that I should give my notice and spend more time here. As we were solvent, I saw it was a viable idea, and I started working on the farm full-time.”

For a couple of former city-dwellers, this was a daunting idea. The farm had always been an organic effort, and the couple were determined to continue that tradition.

“Michael was excited because he could buy a tractor, and I was excited, because I could buy plants,” Balamuth said. “We’ve been working steadily on the property since 2010.”

Balamuth said it took about eight years to sort out the specifics of how to grow onions, removing rocks and adding organic matter. Then, two years ago, her efforts were met with success, and she was able to grow 25 onions that would be acceptable for market.

“We had a dry year in 2018, so everything just kind of dried up and blew away,” she said. “Then, this year, we decided to give it our all. I purchased about 4,000 plants, which I planted with a mixture of coffee grounds and worm castings.

“Then, we had the best luck imaginable, as we had a really wet spring. It was a grower’s paradise, as Mother Nature rained continuously, and everything grew really well. Most of the onions averaged over a pound.

“I harvested them in the end of August, and they’re presently in my barn being sorted, weighed and disseminated throughout the Monadnock Region like nobody’s business.”

At the same time, Balamuth decided to throw her web a little wider, and attempted several different varieties, both for flavor and storage capabilities.

“I grew the Walla Walla onion, which is a sweet onion from Washington state,” she said. “I also cultivated Ailsa Craig onions, named after a woman who would grow them in places that no person in their right mind would attempt. Everything she grows is a superstar.

“I also grew two varieties of storage onion, which are small and hard and will keep over the winter. I also grew Pattersons, which came up like a dream. For this species, anything over 8 ounces is considered uncommon, but these are really huge.

“I also grew Sturon onions, which are a really sweet, flavorful variety.”

Balamuth said that, as onions have such a long growing season, she generally purchases plants as opposed to seed.

“I started planting in April, and was diligently out there, day after day, planting and planting, for a good two weeks,” she said. “Then the rains came throughout April and May, and I was fertilizing them every couple of weeks with a seaweed mixture.

“By the middle of the summer, the onion plants were huge, with big green leaves. I had 25 rows of onions growing, and they looked fabulous. There was no drying of the tips, no insects and really nothing to impede their growth.

“I mulched them with coffee grounds from Prime Roast, along with fresh filter paper. To my astonishment, the weeds just didn’t come up through the coffee filters. It was just this lovely expanse of velvety brown and green.”

With this enormous stock in-hand, Balamuth then decided to sell them to area restaurants, and was astonished to find the favorable reception they received.

“Every Wednesday, I pack up my Jeep from the front to the back with onions, packed in 5-pound boxes,” she said. “I drive east, west, south, everywhere.

“Some of the restaurant owners were really enthusiastic, reaching in and grabbling armloads of them, and wanting more. Imagine my excitement at successfully growing these onions, and then finding out that people really wanted them.”

Balamuth said her main focus is growing food for her family and friends, with the remainder going out to market.

“There’s always food growing at my house somewhere,” she said. “To have this excess is an absolute joy. I always give one onion away for free, so people can try it out for themselves. I don’t do any advertising, as this is all by word of mouth.

“The onions are basically selling themselves.”