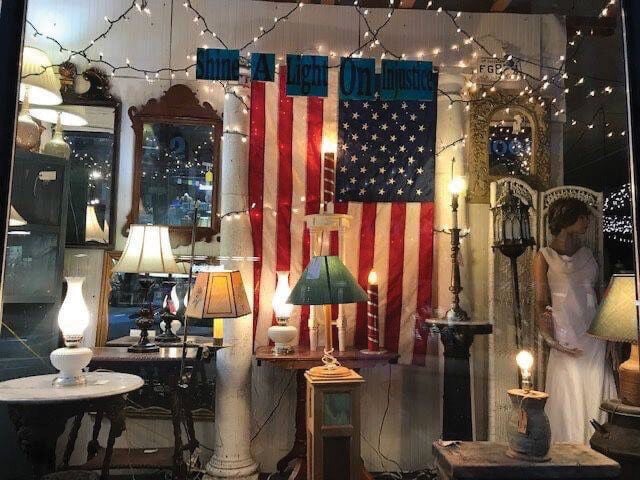 For owner Nicole Chase, Twice Upon a Time is a labor of love. The eclectic downtown Brattleboro consignment shop is as much a part of her as her family… it’s in her blood.

“I ran around playing hide and seek in the clothing racks when I was little,” she said. Her mother, Randi Crouse, first opened the store (which also features rented vendor spaces) in 1987, when Chase was “around 7 or 8 years old.” She’s been working at the store basically her entire life, stepping into the manager role around 2000. She became co-owner (alongside Crouse) around 2008. Now, she is at the helm herself following her mother’s retirement.

“My mom is so wonderful. She always has been,” Chase said, noting that she learned much from her — not only about running the business, but about the importance of family and community as well.

“You learn what’s important along the way. Family is important. Community is important,” she said. “This [store] is a community thing. We just feel very attached [with the community].”

And it’s that community that has seen her through some rough times in recent months. Like many other small businesses, the COVID-19 pandemic hit Twice Upon a Time hard from the start. Chase shut down in late March, as Gov. Phil Scott’s order for non-essential businesses to close went into effect. The store remained closed until Memorial Day weekend. But while it was exciting to finally reopen, Chase’s problems relating to the business lingered.

“The first few weeks [after reopening] were pretty rocky,” she said. She had applied for a small business loan — available from the government to aid small businesses deemed non-essential — but hadn’t gotten a response right away. Within a few weeks, the store received $9,000.

“I mean, it’s something, and I’m grateful for it,” she said. “But that covered less than two months’ rent for our store. It’s not going to do the trick long-term.”

According to Chase, it’s been a struggle to stay afloat.

“There’s a lot of being unsure, a lot of uncertainty,” she said. “I’m just praying to God that we don’t get shut down again, especially after just starting back up.”

Now, she said, although they remain one month behind on the rent, she has caught up on Twice Upon a Time’s other bills and expenses. And just last week she was able to bring back one of her employees; but hesitates bringing back anyone else just yet.

“I don’t want to put myself back in the hole,” she said.

Chase’s family has been a great help throughout these past several months — her 16-year-old daughter works at the store part time, and her sister has been working there, unpaid, as has Crouse. “[Crouse] was vacuuming and cleaning around the store when we were getting ready to open back up. She’s here for me, helping, even though she’s retired. They’re all here, helping. It’s so great.”

Chase credits the community, too, for their support. A GoFundMe page has been set up to help Twice Upon a Time, which is helping. In addition, business is picking back up.

“It was a little flow up and down, like a roller coaster, in the first few weeks we were open, but July and August were really busy,” Chase said. Many customers are looking for things to do at home, as a lot of them are still stuck there — they’ve been buying books and games, artwork for home redecorating, records, tapes and even musical instruments.

“The good thing about this business is that people are wanting to go used and try to save money,” she said. “We’re the kind of business to do that, to help out.”

And with about 100 vendors renting space in Twice Upon a Time and 4,000 consigners there, the boost in business has become a life raft, not only for Chase, but for all of them as well.

“It takes a village to do this. Without them [vendors and consigners], the store is nothing,” she said. “I’m so grateful to get back to being able to make a living, but also very grateful that we can help others make their living too. If I can’t make them a living, they’re gone, and then I’m gone.”

As Chase takes things day by day for now, she understands that the business will likely never go back to normal, pre-pandemic. “I think we’re going to end up in a new normal.”

She noted that regardless, the community and Twice Upon a Time’s tie to it has not faltered.

“I want people to know that we’re a community business,” she said. “I’m not here just making money for myself. This stuff [being sold] isn’t mine, it belongs to other people who are all trying to make a living. I’m just trying to keep a family business going, for the community, not just me. And it takes a full community effort to do that.”

Twice Upon a Time is located on Main Street in Brattleboro, and is open daily (except Tuesdays) from 11 a.m. to 6 p.m. The store is also offering private appointments for those in high-risk groups who don’t want to take any unnecessary health risks by going there during normal business hours when it’s open to the public. For more information and to make an appointment, call (802) 254-2261.