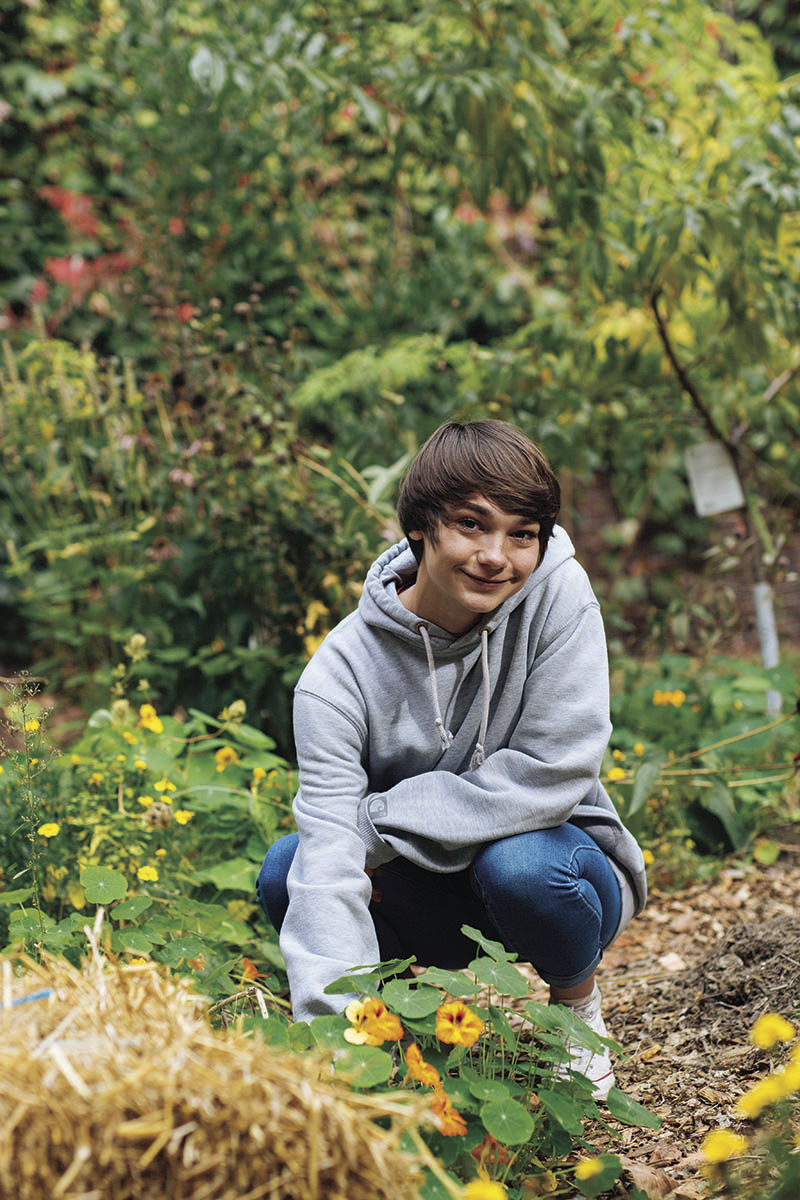 Kayli Lord tends to the gardens at Keene State College. 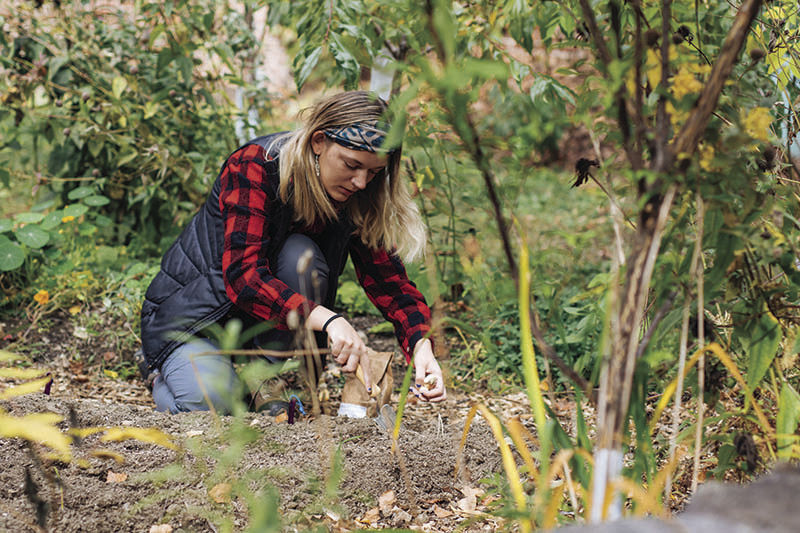 Kayli Lord tends to the gardens at Keene State College.

Ever hear of a Hügelkultur bed? Until recently, Audrey Kaiser and Kayli Lord hadn’t, but now they’ve helped build two and are in the process of building another.

The two Keene State College students are interning this semester with Katie Featherston, a biology lab specialist with the college. They’re also part of the Garden Owls, a group of students who work with Featherston in the greenhouse atop the Putnam Science Center and the permaculture garden in its courtyard.

The Hügelkultur bed, under construction in the courtyard garden, is a mound made of logs and wood and other plant materials that provide nutrients to the soil as they decay. The Garden Owls recently helped Keene State grad Jennifer Close, who has a gardening business in nearby Alstead, create Hügelkultur beds for a client.

The mound bed is only one of the projects the students are working on. Audrey is creating a pollinator hotel, a structure built of natural materials where bees, wasps and other pollinating insects can hunker down for the winter.

“A lot of people cut down their perennials this time of year, but I learned from Katie that you really shouldn’t, because the pollinators can still use the dead plants to nest,” said Audrey, a senior from Derry who is majoring in biology and minoring in both environmental studies and sustainability.

Audrey plans to go into conservation work, with an eye toward a job that will give her plenty of time outdoors — “I love working outside,” she said. Growing up, she did a lot of hiking and camping with her family, and spent summers working at a garden center. She remembers in high school being struck by the thought that people can work outside.

Through Keene State, she interned at the Harris Center for Conservation Education in Hancock, an experience she described as life changing.

“It set me on a track where I’d like to go,” she says. Last summer she landed a spot researching invasive species at the Harvard Forest in Petersham, Mass., through a National Science Foundation program called Research Experiences for Undergraduates.

She’s also had a chance to check out some of the indoor jobs available for biologists, as she works with Professor Susan Whittemore on research that looks at the effects of diesel fuel on the heart rate of larval frogs.

“I love this school because you can get involved in so many things. People are really welcoming and accepting,” she said.

Kayli, a sophomore from Raymond, is majoring in environmental studies and minoring in sustainability. “The environment is something I’m really interested in and passionate about,” she says. She’s hoping to get into conservation work after graduation, but her internship with Featherston has her thinking about botany as well.

“I’ve always been interested in plants, but now that I’m actually in here and working in the dirt, getting my hands dirty, I’m finding I really like it,” she said. On a recent Friday morning, she and her fellow Garden Owls were indeed getting their hands dirty in the courtyard garden, planting garlic that will be harvested in the fall of 2020.

The gardening students are also preparing for winter — deadheading flowers, storing potted plants for the cold season and the like. Kayli’s even bringing some of the plants to her off-campus house, where she’ll keep them warm and watered until spring.

In her classes, she’s also getting a bigger picture. A course called “Food, Health and the Environment” has changed her way of thinking – and changed her diet. After learning about the impact of meat production on the environment, she’s decided to eventually stop eating meat, and has already cut out pork products.

“College in general has challenged a lot of what I think,” she said. “I’ve been learning so much here.”

Kayli was introduced to Keene State when she attended soccer camp there as a high school student and found she really liked the campus. Now with a year of studies under her belt, she said she loves being at Keene State.

When she’s not in class, in the greenhouse or in the courtyard garden at the Science Center, Kayli can typically be found in the L.P. Young Student Center, where she has a work-study job as building manager. It involves answering a lot of questions, she noted, directing people to offices and restrooms and overseeing the students who staff the information desk.

Both students, Featherston said, are “really enthusiastic and interested in gardening and growing things, and they’ve been a big help in the courtyard. It’s really fun to work with them, and they so love the plants.”