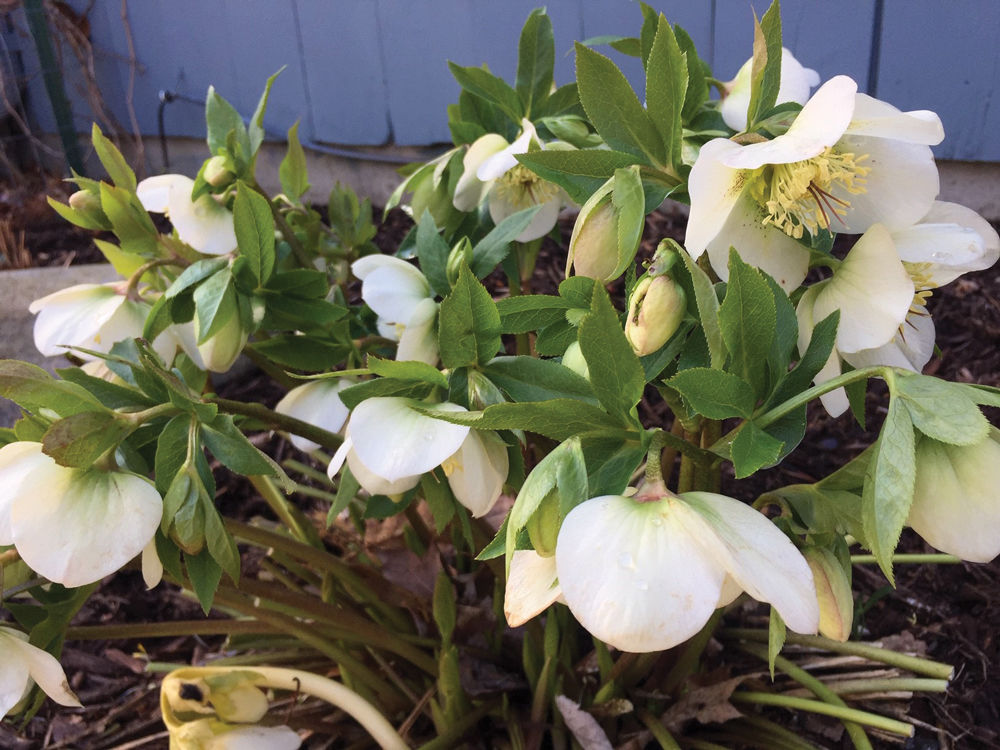 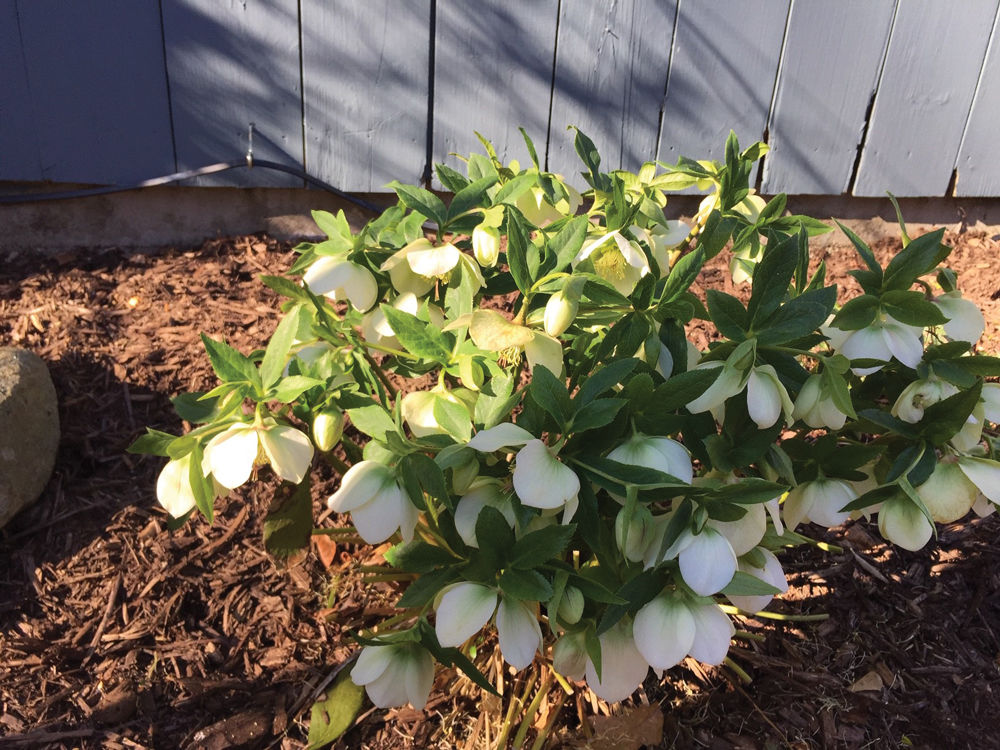 A bunch of years ago, I was attending a wedding in Chesterfield… up in The Heights, don’t you know. I love water gardens so I was enrapt with a koi pond at the private residence. It was freeform with moving water elements and lovely plants and, of course, I thought I could replicate something like this. That’s another story, but while I was observing the construction details of it, I noticed on the far side a wide swath of green plants only about a foot tall and all looking alike. Nothing remarkable, but I could tell it was a well-tended bed. There wasn’t a flower to be seen but the leaves were arranged in umbrella-like fans. A nice, dark chartreuse green. One of the grooms came over and told me that he and his partner collected hellebores and this was their display garden. I’d heard of hellebores before but for some reason equated collecting them with something equally as interesting to me as stamp collecting. Well, there’s more to these hellebores than initially meets the eye.

Hellebores (Helleborus) are also known as the Christmas rose, though they have no relation to roses (Rosaceae), and also as the Lenten rose. The Christmas rose hellebore is the species H. niger and actually does bloom during the holidays in temperate regions as well as in early, early spring for New Englanders. Folklore, according to Wiki, has it that it sprouted through the snow from the tears of a young girl who had no gift to bring the Christ child. It is the species H. orientalis that is also known as the Lenten rose because it blooms in early spring, right around the Lent period. There are 22 species in all, according to Wiki.

Shortly after moving to Dublin 10 years ago, a neighbor brought me and partner, Joe, a hellebore from her own garden. I’d thought it was a division but now in researching hellebores a bit more, I’m guessing it was a maturing rhizome baby instead. Hellebores hate to be divided or transplanted, according to an article I read by Kristie Jacoby – Hellebores: Fact & Folklore (https://s3.wp.wsu.edu). They reproduce either by seed or from their horizontal underground branches that root, sprout and send new little baby plants to the surface.

At the time, the only thing I knew about hellebores is that they are shade loving plants, so I put it in the north side of my foundation bed (surrounding the house.) Well, year after year, come late April/early May when I’m doing my garden cleanup (which is no insignificant task given all of the gardens I’ve laid out on the property), I come across the hellebore. It has done wonderfully well on the north side of the house but it’s also in probably one of the least appreciated spots in the gardens. Our pickup truck, which doesn’t get the luxury of a garage roof over it, is parked right beside it and this particular bed is almost last on my list for cleanup. As I inch my way toward it, I always feel a sense of guilt because not only is this the last area for the snow to melt and then get cleaned up, it’s also in a fairly uninteresting spot. I need to fix that.

When I get to the plant, it’s still got a lot of last years’ leaves, still green but tattered and stooped from the snow coverage. I know, however, that when I pull back the heavy drape of wind-whipped leaves, I’ll find some beautiful blossoms. It never disappoints. And it didn’t this year either.

Easily hybridized, the H. orientalis species is the most commonly propagated and is probably what I have in my garden. The colors available in hellebores ranges from pure white to pink to maroon, purple and near black. The flowers are actually sepals and stay on the plant long after what would be considered its bloom time… usually changing to a still-attractive green.

Like so many specimen plants, there are garden societies completely dedicated to hellebores and I’ve merely brushed the surface here. I’m now eyeing my recently created shade garden where I’ve got snakeroot, Solomon’s seal, monkshood and a hydrangea as a spot I should add some hellebores to. They deserve to be more than a pickup truck companion!