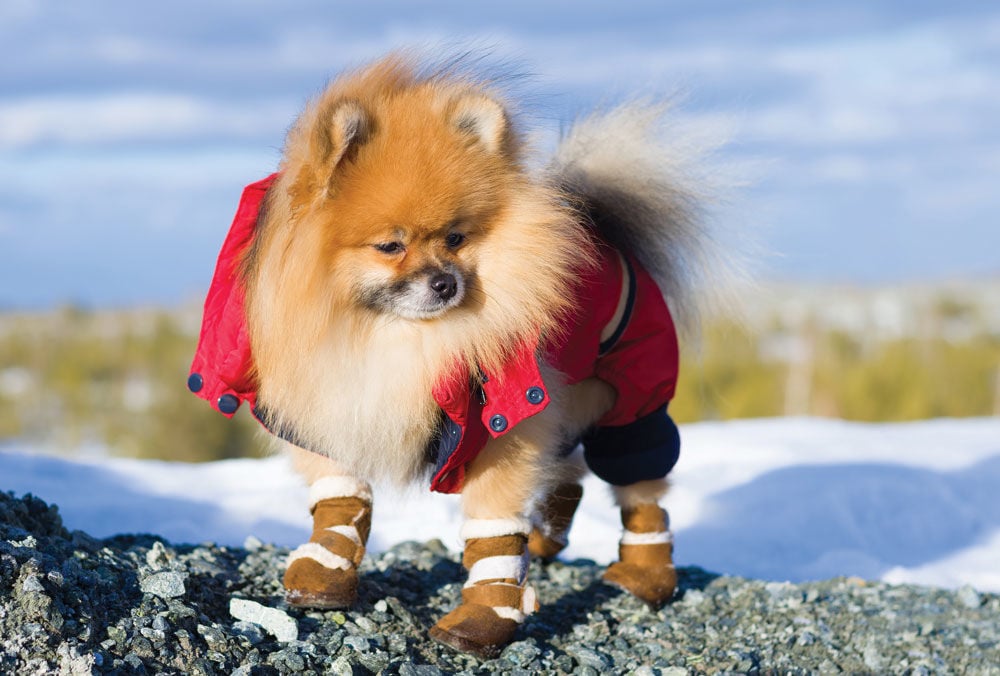 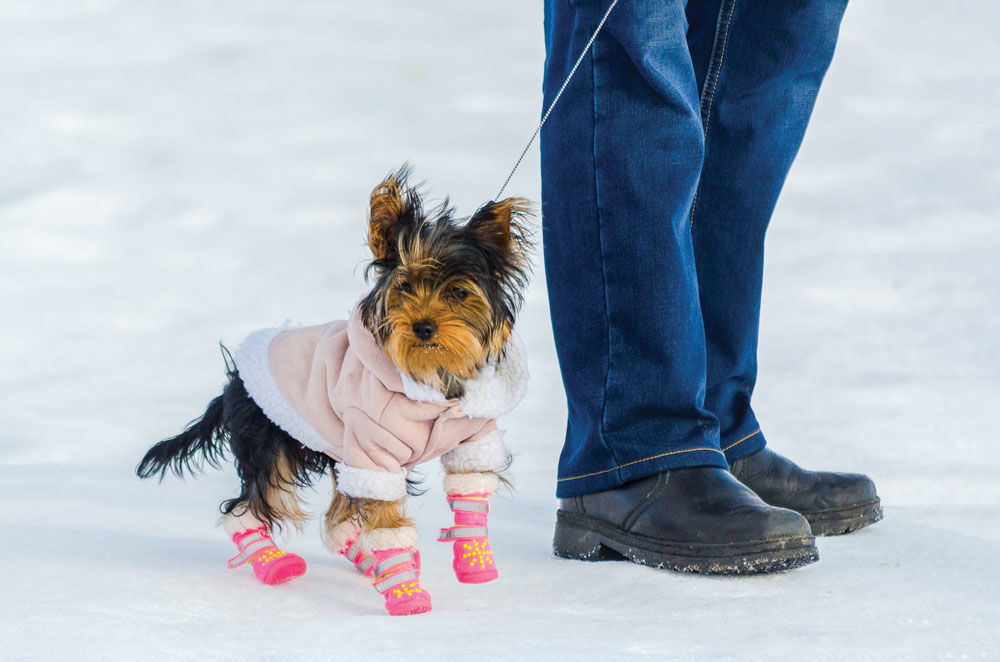 It’s winter in New England. There’s snow and ice on the ground. You wouldn’t dare walk outside without some type of shoes, because, well, it would hurt. You may not realize it – I know I didn’t – but your dog’s feet can be just as sensitive.

Some dog breeds, including the Siberian husky, Bernese mountain dog and the Newfoundland, love and thrive in the cold weather. Others, such as the chihuahua, border collie and most other smaller and short-haired breeds, are built for warmer climates. Problems for paw pads with the latter group include not only the snow, ice and frigid temperatures themselves, but also the salt and sand that is spread on top to help humans avoid slipping when walking and driving. This can be dangerous for animal paws, as the salt and frozen dirt can get embedded in the crevices. This ultimately causes dry, cracked pads, and some pain. Frostbite is also a real possibility.

According to the American Kennel Club (AKC), there are a few simple ways we can protect against paw pad discomfort.

Among them… booties. They’re an easy way to keep your dog’s paws comfy, providing warmth and durability. The booties should have a textured bottom for good grip and traction, and they should also be flexible so the dog can walk as naturally as possible. Most dogs aren’t too jazzed about wearing things on their feet, so the AKC suggests preparing them by having them wear the booties for short intervals in the house and “praising him as he gets used to wearing them.” They’re sold online and in pet stores now and come in various sizes; just measure your pup’s feet from the heel to the tip of the toenail to determine what will fit best.

Paw balm is another alternative to protecting those paws. Among other brands, the Natural Dog Company makes Pawtection, a wax barrier to protect your dog’s paw pads, as well as a Paw Soother, which soothes and helps heal cracked, irritated paws. The ASPCA cites petroleum jelly as an equally effective paw protectant.

Protecting and soothing dog paws can also be as easy as having a towel handy when he/she comes back into the house.

The AKC recommends rinsing their paws with lukewarm water when you get back inside to remove any salt, ice or other residue that may have latched on outside. Then promptly wipe off each paw pad with the towel.

It’s also important to reduce the time they spend outside in frigid temperatures. And the AKC recommends, when possible, having your dog wear a coat or sweater. As with booties, your pup may not love wearing it right away. But really, it’s for their own good.

So next time you take your dog outside in the winter, put yourself in their paws with those AKC suggestions in mind. Keeping them comfortable, warm and pain free is crucial. And it really is simple.