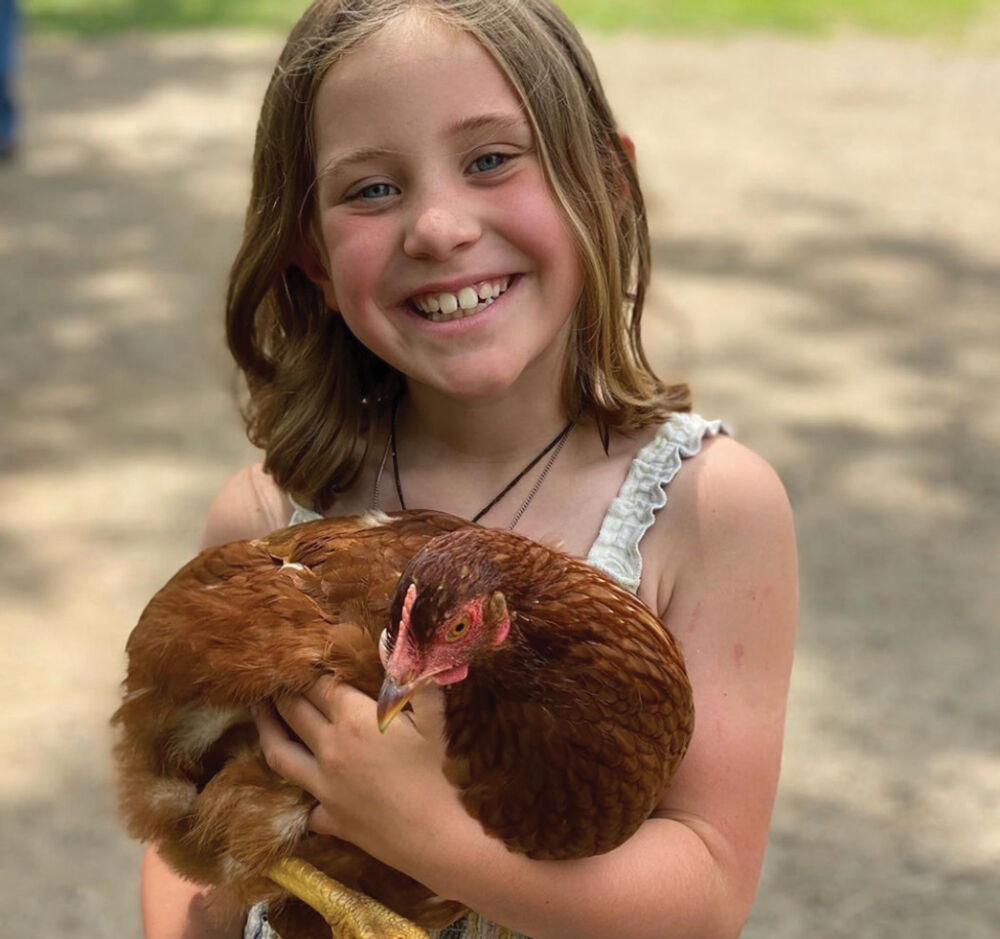 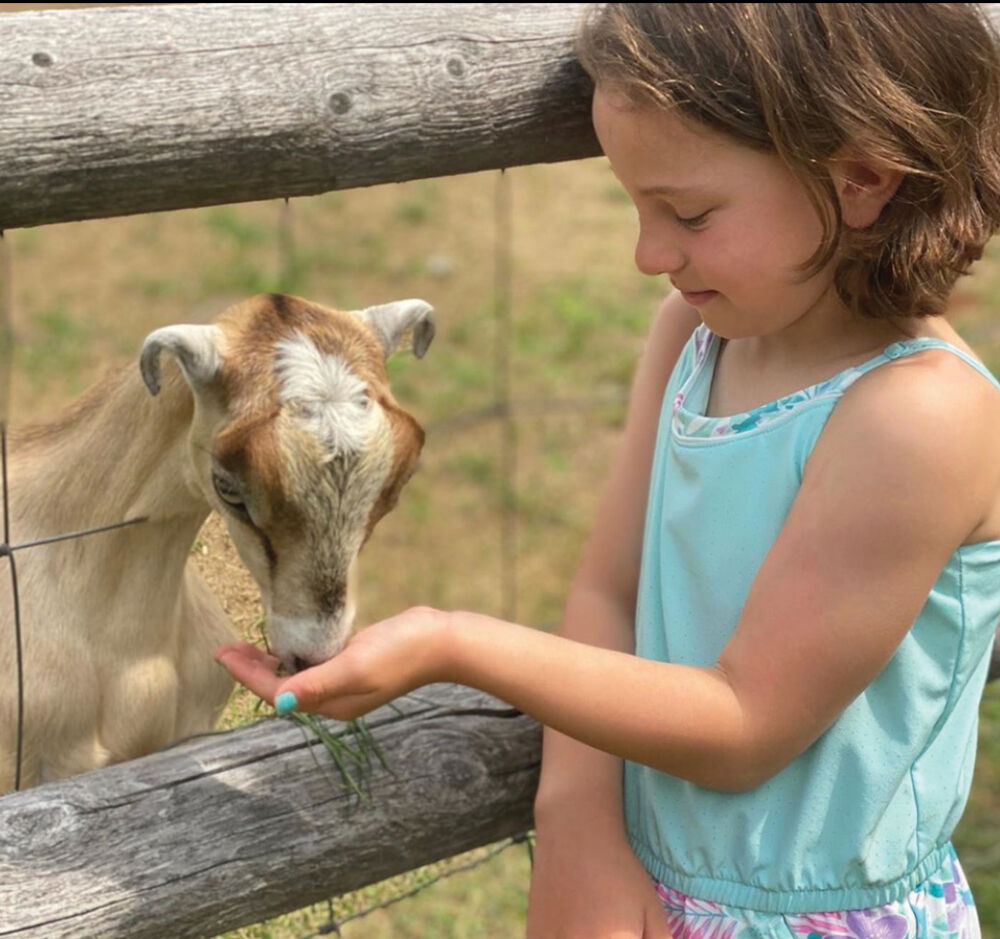 It was Allan Fox’s dream in 1964 to give children living in urban and suburban areas a taste of farm life. Now, his son, Bruce Fox, and daughter-in-law, Sylvia, continue that legacy at Friendly Farm.

The seven-acre farm, along Route 101 in Dublin, has always been a place for families to visit, observe, pet and feed farm animals and create memories together.

“Some who came to the farm as children are now bringing their grandkids,” Fox said. “It warms my heart.”

Growing up, Fox lived in Concord, Mass., where his father had a desk job. Allan’s company wanted to promote him, but it would have meant moving his wife, Mary Alice, and five children (including Bruce) to New Jersey. Allan turned down the promotion and instead visited a job counselor who came up with the idea that he should work with animals and people. In Massachusetts, his father kept farm animals as pets, which Fox said he would show off to the neighbor children who’d visit.

He wondered if it would be possible to create an educational farm where children could learn about animals and farm life. It took a couple of years to find the right place, which happened to be part of the Brewster Estate in Dublin that had gone up for auction that year. Allan bought one parcel of the estate, which contained a farmhouse and 10 horse stalls that housed carriages used for rides around the lake.

The Friendly Farm property, now surrounded by conserved land, was all developed to house the farm. Allan named it Dublin Educational Farm at first, asking only for donations of $1 per family. The farm ended up grossing only $900 for the entire season and he quickly realized they were going to have to start charging an admission fee. Once he began to charge 50 cents a person, Fox, the farm’s bookkeeper, said it put them in the black.

Fox and his siblings all helped out at the farm growing up, and his own four boys grew up at the farm doing chores. Fox told his parents he shared their vision of what the farm had become and was interested in taking over the business someday.

“[The farm] had this natural and relaxed atmopshere, with farm animals spread out and mingling together,” Fox said. “I realized how happy it made [my father].”

Before Allan and Mary Alice sold The Friendly Farm to Fox in 1976 (they continued to work for him until they retired in 1990), he served in the Peace Corps in the Phillippines. That’s where he met his wife, Sylvia. His job there was working as a supervisor of agricultural credit for a private bank.

“My goal was to find the poorest farmers and give them non-collateral loans to raise backyard piggeries,” he said.

By the time Fox left the Phillippines, he’d helped 150 farmers raise 1,500 pigs. After coming home to the States, he returned to the Phillipines and asked Sylvia to marry him in early 1978. Fifteen of the original farmers he’d worked with — including his father-in-law — attended the wedding.

After about a decade of teaching elementary school in Francestown and Peterborough, Fox turned to focusing both on the farm and helping his wife with her licensed home care business, Friendly Folks (he’s her office manager). He is also interested in politics, having run for N.H. State Senate in 2017.

According to Fox, things at the farm look very similar to how they did when his parents were in charge. The chicken coop, a six-room house turned into a home for hundreds of chickens, is the place where visitors can witness the miracle of birth and the best part: hold fluffy baby chicks. Families can still roam the barnyard and visit with baby goats, lambs, rabbits, pigs and cows. One significant change at the farm began out of necessity when Fox began teaching.

“I don’t winter over any animals,” he said. Instead, he buys 50 to 60 kids (baby goats) in March and bottle-feeds them. Some he owns and others he boards out or farmers borrow them. Chicks he buys and raises every spring and then sells them.

All of his nine staff members, who are either high school or college students, returned this year to work at the farm and about two-thirds of the farm’s visitors are repeat customers. This year, Fox has noticed a larger number of new faces.

Obviously, the most significant change of all at the farm happened this year in the face of the pandemic.

COVID-19 guidelines are now posted on the welcome sign — employees all wear masks to work and customers are asked to do the same. The flow of traffic is more controlled; for instance, there are signs posted that read no more than two families at a time are allowed inside farm buildings. Part of the parking lot has been roped off. Hand sanitizer and hand-washing stations have been set up and free masks are distributed to those who need them.

“One case of COVID could close us down for the season,” Fox said, noting that it’s been challenging this season but that the pandemic hasn’t kept him or his staff from being busy at the farm.

He hopes one of his children, and later his grandchildren, will take over operations. For now, he said he can handle the job as long as he has good staff to help with the physical work. After 45 years, it’s still Fox’s favorite job.

“This isn’t work for me, it’s a satisfying life,” he said. “My kids led a good life. They were raised around their parents and all worked on the farm. This is home.”