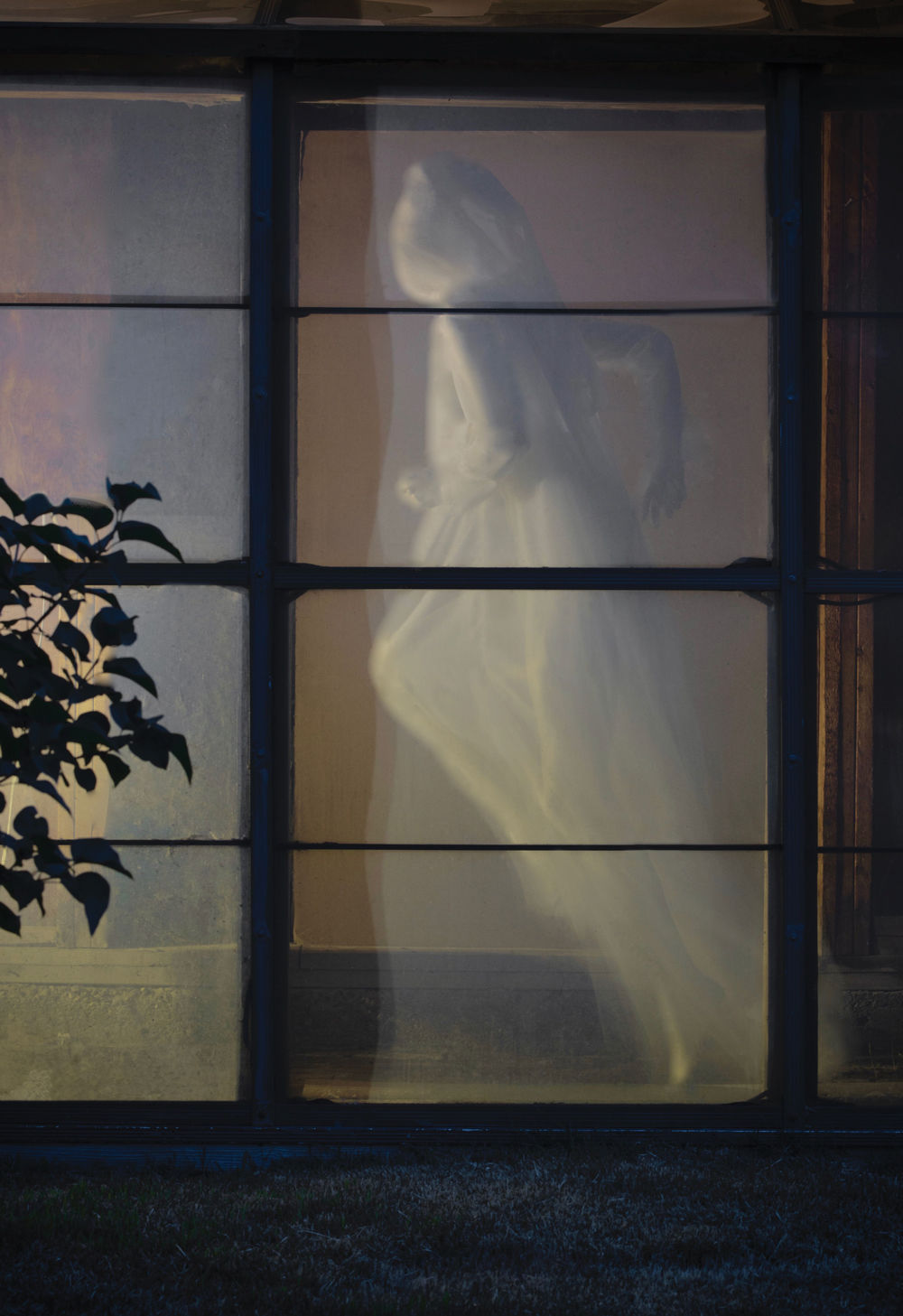 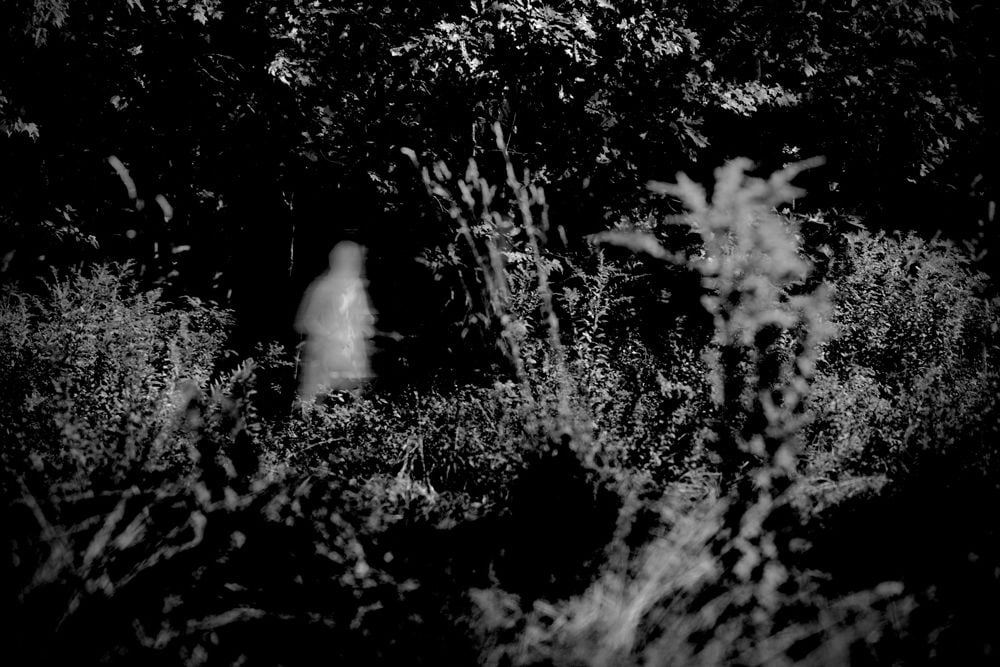 Edwards’ iconic ballet images in the ‘70s and ‘80s led him to work in New York, Los Angeles and in Europe for more than four decades. His most well-known, an image of a dancer’s well-worn clothing titled, “Leg Warmers,” has been re-produced as a poster and sold more than two million copies in 86 countries. His photographs have also appeared in more than 200 movies, television programs, commercials and music videos. Countless celebrities collect his work, as well, and he’s done commissioned pieces for such notable figures as Elvis Presley – that piece is on display at Graceland.

Edwards later relocated to Walpole to be able to work in tranquility. And it was about a year ago he began work on his series, The Ghosts of Cheshire County.

Both his parents passed away at an early age.

“I started wondering if there was an afterlife,” Edwards said. “I loved them so much I started believing in it, that wherever I was, they were watching.”

On many occasions, he would enter a room and feel their presence: the smell of his mother’s favorite perfume or his dad’s cigar.

He has been fascinated with the spirit realm for nearly 40 years, since he lived in North Hampton, where a woman named Goody Cole was imprisoned for being a witch. His interest was furthered when some of his most trusted, yet skeptical, friends told him stories of supernatural happenings in their homes. He later moved to Providence, R.I., which is considered to be a haunted city, before moving to Walpole.

It came as no surprise to him that in his current town of residence, with its homes dating back hundreds of years, his interest in the spirit world would be renewed.

One such home belongs to Ed Jennison, owner of a 500-acre farm with several barns for storing tractors. Jennison allowed Edwards to explore the barns one day.

“It was dusk as I went into the first 150-year-old barn,” Edwards said, adding that it was a warm day. “The door was shut and I felt a cool breeze pass me and I saw a cloudy figure at the end of the barn. I could visualize a ghost but if I reached out and grabbed there would have been nothing there to grab.” Unfortunately, he didn’t have his camera with him that day.

He did capture the essence of a spirit with his camera in his own backyard another day.

“I saw a cloud that looked like a female figure wisping through the trees,” he said, before he grabbed his camera and started clicking. “It had evaporated but I could see the figure in the photo. These things give me the shivers.”

By this time, he realized he had started a series.

Edwards then took a trip to Madame Sherri Forest in Chesterfield, where the ruins of her home that burned still sit on the property. As it began to get dark, he trained his eye on a set of stone steps, when he saw a ghostly apparition climbing them. The photos he took didn’t show what he envisioned, so he re-created it himself. Don’t ask how he did it – that’s his secret.

As he began working on shooting more images at various locations in the region, he began to represent his ethereal visions within the scenes, including inside Jennison’s barn, which he revisited several times. Edwards has created 12 images so far and hopes to add another 10 to the series. They will be available for viewing and for sale beginning June 1 on his website, harveyedwards.com.

While Edwards is a believer in the spirit realm, he knows there is an opposite camp of non-believers. The confusion about the concept of the spirit world is nothing new, he noted in his artist statement – in fact, it’s ancient.

“The emerging science of parapsychology attempts to provide us with solid answers, but it’s an elusive quest that’s been ongoing for millennia,” he said. “More pieces of the puzzle are uncovered that move us closer to a clearer understanding of the rules and boundaries of the world of ghosts. Just like any other science, standards and opinions frequently change. However, when it comes to a world that exists beyond our third-dimensional realm of sight, sound and smell, generally shared opinions stay the same.”

Whether his work turns skeptics into believers or not, he hopes at least viewers will follow his lead.

“I’m definitely more open-minded than I was yesterday about this sort of thing,” he said.

For more information about The Ghosts of Cheshire County, or to make a purchase, e-mail Harvey@HarveyEdwards.com.