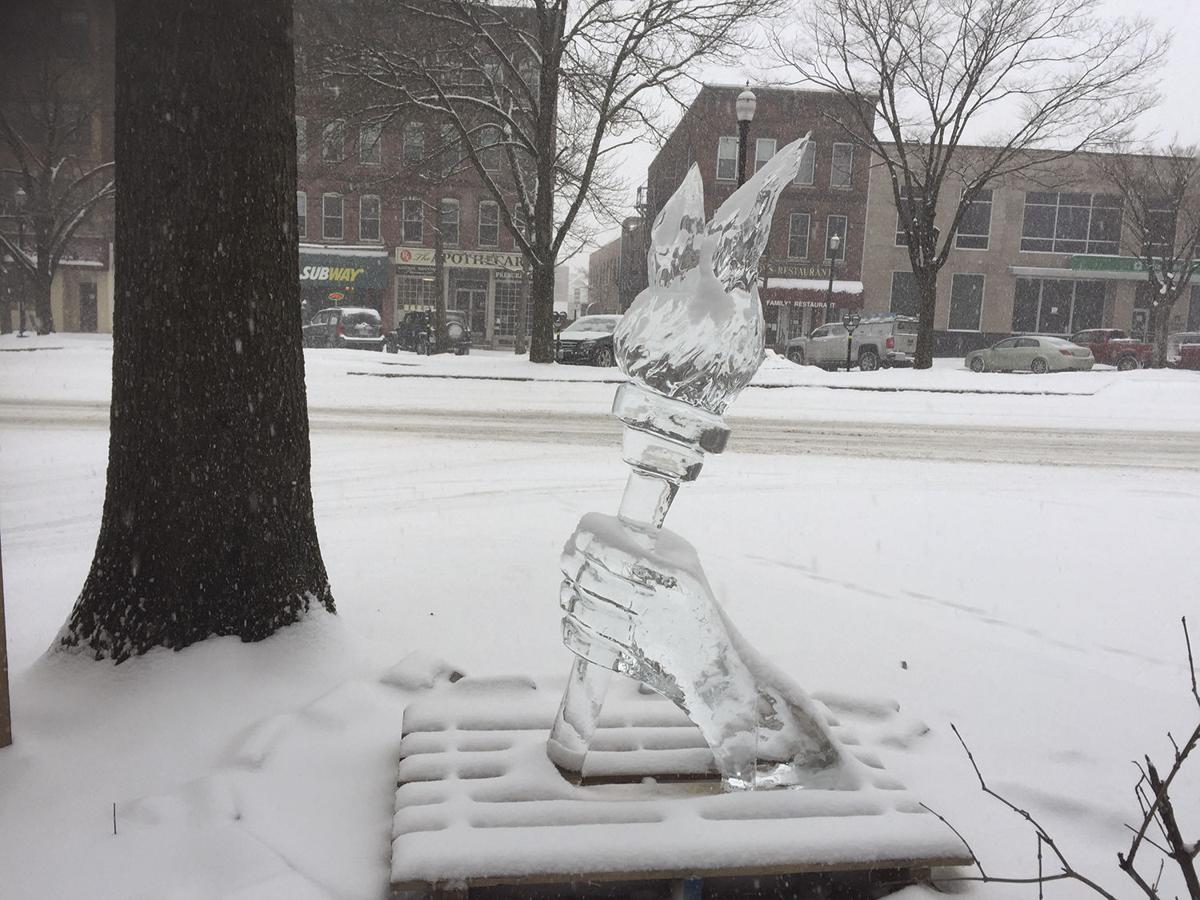 This ice sculpture was created by Wayne Miller of Walpole at a previous Keene Ice & Snow Festival. 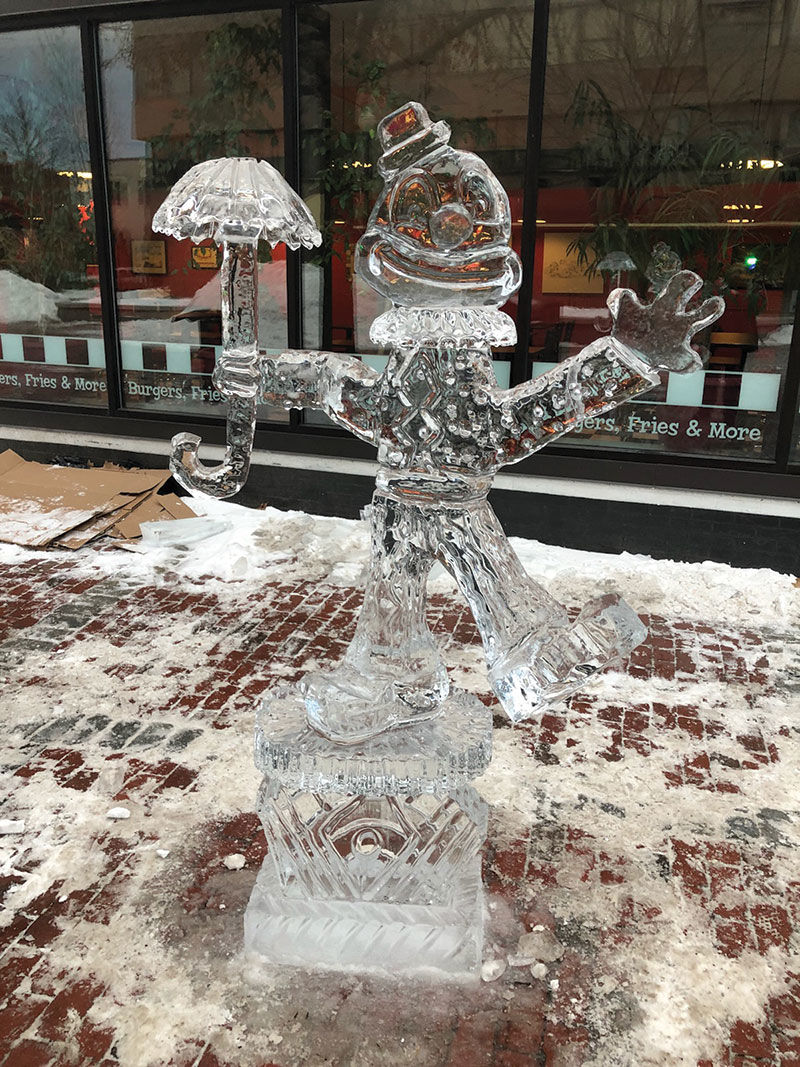 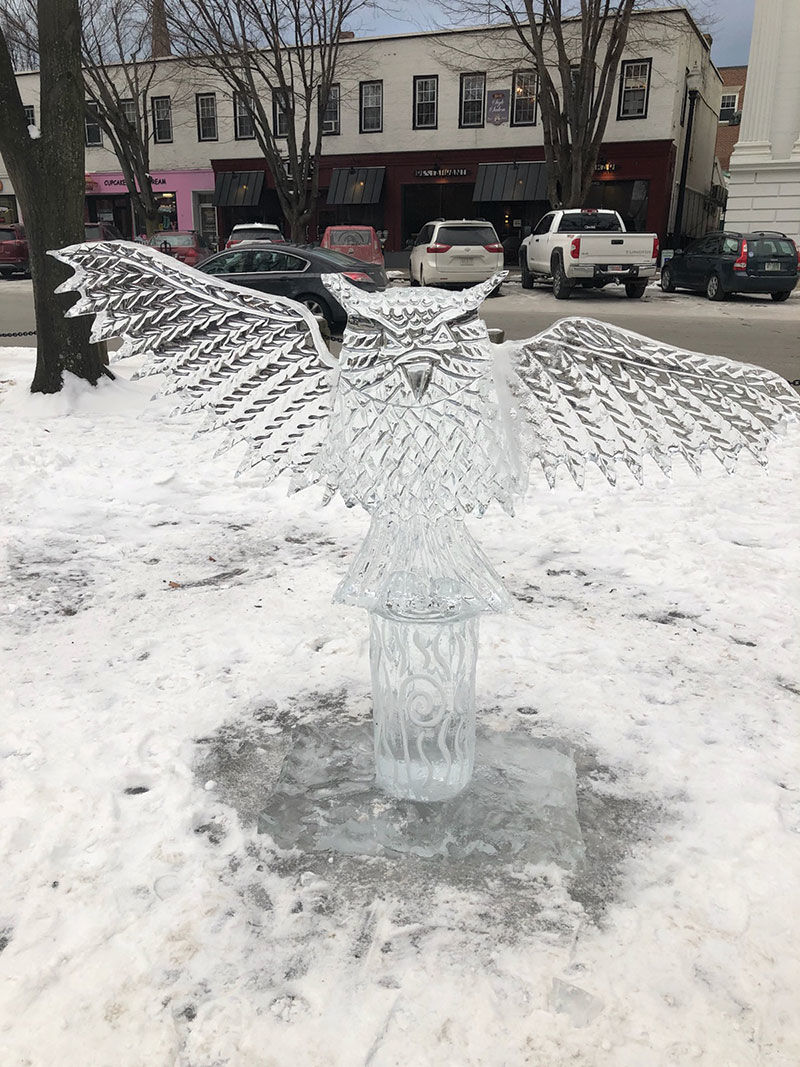 This ice sculpture was created by Wayne Miller of Walpole at a previous Keene Ice & Snow Festival.

Artists at this annual local event have only one objective: to freeze out the competition.

Carvers will start up their chainsaws and blow torches to create ornate beauty from solid blocks at the 18th Keene Ice & Snow Festival this Saturday, Feb. 1, in downtown Keene.

Completed sculptures, which will be placed on pedestals and lit from beneath, will be displayed along Main Street for judging by Arts Alive! Competitors will win cash prizes for first, second and third place.

Sculptors-in-ice from around New Hampshire and Massachusetts work in different levels of the art form: Eric Knoll of Merrimack, for instance, has placed several times in the World Ice Carving Championship; Dennis Hickey and Dave Soha operate their own ice sculpting company in Manchester. Several carvers are returning to Keene after competing here in past years.

Wayne Miller, of Walpole, was on the festival’s planning committee in its early years and has competed at the event for several of its 18 years. He also competes regularly at several others — in Stowe, Vt., Jackson, N.H., and three in Massachusetts (in Greenfield, Northampton and North Adams).

He got started ice carving while working in the hotel business — his first sculpture was a shrimp ice boat that was part of a buffet. He created it using a chisel and screwdriver. He then learned more of the craft from a chef who had attended an intensive ice carving class at the Culinary Institute of America.

He started with the Winkler method, which involves adhering a paper template for “sketching” the design using a chisel into the 300-pound block of ice (the standard size for competition is 40-by-20-by-10 inches). Once the connect-the-dots design is in the ice, an electric chainsaw is used to cut out the design as a two-dimensional relief before rounding corners, adding grooves, hollowing it out or creating whatever the artist’s vision for the piece.

He later began using a newer technique called fusing, which involves  applying heat from a flat iron onto an aluminum slab, pressing the ice against the slab for a few seconds and removing it quickly to join pieces of an ice sculpture. He used this technique to attach long arms to a recent “Charlie-in-the-box” sculpture.

“It’s for joining two flat planes together,” said Miller. “You can’t do it if it’s too warm, it won’t hold.” Sometimes, in warmer temperatures, ice carvers will add dry ice while fusing.

Ideal conditions for ice carving is temperatures in the teens and 20s, said Miller. If it’s any colder, the pressure from a chainsaw could fracture the brittle ice.

Whether it’s too cold or too warm for perfect ice carving conditions, Miller is prepared to adapt.

One sculpture he created of the angel Gabriel blowing a trumpet went south when the trumpet fell off.

“It became a coronet,” he said.

Other pieces he’s either created himself or co-created with another carver (he’s not sure what he’ll make at the Keene festival) include an ibex complete with highly-detailed fur and horns and Rodin’s The Thinker. Some have taken upwards of 10 hours.

He uses everything that’s crucial to an ice carver’s toolbox: a die grinder for rounding off corners and doing lettering; a blow torch that turns the ice from having a milky haze to being crystal clear.

While the intricacy of ice-carving designs dazzles audiences everywhere as they watch it happen before their eyes, there’s a lot more to the process people don’t see.

The ice block carvers use for competition aren’t just any ol’ ice blocks. They are made using something called a Clinebell machine made by the Clinebell Equipment Company.

It pumps a constant flow of water over a cooling plate so ice builds up a little at a time until it reaches the desired 10-inch thickness and looks like a perfect piece of bubble-free glass.

This year's festival was organized by the Keene Downtown Group.

“The whole idea is for families to get outside and enjoy the winter,” he said.

The 18th annual Keene Ice & Snow Festival is this Saturday, Feb. 1, from 10 a.m. to 4 p.m. in downtown Keene. Competition begins after the United Church of Christ in Keene bell rings at 10 a.m. and ends at 2 p.m.