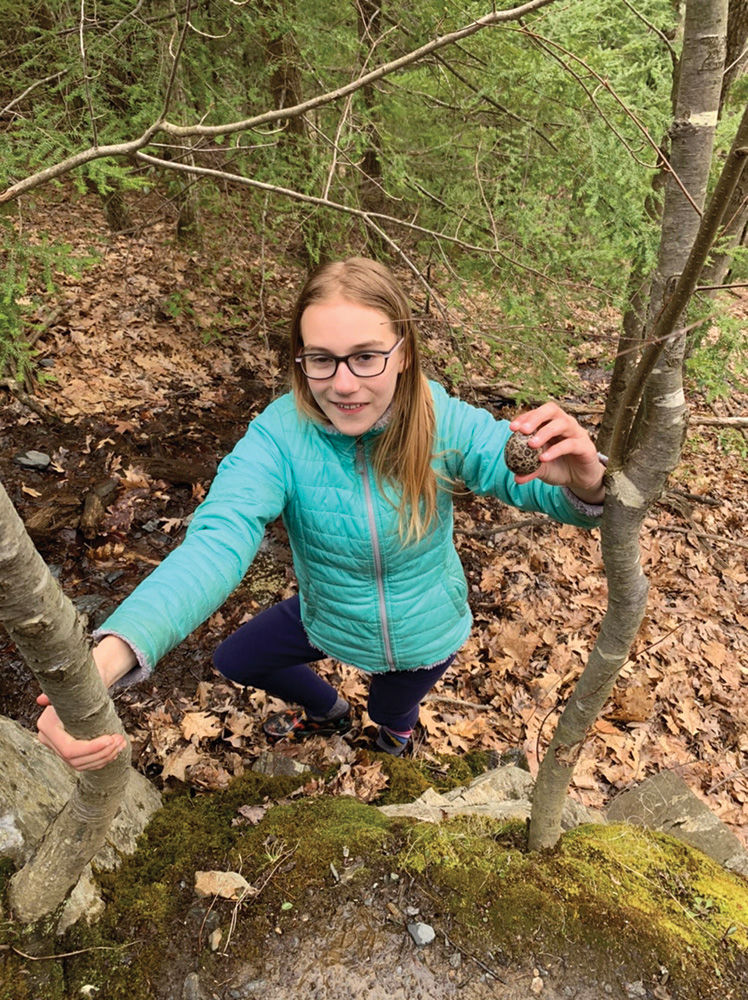 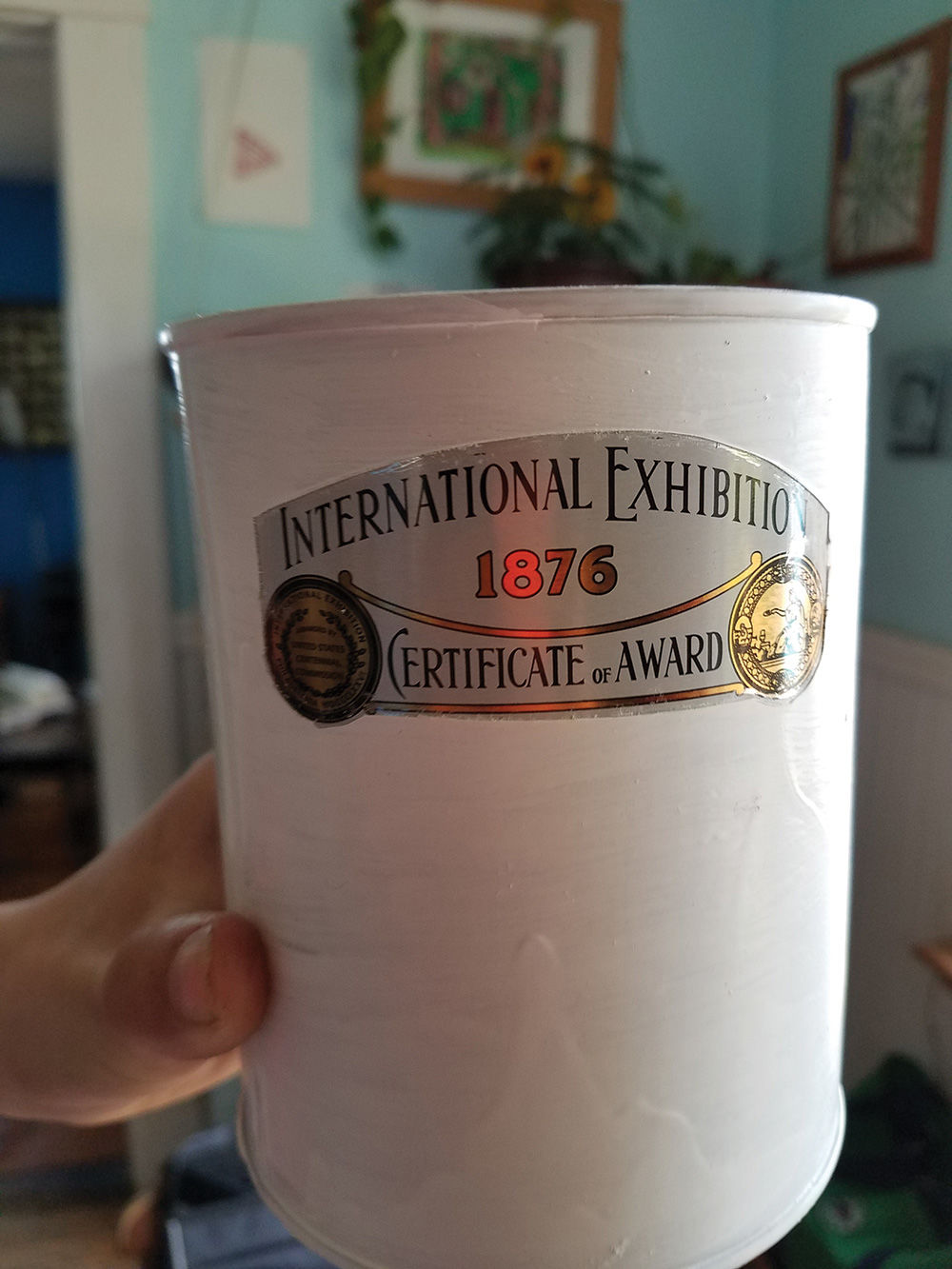 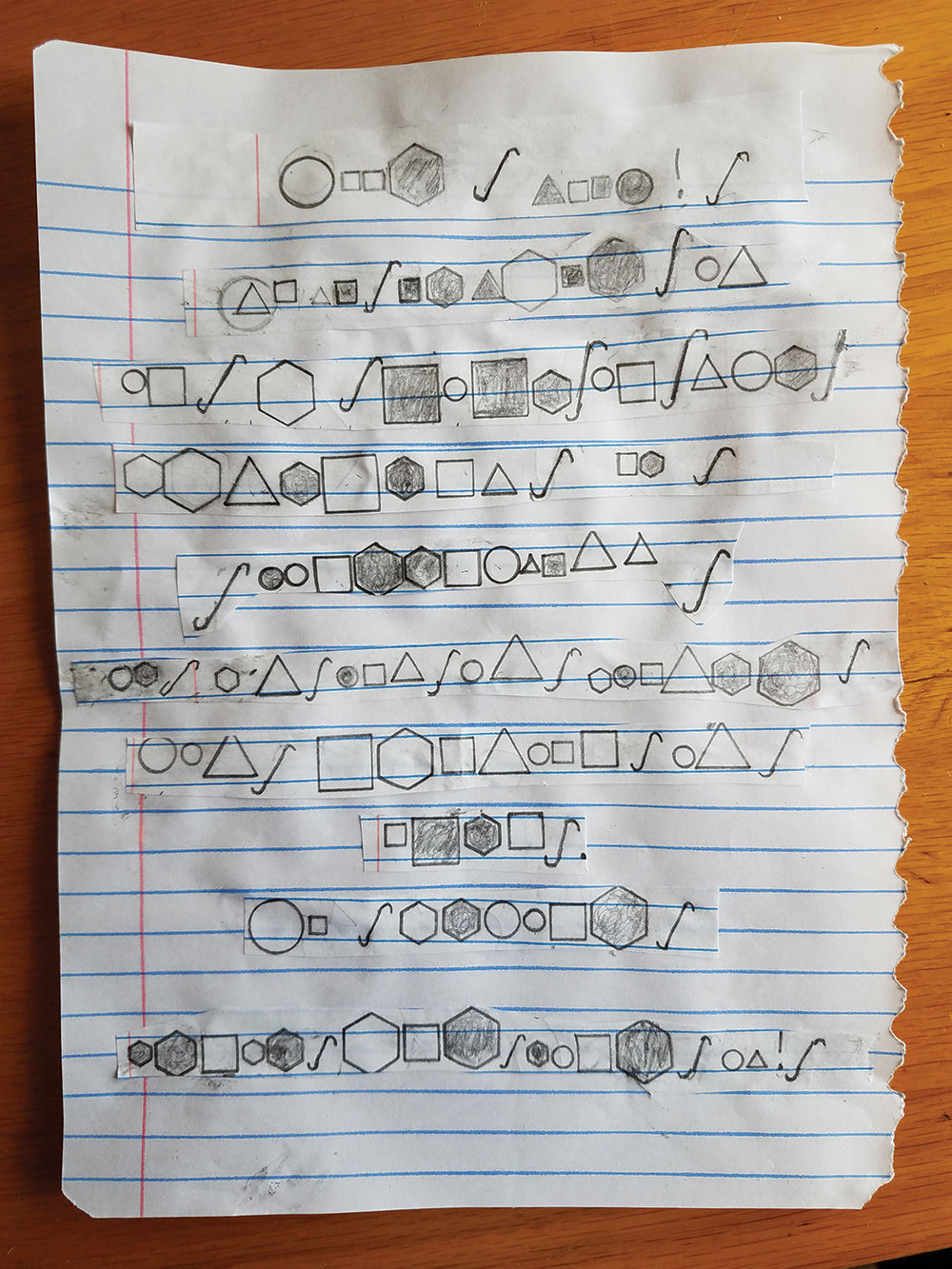 The treasure you are seeking this week is… a roll of toilet paper, hidden somewhere in Brattleboro. And the story is, it was hidden by T. P. James a long, long time ago.

T. P. James was the self-proclaimed “Spirit Pen” of Charles Dickens, who lived in Brattleboro in the 1870s. He claimed the author’s ghost dictated novels to him to write (including the ending to the “Mystery of Edwin Drood”). Dickens had left this novel unfinished when he died, and dictated the start of two others.

Many people doubted James’ claims. Many more people doubt that I found his notebooks when I was helping clean out the Fowler Museum (which closed last winter) on the second floor of the Union Building – and with good reason. But I will say, I have these notebooks in my possession and they are as mysterious and fun to pore over as any mystery novel. They have clues to treasures James buried on hiking trails in southeastern Vermont, mostly in Brattleboro, and in nearby New Hampshire.

Here is a mystery for you: How could T. P. James know that T P – as in toilet paper – would ever be considered a treasure? Was he clairvoyant, psychically capable of seeing our time and circumstance? I don’t know. What I do know from his notebooks is that he hid a roll of toilet paper, triply wrapped and sealed in a metal can washed with alcohol, before it was buried somewhere in Brattleboro. Judging from the photograph of the can, he hid the roll of eventually-to-be-precious paper in 1876, or near abouts… so approximately 154 years ago.

How well toilet paper ages over that length of time in a metal can, who can say. There is another possibility that pains me to contemplate, but which I must acknowledge.

Someone, some present day hoaxster may have written the cryptogram that reveals the hiding place of T. P.’s TP. They may have fooled me by placing the cryptogram and photos into the pile of historic documents.

When I say “notebooks,” I use the term loosely, as there are, indeed, three bound notebooks, and also a great many loose papers, tied up with jute. In truth, this particular puzzler was found, along with explanatory notes, among these papers.

A note to puzzle solvers: T. P. James was at times sloppy in his spelling. In some previously published puzzlers of his, he encoded “going” as “goin” and “stone” as “ston.” Fortunately, these misspellings are rare, and none of them have prevented some puzzle solvers who cracked the codes or anagrams from locating the treasures put out on the trail by T. P. James before he left this area.

I am making no corrections to his mistakes, as they are so few, and as they are important historical artifacts of his creative and unusual mind.

For new readers who do not know how to decode a cryptogram, check out Arthur Conan Doyle’s story, “The Adventure of the Dancing Men,” in which Sherlock Holmes describes exactly how to do so. You can find the story online at gutenberg.org/files/108/108-h/108-h.htm#chap03, or at your local library.

Even without the benefit of Holmes’ instructions, there are some basic things you already know that can be helpful. For example, the only one-letter words in English are “A” and “I.” The letter “E” is usually the most common letter in the English language, so you can usually find all of the “E”s just by counting how often different symbols occur. Eventually you will be able to guess whole words. The puzzle, which at first may look impossible, becomes easier and easier as you go on. That is often a good metaphor for life.

As always, if you have any comments, email me at booksfromvermont@yahoo.com and put treasure in the subject line.

And if you would like to see what my wife, artist Cynthia Houghton, is up to – including the amazing pterodactyl skull she found on a beach on the West River – checkout GreenMountainArtifacts.com.