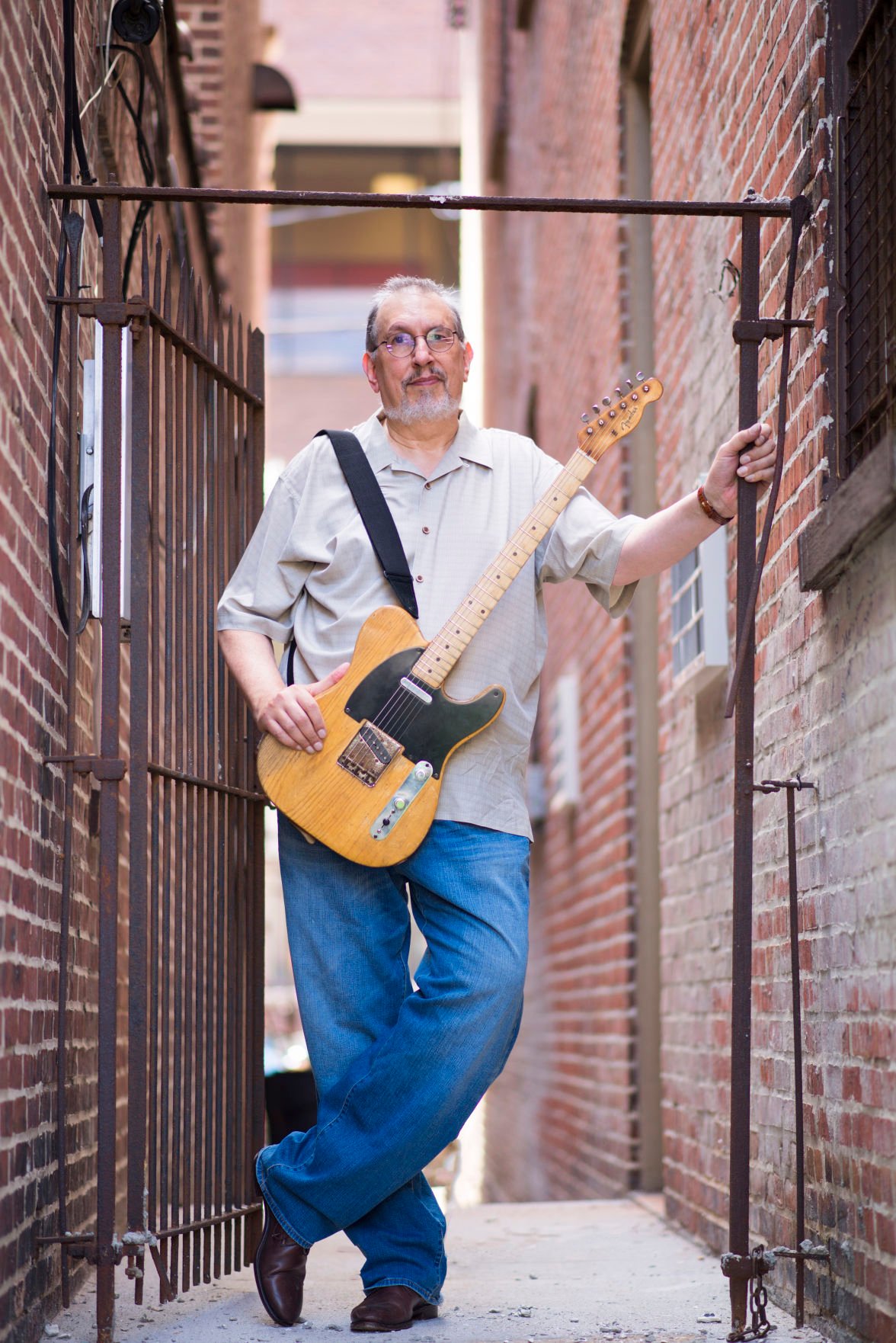 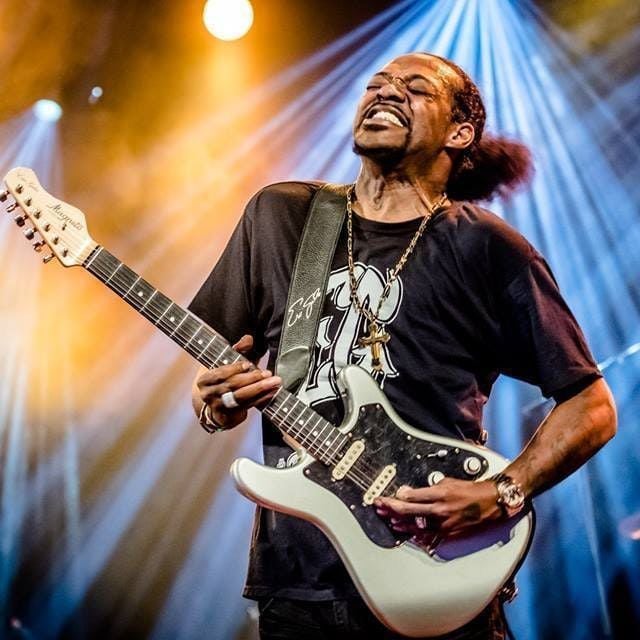 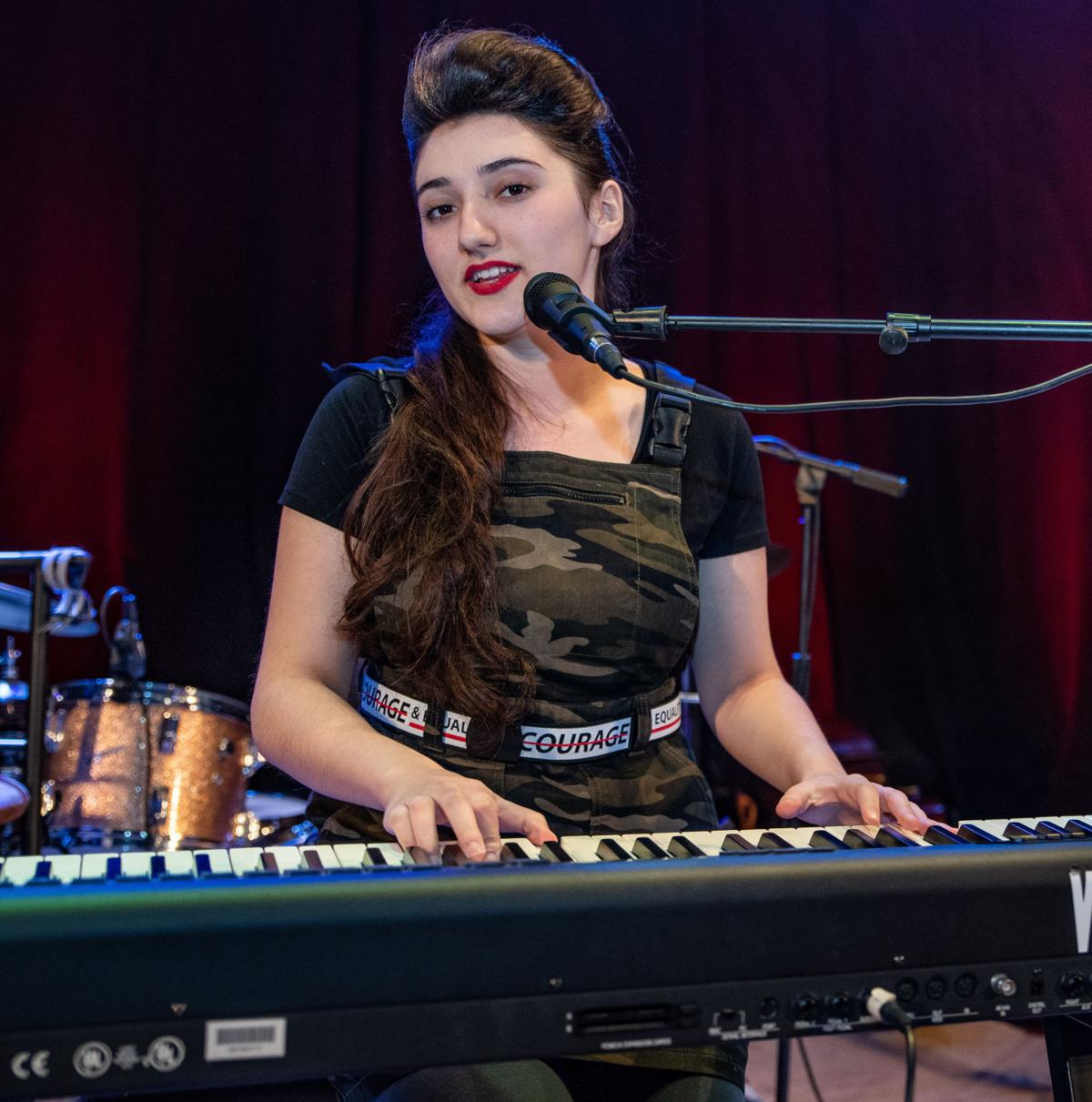 for The Eric Gales Band.

for The Eric Gales Band.

Peterborough is the place to celebrate the roots of American music this weekend.

The Peterborough Concert Series at the Town House will present blues guitar virtuoso Eric Gales this Friday, Nov. 22, and the “godfather of Americana” David Bromberg and his quintet this Saturday, Nov. 23.

Gales, considered a guitarist’s guitarist, has been in the music business practically since he could hold a guitar. When he was 4 years old and growing up in a religious household, he was first influenced by the music his brothers played while their mother was at church: Muddy Waters, John Lee Hooker, Stevie Ray Vaughn and Jimi Hendrix. Gales’ use of a right-handed guitar, but playing left-handed, has been compared to Hendrix. He later toured as part of the Experience Hendrix tour.

“[My mother] supported [me playing music],” said Gales in a recent interview with ELF of his start as a musician. “I didn’t get a whole lot of, ‘Don’t do that.’ ”

In 1985, he began to play at blues competitions with his brother Eugene, backing him on bass.

When he was 16, he caught the attention of Elektra Records, which released his first album, “The Eric Gales Band,” in 1991. The band was made up of Eric, his older brother Eugene and drummer Hubert Crawford.

Since then he has toured almost nonstop through the U.S. and Europe, to Australia, Argentina and Chile. One of his life-defining experiences happened in the year 2009, which he spent in jail for possession of drugs and a weapon. It ultimately led to his writing his 2017 release, “Middle of the Road,” the title a metaphor for his new life perspective.

“It’s a vantage point to see everything,” said Gales.

The album, his 15th studio effort, features numerous artists, including Lauryn Hill and others, as well as his own brother and mother. The album became his first to chart on Billboard’s Top Blues Album chart, peaking at No. 4. His latest studio album, “The Bookends,” was released this February.

He is now celebrating three and a half years of sobriety.

In May of this year, he won the Blues Music Award for Blues Rock Artist of the Year. In his acceptance speech, he talked about his three-year milestone — he also talks about it during every one of his shows.

“Being sober made it all better,” he said. “Things are going like they’re supposed to.”

After a holiday break, he’ll begin work on his new record in late March.

“Everything I do is off the top of my head,” he said of his performance style. “It’s scripted to a certain point, but I fly by the seat of my pants. All I can say is buckle up. There’s a lot of energy, a lot of motion — it’s very powerful. We give it what we have every night.”

Bromberg, co-creator of the newgrass genre, has a career more than twice as long as Gales’ — a multi-instrumentalist who plays acoustic and electric guitar, mandolin, pedal steel, dobro and violin, he plays in the intersections of bluegrass, country, R&B, jazz, rock and of course, blues.

His list of collaborations is a who’s who of the music business: Bob Dylan, George Harrison, Willie Nelson and Jerry Garcia among them.

He actively recorded in the ‘70s, releasing 10 albums between 1972 and 1980, before slowing down and sometimes taking many years between releases. Between the years of 1980 and 2002, he became a renowned violin expert — he remains the proprietor of David Bromberg Fine Violins in Wilmington, Del.

He returned to recording in 2007 with the Grammy Award-nominated album, “Try Me One More Time.” His most recent album, “The Blues, the Whole Blues, and Nothing But the Blues” (2016), is his 18th.

It focuses on the music he discovered circa late 1950s, when he was in high school and discovered a friend’s dad’s collection of blues 78-speed records. He taped them on a portable reel-to-reel to be able to listen to at home and learn.

He had borrowed his brother’s guitar to play to pass the time while he was in bed with the measles.

“I learned to play flat on my back,” said Bromberg in a recent interview with ELF.

The album consists of American music, he explained. “Every genre of American music includes something they call blues,” he said. “You can call an album, ‘Nothing but the Blues’ and still be all over the place. I started with Robert Johnson’s ‘Walking Blues’ — no one can deny that’s blues, but I went on and tried different things.”

The result is a collection that features everything from Bromberg originals to the jazz-inflected solo of the Ray Charles song, “A Fool for You.”

A newer addition to Bromberg’s recordings is his voice.

“On my early records I wasn’t pleased with the quality of my vocals,” he said.

After taking voice lessons and some advice from a friend, the late Phoebe Snow, he said it worked.

“These days I love the sensory feeling of singing,” he said.

As far as his performances today, he continues to pride himself on his lack of a plan.