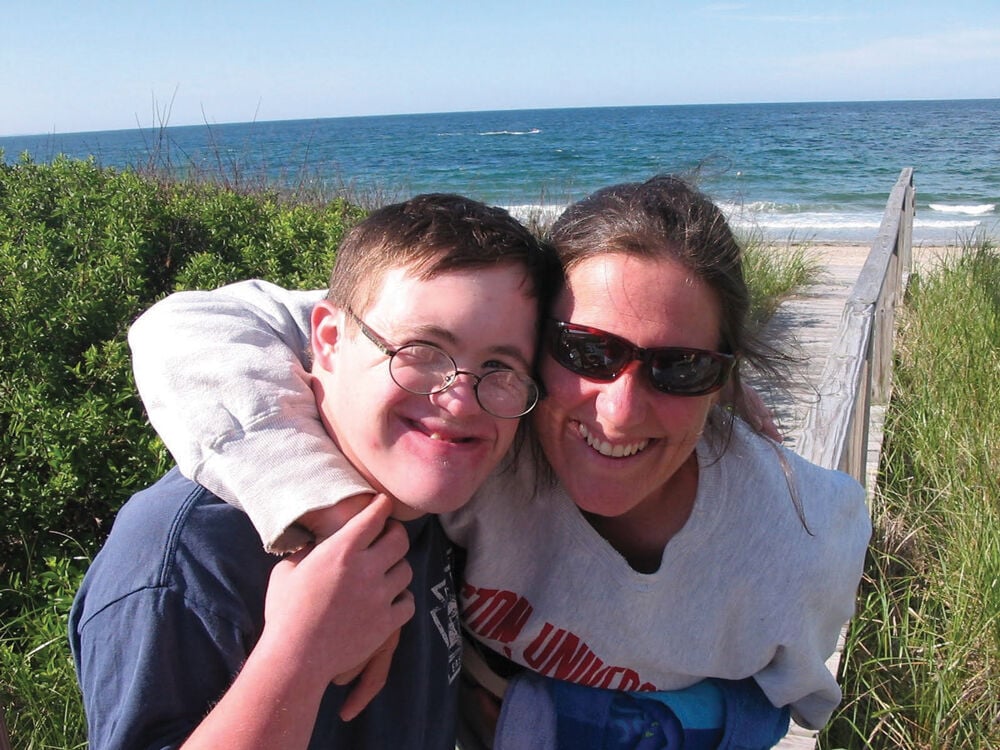 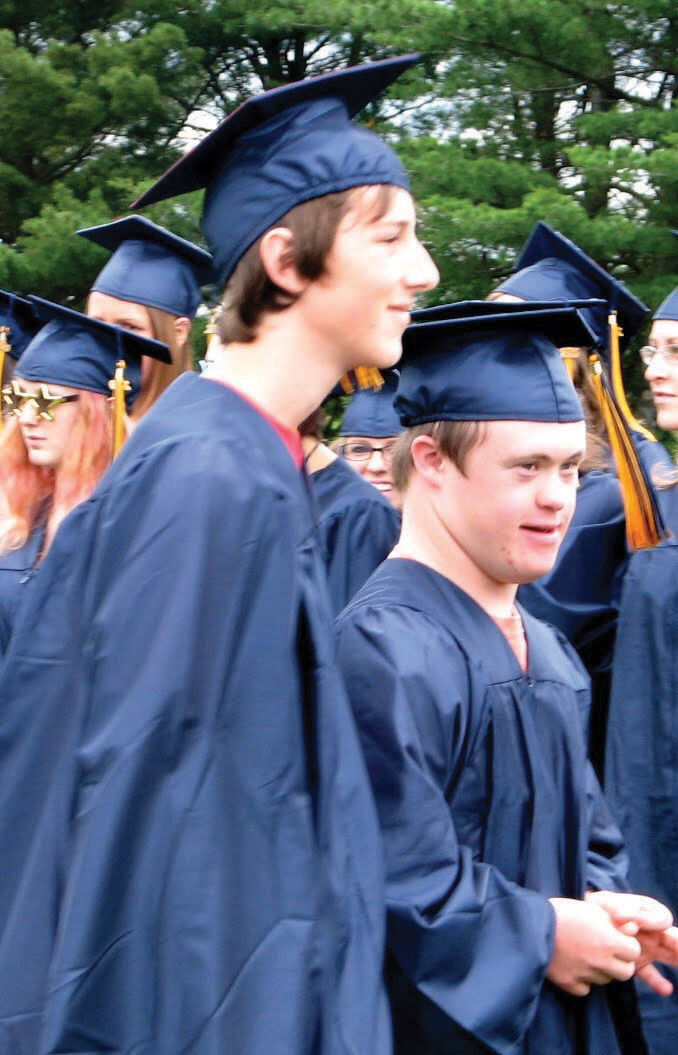 Elizabeth Goodhue ventured out on her own to tell her story of motherhood. Thanks to a recent award, she can do so as a published author.

Goodhue, of Peterborough, is the 2020 winner of The Page Turner Award in the non-fiction writing category for her manuscript, “The Truth About Down Syndrome: Lessons Learned from Raising a Son with Trisomy-21.”

Sponsored by ProWritingAid, The Page Turner Awards gives writers and authors the chance to enter unpublished or published fiction and non-fiction books of all genres. A group of literary agents and publishers looking for writers to represent and publish will read the work. Now that Goodhue is represented by an agent, her hope is it will be picked up by a publisher and have a more widespread launch and reach an even bigger audience.

She did not find out her first-born child, William, now 31, had Down syndrome until he was born. The scientific name of Down syndrome is Trisomy-21, which is when a child is born with an extra copy of the 21st chromosome.

“I wanted to get that message out [in the book] — the only big difference he has is his 21st chromosome,” Goodhue said. “No one knows that.”

It was also determined that Will had a heart defect — a common issue for children born with Trisomy-21. That meant a six-week stay for surgery at Boston Children’s Hospital when he was very young. There, Goodhue met other parents of children with Down syndrome and it’s where she learned that one of the most important things is humor.

She later went through what she called an angry phase because of the questions people would ask her, including, “Will your son die before you do?” and “Is he high-functioning?”

Goodhue always kept the idea of writing a book. She started by creating a blog about her experiences, something she already did, writing about her world travels. While she noticed people from around the world were reading her blog, no one was interacting with her about it.

A couple of years ago, she joined two local writing groups, members of which she said carried her through the book writing process.

“I kept saying I was a terrible mother,” she said. “Someone [in the group] said to me, ‘Stop putting yourself down. You’re the hero of this story.’”

Goodhue believes that’s because she has always done what was best for her son, not what the system tells a parent of a child with Trisomy-21 to do. Through a series of vignettes wound with poetry, she outlines the challenges she faced while advocating for William medically, educationally and socially.

“It’s creative nonfiction — it’s more than a straight-out biography or autobiography; it’s pretty lyrical,” she said of the book. “I wanted metaphor, for people to be able to connect their lives [to mine].”

She built it in a way that allows readers to skip around and not go from cover to cover — they can open the book to any page and it will make sense. She initially intended to self-publish, and in the meantime entered The Page Turner Award contest, sending in 10 pages of her unpublished memoir manuscript.

“I forgot about it,” she said.

She then found out she was short-listed for the award in September, a list that consisted of 60 authors.

“[The book] is more about me than him,” she said of her son, who is non-verbal and doesn’t read or write. “I understand his language.” She noted that he loves music and theater and has what she describes as a tremendous sense of humor.

She still doesn’t believe she is anything but a typical mother. “I was just raising this unbelievably cool kid.”