Gov. Chris Sununu announced that New Hampshire’s mask mandate will end Friday, and the state’s COVID-19-related business restrictions will end in early May.

During a Thursday afternoon news conference, the governor said the state’s mask requirement would not be renewed when it expires at the end of the week. The mandate has been in effect since November as a means of fighting the fall and winter surge of COVID-19 cases.

“We’ll continue to work hand-in-hand with Public Health to encourage social distancing, the wearing of masks when appropriate; that message will not change whatsoever,” Sununu said. “What does change is the government’s imposed requirement to do so.”

However, the Keene ordinance requiring masks be worn in the city will remain in effect for now, Mayor George Hansel confirmed in an interview on WKBK radio Friday morning.

In a news release issued by Sununu’s office during the conference, State Epidemiologist Benjamin Chan also emphasized the importance of continued mask-wearing. He noted that even before the statewide mandate was introduced, the state recommended using face coverings to limit the spread of COVID-19.

“The lifting of the mandate does not diminish the importance of wearing a face mask,” Chan said in the release. “The threat to health from COVID-19 is real. Even as restrictions are reduced, we are still in a pandemic and levels of COVID-19 remain high across the State.”

Sununu said the decision to lift the mandate comes after a return to the fatality rates the state saw prior to the fall surge, as well as a steadily increasing vaccination rate. Many of the new infections are being found among younger people, age groups that have had vaccine access for a shorter period of time.

About 45 percent of the state’s population has received their first dose of the vaccine, and 23 percent are considered fully vaccinated as of Wednesday, according to state health department data.

Meanwhile, COVID cases in New Hampshire have been rising for weeks, after dropping from their winter peak of more than 800 per day.

The state averaged 445 new cases per day for the week ending Wednesday, compared to 239 for the seven days ending March 6.

COVID-related hospitalizations have also increased. As of Thursday morning, New Hampshire hospitals held 130 COVID-19 patients, compared to 68 a month ago — slightly higher than the spring 2020 peak, though still far below the 335 patients hospitalized on Jan. 2, at the height of the winter surge.

But with many of the most vulnerable people vaccinated, deaths have remained relatively low, averaging less than one per day for the first 11 days of April, according to state data. That’s comparable to the death rate in September, before cases began surging later in the fall.

All adults in New Hampshire ages 16 and up have been eligible to register for a vaccine since early April, though the state began rolling out vaccinations for people 65 and over in January.

Sununu said local governments and private businesses will still be able to enforce their own mask requirements.

Months before the statewide mandate was announced, many businesses and some municipalities had implemented their own mask requirements. The city of Keene passed a mask ordinance in August, which is set to remain in place until the state of emergency established by Sununu in March 2020, and renewed periodically, expires, at which time the mandate would sunset automatically.

However, the Keene City Council’s Planning, Licenses and Development Committee is scheduled to review the ordinance during its regular meeting Wednesday at 7 p.m., Hansel tweeted Thursday afternoon.

Also coming to an end are most of the state’s restrictions related to business operations, Sununu said Thursday. As of May 7, the existing requirements will transition into recommended best practices, which will be streamlined into a single document.

He said the May date was chosen because the state has projected that most people who want to be vaccinated will be at least partly inoculated by then.

“As of May 7, over 95 percent of New Hampshire citizens who want a vaccine will have received their first shot,” Sununu said. 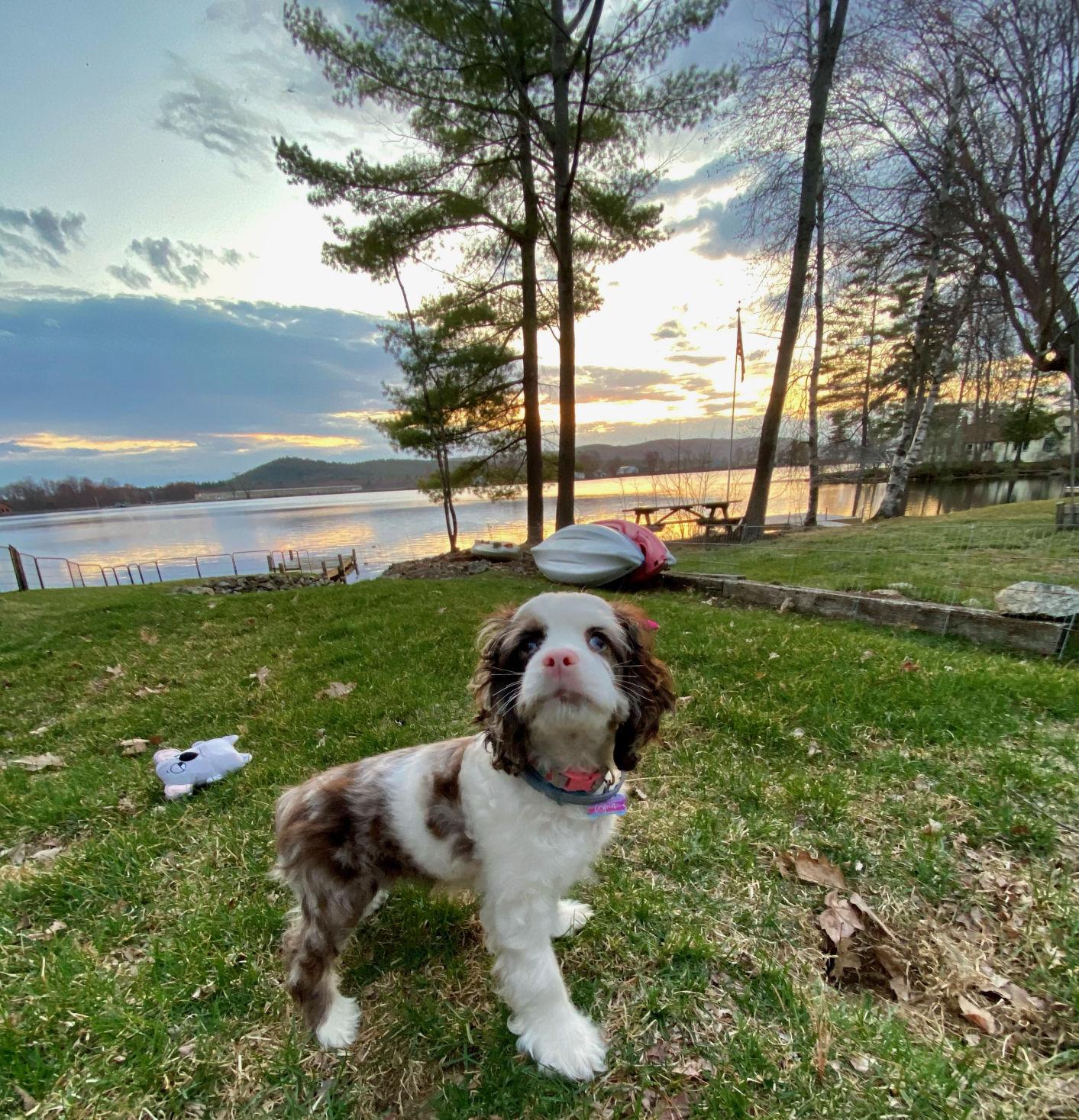 Cows in a pasture at Stonewall Farm in Keene

Stonewall Farm’s board of directors says that a section of Keene’s proposed zoning changes would prohibit the nonprofit from installing a solar array to help keep its electricity costs down.

These concerns, detailed in a letter to city officials, are among public feedback to a proposal to update Keene’s zoning code and introduce six new zoning districts downtown. The City Council fielded additional comments from community members during a hearing Thursday night.

In their letter to Mayor George Hansel and the City Council, dated March 22 and included in the agenda packet for Thursday’s meeting, Stonewall Farm board members flagged a provision in one of two proposed new zoning ordinances. The regulation would prohibit ground-mounted solar arrays of more than 2,000 square feet in the agricultural zoning district if the array is not the property’s primary use. The board said this would hinder the farm’s efforts to lower its electricity bill though solar power.

“We as board members are concerned this new code will have a negative impact on the ability of Stonewall Farm to address our very high electrical costs which are currently in the order of over $5,000 a month,” the letter reads. “We as a board cannot continue to absorb these high utility costs and sustain Stonewall Farm as a successful agricultural/educational center and resource within the community.”

The letter says the farm has received several proposals both for ground-mounted and roof-mounted solar arrays, but that the latter are not ideal.

Thursday’s public hearing, held via Zoom, focused on the two proposed ordinances related to the envisioned zoning changes. The first is designed to streamline existing codes into a single document, while updating historic district, floodplain and public improvement regulations.

Other changes would include addressing inconsistencies related to permitted uses within zoning districts and introducing new parking requirements in the new districts.

The changes are part of an effort to make the city’s expansive collection of zoning regulations more user friendly.

Zoning Administrator John Rogers said Friday morning that city staff feel allowing ground-mounted solar arrays larger than 2,000 square feet in the agriculture district would violate the intent of the district and also said the city has a limited amount of land designated within that district.

He added, however, that under the revised zoning code, property owners in the agriculture district would be able to request a variance for an accessory solar array larger than what is permitted by right.

In its letter, Stonewall Farm’s board said the organization has identified places on its property where an array could be installed without interfering with the surrounding aesthetic.

“Stonewall Farm is roughly 74 acres in size and most of our property is currently wooded with several tracts placed in conservation easements,” the letter says. “Several of our solar proposals have identified two sites on our land which are out of the way[,] adequately protected and large enough in size to support all our power needs.”

City councilors did not discuss Stonewall Farm’s letter during Thursday’s hearing, and Hansel accepted it as informational.

Also at Thursday’s session, several people who live within the new proposed downtown districts questioned how the changes would affect their quality of life. Joslin Kimball Frank said she’s one of the few remaining residents on the south side of West Street near downtown and asked what she can expect in her neighborhood under the proposed new zoning code.

“One of the things I’m concerned about is when we’re developing beyond us, will there be promotion for green spaces? Will there be parks, so it won’t just be lots of buildings?” she asked. “Will there be parking garages, so we will get rid of some of the surfaces now that take up lots of [space]?”

The council did not respond to her questions.

Keene resident Peter Espiefs sent a letter to the mayor and council after the deadline for inclusion in the agenda packet, so Hansel read it into the record instead. Espiefs wrote that he’s opposed to discussing the zoning proposals via Zoom and that he’d requested the conversation be paused until after the pandemic, so it could take place in person.

Hansel said city officials had determined it was appropriate to hold the public hearing virtually.

Not all commenters were concerned about the proposed zoning changes. Resident Elsa Worth commended the city staff who worked on the plan, saying she feels it will both encourage economic development and also make the city’s codes more reader friendly.

“It provides more encouragement and support to growth and movement and change than our current tangle of regulations,” she said.

Written public comments on the plan will continue to be accepted at the city clerk’s office until 1 p.m. Tuesday.

The proposed changes have been referred to the council’s Planning, Licenses and Development Committee for further discussion. The committee will next meet Wednesday at 7 p.m.

Suarez earned the award — given annually by the N.H. Association of School Principals (NHASP) to a public, private or charter school principal — due to her dedication to students, staff and parents, the organization’s director, Bridey Bellemare, wrote in a letter to the Mount Caesar School community.

Bellemare said members of the selection committee were also impressed with Suarez’s initiative to personally welcome new students to the school. As part of that program, which launched in 2018 and is known as the hometown blitz, Mount Caesar’s kindergarten teachers visit the homes of each incoming student over the summer to meet their future pupils. 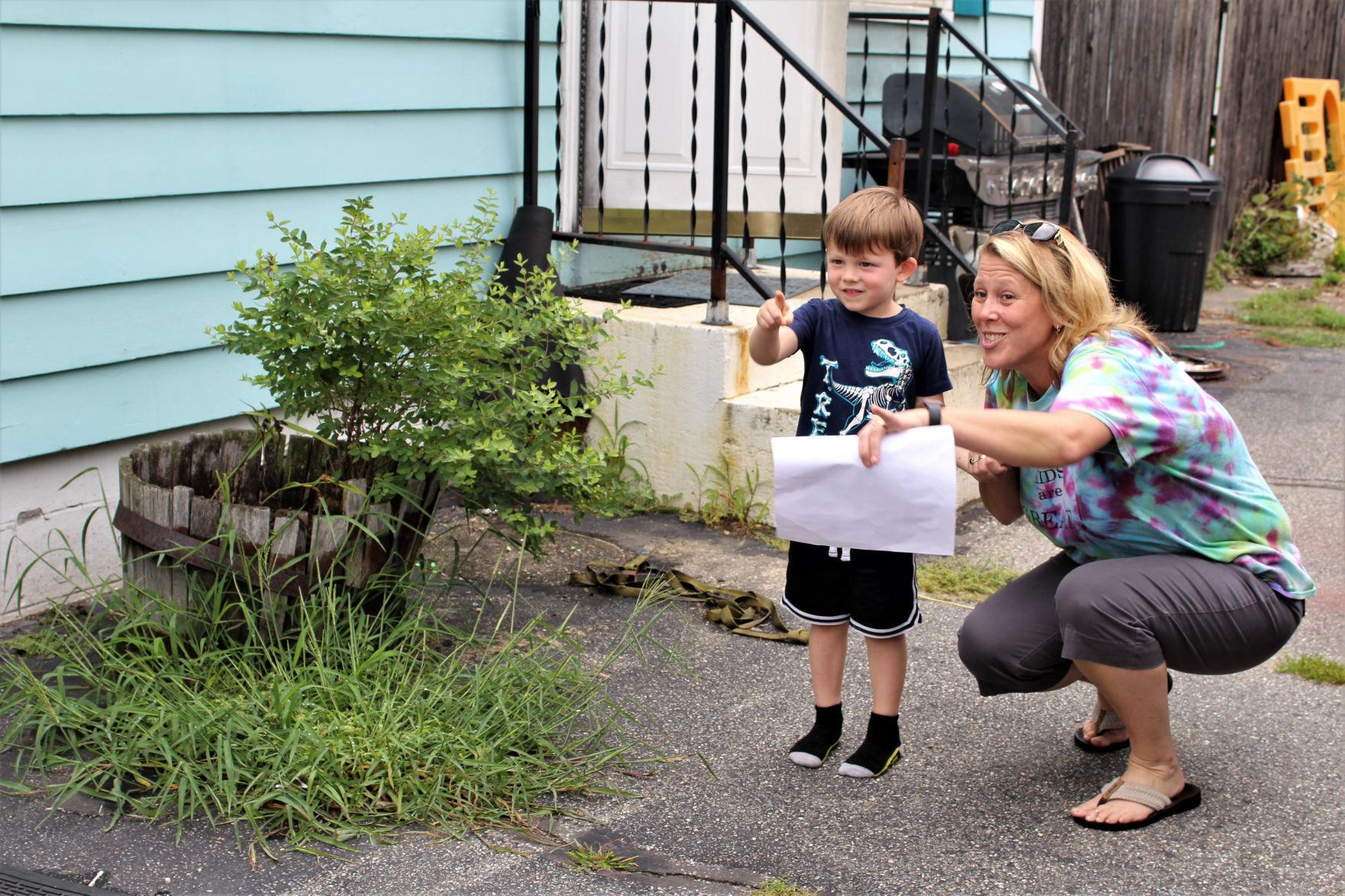 In this file photo from 2018, soon-to-be kindergartner Everett Munson of Swanzey guesses who his new teacher will be at Mount Caesar Elementary School in Swanzey Center. Principal Missy Suarez, right, and Mount Caesar’s kindergarten teachers visited the school’s youngest incoming students as part of an initiative that launched that year called the hometown blitz.

Now in her seventh year as the principal at Mount Caesar, Suarez has worked in the Monadnock Regional School District for 24 years, starting as a student-teacher before becoming a teacher and later an administrator. She was principal for four years at Emerson Elementary School in Fitzwilliam before moving to Mount Caesar.

Suarez, a Keene resident, said she was surprised and humbled to find out in February that Mount Caesar staff had nominated her for the principal of the year recognition.

“It is truly an honor to be thought of for this,” she said. “I’m very appreciative and very grateful for all the support that I’ve had.”

Suarez learned last Friday that she had won the award. As of Thursday, she said she was “still a bit in shock.”

“This is a skill set Missy possesses that not all leaders do,” Witte said. “She plays to people’s strengths to help them to succeed and be better.”

Suarez will be recognized as N.H. Elementary Principal of the Year at the N.H. Excellence in Education Awards ceremony in June, according to Bellemare. She will also be honored at an NHASP dinner next month alongside principals of the year for Granite State middle and high schools and the recipient for top assistant principal.