The process, which still requires voter approval, would take place over the next four years. Under the plan, which the board approved by a weighted vote of 12.787 to 0.213, Cutler Elementary School in West Swanzey would close, and its students would attend Mount Caesar Elementary School in Swanzey Center, which would receive an addition to accommodate the additional students. Currently, Mount Caesar enrolls students from preschool through second grade, and Cutler serves children from grades three through six.

The district has been working with Kyle Barker, a Concord-based architectural consultant, to develop a range of options for consolidating its elementary schools. District leaders have said previously that consolidating will save money in the long run, especially since older buildings, like Cutler, would require more extensive renovations.

The plan the board approved Tuesday carries an estimated total cost of $23.8 million, but the district hopes to receive about $11.4 million in state funding. Another roughly $14.6 million would come from a bond issue, which taxpayers who live in the district — which covers Fitzwilliam, Gilsum, Richmond, Roxbury, Swanzey and Troy — would pay over 20 years.

That state aid is not guaranteed, though, Board Chair Scott Peters of Troy said during Tuesday’s meeting, which drew about 70 participants via Zoom.

“We’ve heard clearly that Kyle [Barker] has confidence, and the state recognizes that some of our schools are some of the oldest in the state,” Peters said. “And so there’s a smile and a nod that our projects are worthy, but it’s a process. We could apply and find ourselves denied, or only receiving partial funding, and then needing to make choices.”

Under the timeline Peters presented Tuesday, the district would apply for state aid in the spring of 2022 and be notified of the state’s decision by that November. From there, the board would seek to put the bond issue on the ballot in March of 2023. If voters approve that potential bond issue, construction on the schools would be scheduled to begin in April 2024 and finish in time for schools to reopen in August of that year.

The plan is the latest in a long-running discussion about consolidating some of the district’s elementary schools. Last December, the board approved a plan to close three elementary schools, build one new school and add on to Mount Caesar.

But voters shot down this proposal in March, with more than 65 percent voting against a warrant article that would have appropriated $250,000 for engineering and design work on the consolidation plan the school board had approved.

With the school board’s approval Tuesday night, the plan will move back to voters. The board voted to create a warrant article for next spring’s deliberative session to move forward with the plan to consolidate the Swanzey elementary schools. The proposed warrant article would appropriate $300,000 for the engineering and design work for the plan, which would allow the district to apply for state funding for the project. 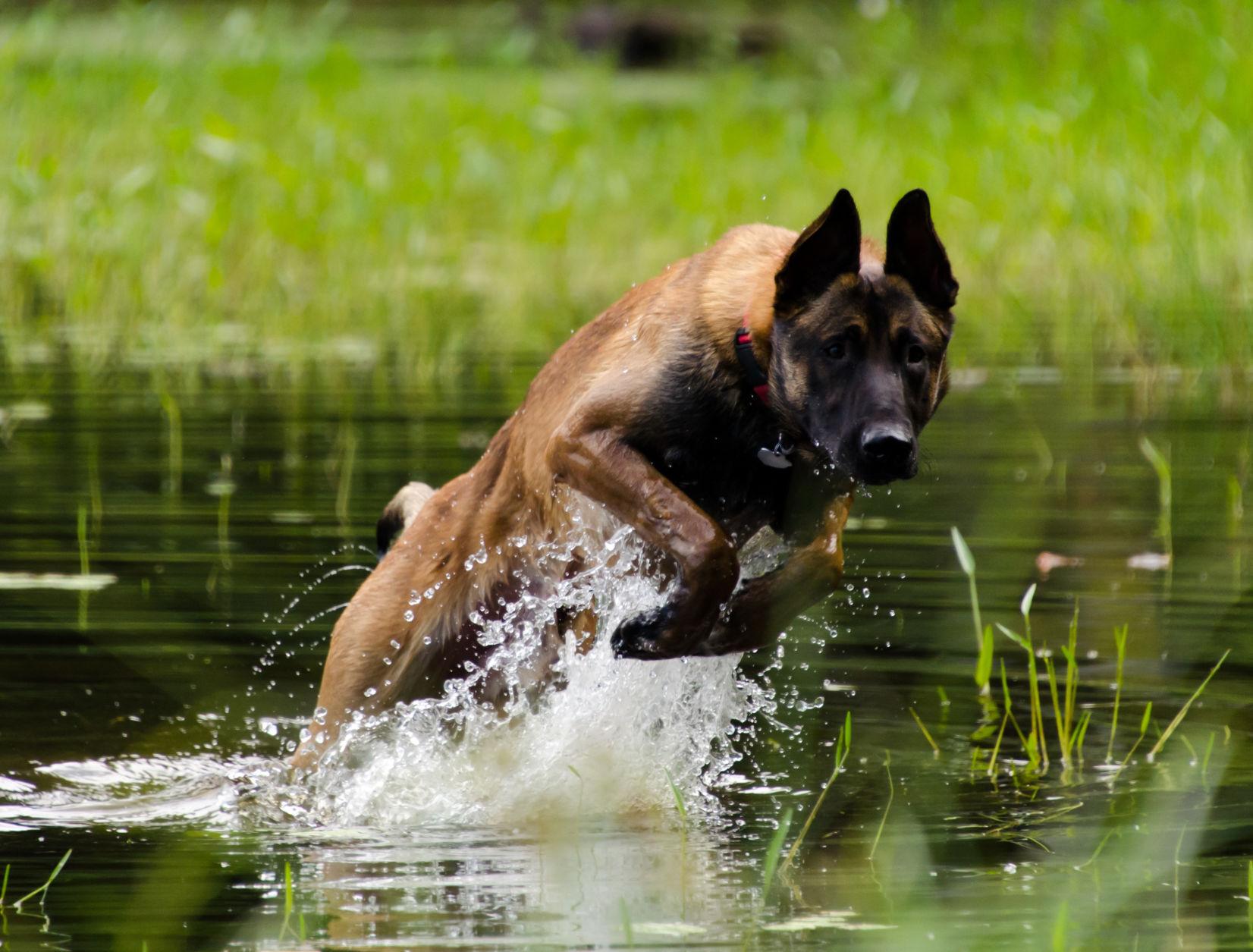 Neeko, a Belgian Malinois, makes a splash on an August afternoon. Neeko and handler Doreen Michalak of Peterborough are members of New England K-9 Search and Rescue, a nonprofit organization that helps law enforcement in New Hampshire and Vermont.

Local
top story
Keene will have trick-or-treating this year, but precautions urged

The city of Keene has given the green light to trick-or-treating this year, while emphasizing safety amid the COVID-19 pandemic.

Mayor George Hansel announced in a city memo Tuesday that children can go door-to-door between 5:30 p.m. and 7:30 p.m. on Halloween but encouraged safety precautions to help prevent spread of the viral disease.

Those recommendations — based on the Centers for Disease Control and Prevention’s guidance — include limiting interactions with others, avoiding group trick-or-treating, staying in one’s home neighborhood to trick-or-treat, not participating if ill, and practicing social distancing, hand hygiene and mask-wearing.

The CDC also says costume masks are not a substitute for cloth masks, unless the costume mask is made of two or more layers of breathable fabric and covers the nose and mouth.

“Halloween is one of the best times of year to wear a mask, and I expect to see some creativity,” Hansel said in his message.

Traditional celebrations like Halloween trick-or-treating, large indoor Día de los Muertos gatherings, crowded Thanksgiving parades and Black Friday shopping sprees could spread the virus and should be avoided, according to the guidance. The CDC recommends alternatives such as virtual Halloween costume contests, holding a small dinner for household members and shopping online.

Trick-or-treating can also be modified to reduce risk, the agency said. It recommends a “scavenger hunt-style trick-or-treat search” with members of one’s immediate household as a lower-risk option. Another possibility, though it carries moderate risk, is “one-way” trick-or-treating, with separately wrapped treats picked up by families at a safe distance, like at the edge of a driveway or yard.

The National Confectioners Association, a trade group that represents candy-makers, said in a statement that the new CDC guidance “reinforces that Halloween is happening and provides inspiration for creative and safe approaches to celebrating the holiday.”

The organization also provided a statement from Stephen Ostroff, a former CDC and Food and Drug Administration official who has been working with the industry group “to help Americans take the guesswork out of Halloween.”

“Halloween is traditionally an outdoor holiday and the one time of the year when kids want to wear a mask,” Ostroff said. “This is fully consistent with the CDC safety guidelines, and with the appropriate physical distancing, trick-or-treating can safely happen.”

Those with a confirmed COVID-19 case or for whom illness is suspected shouldn’t host or attend holiday gatherings, while people who are at-risk should avoid in-person gatherings or try to mitigate risk at those events, the agency said.

Bloomberg News contributed to this report.