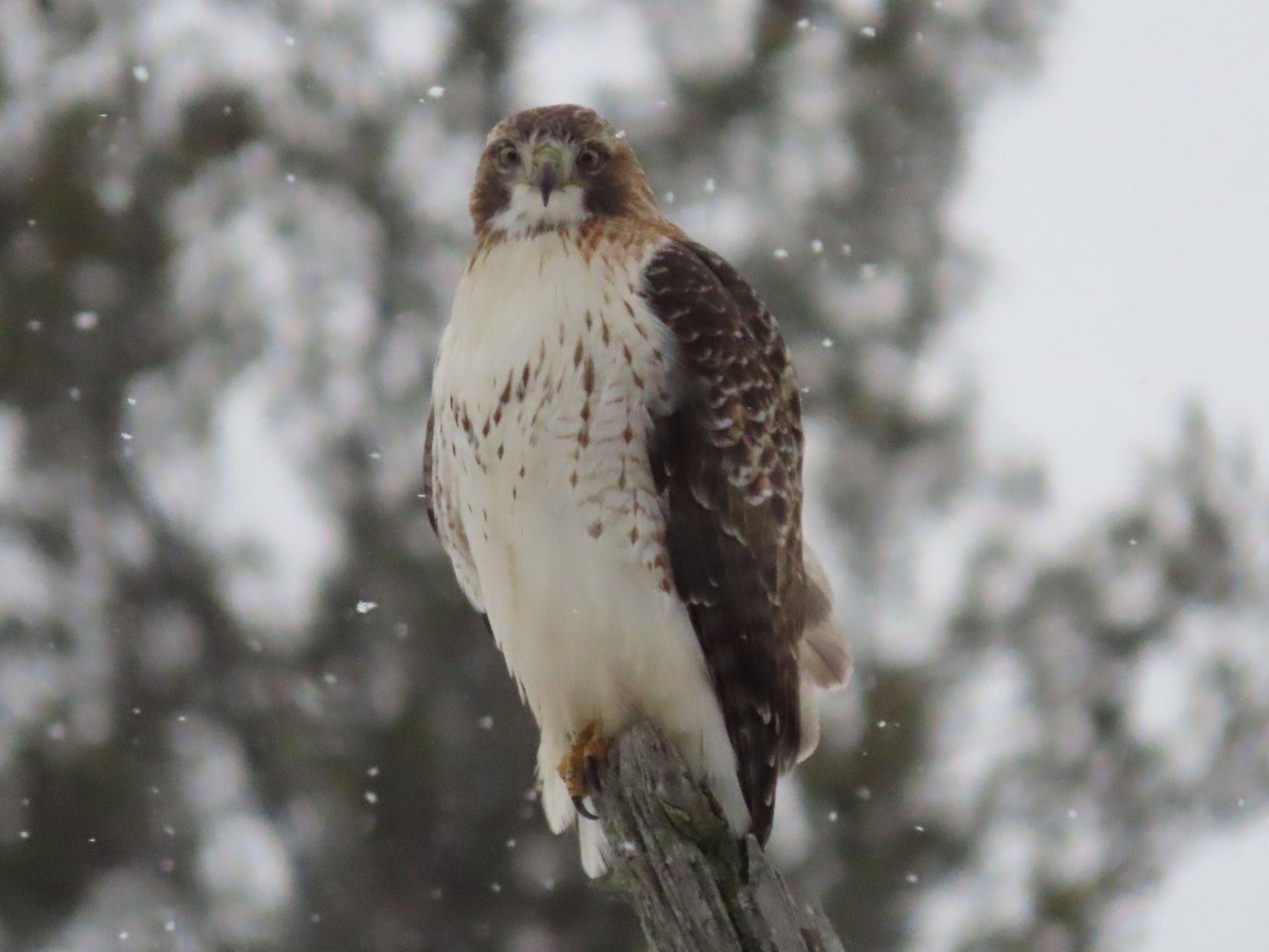 The Monadnock United Way is at 23 Center St. in Keene.

For the first time since 2015, the Monadnock United Way has reached its — admittedly more modest — annual fundraising goal.

“We chose the Better Together theme for this year’s campaign because of the deep caring and generosity of the people and businesses in the Monadnock Region,” President Liz LaRose said. “Our community reached goal this year because we all embody what it means to be Better Together every day.”

The Keene branch of the national nonprofit raised $1,307,723 for its Better Together Campaign, exceeding its goal of $1,277,000. In recent years, the organization had been unable to meet higher goals — ranging from more than $2 million to last year’s $1.5 million-plus — without dipping into its reserve account.

This year, the campaign’s co-chairs were Laura Gingras, Ted McGreer and Alan Stroshine.

The funds raised will “have a direct impact on the lives of local families,” according to a Monadnock United Way news release.

She told The Sentinel in December that this year’s fundraising goal represented the bare minimum the nonprofit needed to continue funding its partners at the promised levels.

At that point, the Monadnock United Way was closing in on its campaign goal, before hitting it in mid-January, and exceeding it when all donations were tallied.

But despite this latest success, the Monadnock United Way has not been without its challenges in recent years.

In February 2020, just about a month before the COVID-19 pandemic would hit the region, the organization announced it would cut its allocations to nonprofits by more than $240,000. It is now operating with a bare-bones staff of four people, LaRose told The Sentinel in December.

Meanwhile, the pandemic expanded the community’s needs, with the demand for financial support skyrocketing among the 30 organizations the Monadnock United Way partners with.

In March, the organization launched a separate campaign to support agencies squeezed by the pandemic. The Monadnock United Way reports having raised $452,000 in 2020 for its COVID-19 relief fund, with an additional $130,000 already raised for 2021.

Looking forward to the year ahead, LaRose said the organization plans to continue its legacy.

“People in every neighborhood across the region count on this high level of community-wide support,” she said in an email, “and it’s a privilege to play a role in our community’s success.”

RICHMOND — After fielding a complaint from state Rep. Jennie Gomarlo, D-Swanzey, the N.H. Attorney General’s Office has concluded that Richmond selectboard meetings do not violate a state order requiring mask-wearing in public spaces.

Prompted by an email from Gomarlo, whose district includes Richmond, the review by Associate Attorney General Anne Edwards found that despite not wearing masks during their meetings, board members comply with the order by maintaining physical distancing.

In the wake of Edwards’ inquiry, the town is considering whether to livestream selectboard meetings, which — unlike many municipalities — it has not done during the COVID-19 pandemic, according to Town Administrator Susan Harrington. Harrington said Monday that multiple residents have requested an option to view remotely the meetings held in Richmond Town Hall.

In a Jan. 22 email to the Attorney General’s Office, first reported by the N.H. Union Leader, Gomarlo said it had come to her attention that selectboard members do not wear masks at their weekly meetings and have not offered a video stream of their proceedings.

Gomarlo said Monday that she submitted the complaint on behalf of a Richmond resident, who had asked her whether the state can enforce its mask mandate in that situation.

Executive Order No. 74, which Gov. Chris Sununu signed Nov. 19, requires anyone over the age of 5 to wear a face covering when they are in a public space and unable to stay at least 6 feet from other members of the public. Earlier this month, Sununu extended the mask requirement from its initial Jan. 15 expiration until March 26.

The governor’s office referred Gomarlo to the attorney general “as an enforcement mechanism to resolve this issue,” she said in her Jan. 22 email.

Harrington informed the associate attorney general that two members of the three-person board have health issues that make it difficult for them to wear a mask and that the third member chooses not to wear one, she said Monday. (Sununu’s order has an exception for people with a medical condition or disability that prevents wearing a mask.)

The selectboard members — Chairman William Daniels, Douglas Bersaw and Andrew Wallace — sit approximately 6 feet from each other during the meetings, according to Harrington. In addition, people addressing the board are positioned at least 6 feet from its members and from any staff or other presenter, she said.

Richmond’s health officer, Carol Ann Rocheleau, has approved the arrangement, which also includes having masks and hand sanitizer available near the selectboard office, she said.

For sessions that attract more community members, like public hearings, Harrington said Richmond officials have used Veterans’ Memorial Hall on Route 32 because it offers a larger space with more room for distancing. The selectboard, she noted, has not held a public hearing since Emergency Order No. 74 went into effect.

“We’re kind of in a skinny, narrow room [in the selectboard office],” she said. “So if it’s something where we know we’ll need more room, we’ll hold it in the Veterans’ Memorial Hall.”

Edwards shared the town’s protocols with Gomarlo in a Jan. 25 email, explaining that the selectboard meetings comply with Sununu’s order. Edwards also said Harrington had invited Gomarlo to discuss her concerns in a phone call.

Gomarlo told The Sentinel in an email that Edwards’ conclusion reveals that “there is actually no teeth behind the mandate ….”

She added, however, that “it sounds like the board and staff have done what they can” to improve public safety, including searching for a larger space to hold Richmond’s March 13 town meeting and exploring whether to stream meetings via Zoom.

Harrington said Monday that Richmond officials have not yet determined a location for town meeting, since Veterans’ Memorial Hall can accommodate only 93 people with social-distancing protocols. (Last year’s meeting, in the early days of the pandemic, drew 62 people, but more than 130 turned out to town meeting in 2019.)

Selectboard members are also “looking into” making meetings available on Zoom, Harrington confirmed, but had not made a final decision as of Monday afternoon and did not plan to broadcast their meeting that night. She did not know whether people viewing a livestream would also have permission to speak to the board.

Despite Edwards’ conclusion, some community members are concerned that the lack of mask-wearing at selectboard meetings may reduce participation by people worried about contracting the coronavirus.

Richmond residents Sheila Blair and Jonathan Bloom, both of whom are over 70, said that silencing effect may extend to other public meetings, which they said selectmen often attend unmasked.

“People who believe in COVID-19 and think that it’s a real threat are going to be less likely either to follow what’s happening at the selectmen’s meetings or go to the zoning board,” Bloom said Monday.

Daniels, the selectboard chair, pushed back on those concerns Monday evening, pointing to Edwards’ finding that the selectboard meetings comply with public health regulations. But Daniels, who identified himself as the lone board member without a medical condition that prevents him from wearing a mask, said he is willing to cover his face if residents still feel unsafe.

“If they’re that upset about our decision to not wear one … I will do it just to keep people happy,” he said.

Blair and Bloom explained that they typically volunteer as poll workers in Richmond but declined during the primary and general elections last year because voters were not required to cover their faces. They encouraged the selectboard to wear masks and to make its meetings accessible via Zoom, though Blair noted that many residents would still be unable to watch due to poor Internet connections in town.

They also worry that residents watching remotely would not be allowed to participate or vote. That could be particularly inequitable at town meeting, if people who refuse to wear masks — many of whom lean conservative — feel more comfortable showing up, according to Bloom.

“You’re not going to get a fair representation of the town,” he said.

Daniels said, however, that Town Moderator Walden Whitham has expressed interest in requiring people at town meeting to wear masks and providing an alternate room for anyone who declines.

Whitham could not be reached for comment Tuesday morning.