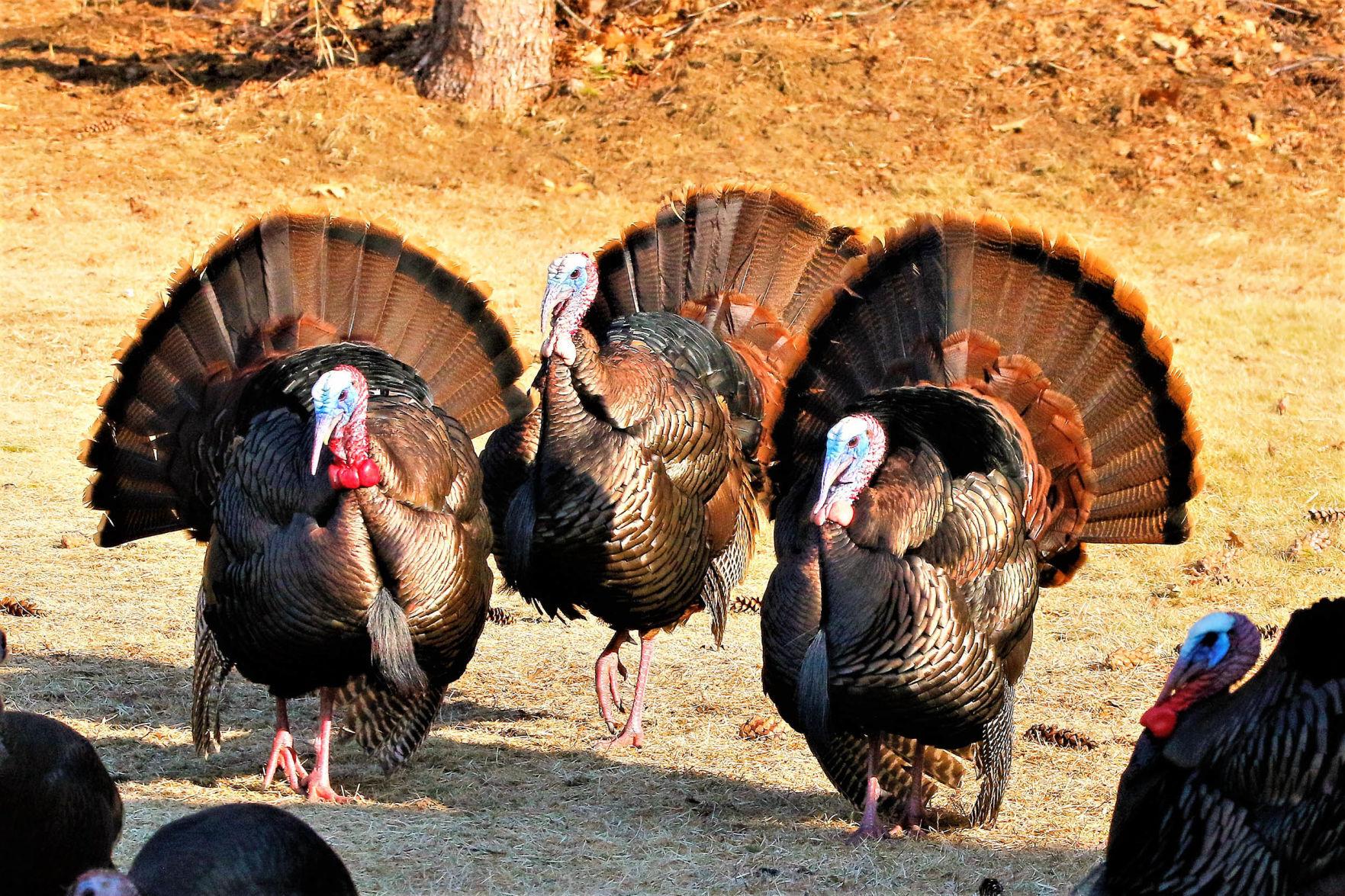 Four wild turkeys fan their tail features earlier this month in Westmoreland. Fanning, or displaying their tails, is part of the wild turkey mating routine of male, or “tom,” turkeys.

152 Davis St. in Keene is the planned future site of the Keene Metro Clinic, now located in Swanzey.

The Keene Planning Board decided Monday night to require a traffic study from a Swanzey substance-use treatment clinic that wants to relocate to the Elm City, delaying a vote on the application.

The Keene Metro Clinic, which opened in 2006 and is currently at 1076 West Swanzey Road, hopes to move into an existing building at 152 Davis St. — a more central location for most of its patients.

The clinic serves people with substance-use disorders who live in Keene, Swanzey, Marlborough, Winchester, Hinsdale, Richmond and Brattleboro, as well as Orange and Athol, Mass.

One of the clinic’s services is its medication-assisted treatment (MAT) program, which administers methadone and buprenorphine — medications that treat opioid addiction. The medication is often coupled with counseling and behavioral therapies.

The clinic also offers group and one-on-one counseling, according to its website.

“The majority of patients who’ve left treatment prematurely is due to a lack of transportation to and from the clinic,” said Bill Fischer, regional director of the Florida-based Colonial Management Group LP, which owns the clinic. “They report traveling 7 miles outside of Keene to receive treatment is a hardship. There is no public transportation in Swanzey, and with our weather, biking or walking is not feasible, even to receive treatment.”

To open at the new location, the clinic needs a lighting waiver from the board, as some of the proposed new lighting in the parking lot and on the building itself would go past property lines into the parking lots of New England Fabrics and The Mills of Keene apartment building, as well as onto a portion of the Cheshire Rail Trail.

But following the clinic’s presentation via Zoom on Monday night, board members said they were concerned about increased traffic in an already congested section of town, as well as a lack of adequate parking.

At its Swanzey location during peak hours, the clinic needed a total of 19 parking spaces for staff and patients, according to Jim Horwitz, vice president of business development at New Season, a subsidiary of Colonial Management Group.

The proposal for the Keene property, which the clinic purchased in late October, includes 22 parking spaces.

Horwitz explained that of the clinic’s 330 patients, about half drive themselves, while the remainder are given a ride. With the move to Keene, he added that the clinic expects less vehicle usage because there are more public transportation options and it would be closer to patients.

Nonetheless, board members worried the clinic would see an uptick in patients, requiring more parking spaces.

“I’d have to imagine there’s some estimate that you’re going to have more traffic coming through the clinic than you would in the Swanzey location, especially when you were saying that the location and transport was one of the factors for people not coming,” said board member and City Councilor Michael Remy.

Mayor George Hansel, who also sits on the board, added that this section of town has seen a lot of development in recent years, leading to a worsening traffic pattern.

“The only place I can think of that has more congestion and potential parking problems is around Central Square or Main Street during busy times,” he said.

Members also asked where people dropping off patients would park while they get their doses.

“I’m very happy with their landscaping plan, and all of the basic plans around the building, but the traffic is going to be an issue,” said Scott Parody, owner of New England Fabrics.

Al Braden, who owns Keene Student Rentals at 23 Ralston St. and More Than A Thrift Store at 19 Ralston St., said a traffic study, as well as a better look at the parking situation, is “critical” before the board votes.

“I believe the crux of the matter is that this will be a very busy clinic,” he said. “It will be shoehorned into difficult access in a small building, with limited road access, and Davis Street already services my building and my tenants and also Scott’s building ... so there’s a lot of traffic there already.”

Keene Metro’s proposal says the clinic would be open seven days a week, with peak dosing times between 5 a.m. and 8 a.m. The proposed hours of operation are Monday through Friday from 5 a.m. to 2 p.m. (with dosing ending at 11:30 a.m.) and Saturday and Sunday from 6 a.m. to 10 a.m.

The board will reconvene on April 26 at 6:30 p.m., after a traffic study has been completed, to continue the public hearing on the clinic’s proposal. Members of the public can attend via Zoom; information about how to do so can be found at ci.keene.nh.us/planning-board.

Exchange
'Harder than it should have been': NH's new COVID vaccine system struggles with demand

One reader who posted on Seacoastonline’s Facebook page, stated, “I spent 90 minutes clicking next and re-engaging the captcha before I finally got through. I am relieved to have an appointment in the not too distant future, but boy that process was harder than it should have been.”

Another reader said she had issues initially but managed to resolve them and book an appointment for her husband.

“Site was down from about 8-9 then came back up. Got my husband an appt for Sat morning. Process was very easy once the site stopped crashing,” she wrote.

State officials are working to resolve all technical problems. They urged residents eligible to sign up for a vaccine to keep trying.

The state last week replaced the federal Vaccine Administration Management System with its own Vaccine and Immunization Network Interface, VINI for short. Thousands of people experienced problems with the previous system, particularly in scheduling their second doses, and officials had expected the new system to avoid those woes. But it was beset with technical problems Monday morning, when registration opened to anyone age 50 and older at vaccines.nh.gov.

“Registrations may still be processed, but at a slower pace. We are working diligently to address these issues and will provide updates as soon as they become available,” read a message on the the state’s vaccine website. “We sincerely apologize for any delays you may be experiencing.”

Gov. Chris Sununu last week said about 200,000 first-dose appointments would be loaded into the system. He has called the new system “better and simpler.”

“So folks shouldn’t worry about having to be just the first one in line. There’s going to be plenty of room for everyone,” he said last week. “Everyone doesn’t need to rush into the system at 8:00 a.m. on the 22nd.”

Sununu released a statement late Monday morning, saying, “An unprecedented volume of web traffic was experienced this morning, a good sign that Granite Staters are ready and eager to receive their vaccine, which did cause some to experience delays. Registrations have been accepted and continue to be processed at an increasing pace, with over 35,000 having scheduled an appointment within the first three hours.”

In joining the governor to announce the new system on March 11, Perry Plummer, former director of the state Department of Safety, now tasked with overseeing the state’s vaccine distribution, expressed confidence the new system would be able to handle what he expected will be about 80,000 people to register for appointments in the 50-64 age group on March 22.

This story will be updated. Material from the Associated Press is used in this report.

A Connecticut judge on Monday set a lower bail for the Texas 18-year-old accused of driving two teenage girls from New Hampshire across state lines last week, and said he could turn himself in in Cheshire County instead of going through the formal extradition process.

Cameron J. Snody, 18, of Fort Worth, faces charges of kidnapping and theft in Cheshire County Superior Court in Keene.

Police records filed with the case include more details about Friday’s incident, which N.H. State Police first announced in a news release that afternoon.

According to an affidavit filed in Cheshire County Superior Court, Snody had been having an “Instagram relationship” with a 17-year-old girl from Swanzey and flew into Manchester last Wednesday with the intent, he said, of dating the girl. The girl and her older sister picked him up from the airport and he stayed at the sister’s house, Snody and the sister later told police, according to the affidavit, written by N.H. State Police Trooper Kevin P. Pratt. Pratt wrote that the sister said their father didn’t know Snody was there.

Snody told police that he, the girl and her 15-year-old friend talked about running away together and then set off for New York City around 3 a.m. Friday morning, according to the affidavit, which does not include interviews with either of the girls.

Around 8:15 a.m., the 17-year-old’s father notified Swanzey police his daughter had left her sister’s residence and texted him that she was running away, Pratt wrote.

Later in the morning, the mother of one of the girls told police she had just talked to her daughter, who said the three of them were in New York City and that she was “afraid,” Pratt wrote.

Swanzey police used cell phone data to determine Snody and the two girls were in Rye, N.Y., traveling north, according to the affidavit. Pratt wrote that the father was able to contact his daughter and also talk directly to Snody, who said they planned to keep driving north and return to someone’s residence — whose home is not clear due to redactions in the affidavit.

Connecticut State Police pulled the car over on Interstate 91 North in Connecticut and arrested Snody without incident, according to a separate report from a Connecticut state trooper.

Under New Hampshire law, someone can be charged with kidnapping if he “takes, entices away, detains, or conceals any child under the age of 18” he’s not related to “with the intent to detain or conceal such child.”

The theft charge alleges Snody stole the car he was driving, which belonged to the 17-year-old’s brother, according to the affidavit. Pratt wrote that Snody told police he had permission to use it, but not to drive it out of state.

The judge on Monday set Snody’s bail at $10,000, of which 10 percent must be posted for him to be released. 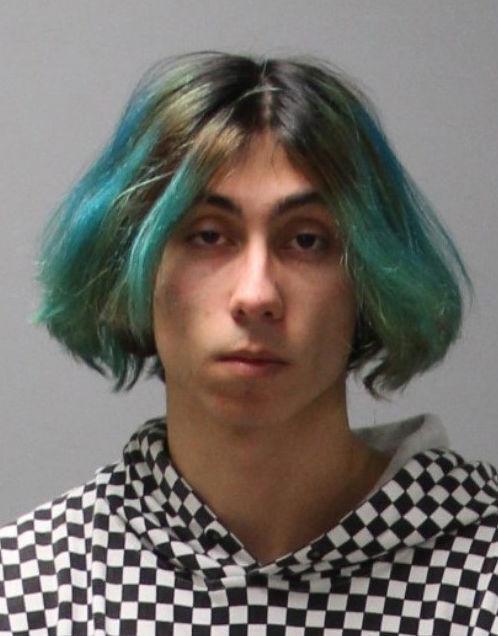