Michael Joy of Swanzey wears a mask outside Cheshire Medical Center in Keene in this file photo from April 2020.

The Elm City’s ordinance — which the council adopted in August — requires most people 10 and older to wear face coverings in all indoor public places and outdoor spaces where business is conducted. It’s due to sunset at the same time as the pandemic-related state of emergency that Gov. Chris Sununu declared last year and has extended numerous times since.

But following Sununu’s decision to let the statewide mask edict expire last week, the council’s Planning, Licensing and Development Committee discussed Wednesday night whether Keene should keep its ordinance as is, tweak it or get rid of it.

The meeting was streamed via Zoom, with most councilors reporting from chambers.

John Rogers, the city’s building and health official, kicked off the session by recommending that the ordinance stay in place until June 1, when vaccination rates will be higher.

Continuing with a mask requirement is essential to combating the spread of the coronavirus, he added. And as business restrictions loosen and more students return to in-person learning in coming weeks, Rogers said it would be a disservice to lift the ordinance now.

“We need to continue to use the best practices as possible in hopes to end this pandemic, and wearing masks is a large part of that effort,” he said.

Keene State College President Melinda Treadwell echoed Rogers’ request, adding that by June, college students will have finished their semester and many will leave the city.

“If [students are] in a quarantine or isolation protocol, they will not be able to complete their semester,” Treadwell said. “Part of my request is to help support consistency in the types of requirements we require of our students, whether they are on our campus or on our Main Street or in our businesses downtown.”

Opponents of the ordinance made a variety of claims, including that masks don’t work, and also argued that being forced to wear a face covering is against their rights.

Masks have been widely shown by scientists and health experts to protect the wearer and others from the virus that causes COVID-19.

Face masks work by containing the small droplets emitted from the mouth or nose when talking, sneezing or coughing, according to the Center for Disease Control and Prevention.

Several other people Wednesday spoke in favor of keeping the ordinance in place, recommending extensions ranging from June 1 to mid-July.

Supporters of the mandate said the virus needs to be taken seriously, and Keene can do so by keeping its mask requirement, as community members continue with social distancing and hand-washing.

Having a city mandate, some people argued, takes the pressure off business owners who want to require customers to wear masks and also maintains consistency in the safety precautions throughout Keene.

“I have two children in the public schools. One is 14, and one is 18,” resident Marie Duggan said. “I have learned this year that no matter how hard I try, I can’t protect my family by myself. I need the community to make rules that will protect my family.”

Following more than an hour of discussion, committee members unanimously agreed that they want more local data — such as vaccination rates, number of COVID-19 cases and hospitalization rates — before making a recommendation.

“My concern with putting any date on it ... If we put, say, June 1, and our numbers skyrocket, we are then tied to that June 1 repeal date no matter what,” said Councilor Catherine “Catt” Workman. “I really would like to just table the decision until we have more statistics.”

Other councilors shared similar thoughts, and the committee members voted to place the matter on “more time.” 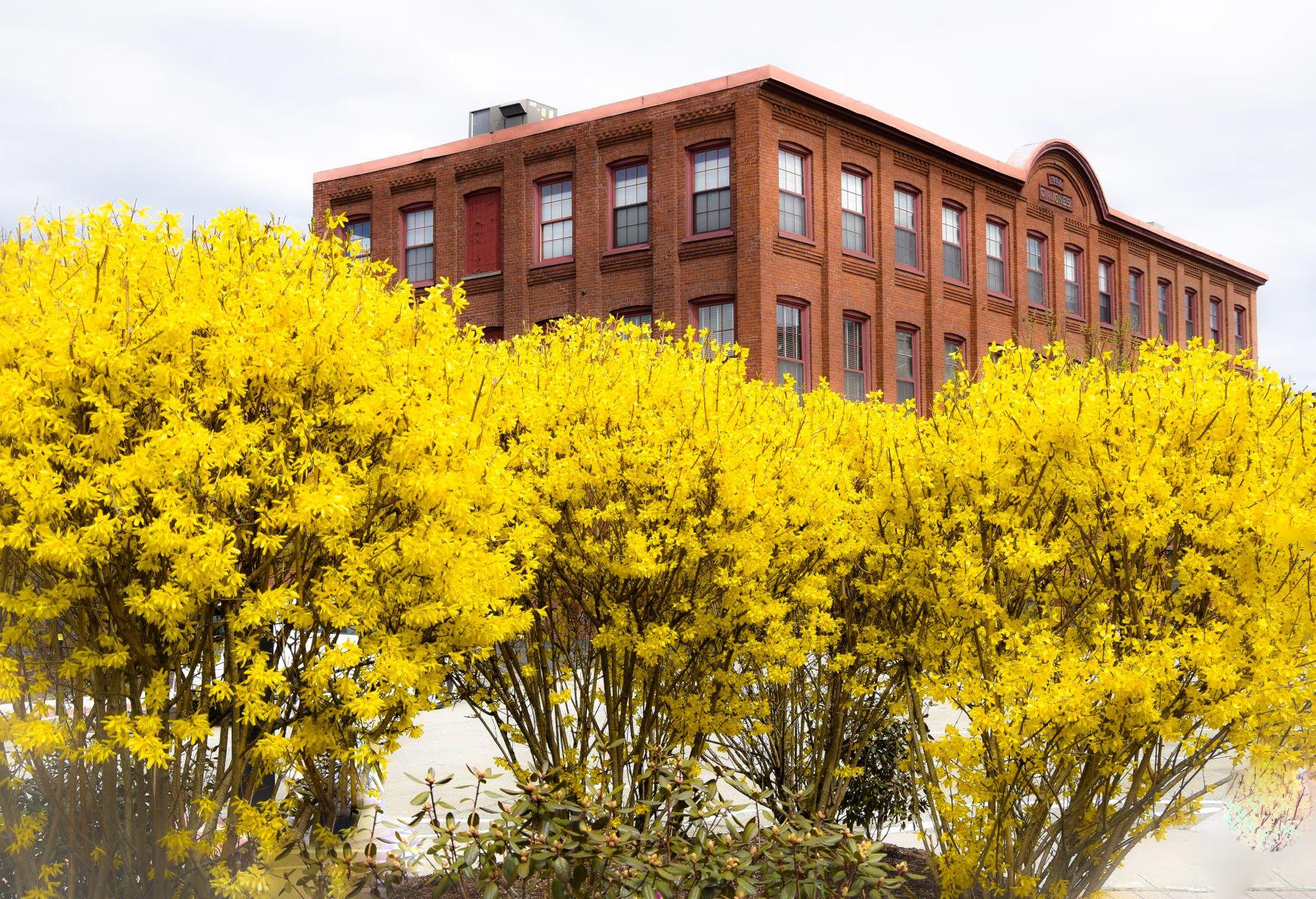 Health
COVID-19 once spared the young, but now more are suffering

The pediatrician told Melissa Zajacz of Medina, Ohio, that her 13-year-old son, Spencer, would be back to school in two weeks after he was diagnosed with COVID-19. Then came more trips to the doctor, fevers over 104 degrees and two visits to the Cleveland Clinic emergency room.

Spencer’s case, involving the B.1.1.7. variant, has kept him mostly bedridden and suffering headaches and swollen ankles since March 17. “There is no cure, so they offer support care,” said Melissa Zajacz. “He hasn’t been to school in a month. He’s a healthy, athletic kid, and he’s miserable.”

Throughout previous waves of COVID-19, children and young adults eluded the pandemic’s gravest consequences, exhibiting mild symptoms or none at all. Now faster-spreading variants are sending more to the hospital. Fatalities remain low, but doctors say the virus is now making the young sicker, some gravely.

Cautionary tales are beginning to multiply. University of Alabama students are mourning the death of the basketball team’s unofficial mascot, Luke Ratliff, a 23-year-old plaid-clad campus fixture. The student affectionately known as Fluffopotamus died from COVID-19 complications early this month as the team went on an NCAA tournament run.

In Michigan, where COVID-19 is spreading at one of the planet’s fastest rates — an average of almost 8,000 new cases a day — hospitals are seeing far more youths. The state’s Department of Health and Human Services reported 50 pediatric cases in hospitals last Thursday, the most since the post-holiday surge in early January.

“Statewide, the hospitalization rates are higher, therefore they must be sicker,” said Rudolph Valentini, chief medical officer for Children’s Hospital of Michigan in Detroit. “We’re seeing more kids coming to ER across the state. Some are in ICU, and some require mechanical ventilation.”

The new COVID-19 variants are more contagious and hit young people harder than the original virus that emerged more than a year ago, when people under 30 often showed no symptoms.

“We are seeing patients 20, 25, 35 who are quite ill with COVID,” Robert Riney, chief operating officer for Henry Ford Health System, said in an April 8 briefing. “The good news is the mortality rates are lower, but these are not light cases.”

The same trend is showing up across the U.S. as young people, who often aren’t yet vaccinated, spread and contract the virus through school sports and social gatherings.

Colorado Gov. Jared Polis said this month that cases among residents over 50 are leveling off, which he attributed to a strong turnout for vaccinations. He said the biggest increase in cases is among adults younger than middle age.

“People are filling up hospitals in the 18-to-50 age group,” he said. “This is a race against the clock.”

Polis said the new variants are increasing the likelihood of severe reactions. Most younger people infected will survive, but are more likely to end up in the hospital, he said, imploring residents to continue wearing masks and practicing social distancing as the inoculation campaign nears its goal.

“Let’s be careful in the final weeks,” Polis said. “We’re almost back to normal. It’s almost mid- to late-May, where everyone who wants a vaccine can get it. Let’s not have a setback.”

The next problem may be cases of Multisystem Inflammatory Syndrome, in which multiple organs become inflamed. MIS-C, as it’s called, afflicts some COVID survivors with lingering symptoms such as high heart rates, body aches and fatigue.

Though the syndrome is rare — Michigan has about 100 cases — hospitals likely will see more of it after the variant-driven surge, because it trails COVID-19 by two to five weeks, said Valentini, of Children’s Hospital in Detroit.

Katie Krol of Shelby Township, Mich., said her two children have been struggling with MIS-C. Her daughter, Emma, now 10, and 14-year-old son, Rhys, saw their conditions worsen about two months after initially getting COVID-19 in March 2020. Their heart rates sometimes spike above 140. Both are often exhausted and have circulatory problems.

Rhys’ “hands and feet will turn purple,” Krol said in an interview. “You can trace their veins. They are darker. If Rhys is up for longer than 15 minutes, he says he feels like his feet are swelling.”

Doctors have found no cure.

“They don’t know,” Krol said. “They are saying in six months or in 12 months, they will be better. There is no answer for this. I wish it was something where there was an answer and we could just get treated.”

Valentini said hospital officials are heartened by the fact that Pfizer Inc.’s vaccine is showing strong results with 12- to 15-year-olds. But the drugmaker is waiting for the Food and Drug Administration to approve its use for that age group. Moderna Inc. in February started a study for patients as young as 12.

Until children can get the vaccine, they will be susceptible. “Corona is looking for a place to land,” Valentini said. “The patients who are most vulnerable are children because they haven’t been vaccinated.”

Zajacz, the Cleveland mother, said that a medical scan last week revealed that Spencer’s spleen is enlarged, and she plans to try to have him admitted to a special clinic for patients with long-standing COVID-19 symptoms.“We don’t see a light at the end of the tunnel with this,” she said. “The answer they all have is that we just have to let it run its course.”

A lawsuit over school funding in New Hampshire may go on trial in about a year, a judge said Wednesday.

Meanwhile, the Fall Mountain and Claremont school boards have decided to sign onto the lawsuit, joining the four other school districts — all in southwestern New Hampshire — that are already part of the case. The school districts’ lawyer, Michael Tierney, said Wednesday that several more districts are considering joining this week or next.

The lawsuit, originally brought by the ConVal Regional School District in March 2019, alleges that the state government is failing to live up to its constitutional duty to fund education adequately, leaving local property-tax payers to make up the difference.

The Supreme Court order returned the case to Ruoff’s courtroom for additional proceedings, including an eventual trial to hear factual evidence related to education funding and costs.

Winchester, Mascenic and Monadnock Regional are the other school-district plaintiffs alongside ConVal.

At a status conference Wednesday, Ruoff said that he doesn’t expect a trial would be held before summer 2022, based on his availability.

No trial date was scheduled Wednesday. Ruoff said he would issue an order giving Tierney 30 days to submit an amended complaint including the new school districts. The state would then have 30 days to respond. From there, Ruoff said, the parties can discuss among themselves and come back to him with a proposed timeline for the rest of the case.

Tierney said the school districts would be ready to try the case in a year. As for the state, Galdieri said it would depend on what’s in Tierney’s amended complaint and how many school districts join.

The districts contend that the existing school-funding formula shortchanges districts in various ways. Districts currently receive a base rate from the state of about $3,700 per student, plus additional amounts tied to special education, poverty rates and other factors.

The state has argued that the Legislature was acting within its discretion when it enacted the current funding formula more than a decade ago and that some of the costs cited by the school districts, like school nurses and transportation, are “ancillary” to an adequate education.

Claremont’s decision to join has a symbolic resonance, as it was the lead plaintiff in a landmark school-funding lawsuit in the 1990s. In a pair of rulings in that case — known as Claremont I and II — the N.H. Supreme Court held that the state government has a constitutional obligation to fund an “adequate education” and struck down the existing funding system.

Sprague said the state continues to underfund education, resulting in poorer areas like Claremont paying higher property-tax rates while having less to spend on schools than richer communities do.

“There’s the haves and the have-nots,” he said. “And those of us over here, with the exception of Lebanon and Hanover, in the western part of the state, are pretty much forgotten.”

Fall Mountain School Board Chairman Michael Herrington said the district has supported ConVal’s efforts from the beginning. “We just wanted to join this lawsuit and add our voice to the others.”