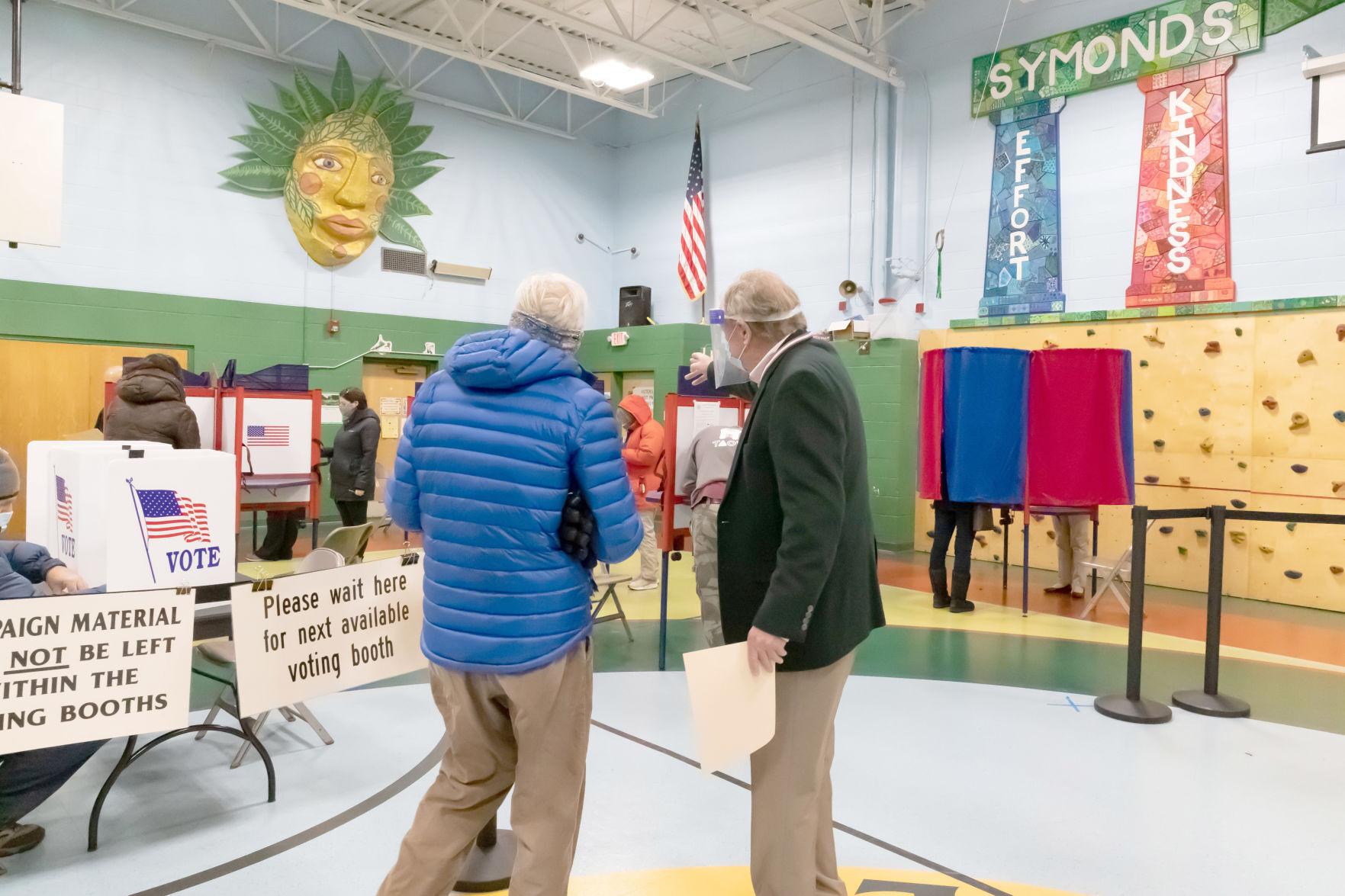 Monadnock Peer Support suffered a major setback Monday in its hopes to move into this property on Court Street in Keene.

Monadnock Peer Support’s hopes to move to a larger space on Court Street hit a major roadblock Monday night, when Keene’s Zoning Board of Adjustment voted to deny the special exception the plan depends on.

The Keene nonprofit agency, which now operates out of a building on Beaver Street, is under contract to purchase the former Woodward Home assisted-living facility property at 194-202 Court St.

The board denied the request in part because members felt it failed the criteria of not lowering property values.

MPS, which offers mental health support services, has outgrown its current facility and wants to move into the bigger space so that it can accommodate more programming. That includes several peer support programs and an expanded respite program with five overnight spots — two for a weeklong program and three for a two- to three-month program.

Executive Director Peter Starkey said last month that providing temporary lodging in a facility like MPS might cost around $1,000 for a week, whereas the average stay in a New Hampshire hospital for three or four weeks can be as much $100,000.

However, MPS’s contract to buy the former Woodward property requires the agency to get zoning board approval for its proposed operations. Group homes are allowed in medium-density districts, like this part of Court Street, only by special exception. The board voted 4 to 1 to deny the request after more than two hours of discussion during Monday’s meeting, held via Zoom.

“We are incredibly saddened by the decision of the ZBA,” Starkey said after the meeting. “We are saddened about the characterization made about people with mental health [disorders] as something that could decrease property values, when we feel that the mission and work of MPS adds incredible value to the community, to the neighborhood and to all citizens of Keene.”

While several members of the public spoke in support of the proposal, more spoke against it. As Starkey noted, the impact on property values was a recurring concern among those who voiced opposition.

James and Judith Putnam’s Court Street home is next door to the former Woodward facility. They both submitted letters to the board outlining their concerns, and also spoke during Monday’s meeting about some of them, including how MPS’s plans would affect property values, traffic and parking.

“Parking is very limited on the premises, so most of the clients would require parking on Court Street,” Judith Putnam said during the meeting. “This is a residential neighborhood and a heavily traveled main street. Adding significant parking adds to the hazards of driving, biking, emerging from a driveway or side street, or even crossing Court Street.”

Others raised concerns about whether clients would be showing up in severe psychiatric distress. Starkey explained that MPS’ services are designed for people experiencing some sort of crisis in their lives who need support, but not necessarily medical intervention. The services are not for people in acute psychiatric distress who need to be hospitalized, though Starkey has said peer respite can prevent someone from getting to that point.

Some residents were worried that MPS would expand its capacity, noting that the old Woodward building was designed to house far more people than the number MPS is proposing. Others were worried about children who live nearby.

Not everyone who spoke during the meeting was against the project. Maggie Rice, who said she lives around the corner from the property, said she was fully supportive of MPS’s plans for the building. She said the area is already populated with other businesses, adding that “nobody’s kids are playing ball in the middle of Court Street.”

“I’m disappointed in my neighbors who are being so unwelcoming to people who are seeking help,” she said. “Monadnock Peer Support and all the people they serve should have a home here.”

The zoning board weighed four criteria in determining whether to approve the request for a special exception. Members unanimously agreed that the plan met the criteria in terms of traffic requirements and that it had appropriate facilities (such as water and sewer access).

However, only one member, Jane Taylor, felt the request demonstrated that the project would not lower property values and was in line with similar uses in the area. Taylor was the only member of the board to vote in favor of approving the exception.

Starkey said MPS has several months to meet the requirements of its contract, and that the organization will now return to the drawing board to figure out its next move.

The property at 361 Court St. in Keene, previously the Prospect Place assisted-living facility, is set to house a new sober-living program.

A new sober-living program for those in recovery from addiction will open Wednesday in Keene.

The program will provide a safe space for men who are coming off of substances and need an intensive form of treatment.

The Court Street building has been vacant since 2016, when Prospect Place, an assisted-living facility, merged with Woodward Home. The new organization developed Hillside Village on Wyman Road.

In recent years, two other proposals have been pitched for the Court Street location.

A residential drug and alcohol treatment center was proposed in 2017. It received pushback from several neighborhood residents and was denied the necessary approval from Keene’s zoning board to increase the number of beds.

In 2018, a transitional home for girls who have experienced prolonged trauma was pitched, but the Vermont-based organization behind the project pulled it.

No exemption was needed for Live Free Structured Sober Living, according to Ryan Gagne, Live Free’s founder and executive director, who said the neighbors have been “fantastic.”

He said clients of the new program will receive daily treatment at 15 Kit St., another space Live Free acquired for intensive outpatient care. At Court Street, they will also have one-on-one counseling sessions and case management to link them with local resources.

“People will have a high-quality sober living experience ... allowing folks to have a better outcome,” he said.

Gagne, himself in recovery from drugs and alcohol since 2008, added that there is a need for this type of program in the area, especially with addiction services strained nationally due to the adverse effects of the COVID-19 pandemic.

New Hampshire’s number of fatal overdoses increased dramatically starting in 2013 and 2014 as part of a nationwide opioid epidemic. Fatal overdoses from opioids and other drugs peaked in 2017, with a confirmed total of 490.

In 2018, New Hampshire ranked third highest in the country for opioid-related deaths per capita, according to the National Institute for Drug Abuse, but that same year was reported to have the second-lowest level of access to substance-use treatment.

And while last year marked the second year in a row that New Hampshire’s number of drug deaths dropped, experts say the COVID-19 pandemic could cause numbers to increase yet again.

The new Court Street facility will accept Medicaid and several forms of private insurance, according to Gagne. He added Monday that the program already has a wait list.

After clients stay in the program for 45 days, Gagne said they will then transfer to another facility Live Free runs, on Marlboro Road (Route 101) in Keene.

In addition to being given a space to transition back into everyday life, Gagne has said the transitional housing program helps clients find employment, volunteer opportunities and permanent housing.

Live Free Structured Sober Free Living can be reached at 877-9757.

If you or a loved one is struggling with substance-use disorder, The Doorway at Cheshire Medical Center — a referral hub for people to get help with substance use disorders — is at 24 Railroad St. in Keene and is open Monday through Friday, from 8 a.m. to 5 p.m. Support through the state’s 24/7 hotline is available by calling 211.