At their first meetings of the new year — and the first for newly elected councilors — Keene City Council committees voted last week to push forward on a study of potential commercial service at the Keene airport and to hold a public hearing about 5G technology.

Councilors conduct most of their work in committee meetings, where members of the public can offer input and ask questions. The committee’s recommendations then go to the full council for a final vote.

As suggested by city staff, the planning, licenses and development committee put on more time a draft ordinance that would establish Keene’s guidelines for public right-of-way installation of small wireless facilities — technology that would allow providers to expand the current generation of mobile networks, 4G, as well as pave the way for the next generation, 5G.

“More time” is a term for when a proposal is sent to staff for further review. Putting an item on more time does not require full council approval, since the proposal will at some point return to the committee.

After listening to two concerned members of the public, however, Councilor Philip M. Jones suggested the council should hold a public hearing on the ordinance.

Globally, people have raised questions about the safety of this new technology. Because small cells have shorter wavelengths and need to be installed in greater density, there are claims of unknown health risks. A handful of people have voiced similar concerns at city committee meetings, including Councilor Terry M. Clark.

The International Commission on Non-Ionizing Radiation Protection, which has developed exposure guidelines used by governments around the world, writes on its website that a considerable amount of research has not indicated any such health risks.

Jones proposed a public hearing, and the committee unanimously voted to recommend the idea to the council.

The finance, organization and personnel committee recommended authorizing City Manager Elizabeth A. Dragon to negotiate and execute a contract for a market study of commercial service at the Keene-owned Dillant-Hopkins Airport in Swanzey.

The city’s current budget allocates $35,000 for this study.

If approved by the council this week, Dragon would negotiate with the preferred consulting firm: Crawford, Murphy and Tilly Inc., headquartered in Springfield, Ill. If that’s unsuccessful, though, the committee’s recommendation includes a provision that would allow her to work with the city’s second choice, Volaire Aviation Consulting of Fishers, Ind. Assistant City Manager Rebecca Landry told the committee that David Hickling, who takes over as the new airport director next month, has experience working with Volaire.

The City Council meets Thursday at 7 p.m. on the second floor of City Hall. 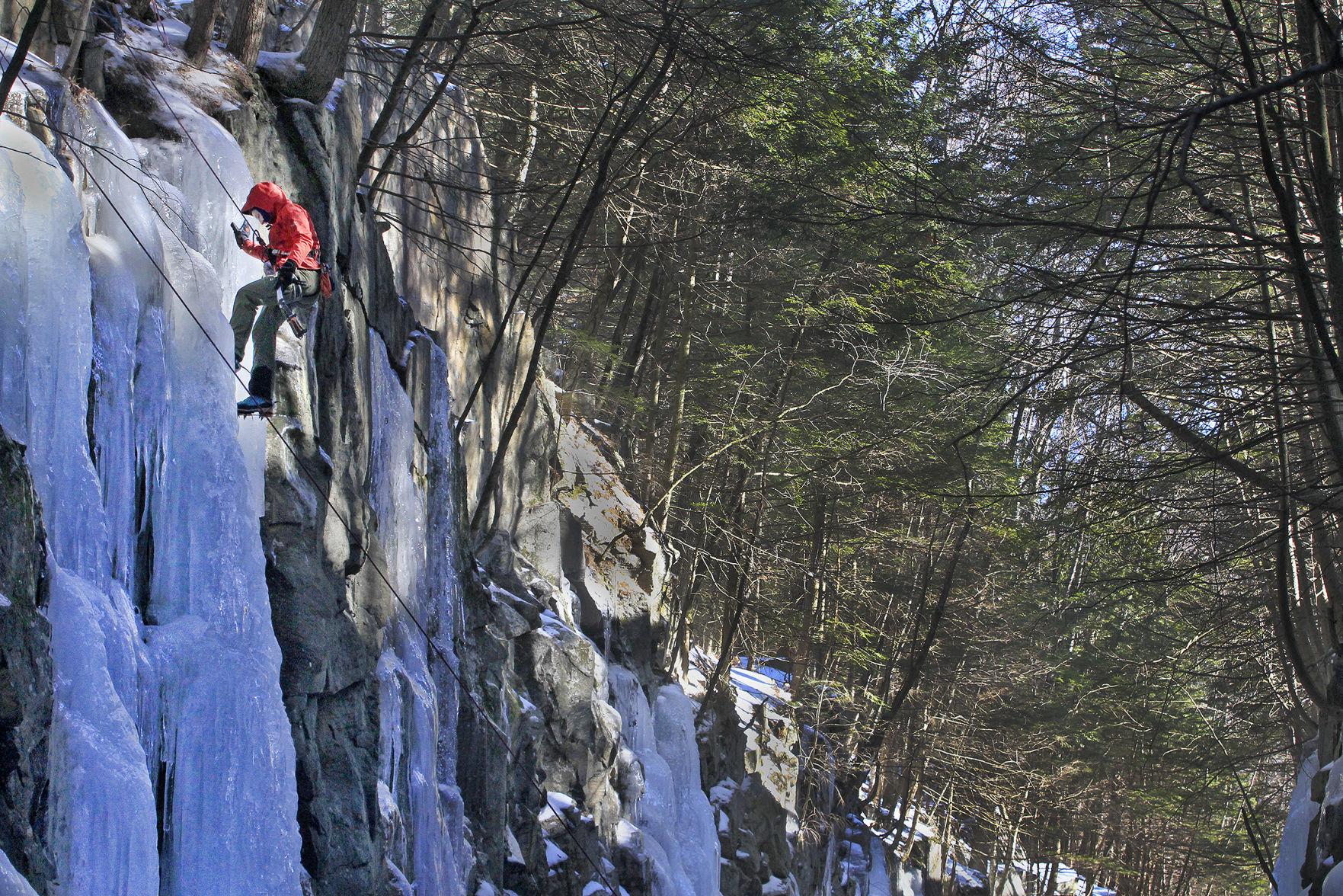 A large crowd turned out to a public feedback session in October for the double roundabout project the N.H. Department of Transportation is planning for downtown Jaffrey. The session, which was the final one put on by the state agency, was held at the VFW post on Hathorn Road.

JAFFREY — An $8.6 million two-roundabout project downtown remains on track to start construction in summer 2022, after the Executive Council authorized the N.H. Department of Transportation to extend its contract with an engineering firm, according to an agency official.

After a final public feedback session was delayed from last spring to last fall, the state agency needed to extend its 2017 contract with Vanasse Hangen Brustlin Inc. The engineering firm’s Manchester office has been helping with the design and public input phases of the project, DOT program specialist Richard Arcand said Friday.

The project is conditional on approval by N.H. Department of Transportation Commissioner Victoria Sheehan and a three-member commission appointed by the governor and Executive Council, according to Arcand. The commission members are David Wheeler, former executive councilor; Andrew Card and Samuel Hackler.

The goal of the project is to alleviate traffic congestion and dicey encounters between motorists and pedestrians.

One roundabout on the south bank of the river would form a hub, with five spokes connecting Turnpike Road (Route 124), Stratton Road, Blake Street, Main Street and Peterborough Street (Route 202).

Across the river, a new bridge would bring traffic from Peterborough Street in a westbound loop, forming a second roundabout to connect River Street and a new extension to Route 202.

The roundabouts would provide a continuous flow of traffic through downtown, while improving pedestrian safety by adding more walkways along the river and downtown business fronts, according to Marty Kennedy, a DOT engineer and project manager who has been at the project presentations.

Vanasse Hangen Brustlin was initially scheduled to end its work with the town of Jaffrey on New Year’s Eve, and will now continue until April 30, according to the Executive Council minutes.

The council voted unanimously on Dec. 18 to extend the contract.

In its work on the project, the engineering firm has had to confront several concerns shared by the public in the feedback sessions.

Most notably, the Lab n’ Lager tavern on Stratton Road will need to be razed, along with several other properties.

Donald “Doni” Ash, owner of both the Jaffrey and Keene Lab n’ Lager taverns, told The Sentinel Friday that regardless of what happens with the Jaffrey property, he plans on opening a new tap room at The Shattuck Golf Club in town this spring after buying the club last year.

Ash said he’s been told to expect a final decision on the future of his property this week from DOT officials. The owner added that hiring has become difficult at the Jaffrey Lab n’ Lager because current and prospective employees are worried the project could begin within a few months, rather than over the summer of 2022.

A second round of construction over the summer of 2023 is intended to complete the project, should everything go according to plan.

This report has been altered to note that this project is contingent on approvals by the commissioner of the N.H. Department of Transportation and a three-member commission appointed by the governor and Executive Council.

A water main break flooded the first floor of a university building in Keene Friday evening.

The Keene Fire Department arrived at Antioch University New England on Avon Street just before 6 to find water from one end of the structure to the other, according to Deputy Fire Chief Jeffrey Chickering. It was more than 6 inches deep in some areas, he added.

Firefighters pumped water from both inside and outside the building, Chickering said. With transformers nearby, the department also called in Eversource to shut off the power. Chickering estimated Keene Fire was on the scene for four or five hours, pumping water and working with utility companies to ensure there were no electrical hazards or gas leaks, he said.

Crews finished clearing the scene today, and will be back during the week to check in on other parts of the operation, Blomquist added.

As for a possible cause, Blomquist said the department monitored last week’s 2.1 magnitude earthquake in Tilton, and a small number of water main breaks can be expected to follow any seismic activity.

Representatives from the university could not be reached for further information on the damage.

A woman returned home after work Saturday to a burglary in progress, according to Keene police.

Just before 6:30 p.m., officers responded to a 911 call at a house on Foster Street, Nugent said. The house is rented by the room, he said, to the woman and three other tenants.

Nugent said the woman reportedly noticed a man inside the house when she arrived, though she didn’t think her roommates were home. As she approached the entrance, he said, she noticed a towel hanging over the door’s window and broken glass on the ground.

Nugent said she returned to her car and began to drive away, but then she saw a man outside the house. They reportedly had a brief verbal exchange, Nugent said, before the man left and the resident called police.

The house “had clearly been gone through,” Nugent said, and some food was eaten. Police won’t have a full inventory of what was taken until all of the tenants are home, he said.

This is an active investigation, Nugent said. Anyone with information about the burglary can contact Keene police at 357-9813.

BENNINGTON — A man was flown to a Massachusetts hospital Friday night after a snowboarding injury at Crotched Mountain Ski and Ride.

Bennington Deputy Fire Chief Matthew Hall said a man in his 20s had a “pretty severe” cut on his lower leg with significant blood loss, though it wasn’t life-threatening. He didn’t have further information on how the injury occurred.

The man, whose name was not available due to privacy laws, was airlifted to Lahey Hospital and Medical Center in Burlington, Mass., Hall said.

Emergency responders arrived sometime after 11 p.m., he said. The ski area is open Fridays and Saturdays from 9 p.m. to 1 a.m. for its “midnight madness” special, according to its website.